Sightseeing. The year began with an Arctic snap, which meant the Balaton was almost completely frozen over, and thus just in the perfect state for my tastes- its summery outing as a sea instead of a sea will stay forever alien to someone who grew up with an actual sea- it’s dark yes, and filled with algae and random small critters, and cold irrespective of the season (I hereby apply to the Black Sea tourist board as an absolute expert in promoting the hell out of it), but it is by all means an actual sea.

Lisbon on the other hand has a splendid river, with an estuary reaching the ocean, and a bridge named April 25th, which for sentimental reasons will forever be my very favourite bridge anywhere ever. It also has the Alfama, with its meandering narrow streets, clattering trams and miradors looking over the ramshackle beauty of the city that has quickly etched itself into my dark heart as probably the only one along the Southern edge of the continent I’d gladly accept living in. There is not much to be seen in Rua dos Douradores, but Fernando Pessoa was mildly to very miserable there, thus I spent an inordinate amount of time inspecting it, and trying to feel at least a little angsty, but that’s not so easy on resplendent spring days. And it all that wasn’t enough, you only need to take a short train ride to reach Sintra, and from there Cabo da Roca, the Westernmost point of the European continent.

Paris could seem a more straightforward crush, but I always had a conflicted relationship with it, especially with some of its more mainstream spots, so I spent my whole time there trying to avoid the Barbarian hordes- suggested means of doing that are very early mornings in Montmartre, when you can roam the streets alone and make mental exercises out of populating the streets with their long lost Bohemian crowd,  or a sheltered corner of the Luxemburg gardens, ideally just a little before closing time. Eger is still less of a tourist trap (except for the Poles, they love it) but also thoroughly inhabited by its past, and offering a spectacular view of rolling hills from its famed fortress.

Most people going to Cyprus will probably favour its beaches, but for those intrigued by existential aspects more complicated than sunbathing, visiting the divided Nicosia might prove more satisfying- after checking out the ghost of the Wall in Berlin, this time we were faced with a still ongoing exercise of humans drawing crazy borders. Zakynthos is presently as free of friction as you can get in this area (bar the locals wrestling inebriated gentlefolk coming from the British Isles), so the best tip is to approach a sleepy little beach like the one at Porto Roma and very intensely do nothing.

Finally, I have already sung plentiful praises both to Belgrade and Vienna, but I am not very likely to stop any time soon, so here you go: do visit the newly reopened Museum of Contemporary Arts in Belgrade, take a stroll through its still authentic outdoors markets, such as Zeleni Venac or Kalenić and visit the Jevremovac Botanical Garden if you wish to be alone with yourself, a few pigeons and a stern cashier. As for Vienna, this year we revisited the Hundertwasser house and concluded it’s still an awesome architectural fever dream. 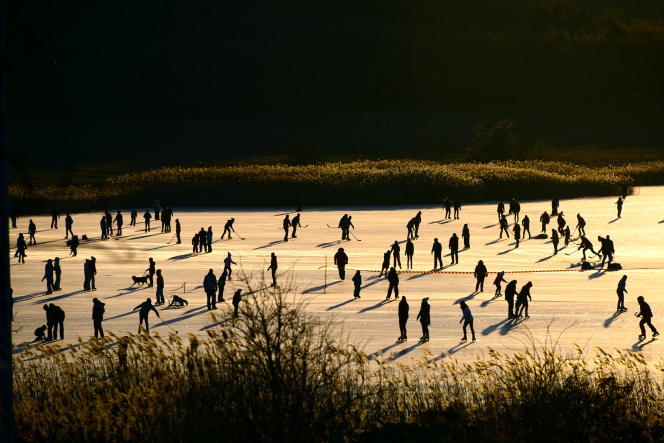 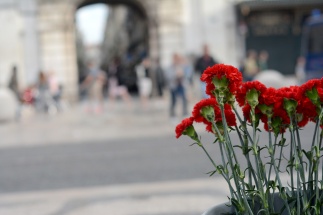 Eating. If last year I professed my love for pasta, this year I must mention the holy trinity of Mediterranean snacking: feta cheese, olives (preferably of the Kalamata variety) and dry red wine.  Or retsina, though somehow the red goes better with the cheese. Greek cuisine in general rocks my boat just so, therefore I had no complaints whatsoever on the fair island of Zakynthos, but wish to mention in particular the Argassi establishments of Gusto (best chicken souvlaki) and Peppermint (their tasty salmon defeated both myself and shock and horror, the blog’s industrious co-photographer, who is also a bit of a foodie.)

Speaking of fish, I used to thoroughly hate it, and I still may frown upon bits which taste way too fishy, and I do own up to the fact that this sounds a bit like Jessica Simpson not being able to tell apart chicken from tuna. This being said, I loved the bacalhau com natas in Sintra’s Tulhas restaurant and the salmon in 5Oceanos, which also has a view of THE bridge included in the experience.  Oddly, this time around I managed to keep mostly away from ćevapi in Belgrade, principally because the food in Bistro Grad was so great I kept going back, but I do need to express my gratitude to the lovely people in Drama Ćevapi, who made us a round of food even though they were just about to close, and thus saved us from certain death by starvation, which would have been dramatic in a city of such sumptuous food.

When in Vienna, the WienerWald chain is always a safe bet (our favourite is the one on Goldschmiedgasse), and even though one may find it a bit along the lines of a McDonalds for schnitzels, it comes with a genuine local atmosphere (most useful advice of this post: always follow the locals to where they eat), tasty and sizable portions and fair prices.

Drinking. Finding a good cocktail bar immediately raises the reputation of any city in our eyes, and Lisbon just had to excel yet again by serving us the Red Frog Speakeasy, whereas Nicosia went into the bad pun direction (and God only knows how I love a bad pun) by having a bar named The Gym, where people had already tagged themselves plentifully implying they’re living the healthy life while staring down the consoling abyss of a gin and tonic. The go to destination for cocktails in Paris is the Closerie des Lilas- the prices are the steepest for sure, but in exchange you can sit in a dark corner where Hemingway might have sat and look like you’re about to come up with the next novel to win the Booker, all while actually contemplating which is the closest metro station (probably Raspail.) All three places have also been tested as part of my Quest for the Best Whiskey Sour in the Universe, and have been found to be more than satisfactory, but compared to one another score as such: Red Frog First, Closerie second, The Gym third.

On the beer front we must mention that, predictably, Lisbon did not let us down, and once we found Cerveteca Lisboa (which was not particularly easy) we regretted nothing, whereas in Nicosia we camped at BrewFellas, incidentally a stone’s throw away from The Gym, so you can both live the healthy and the unhealthy life without having to walk a lot. If you really mean the healthy bit though perhaps it’s best to talk a stroll in the central part of town and then return to whichever of the two happens to be your point B. And though I am normally not very fond of sickly sweet cherry liqueurs, Lisboetas drink something called Ginginha in amazing quantities at any time of day and of course I loved it too. 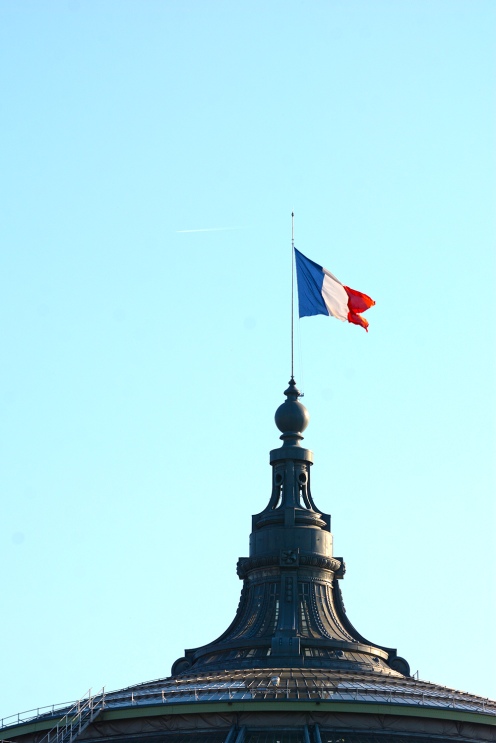 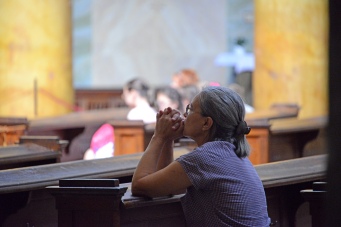 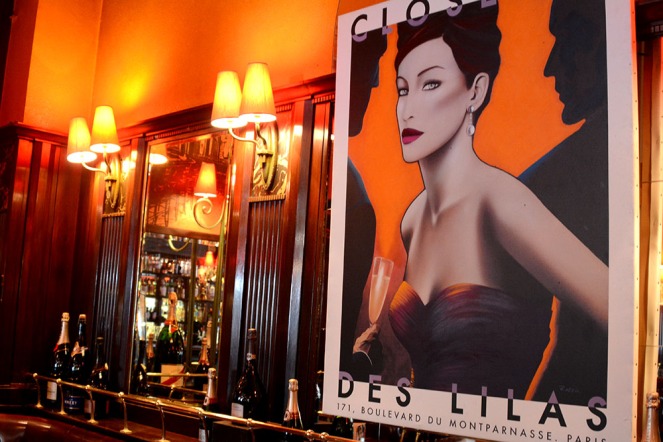 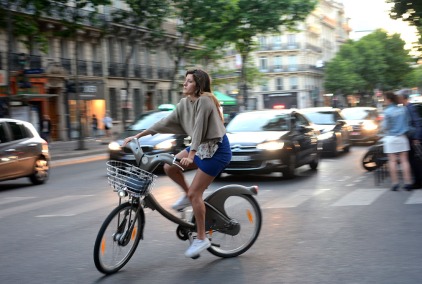 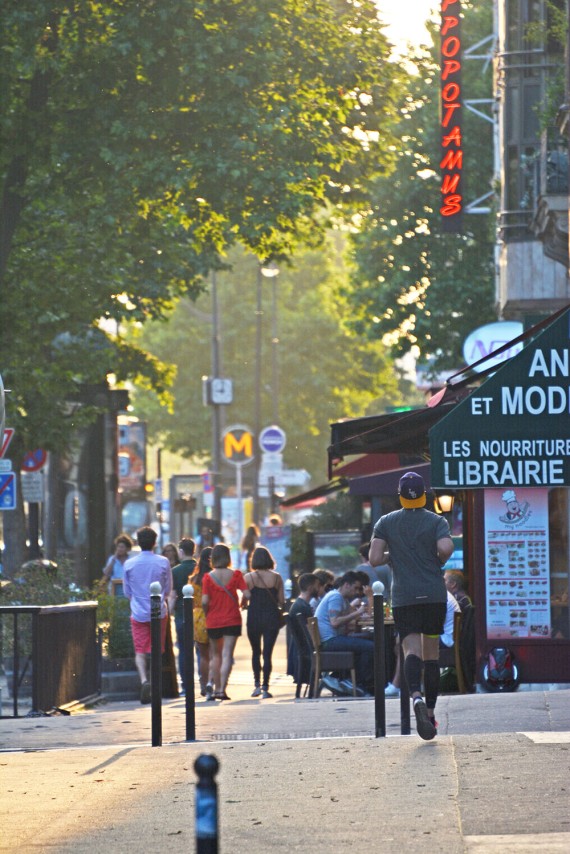 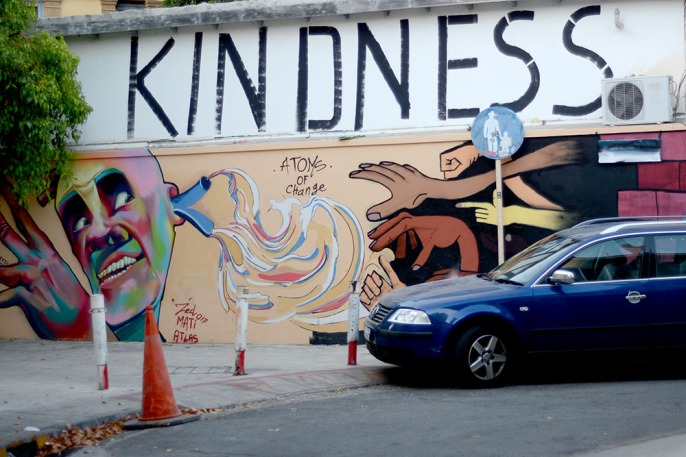 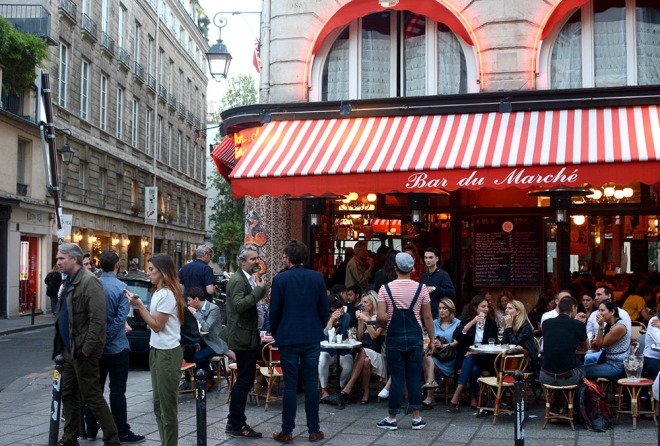 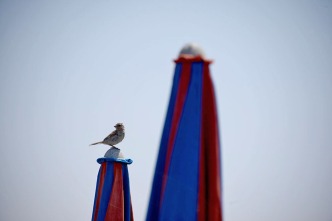 Coffee. It just dawned on me that this year we’ve almost exclusively visited countries which excel at the type of coffee I am not particularly enamoured with, namely anything dark roast. Lisbon does again have saving graces- Fabrica has roasts light as the gentle spring sun of the South, and when it comes to the dark ones, sipping one at midnight in O Brasileira is some sort of odd, but exquisite pleasure. Paris is a mess coffee wise, but if you know where to look you will find salvation- my two go to spots were Cuiller in Montmartre and Loustic is the Marais.

In Vienna we continued the mapping of coffee houses (which can be a life long project if you want to be very thorough) and found Hawelka’s old school charms much to our liking- a waiter proudly declaring I AM THE MENU always gets me off my feet. Belgrade also hovers between dark and light, in addition to last year’s discoveries this time we checked out Lula, cozy but a bit off the beaten track for tourists and the sumptuous Kafeterija on Kralja Petra, floors upon floors of people casually drinking coffee, chatting and smoking, thus making Belgrade one of the last bastions of genuine Central/Eastern European coffee house culture.

Speaking of Eastern European coffee culture- Turkish/Greek/Cypriot coffee has always felt somewhat on the weak side to me, as in something you drink before a pleasant afternoon nap, but the scorching heat of a Cypriot July would probably make anything stronger life threatening, so to alleviate the symptoms you may as well indulge in a freddo espresso- the above-mentioned Gym serves a great one in Nicosia.

Shopping. This one is here just so I can end on a note of incompetence. If there is something I can recommend, it’s the amazing Ler Devagar bookstore in Lisbon’s LX Factory, which makes me want to learn Portuguese immediately, so I can truly appreciate its treasures. In Greece I discovered Anamnesia, filled with genuinely good looking and sometimes even useful souvenirs, whereas in Belgrade you can drop in to Dechkotzar or Jevremova 25 for some local designer ware. And to crown my achievements, this summer I entered the famed Colette store in Paris and decided against buying anything because I did not want to have a heavy bag with me- they closed it earlier this December, so my ineptitude will shine on forever. 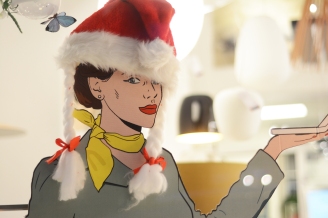 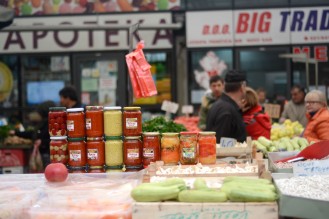 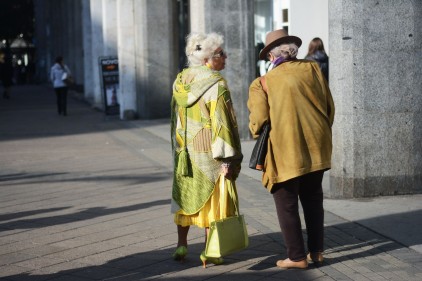 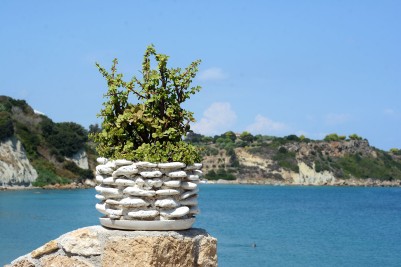 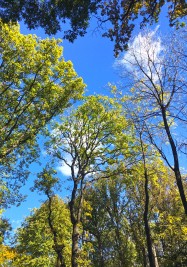 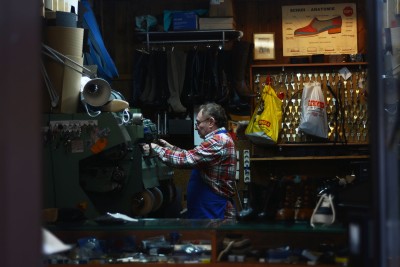 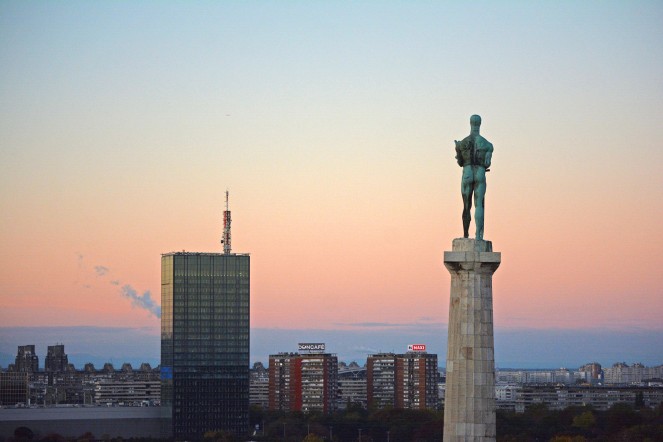 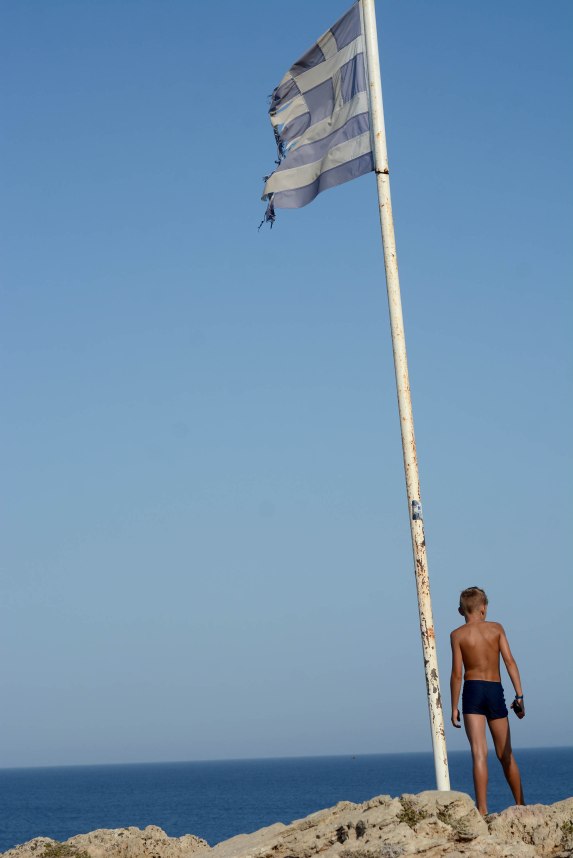 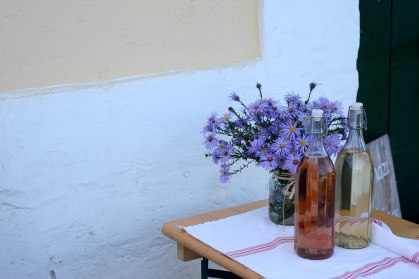 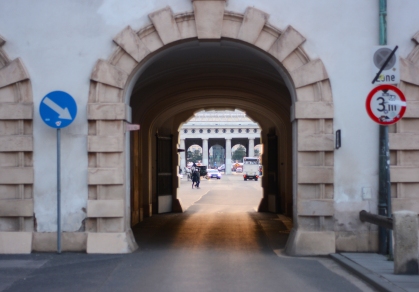