So this one is the confessional piece- as the title says it, because even bad things have a certain je ne sais quoi in French: I don’t like the Champs-Élysées. Or, even worse, I am totally immune to its charms. As far as I am concerned, it might as well not be there- something must surely lead up to the Arc de Triomphe, but I am not sure a shop infested avenue with ever gaudier plastic signs and overpriced restaurants should be it.

The only iteration of the Champs-Élysées which elicits definitely positive feelings in me is Joe Dassin’s song,  and exclusively when featured in Wes Anderson’s The Darjeeling Limited. For the whole point to it is that, when you’re stuck in the hot belly of India, the Champs-Élysées feels like that proverbial good idea. It’s a dreamscape, a distant land where you will welcome the unknown and it will be full of wonders.

When you arrive though, it’s filled with honking cars and their irritated drivers and the longest traffic lights known to man- though this last bit is true of Paris in general, which results in exasperated people criss-crossing the road muttering curses and hoping for the best. Plus that sub-type who doesn’t even deem the situation worth a curse anymore, and just launches into the intersection with full majesty and aplomb,  like Napoleon invading Russia, and we all know how that ended.

Then there’s many high end stores, and they are probably charming if you think paying thousands of euros for a piece of cloth with a Chanel stamp on it makes sense, plus you’re strong enough to withstand murders of decidedly crow-like shoppers zooming in on their pray. Actually, I might be insulting crows here, they seem sensible enough birds to only zoom in on things they actually need.

The architecture is awe-inspiring enough, but there might be just about a hundred too many gilded details for me-  and that’s true for the whole area which I’ve always considered a complement to the Champs-Élysées, because I simply cannot spend too much time on it without wishing to get out: the Place de la Concorde, the Place de la Madeleine and the Place Vendôme.

The latter holds a minimal charm due to the movie starring Catherine Deneuve, which is not one of my favourite products of French film making, but reminds me of the ancient times when my hometown actually had arthouse cinemas. It also provided for some entertainment when the exasperated half of a touristy duo incredulously exclaimed: Mais t’es con, t’as photographié son cul! (Randomness here: I thought I’d check if Google translate gets the sentence right, and sure enough it does, but immediately assuming, in a rather gender biased way, that the cul should belong to a lady. Well, it doesn’t, as those who are familiar with the square and the column in the middle have already guessed.)

I’ve probably rambled enough already- and hope not to have offended aficionados of this most famous of boulevards.  Should you happen to like it, do not hesitate to spend time there, so we’ll evenly split the distribution of people in the French capital. I’ll just check it out for those ten minutes on June evenings when the light of the sunset pours directly through it towards the Concorde- these ten minutes are so spectacular that they almost act as a saving grace. But only almost. 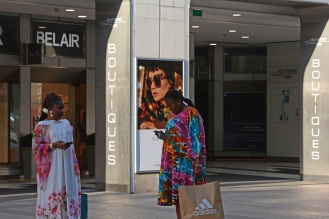 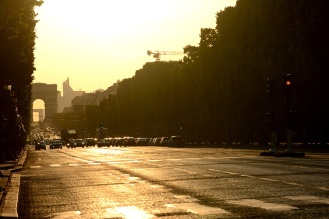 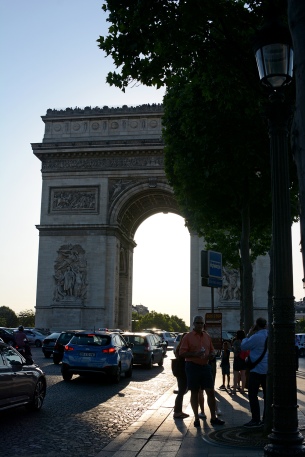 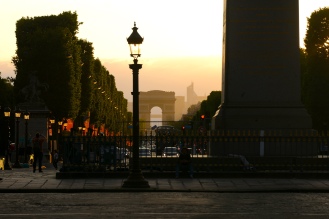 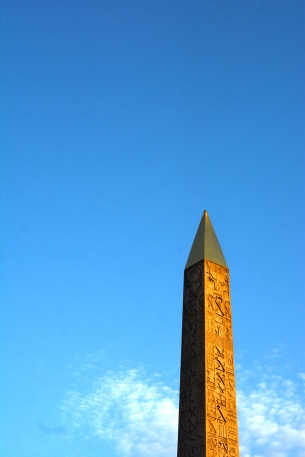