This should be the Bourdain/Ramsay style foray into the culinary wonders of Greece, only I can’t cook for the life of me, and would probably be the kind of person who in Ramsayian terms summons a demon instead of making soup. Also, my favourite local dish is chicken souvlaki and I have an undeniable propensity for cheap retsina. All these things obviously disqualify me from the job, but complete lack of talent at doing something has never been an obstacle to my marvelous exploits, so here we go.

There is no Zakynthian fetish produce, akin to the Corfiot kumquat, but the island has vast olive tree plantations, and vineyards. There are however two types of cheese which are typical to the island, the so-called ladotyri (literally oil cheese) and ladograviera, which are basically feta and graviera cheese respectively brined for several weeks in local olive oil.

They work perfectly as starters, alongside, obviously and rather unimaginatively, tzatziki. The best version of which we sampled in Argassi’s Gusto restaurant- possibly due to the Venetian background, very many restaurants, taverns and beaches have Italianate names, alongside the presence of all Greek obsessions encompassing the entire pantheon of gods and a few heroes and titans. Gusto also serves great, pause for effect here, chicken souvlaki. I was however avenged to discover that poultry has a relatively high incidence in Zakynthian cooking, especially compared to the rest of Greece, as the island’s green pastures provide good grazing areas for a large variety of domestic animals.

Another typical trait is the presence of thick sauces, such as the ones used for the stifados, meaty stews made usually of beef or rabbit, accompanied by baby shallots- I went for the beef version at Athena (see, the pantheon) restaurant in Argassi, while the blog’s industrious co-photographer showed no mercy for the fluffiness of bunnies and tried the rabbit one in Taverna Gerakas, the last restaurant on the way to Gerakas beach. Both were successful experiments, and I can further recommend Athena for the splendid bougainvillea surrounding the tables, though it’s anyways hard to miss it if you walk on Argassi’s main road as you’ll be informed several times a day that ‘there is a restaurant with great food under the flower.’ Generally there will be someone, or usually a flock of someones in front of each restaurant saying hi and inviting you to go in, which probably works most of the time, else they wouldn’t be there, but can feel a bit oppressive when you have to refuse the umpteenth poor soul given the fact that you’re stuffed as a French goose.

Oddly for an island, fish isn’t as present on the menu as one would expect, and only few restaurants offer fresh fish, generally at rather steep prices. As such we only went for fish once, and it was salmon- not very local, obviously, but it was delicious, served in the Peppermint restaurant with saffron sauce and grilled vegetables. Peppermint seemed to be highly popular, especially in the later evening hours, and as they offer several starters and fresh fruit on the house, it’s best to go hungry as a wolf. Price-wise most restaurants seemed to hover in the same range, with a meal of starters, main course and wine costing around 35 to 45 for two persons, a bit higher than that if coffee and dessert was also included.

Speaking of the desserts, there is something called Zakynthian sweet on the menus of several restaurants, and what it covers is frygania, a rather complex affair made with bread crumbs, a custardy-syrupy sauce plus cinnamon and walnuts. It’s intense but delicious- we had a really good one at the Porto Roma restaurant, right next to our favourite beach, accompanied by coffee.

When it comes to coffee though the situation is not as rosy, even if there’s a rather large variety of it to be had. Poison tasting bitter and muddy Italian type espressos, several versions of freddos (basically the previously mentioned Italian things with ice ground into them), Nescafé as a valid restaurant choice (not joking, and no, this is not the ninth circle of hell) and Greek coffee. Which is the same as Turkish or, as we’ve seen this summer, Cypriot coffee, only generally weaker. While the taste of this latter beverage is usually acceptable, it will have minimal energizing effects, perhaps because the leisurely inhabitants of a Mediterranean island find it superfluous to be energized at all.

Wine is a different matter altogether: the island is suited for vineyards both from the point of view of climate and soils, and has many native or near native varieties. Verdea, a Traditional Designation PGI dry white, is the most famous Zakynthian wine, while on the red front Avgoustiatis is the best known. Solomos Wines seems to be the most ubiquitous winery, both in supermarkets and restaurants, and most varieties we’ve tasted were good- but this is input from a person who buys a three-euro retsina the moment it lands in Greece and finds it divine. I do however consider myself to be actually pretty competent at beer- too bad that’s a skill of little use on Zakynthos island, where beer-wise you’re left with the decent but unspectacular summer beer choices of Mythos, Fix and Alfa, plus some global brands not worth mentioning. They do however cater to the UK public with diabetes inducing sodas as well, and I simply can’t resist the bubble gum Scottishness of an Irn Bru no matter where I might be.

Lastly, a bit off topic, but let me mention the matter of souvenirs. As a new sign of maturity, I have been trying to ween myself off silly Chinese made souvenirs and opt for locally made things of actual use. (I also hoard stones as part of this adulting.) When it comes to Greece, the first choice is always cosmetics- they have several brands of mostly ecologically sourced beauty products that actually work and do not cost an arm and a leg. My favourite brand is Korres, who make many wondrous things, among them the only efficient sunscreen that doesn’t clog my pores to death.

While wandering around the rather aesthetically challenged Zakynthos town, I did manage to make one useful and beautiful discovery: Anamnesia (see what they did here, against amnesia) gifts, with stores all over Greece, has a wide range of locally made stationery, accessories and home-ware which will bring some summer into the darkest places, such as this horrid rainy day when I’m writing this bit here. Thinking of chicken souvlaki. 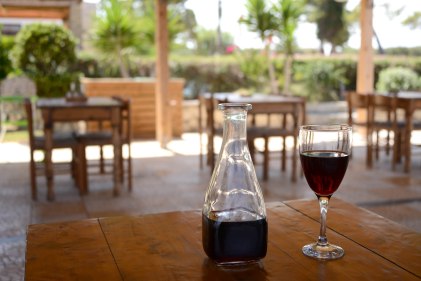 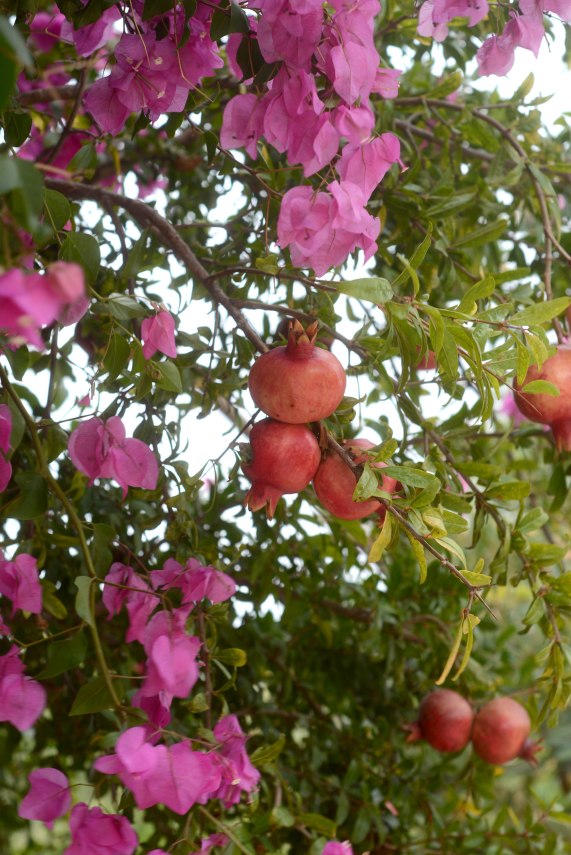 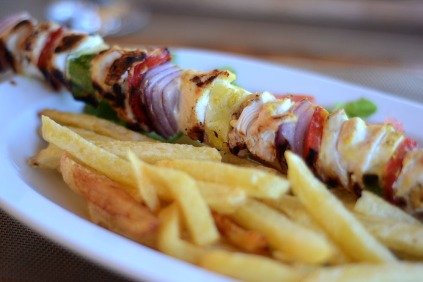 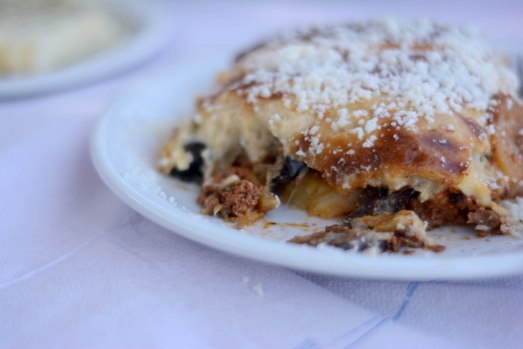 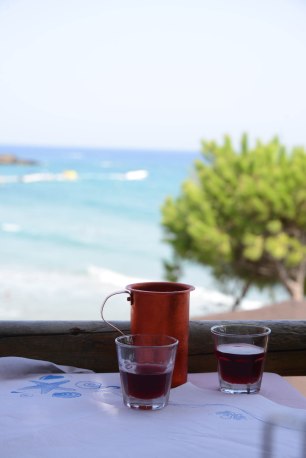 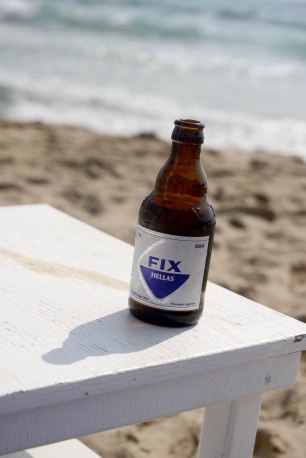 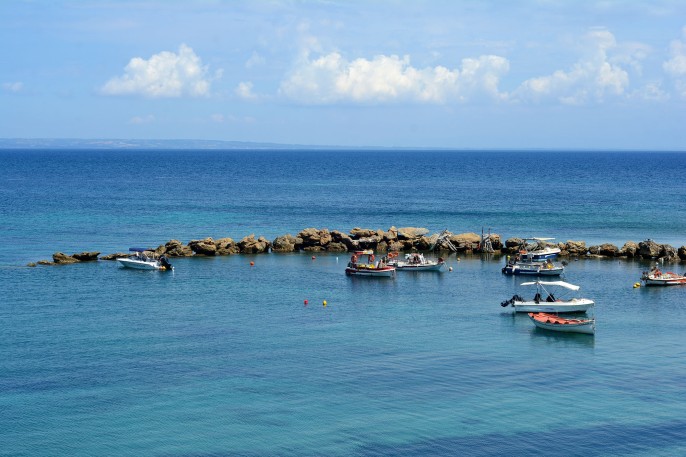 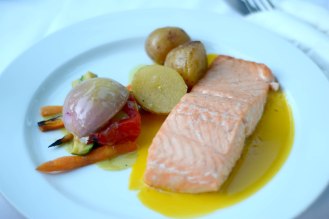