General traits: dignified demeanour, underlined by a gracious but insistent limp: I am wounded, help me, minion. Will materialize out of nothing like a Hellenic Cheshire cat at the first clink of a plate in the morning. Food of preference: bacon, ideally dislodged from an English breakfast, with a bit of beans on the side for extra juiciness. Should the bacon not come to pass, cat food will do, but only after you’ve been given a stern ‘you’re bloody kidding me look’. Tactics: Lying around with easy but poised Mediterranean grace, like the Greek delegation at the granting of EU funds. Motto: Any time is time for breakfast.

Leader of the Pack, unquestioned overlord of Argasi’s Cat Farm

General traits: Leonine yellow coat, left ear flopped to one side, like the badge of honour of a cat that will stop at nothing to make you pay. For anything and everything. Your sins are known to him and he will make you regret every last one of them. The pirate lord of Argasi’s back alleys and leader of a helter-skelter crew of disgruntled felines. Food of preference: Fretting over choices is for the weak. When you rule, meals become mundane. Meat is however preferable for efficient ruling. Preferably a lot of it. Raw.  Tactics:  Ambushing. Intimidation. Pillaging. Raiding. Vandalizing.  Motto: I own the streets.

General traits: Of extreme but ladylike fluffiness, will lie next to you bright eyed and bushy tailed while increasingly irritated waiters will first not look at you, then acknowledge and avoid you, then begrudgingly take your order and finally bring you something completely different. Food of preference: Should you feel disinclined towards that something completely different, Fluffy is at your service. Tactics: Just being fluffy and adorable and social media friendly. She knows you can’t resist it and you know it too. Motto: A little fluffiness goes a long way.

Enigma cat, just sitting on an empty food rack, because she can.

General traits: Black as the night and most likely her soul. At peace with the futility of existence, she is beyond trying to be nice or friendly. Will give stern and condescending looks to overexcited, drooly dogs, who are as far from Nirvana as Vasilikos is from Patagonia. Food of preference: Prefers to keep mum about it. Tactics: Contemplating the circus of life in silence. Occasionally twitching her paw to check whether she has melted into the essence of being already, or not. Motto: All mottos are meaningless.

General traits: Unobtrusively sneaks onto Athena restaurant’s terrace.Not big, not small. Not too pretty, not ugly either. Cute, but not overdoing it. Will signal presence by delicate meowing, but will not insist if politely advised away.  Food of preference: Absolutely anything you feel like giving her, though she will apologetically leave behind some smudges of tomato sauce. Tactics: Being so tantalizingly average as to completely blend into her environment, so you just throw her some food by unconscious reflex. Motto: The greatest trick a cat ever pulled was to convince you she was not there.

General traits: Shows up on the beach to wallow in his sorrows and contemplate his bad fortune, only to see that he’s not alone, feel like his deepest, darkest secrets have been uncovered and retreat behind a car pretending to be checking the tires.  Food of preference: Actually starts chewing on a bit of car, like a pig from a Kusturica movie, but we hope this is only due to his general gaucheness and he actually prefers fish or something. Tactics: When caught red pawed, pretend a slightly muddy vehicle is the most interesting item ever made, then sit beside it, unable to disguise a certain longing. Motto: I have so much in me, and the feeling for this Opel absorbs it all. 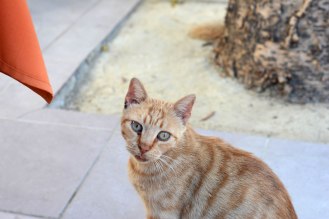 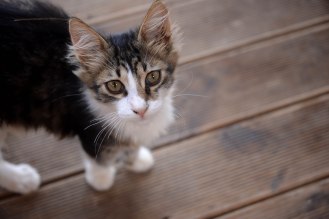 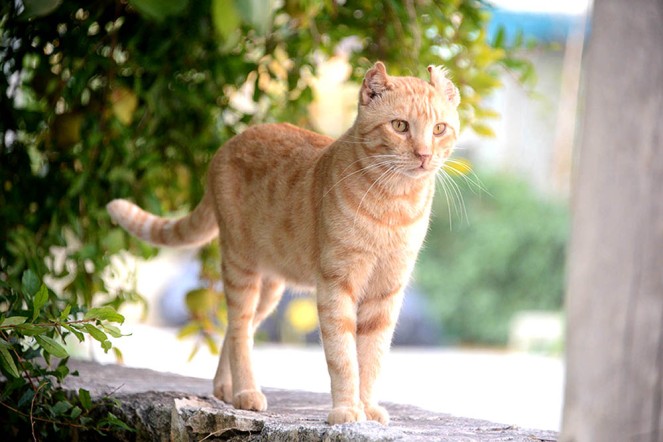 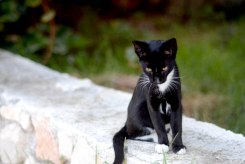