I have a kind of claustrophobic fear of reading any further books by Roberto Bolaño, knowing that eventually I will run out of them- for good, as he’s not around to write new ones anymore. 2666, despite the relentless gruesomeness of many of its 912 pages is also one of the most hypnotic novels I’ve ever read- an absolute winner for the books to be taken to a desert island list (I’ve also decided that these will be exclusively ridiculously long novels, so I don’t get bored of them too fast). But then The Third Reich presented itself, a stylish white slab of an edition waiting patiently for me to raid the bookshelves of Massolit, and the die was cast.

The Third Reich has many of the strengths of 2666, while being, well, shorter, easier to digest, the perfect summer read for hipsters and geeks, albeit a pretty dark one still. There’s this sense with Bolaño that you’re never too far from an unnamed catastrophe, and even if it doesn’t materialize, the menace will linger on. The recent problem I’ve been having with a lot of crime fiction is that I find the denouement disappointing, a sad coda to an exciting adventure and Bolaño has a gift of hinting at unsaid things- the best end, of course, is when there is no end at all.

Logically, I decided to follow Bolaño up with exactly one of those slightly disappointing crime novels, though Rebecca Pawel’s The Summer Snow at least has the saving grace of happening in Franco’s Spain. I have an inkling few people felt Franco’s Spain to be a saving grace, but it’s the historical backdrop of the novel that gives an exotic twist to the otherwise slightly flimsy plot. I have almost forgotten who the killer is, and regret nothing, but I do keep an exact memory of how the book felt, the atmosphere, and also wonder whether the odd couple of the rich boy enlisted in the Guardia nacional and his communist teacher wife is even marginally credible.

The summer continued its trajectory of discoveries with Chimamanda Ngozi Adichie’s Americanah. I’ll be frank and admit that when I googled the Nigerian locations of the novel I was somewhat appalled to find out that Nigeria is not really where I expected it to be on the map of Africa. Just a little to the west, but compared to my otherwise sharp geographical skills, Africa remained- and remains to this day a somewhat approximate landscape of strange peoples I can’t really put my finger on. And of course, they are black, and although there’s so much being said on the subject in the media these days, a child in Eastern Europe in the 80s and 90s had all the chances of growing up completely outside the debate, so I breezed through life for a lengthy period very honestly not making any difference based on skin colour.  I was thus appalled to find out of relentless relaxer crusades to tame afros- let’s say a symbol of the often complicated quest an African must face when living in America or Europe. And I thank Chimamanda for an eye opener which is also just an excellent, oh God I will use high school literary criticism terms here, but there, I will say it: bildungsroman.

While Americanah was everything I expected it to be (and a little more, in keeping with the cliché),  Jennifer Keishin Armstrong’s Seinfeldia was however rather disappointing. It’s presently a coffee table book on my IKEA Lack, because I found that to be amusing in a Seinfeldian inception way, as a coffee table book about a series which is also concerned with books about coffee table books. For otherwise it’s just a well-documented but ultimately unexciting collection of facts- which, if you’re a Seinfeld fan, you’ll know anyways, and if you’re not, you won’t be bothered about. I was about to say ‘not that there’s anything wrong with that’, but actually, in our present case- there is. This book is just too reverent and dry for a show which was many things, but above all, irreverent and ebullient with silly yet poignant ideas.

It has a very good cover though (a very fine coffee table book, I must say), so I’ll dive straight into the other pretty looking but ultimately unsatisfactory book of the summer: Johan Cruyff’s autobiography, My Turn, which in its Romanian edition comes with orange edges to the pages too and it was this nifty touch that finally convinced me to buy it. I am an absolute football theory fiend, so this should have ideally been a gem: the book of the man who shaped total football as we know it and started the philosophy which brought along Guardiola’s magnificent Barcelona. The truth is cruel though, like a game when Barca has 79% possession and loses one-nil with an unfortunate deflection: Cruyff was a footballing genius, no doubt, but also a pompous ass with a special gift for ultimately annoying and alienating almost everyone who crossed his path- a spectacular who hates who of Dutch football (who knew they were so passionate) and one brilliant chapter of theory out of, you guessed, fourteen. At least he was consequently conceited till the end.

My one special plan for this year’s Sziget was to keep reading something throughout the festival, and I decided that the best option was a book of short stories, as a novel would probably be too involving, clashing with the involving-ness of the festival itself. In a fortuitous turn of events, I found Marius Chivu’s collection of short stories, Sfârșit de sezon (since I’ve been translating a lot lately I’m lost here pondering whether I would translate it as Season’s End or End of a Season). This particular delight is thus, for the time being, forbidden to non-Romanian readers. I was however pleased to discover many experiences similar to mine, a book about my, our generation then, with the added precision of matching geographies as well. He’s a young writer (complimenting myself here, cause then I’m young too), so there’s a roughness to the edges, but also a lot of little epiphanies, let’s call them, and they’re the best thing about short stories after all- grace without long term commitment. I also reached a paragraph mentioning The Kills while I was queuing for burgers before The Kills- you know, the universe aligning and all that.

I go the hang of Romanian short stories so much that I immediately rushed into another author, Alex Tocilescu and his Imperiul Pisicilor ( Cat Empire? The Empire of Cats?), whom I’d gotten to know because he posts his cats on Facebook. No, really, he does that, but he’s brilliant at it, an unsung master of a genre that could be so trivial, if he weren’t so much fun. That kind of perceptiveness and gift for immediately satisfactory punchlines translates well to short stories, plus he has that kind of sense of humour which often hovers on the edge of being almost vulgar yet somehow always saves itself last minute, like an acrobat correcting the jump with the last flicker of a move.

In late summer I also managed to reach the final Haruki Murakami book I’ve been keeping for myself, though in his case I can at least hope that there are more to come. A bit of a niche read, Underground is basically a collection of testimonies connected to the Tokyo metro sarin gas attacks of 1995, a meticulous account of eye witness stories collected and collated by Murakami, who sought to find an entry point into the psyche of his nation by telling the stories of those who lived through one of the most traumatic events of its recent history. Strangely enough, the attention to detail reminded me of none else than Bolaño. They share the same mesmeric quality of writing and you suddenly find yourself engrossed and totally captivated by subjects which you would never have imagined being even remotely interested in.

James Blish’s Cities in Flight (the whole four novel omnibus) was one of my quirkiest finds ever: Harry McVeigh of White Lies posted a picture of himself immersed in it before one of his gigs on Instagram (not doing myself favours here as to the seriousness of my endeavours) and then I read on Wikipedia that one of these Cities in Flight is Budapest. Buda-Pesht as it turned out, and it’s fairly prominently featured with a description of what should be the Chain Bridge roaming though the lofty vastness of space. Though not the most passionate science fiction aficionado, I did find the series very much worth the effort. The best part may well be that, as the books were written in the mid-twentieth century, our histories diverge radically around the 80s and it is fascinating to indulge in the possibility of this parallel reality. The one thing that irked me though was the silliness of the female characters- Blish imagined many outré things, but having a heroine do something of actual import was nevertheless beyond his reach.

It was thus slightly odd to jump into the decidedly feminine world of Emma Cline’s The Girls, the imaginary story of a teenager falling for the charms of a Mansonian cult in late 60s California. Cline is great at capturing the breeziness of both California’s climate and the hippy era, and of course the breeziness (and messiness) of being a teenager. It’s however obvious right from the beginning that the plot will evolve in a very unbreezy way, similarly to the actual events of the Sharon Tate murder (no spoilers here then), so the most intriguing part is how Evie falls not for the charms of the cult leader, as would be expected, but for that of the girls with whose apparent freedom and carefreeness she would like to ultimately identify.

There was much positive press for The Girls, most of it deserved, yet even if it made it to the Booker Prize long list, Madeleine Thien’s Do Not Say We Have Nothing was less of a fashionable bookshelf darling. And that is a grave mistake, one of the gravest, because I am refraining myself with great difficulty from showering it with all the epithets that I suddenly remember. The novel tells a many layered and often heart-breaking tale spanning decades in the history of modern China, from right after WWII, through the years of the Great Leap Forward up to Mao’s death and then the Tiananmen square protests. There are constant references to music (most of the characters in the story are musicians), literature and Chinese ideograms, and while adding all these ingredients to a book might seem to be verging on an overkill, everything is seamlessly aligned like the notes of the most perfect of songs. I always take it with a pinch of salt when somebody comments on a book as a triumph, but once in a while, they get it spectacularly right.

Finally, surprisingly to myself as well, I kept up with the commitment of reading a poem a day from Leonard Cohen’s Let Us Compare Mythologies. However, while I think I can write reasonable well about prose, I will in all likelihood forever grapple with making sense of poetry,  so I considered this more of an exercise of actually just trying to do it, like learning to swim in the shallow waters at the shore. Then I also took that most horrible of summer pre-holiday shots with sunscreen and the (very beautiful) book- the master has an uphill battle with me, I’m afraid. Or perhaps this is just the updated translation of a yearning to be on the island of Hydra, looking out at the sea writing. Blog entries. Or poetry.

For the previous installments of this year’s book diary you may take a peak here and here. 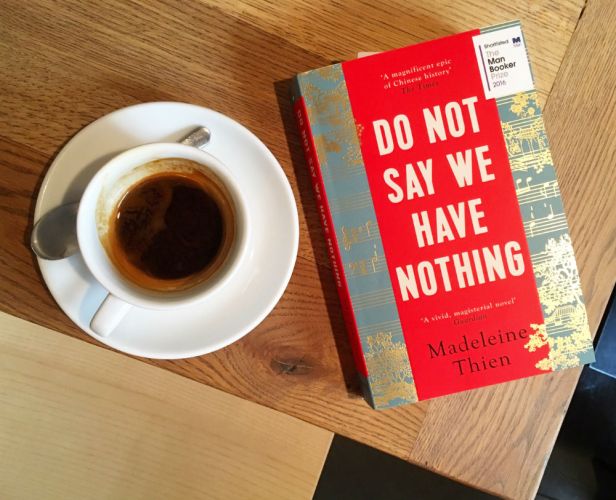 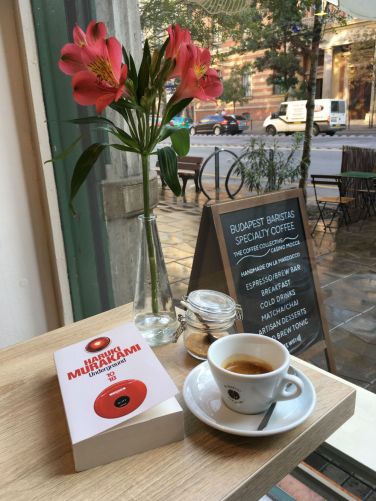 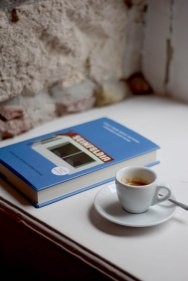 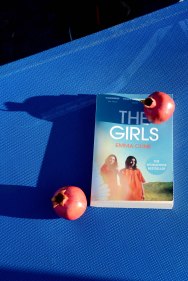 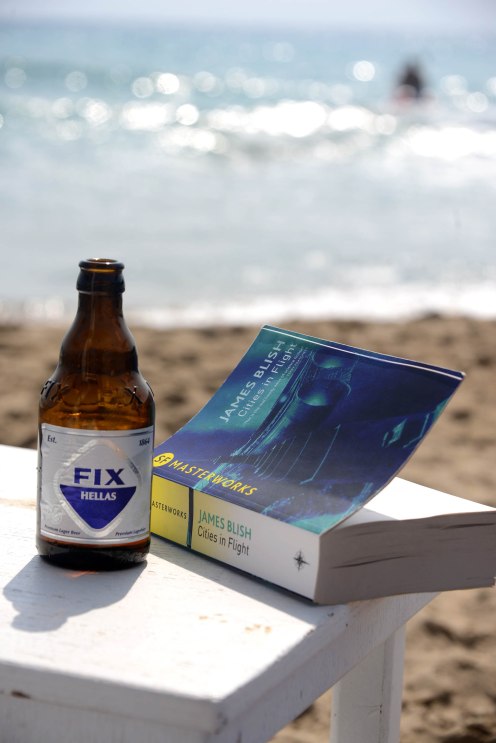