As promised at the end of the May edition of the book diary, I’ll start this one with Nick Thorpe’s The Danube, a good bit of which I very stylishly read right by the river itself, on the beachy part (just realized what a horrible Hunglish pun this is) of Fellini Kultúrbisztró. Tapping into one of the themes of the book- the changing nature of the river’s landscape, especially when confronted with the trappings of modernity- let’s mention the fact that lounging so close to the river on Római part might become a thing of the past, with the construction of a dam planned for the area. While some might see it as a welcome development, and others as a method of making some cash, or better said some funds ably channeled to an account in the Seychelles, I will just conclude that totalitarians have always loved concrete, because it gave them the illusion that they can control asphalt slabs, as opposed to nature, which will invariably have her own way in the end.

Returning to the book itself- Thorpe was actually based in Budapest at the time of its writing, but the thing I appreciated most was that, as opposed to the majority of works on the topic, he starts the journey upriver, from the Delta towards the springs. As most travelers grow weary towards the end, and tend to glide over details when in sight of their ultimate goal, the information on the Romanian and Bulgarian stretch of the river becomes scarce as opposed to the strudel fluffiness of the German and Austrian leg. (Hungary is always a bit of a limbo, though.)

Thorpe, on the other hand,  spends a lot of time- both physically and in writing, in these downstream areas, and brings welcome accounts of the Danube Delta’s fishing communities, the Cernavodă reactor or the island of Ada Kaleh, among other things, while also dwelling on the geological and biological aspect- I know much more about sturgeon fishing than before, and while this might not seem like overly relevant information at first sight, it definitely offers you a different perspective on the life of the river, both in the present and in the past.

I generally tend to follow up on non fiction with light reads, but this time around I might have failed a little, and I went for Dragan Velikić’s Russian Window. While I had been intending to read Velikić for a while now as part of my forays into modern Balkan literature, this particular novel was a cat in the bag find at the Geopen publishing house’s stand during the Budapest Book Festival. I was also gently warned against it as being rather masculine, whatever that might mean. In our particular case the lady gave me the impression that she felt Serbian literature in general was masculine- perhaps more of a confusion with the stereotypical image of a Serbian man trying to do away with any of his large number of foes, possibly with a machine gun.

And indeed our main character is male, and thus goes through some generally male experiences, such as when, in opposition to the above mentioned martial myth, he flees the country to avoid military service and ends up in Budapest. This was probably the most captivating part of the book for me, as the city described by the author predates that of my arrival by a couple of years or so, and I also enjoyed the introductory passages, which are somewhat of a novel within a novel and have a wry and rather Balkan sense of humour which fades out of focus as we move on. This being said, the style felt a bit too dense towards the end, with not enough substance to sustain it throughout, something akin to trying to swim across a river and realizing that the current keeps you in an indefinite middle.

I thus tried to make sure that next read was light as feather and went for Esmahan Aykol’s Baksheesh– or so says the title of the English translation, as I’d read the Italian version, which is called An Apartment in Istanbul, whereas the Turkish original translated word for word means Bargain House. A bit of a translator’s puzzle then, maybe more complicated than our actual crime plot, which is pretty easy to guess but is nevertheless made enjoyable by the quirky if a bit hard to believe figure of our detective, a fortysomething German owner of an Istanbul bookstore with red hair and questionable taste in men. As the novel was written more than a decade ago, the realities depicted have changed quite considerably, and it would be interesting to see how Aykol’s character (who takes plentiful liberties at poking fun at both Germans and Turks) handled today’s Turkish society.

Next up are two books that I basically stormed through during a long weekend (long weekends when you do nothing but read being the best long weekends and there’s no arguing about that), though neither is particularly stormy by nature. I picked Max Blecher’s Adventures in Immediate Irreality off the bookstore’s shelf as I had been impressed by Scarred Hears (about which you can read in the May roundup as well) and sometimes I just cannot contain myself when I have a literary crush. I also love the Romanian title, and must admit that the new English translation is considerably more fortunate than the earlier Occurences in the Immediate Irreality, as it is suggestive of an entire state of mind and being, of which this slim and elegant novel is but a small fragment.

While Blecher is fairly unknown to Romanians as well, Joan Didion is a sort of patron saint of all hipsterdom, particularly women- any moody (also minimal but bohemian) shot of Some Important Influencer’s bookshelf will have at least one book by Didion and another by Patti Smith, plus, more recently, a book of Bob Dylan’s poetry, which, in his case, are actually the lyrics to his songs. (Absolutely taking a Cohen groupie stab at the man here.) Since I’ve been veering away from critical consensus these days, see my being basically put off by both Baby Diver and Dunkirk, this summer’s cinematic darlings, I have also systematically avoided all three before mentioned authors. I finally succumbed to Didion as the Romanian edition of The Year of Magical Thinking had a lovely cover, also, my mother expressed the wish to read it as well.

And I must agree that she is a very articulate and efficient writer- anybody who’s ever tried getting ideas across in writing will understand that these are tremendously difficult things, and Didion does it superbly, and maybe, just maybe, a little too well. There is something too organized, almost surgical, and hardly magical about the way she deals with grief, and particularly the way she describes it- the whole horribleness of grief lies in the fact that it is messy and fundamentally beyond words, so to me it felt that this was a book less about grief and more about Didion herself experiencing it and, as such, definitely not the Holy Grail of dealing with pain people purport it to be.

Somewhat continuing the summer of my discontent comes Sarah Perry’s The Essex Serpent– another much lauded and admired book which, after a strong beginning and a lot of promise ends by running out of steam towards the end. There are obvious positives to it- Perry, herself an Essex native, has a real feel for conveying the atmosphere of her setting, both geographically, but also historically (it takes place in late Victorian times), there’s a very satisfying attention to detail and several well executed characters, but the ending left me looking for a bit more substance, which seemed to float away, like those famous Essex mists.

Dan Franck’s Bohemian Paris was dusted off from the jenga-block complexity of my tsundoku by a Paris trip, and is the perfect companion for such an endeavour. Reading it anywhere else than in Paris, if one is not deeply interested in the world of early 20th century art, might prove taxing exactly because of its qualities: it is a treasure trove of references and anecdotes, which can become a bit burdensome if not interrupted by, say, a visit to the famous Lapin Agile Cabaret itself.

Paris also means raiding the bouqinistes and this time I had a very definite goal (the only means of not buying up literally everything): snatching up some old classics which I’d previously read in languages other than French during my studies, and which were thus stifled by being compulsory reads. First on the list- Flaubert’s Madame Bovary, of which I had only faint, and not necessarily pleasant recollections. Luckily, I managed to lay my hands on a copy which comes with notes and references- I warmly recommend this option to anyone interested in (re)reading it, as it offers the kind of framework which both eases understanding and, at least in my case, allowed me to recognize just how ahead of his times Flaubert actually was. It’s taken me 34 years but I’ll finally, albeit grudgingly,  admit that in his case the fuss is more than well deserved. 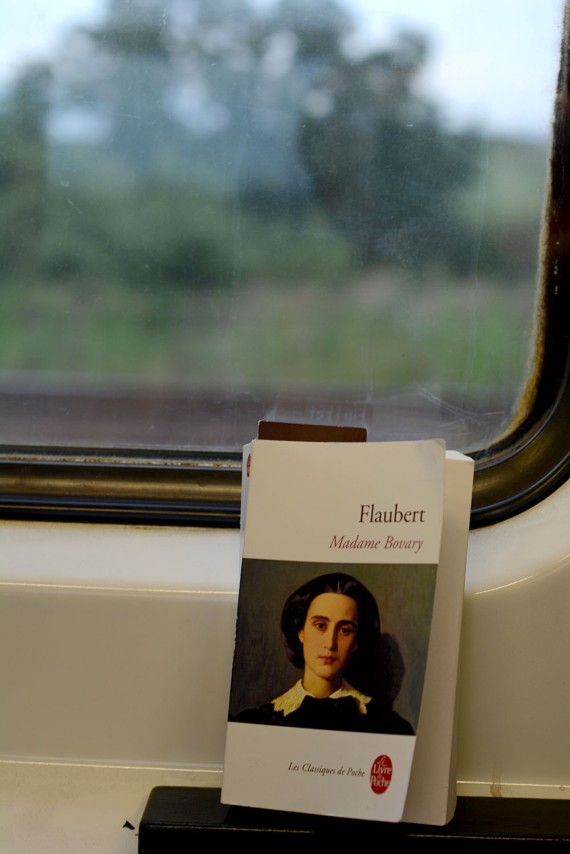 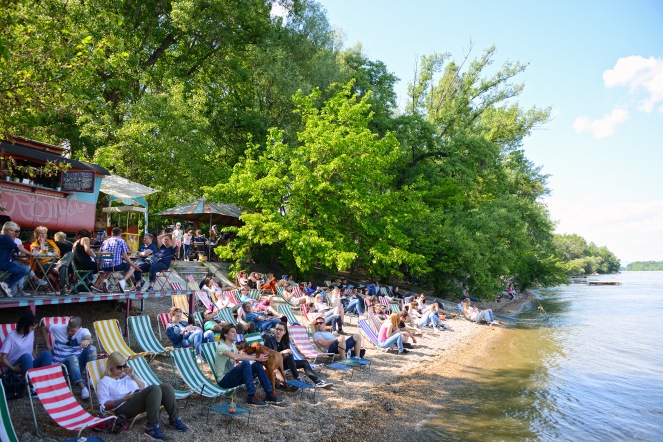 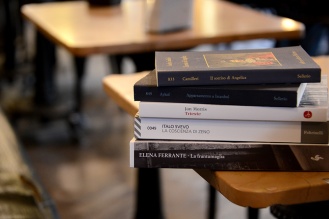