Gregory House, whom I do occasionally miss and decide I should watch some re-runs then forget about it amidst all the new series I simply must check out, used to say that everybody lies, which is probably true, but these days everybody runs as well. And posts their stats onto whichever social media platform is closest to their hearts. And tells everyone about it, in person, or remotely. And has the best tips on how to run faster, better, more, and will gladly share them with you.

Thing is, with the odd break here and there, I’ve been running my whole life, but would never ever recommend running to anyone, or flaunt my times, or even join an organised race. Nor do I read running magazines or watch videos for advice. All I’ve ever learned about running was from either doing it, or reading a very limited number of books which include Ronnie O’Sullivan’s autobiography, which I mentioned here, and earlier this year Haruki Murakami’s What I Talk About When I Talk About Running.

This was actually the last of his books I read from those available to me in any language I’m familiar with exactly because I was wary of the topic- though of course, I should not have been, this is Murakami after all, and the book is a very personal account of how he runs- and writes. It’s not really advice, it’s just a collection of stories, thoughts and ideas connected by the simple fact that Murakami happens to be a novelist who runs. It’s a bit of a self improvement book for stubborn asses, and as such, perfect for me.

Similar in some ways to Murakami’s book, Home and Away is a collection of letters written by Norwegian novelist Karl Ove Knausgård and Swedish writer Frederik Ekelund. The premise was that they would write to each other about the 2014 World Cup as it unfolded- Knausgård from his family home in rural Sweden, Ekelund from the country hosting the competition, Brazil. Ekelund also happens to be a lover of Brazil, as a place, a spirit, and a football team, while Knausgård professes a deep passion for the tactical 0-0 draw, and Argentina, a country which he had not yet visited at the time.

The starting point, which is football, quickly develops into something more, and without any exaggerations, these letter exchanges touch on some fundamental truths here and there. If I may take sides, and football most definitely allows for that, I’ll also mention that, while Ekelund is holding his ground very well, Knausgård’s quality as one of the major writers of our times shines through- and I’m not only saying that because I have a fiendish love for both Argentina and 0-0 draws too.

It is perhaps best to be a football fan to enjoy it, but it’s by no means a must. It also strengthened my conviction that football, more than any other sporting discipline, is deserving of the oft abused name of  ’the beautiful game’ because when you talk about it you don’t only talk about goals, passes, fouls but can broaden your vision to well, basically anything.  Try doing that with golf. I dare you, try.

It might take a rather acrobatic leap to reach Fernando Pessoa’s Book of Disquiet starting out from a piece about football- perhaps something akin to a mid air scorpion kick from the half line, but nevertheless you can do it. Just as Home and Away is not only what it first purports to be, The Book of Disquiet is neither a novel, nor a diary, nor the autobiography of the fictional Bernardo Soares, or the somewhat less fictional Fernando Pessoa. It’s basically a string of thoughts, sometimes looser, sometimes tighter, and eternally rearrangeable, which tries to make sense of what life is and what it means to be human in the middle of the ebb and flow of existence. Had it been any of the things listed above, it would have probably turned out overblown, pretentious and totally unfit for its purpose, but because it never wants to be more than an attempt at understanding, it can offer glimpses of the truth, like a bit of the sky clearing into an incredible blue for a few minutes during a storm. (This is something that actually happened while I was reading the book, but I’ll try not to read too much into it.)

Speaking of books that are both more and less than the sum of their parts, after a few years of hesitation, I finally re-read Ulysses, in a long and winding process which lasted about five months and included an attempt to make sense of a few chapters without the notes, then a surrender to the notes, then a final stretch of reading just a few notes when something felt too obscure otherwise. I can’t really say which is best though- it’s probably senseless to read it if one is not familiar with Joyce’s preoccupations and the general context in which the book was written, but religiously sticking to the notes, often offering someone else’s interpretation of the text can kill all the fun- yes,there is fun to be had when reading Ulysses, but I might group its enjoyment with the earlier mentioned category of things I’ll never proselytize, because they most definitely won’t be most people’s cup of tea.

I also read a good number of accidental books in the past two months- just one of those things that happens and you can’t help it. I prepared a nice order of the things I’ve been meaning to read lately, and then I completely disregarded it and kept very literally picking random stuff up here and there. Elaine Dundy’s The Dud Avocado, which was a sublimely odd read after Ulysess, originates on the book exchange shelf of Jack Doyle’s pub, and is the generally entertaining and oft funny account of an American expatriée’s essentially unsubstantial comings and going in 1950s Paris.It does unfortunately commit the heinous literary crime of a band ending, so after finishing it I was left with that marginally pleasant but mostly unhappy feeling you have when you ate three cream puffs too many.

Speaking of pub finds, Roddy Doyle’s Paddy Clarke Ha Ha Ha was picked up on a rather drunk evening (namely, Saint Patrick’s night) from the book exchange shelf of Becketts– so if you learn one thing from this piece then it’s that if you run out of books to read in Budapest, you should go to an Irish pub to fix that.In most other ways, it’s the absolute opposite of The Dud Avocado- there is humour here too, it all begins like a light tale of a Dublin childhood in the late sixties, but it soon turns into something rather darker and the ending, well it packs a punch.

Jackie Kay’s Trumpet was picked on a total whim in Kelet coffee house, as I’d never actually heard about the book at all, but I liked the colour of the cover and it somehow felt right to take it along. Disclaimer here: I don’t just run off with books like a thief, romantic as it might sound, these spots are all sanctioned book exchange points, so I usually run around with one extra book I can part with, just in case, and my back and shoulders deeply hate me for that. Trumpet is one of those books that you can very easily spoil by giving away one small detail, so I’ll just say that it is a very well written and strangely singular story, with an intriguing question at its heart.

I’ve already touched upon how I found Vladimir Nabokov’s autobiography, Speak Memory on a shelf in my parents’ library, and how I tore through it in two days, fascinated both by the rhythms of his prose and the intensity of his recollections. Nevertheless, I am still a bit suspicious of people with very many early memories, and suspect them of being mostly later reconstructions based on stories they’ve heard about their childhood.

The last find was picked up on a wine fueled night from a friend’s shelf- yes, I will raid anyone’s shelves given the opportunity, so beware, but I do conscientiously give all books back, for I know what the pain of losing one means. Max Blecher’s Scarred Hearts was one of those Romanian novels they failed to include in the curriculum during my time at school- usually the better ones, I would say. It’s a partly autobiographical account of the time he spent seeking a cure for Pott’s disease at the Berck sanatorium in France- there’s plenty of dark humour involved and a whiff of Magic Mountain, though it’s considerably bleaker. There is no suspended time here, but death at arm’s length- Blecher himself died of the disease aged only 29- yet there is something oddly uplifting too in witnessing the human spirit trying to soldier on in spite of being dealt an absolutely miserable hand.

A lot of fiction must occasionally be tamed by some factual reads too, so I’m presently swimming through Nick Thorpe’s Danube (just when you thought I made it through the post without a horrible pun), but I’ll tantalizingly leave my remarks on that for the next installment of the book diary. 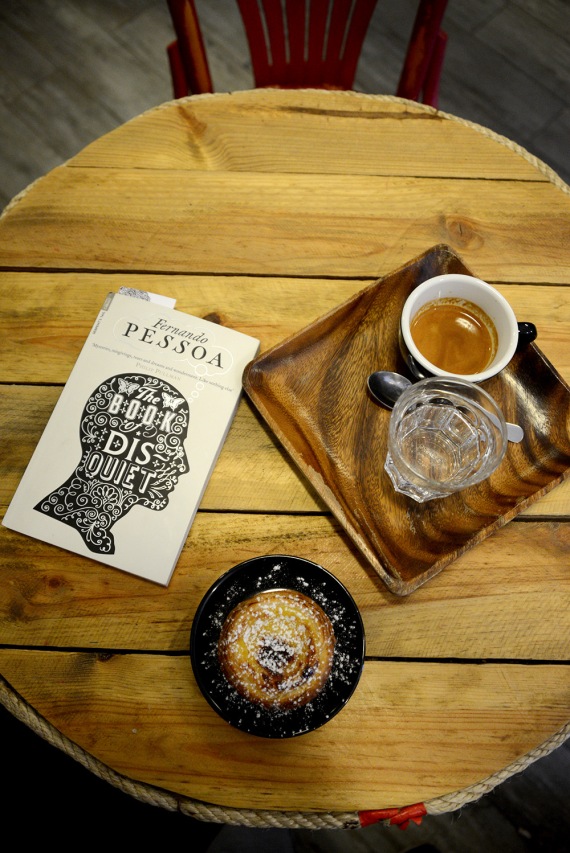 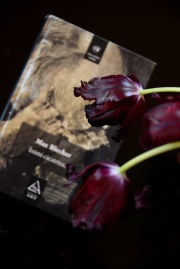