You might argue that Belgrade (in spite of hosting the Sagrada Familia of the East, as quoth American Vogue) is still mostly off the beaten track itself, but just like any other city of a certain size, it does host a number of locations which can be called its traditional tourist attractions. Often enough, though, once you ticked off the classics, you may start discovering the properly intriguing places instead, so here is an attempt to ruin three of those hidden gems for Belgrade.

Most tourists passing through the city will probably be faced with the checkered roofs of the Zeleni Venac market, as it lies right next to a busy public transportation terminal which  welcomes the buses arriving to the city centre from Nikola Tesla airport, and the main train station is not far off either. Few, however, venture inside to take a better look at what is one of Eastern Europe’s longest serving outdoor markets. The Zeleni Venac area, developing on what used to be trenches protecting the Kalemegdan fortress, was home to a popular pond well into the 19th century, and the predecessor to today’s market also stood nearby. In a case of is it the chicken before the egg, historians dispute whether the area was named after the kafana which once stood here (but got demolished in the 60s), or whether the kafana took the name of the place.

The market, with its distinctive design, opened in 1926 as one of the most state of the art in the Balkans, was quickly nicknamed the Queen of Markets, and had a coach station right beside it- all things lining up here for a very Balkan Sherlock Holmes mistery, something along the lines The Curious Case of the Kidnapped Beetroot. These days the fancy horse carriages have been replaced by a rather odd collection of at least partially tattered buses (Eastern European transportation companies have this strange gift of ammassing a collection of absolutely unaligned vehicles), and the structure of the market has been modernized in 2007, but there is still plentiful inspecting, haggling and conversation going on, especially in the mornings- when, as we know from the wisdom of Hunyadi market, the fruits and veggies are at their freshest.

Designed by architects Ivan Antić and Ivanka Raspopović, its outer shape is meant to resemble a polymorphic crystal, while on the inside it has five communicating levels, which offer a more organic view of the exhibits than your average museum. The large glass windows, opening towards the fortress, the river and New Belgrade are also somewhat unusual- eliciting the remarks of a (naturally French) art snob that he cannot focus on the works. However, for someone occasionally at odds with the more obscure intricacies of modern art, it is a welcome relief to be able to every now and then sit down and take in something as unsophisticated in its fundamental belonging to the natural order of things as the Sava slowly flowing by towards the Danube and then the sea.

The first post-reopening exhibition is fittingly a retrospective of a century of so of Serbian and Yugoslav art (plus some drawings by Dan Perjovschi, which is of course fundamental information), named Sequences. Entrance was free during the first week after the reopening, so we got to amble around with a spectacularly substantial number of locals (plus foreign art snobs, as seen above), and it has to be remarked that most people were very attentive taking in even the more abstract undertakings.

This being said, I simply cannot leave the following little snippet out, because it’s just too good. A young father is very carefully investigating a painting. Noticing the absent mindedness of his parent, the son runs to touch a couple of items which he naturally and reasonable identifies as coloured plastic columns- i.e. toys. The imposing but mild mannered man from security walks over and politely informs the father that all touching of the columns must cease. The father immediately conveys the information to the child, and the following conversation ensues:

-Son, don’t touch the plastic things, they are statues!

-The security guard said so!

-How does HE know?

Truly, how does he? Also, I was very tempted to touch the columns myself, seeing how they reminded me of one of the silly Art of Freedom installations on Sziget. When it comes to the Jevremovac Botanical Guarden, set up in 1874 and belonging to Belgrade University’s Biology faculty, though, no one told me not to touch things (which would have sounded logical), but I was informed by a very stern lady sitting in a lonely booth at the entrance that under no circumstances should I take pictures. This seemed odd to me, because, bar two mothers with small children there was no one else in the garden, particularly no one who seemed in the least official, nor does the garden host any nigh extinct tropical shrubs or rare Arctic ferns.

What it does have is a charming little Japanese garden, a collection of European vegetation and a hothouse, the pleasant warmth of which comes in very handy on sunny but chilly autumn days. I am assuming that visitation increases in summer, particularly it seems, during wedding season- the one official way to take pictures is to pay for a wedding photo pass, which costs an arm and a leg. I’d rather pass on that, but, as you can see from the photo series below, I did instead engage in a very Balkan breaking of all rules, just because.

PS aka the actual useful info part: The museum’s address is Ušće 10, blok 15, closed on Tuesdays, free admission on Wednesdays otherwise an adult ticket is 300 dinars. The garden’s address is Takovska 33, open from 9 to 5 in the winter season, admission is 150 dinars. 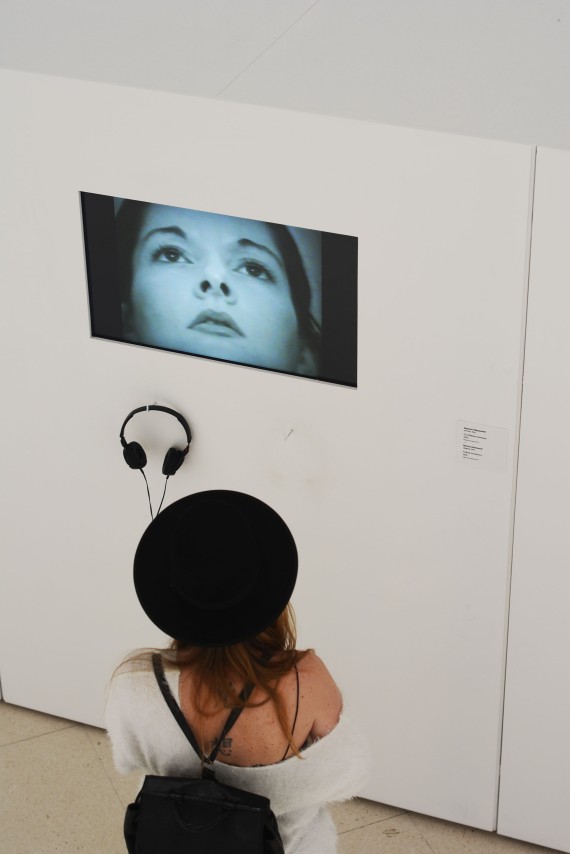 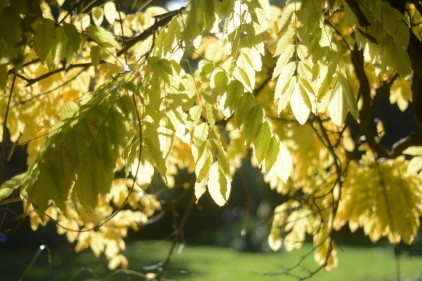 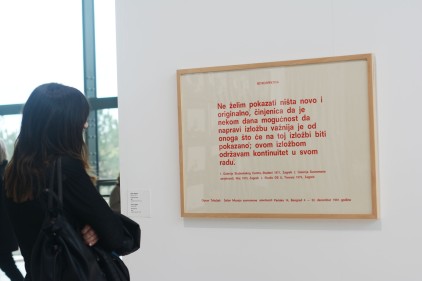 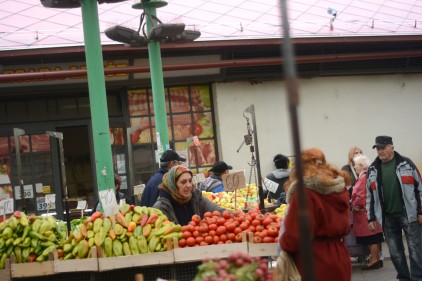 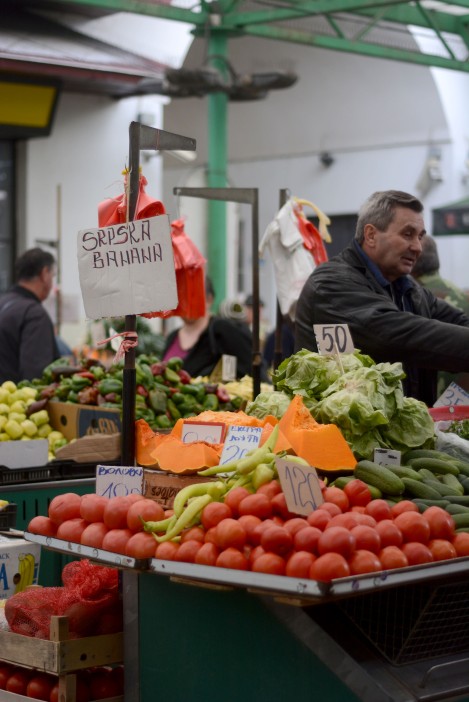 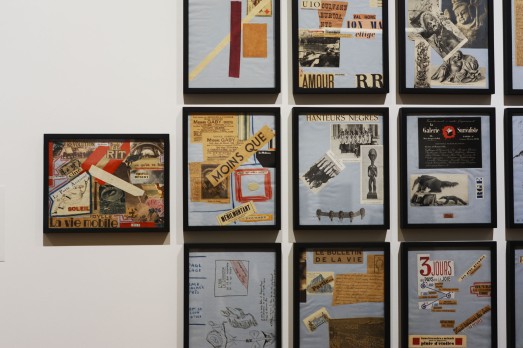 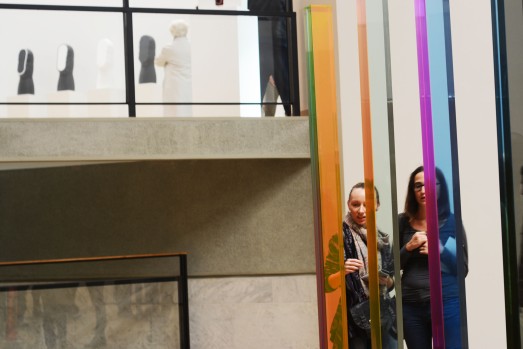 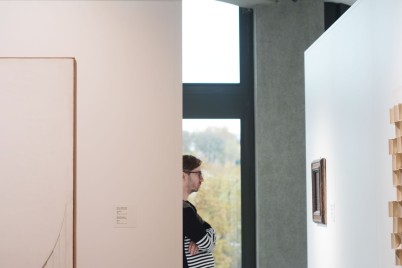 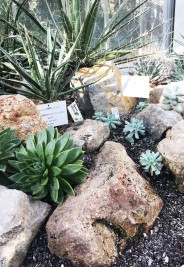 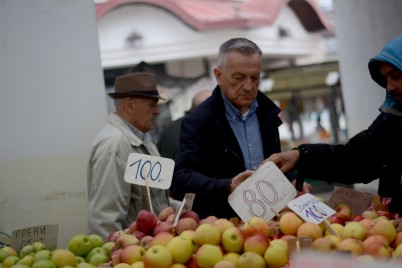 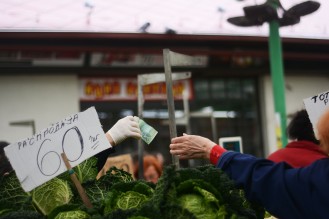 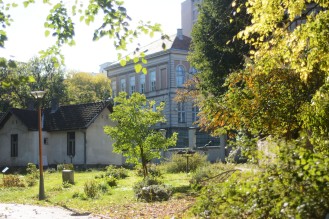 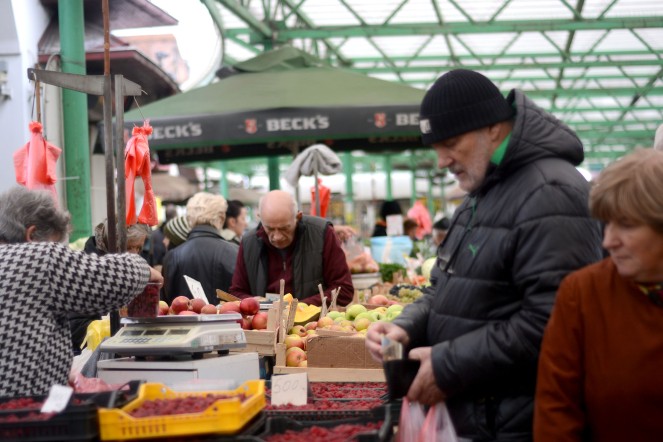 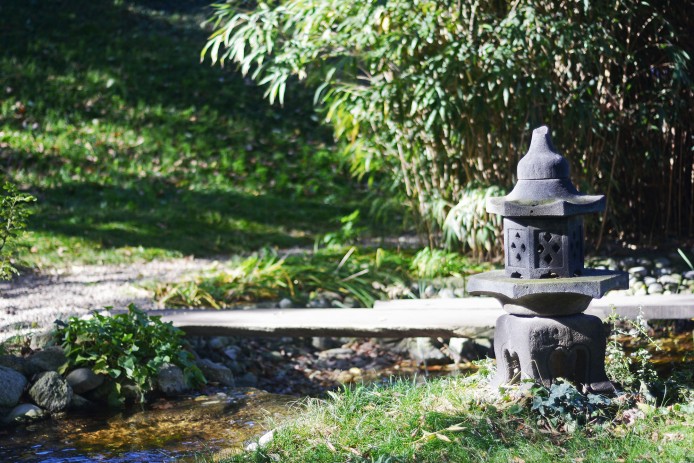 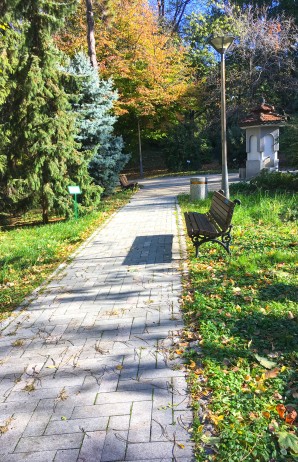 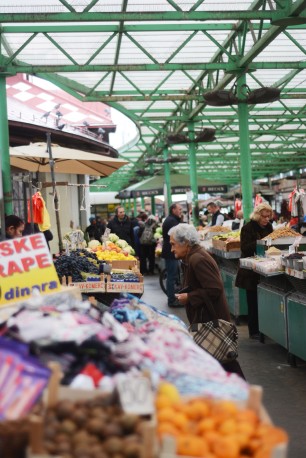 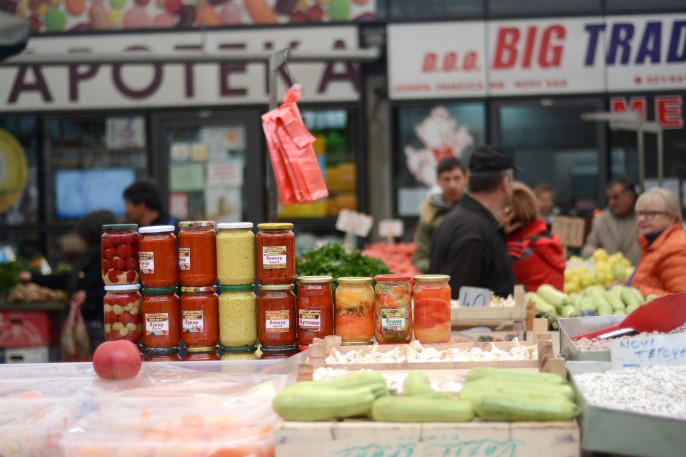 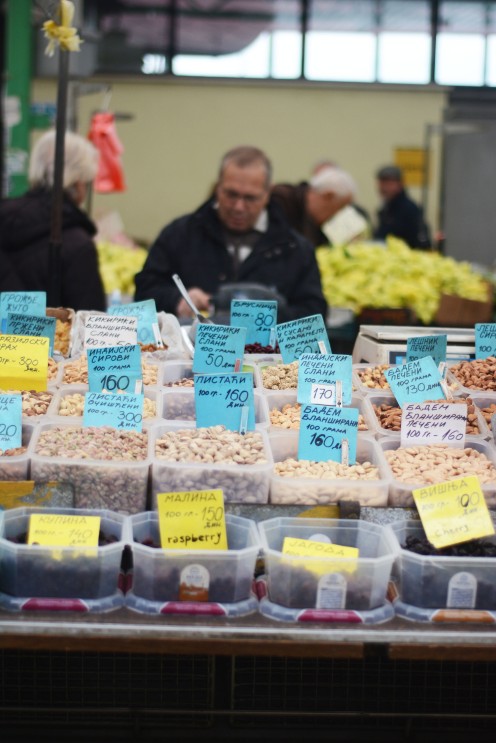 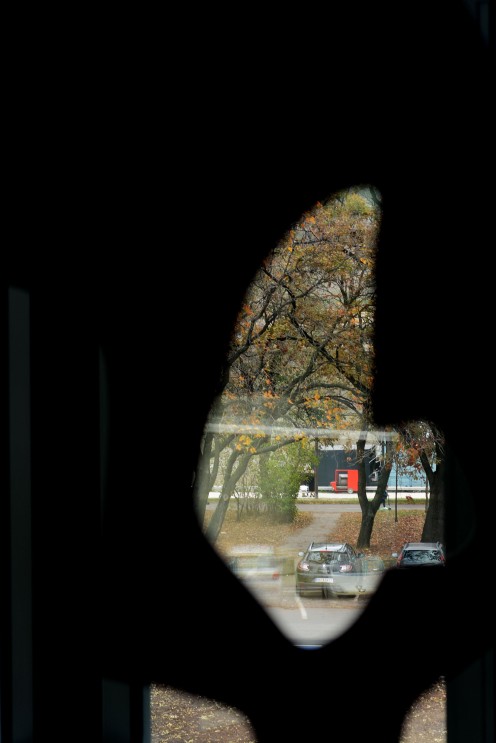 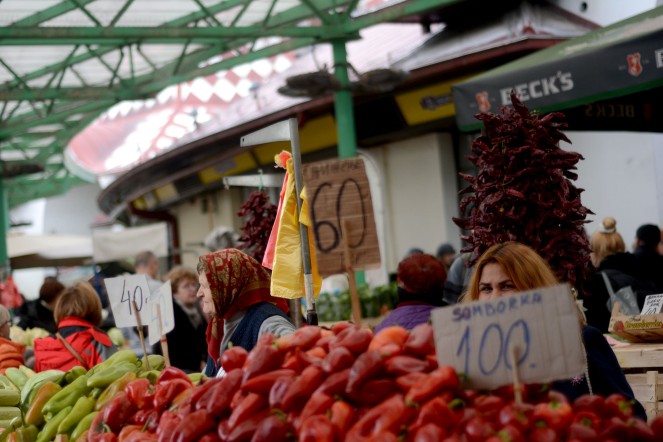 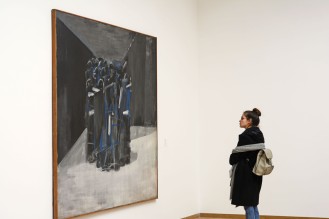 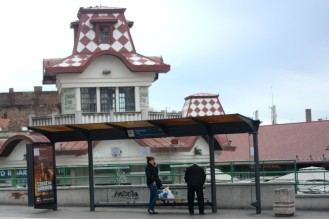 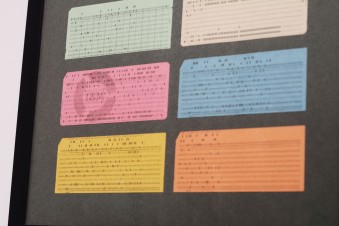 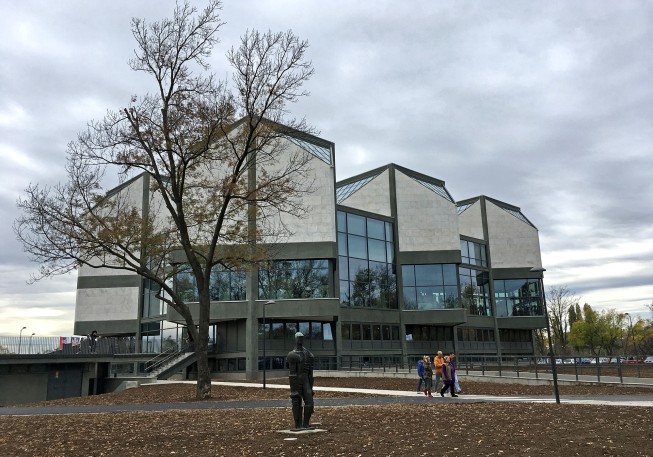 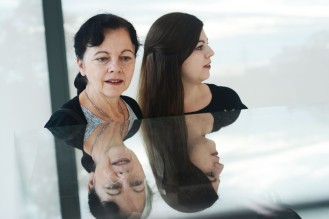 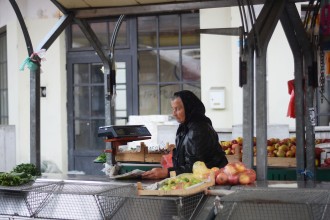 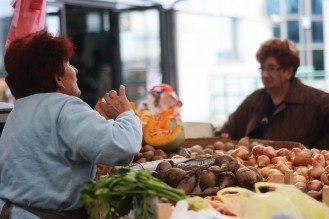 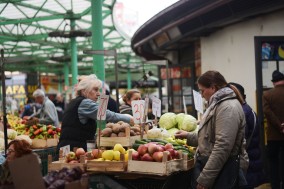 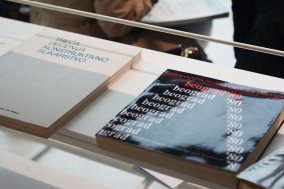 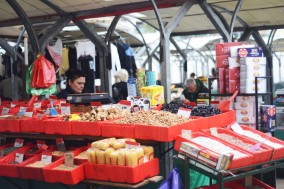