Visiting the disused switch house of the Kelenföld power station is a pet project for any self-respecting architecture and/or urbanism aficionado in Budapest- the building is normally off limits to the public and has recently been serving as the backdrop of several dystopian films instead. The Contemporary Architecture Centre (KÉK) has however taken the pain of the city’s explorers to heart and has been regularly holding organized visits, for which you can sign up once they are advertised on the centre’s website, and Facebook page.

The splendidly derelict switch house lies right beside the functioning buildings of the active power station- the water still gurgling under its structure is thus one of the biggest obstacles to its reconversion, as the entire flow would need to be redirected before starting the renovation works, to ensure both the seamless functioning of the power station itself and the usability of the newly reconverted areas.

Since money seems to be either lacking, or flowing in all the wrong directions, instead of the possibly bourgeoning cultural centre dreamt by more audacious planners as an extension to the recently reconditioned Kopaszi-gát area, the switch house is slowly but surely rusting and falling apart. Walking through its eerily quiet corridors (even a group of a thirty or so people has enough space to fan out just enough to allow for the impression of definite haunting), people will make the cinematic or gaming associations most dear to them: the halls of Unreal Tournament, the ill-boding belly of Alien’s Nostromo, the alleys of the Zone in Tarkovsky’s Stalker.

People go as far as to call the place Budapest’s Chernobyl, but having the impressions of Svetlana Alexievich’s book about the disaster fresh in my mind, I think we should all be very thankful that the old section of the Kelenföld plant went out of business in 2005 in a decidedly subdued and quiet manner, due to its unsuitability for producing 120 kW current. (It was of course never a nuclear plant either, power was produced first by burning coal, and then natural gas from 1980 onwards.)

The decision to erect a plant in Kelenföld, in response to the city’s growing needs for electric power, was taken in 1911, and the construction began the next year, along the plans of one of Hungary’s major secessionist architects, Kálmán Reichl,  with its location carefully chosen due to its proximity both to the river and the railway system. The plant started producing three phase electric power, as a first in the country, with state of the art Ganz and Nicholson machinery, in 1914, but its expansion was naturally halted by WWI. Work on its structure restarted after the war, and Reichl was assisted by Virgil Bierbauer (Borbíró), who continued the project after Reichl’s death in 1926.

This period saw the birth of the switch house’s most famous space, the control room, which looks like a perfect art-deco steampunk fever dream to this day- pop culture associations abound here as well, with some reckoning the room looks like Captain Nemo’s Nautilus, and the Chernobyl connection surfaces again, as it was used for filming the Chernobyl Diaries. I will add my own input here- since Star Trek is my number one space exploration crush, the control room looked a little like the deck of a Romulan bird-of-prey to me.

Besides the obvious eye candy of the control room, there are other interesting architectural solutions gathering dust and rust in the building: the front staircases have a definite Gropius-Bauhaus feel, whereas the central corridor was once covered by a glass roof, in attempt to provide the space with as much natural light as possible- the good intentions of the architects were foiled by WWII, and the glass structure was covered to make the building less obvious to enemy raids. The corridor lined with giant transformers thus took on a rather ominous air, and was nicknamed Mummy Hall by the plant’s employees. 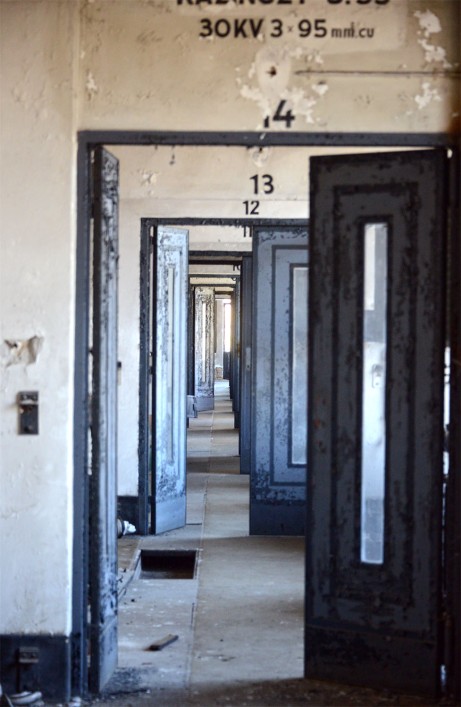 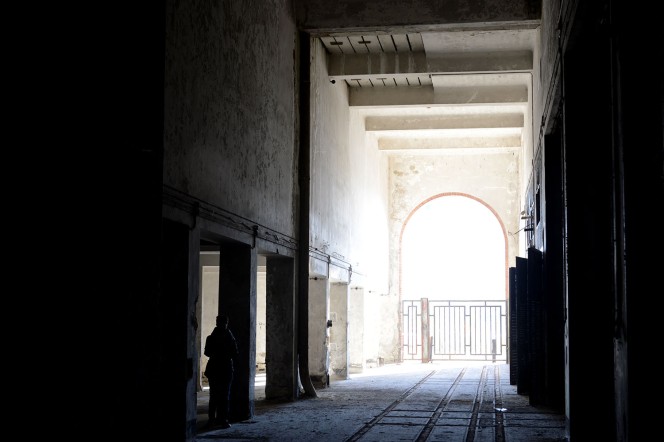 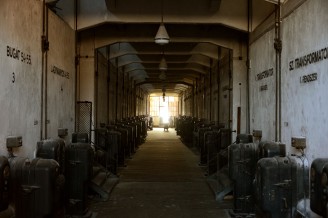 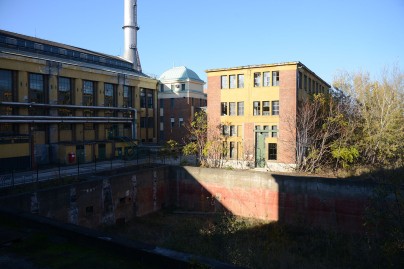 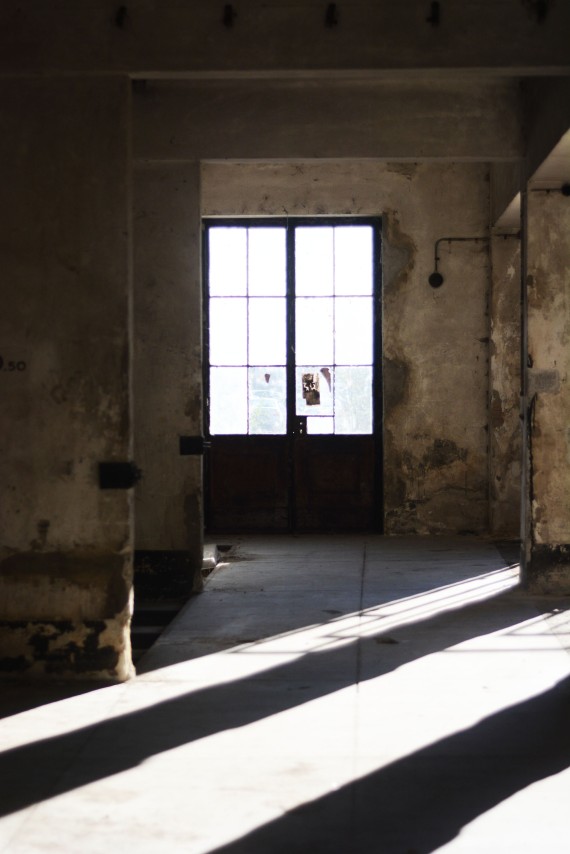 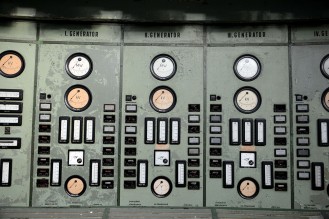 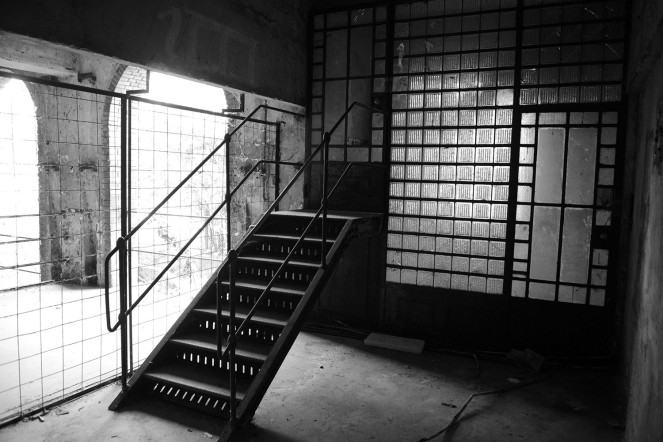 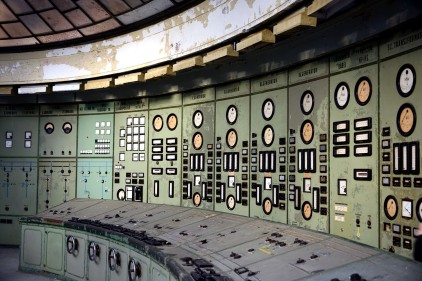 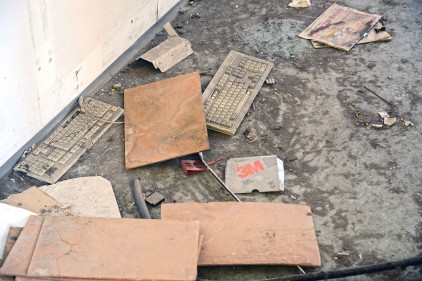 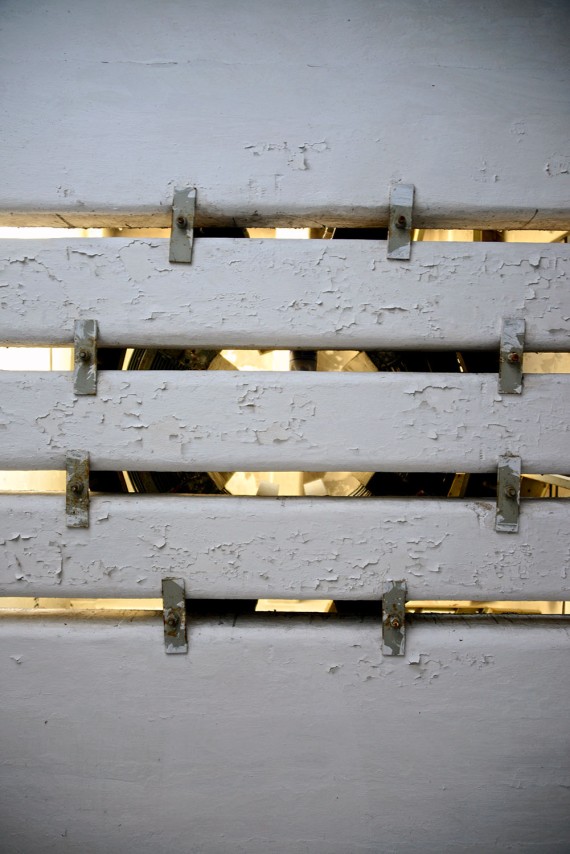 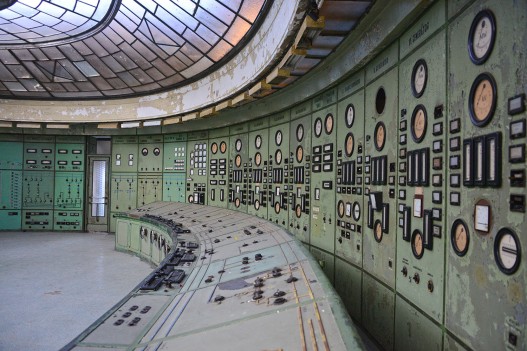 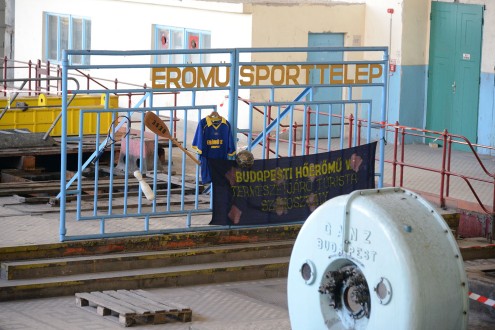 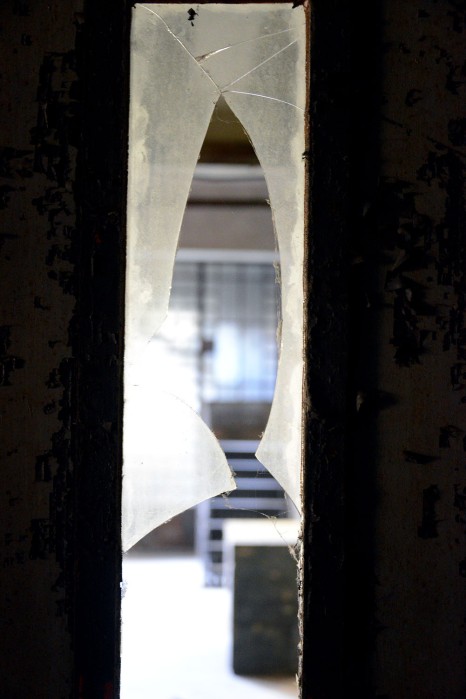 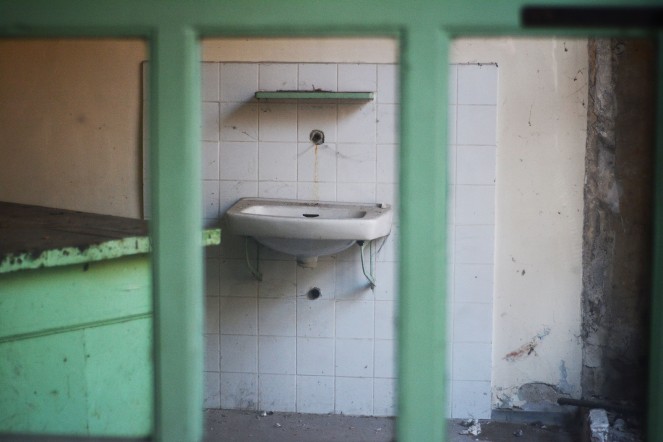 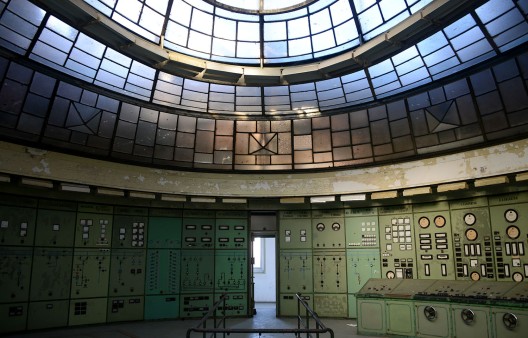 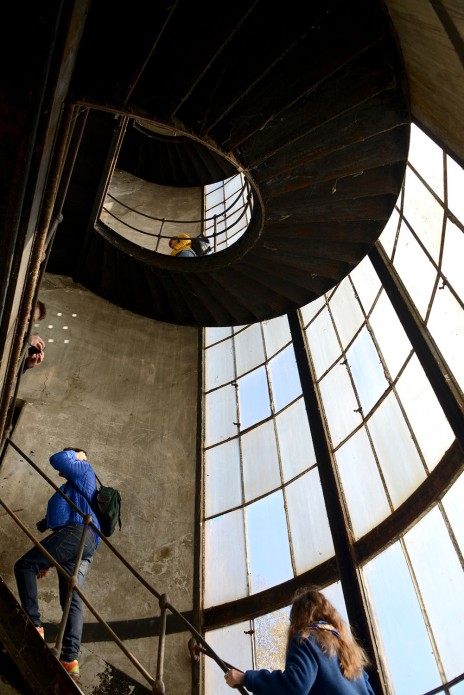 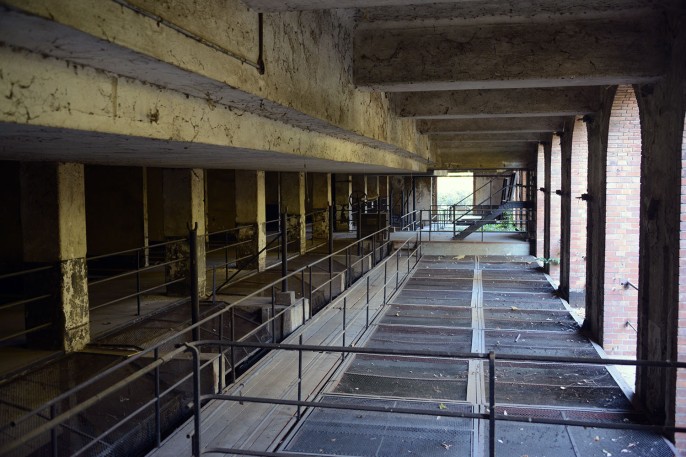