The year started in the cold corridors of the Adria Palace, its fading beauty on display in the eerily dazzling Blade Runner 2049, and now also to be glimpsed in the Black Widow trailer. Finally, a film where Budapest IS Budapest, not just a prop pretending to be some other random city, though I’m also excited about season 2 of The Alienist, where Budapest is still New York, but at least Luke Evans did an excellent job of trying to live in the city to the fullest, rides up to Gellért Hill and a favourite local gym included. As for myself, I’m still partial to the Norwegian Nr1 Fitness chain, because it’s tailored on misanthropes: open 24 hours a day, it allows me to go there at the most absurd hours, to avoid other people, and has no reception, you simply need to tap in a six digit code which allows one, as you guessed right, to avoid other people and any bothersome interaction with a receptionist.

While we keep complaining about old buildings not getting the love they deserve (such as the now derelict Otthon department store), many areas of the city are nevertheless transforming quickly, and a bit carelessly at times, I should add. You people(=Budapesters) will complain about anything, including not being able to complain about something, said a perceptive visitor to our fair capital, and they were absolutely right.

So here it goes, the roundup of mixed reviews: Gül Baba’s Rosegarden has some wonderful architectural and urbanistic solutions, but one cannot help but feel it’s also a political vehicle for the current Turkish regime spreading its soft power in the region. Let us not forget that this year Tayyipgeddon was considerably worse than Putingeddon, with the city centre irrationally and stupidly being closed off for traffic while the great leader rode through in his armored vehicle. Not allowing people to go out for a smoke into the sanctum of their Andrássy avenue balconies is one of the greatest affronts to decency I can think of.

The Párizsi Courtyard is generally pleasing to the eye and all covered in gold and crystals, thus popping up ever more frequently on the few so called ‘influencer’ Instagram feeds I follow out of a form of masochism. But it was obviously not refurbished with us, locals, in mind, which I strongly feel should always be the guiding principle of every urban development. The Városliget is a mess in progress, with concrete slowly eating away the greenery, but I will admit that the Olof Palme House absolutely needed and deserved the facelift it got, and I also discovered a pleasant little running track and training area close to  Ajtósi Dürer sor- I assume the track must be around 200 metres long, thus being the glorified outdoor version of a hamster wheel.

Speaking of running tracks, we inadvertently came across a fine one in Óhegy park, as part of our ‘discover Kőbánya’ project spurred by the open day held by the Budapest Waterworks in the Kőbánya cistern. Earlier in the year we’d also meandered around Csepel, as part of another open day dedicated to the area’s many factories, which further resulted in the blog’s industrious co-photographer welding some metal bits, us both having tasty and fairly priced beers at the Rizmájer taproom and a visit to the hydroelectric power plant’s cooling tanks, which everyone was irrationally excited about as we’d just watched Chernobyl. (To everyone’s relief, these coolers work just fine.) In early May, as incessant rain of quite biblical proportions was pelting down on the city, I braved the elements to go and sneak into Bauhaus(inspired) staircases, which included one of my all time favourites, that of Belgrád rakpart 2. 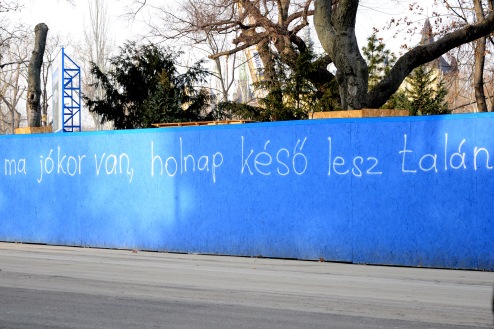 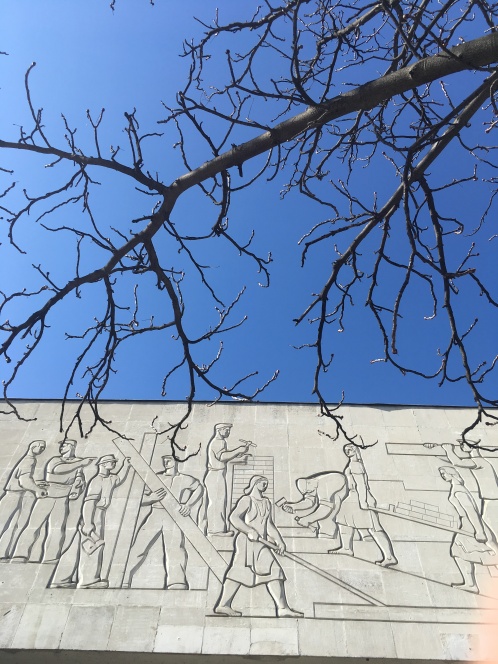 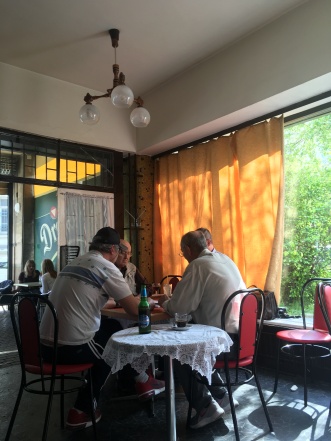 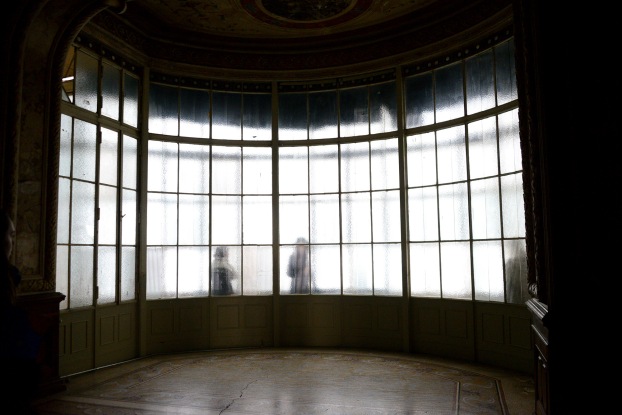 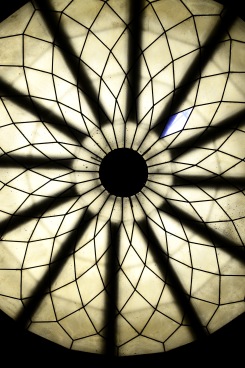 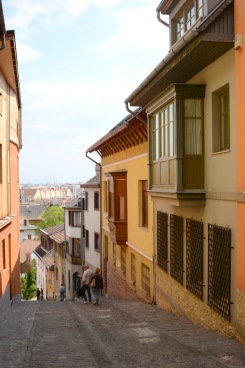 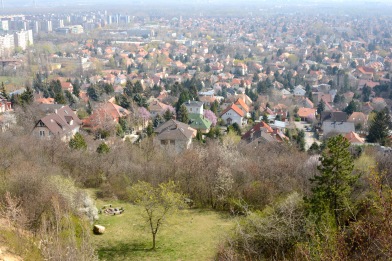 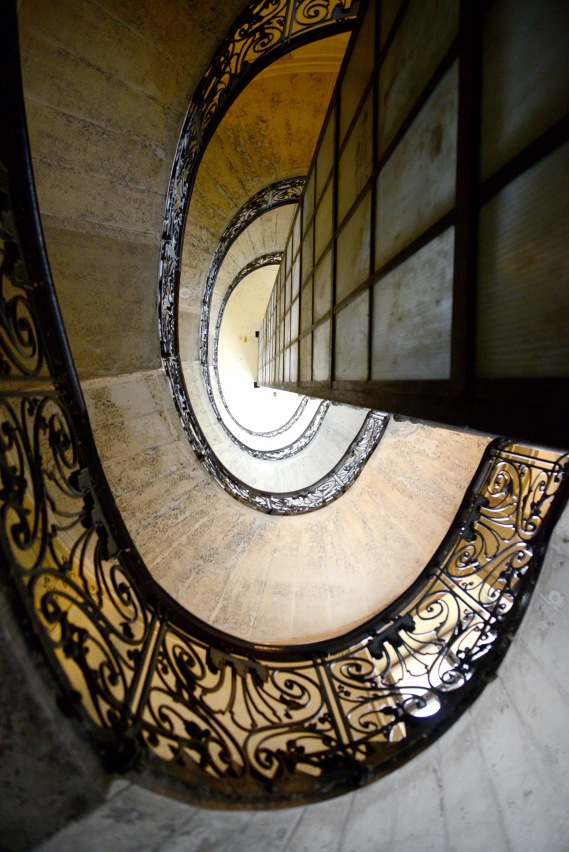 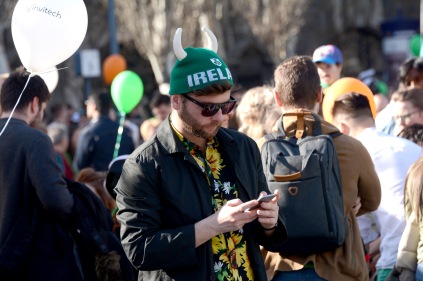 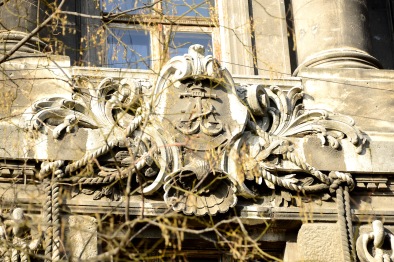 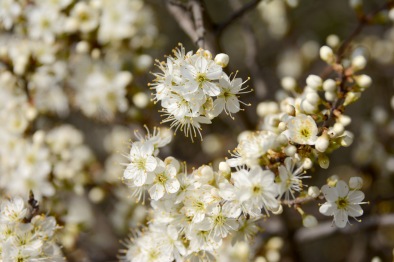 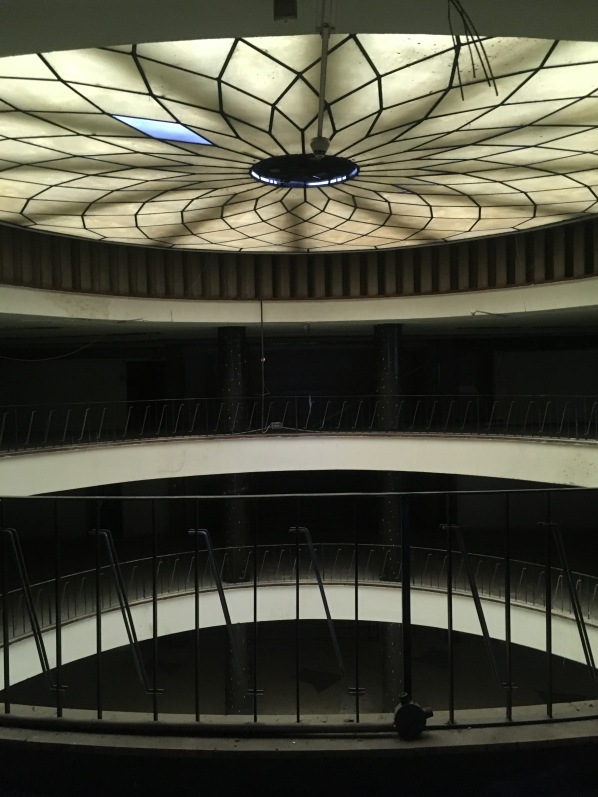 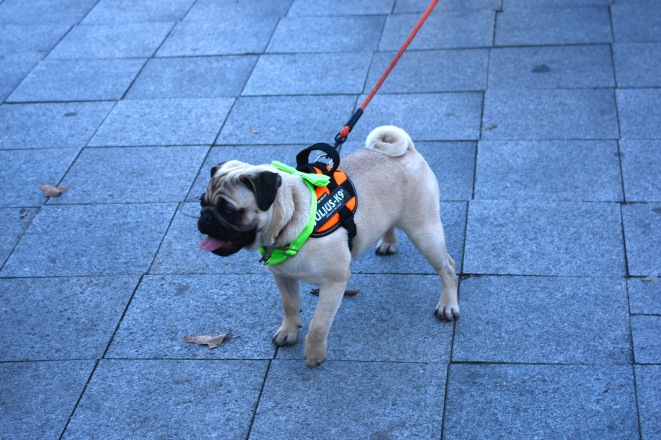 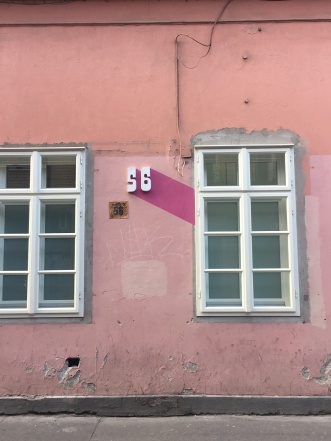 Another of this year’s (re)openings was the Puskás Ferenc stadium, which will host Euro 2020 games next year, with one of the tournament’s juiciest groups, including Portugal, Germany and France, being partially staged in Budapest. It’s very fashionable to hate on stadium building in Hungary, and I mostly agree, as too many of them are built without the initial, logical investment in developing an efficient and self-sustaining football strategy from youth to professional level. This being said, I’m still excited about being one of the host cities next year, at least like this the investment will be moderately justified, plus we got to be world famous for the Rammstein all night debacle.  One not particularly advertised footballing even that Budapest nevertheless did host in 2019 was the women’s Champions League final, in which the valiant ladies of Barcelona, supported by a numerous offshot of the men’s fandom lost to the superstar club of women’s football, Olympique Lyonnais, with at the time Ballon d’Or holder Ada Hegerberg netting three goals. For those interested in the even more obscure facets of Hungary’s once world famous footballing culture, here’s a bit about the Egri Erbstein tournament, which was staged last June, and a reading recommendation from the powerhouse of mind boggling football stats and stories that is Jonathan Wilson. Speaking of reading: the Budapest Book Festival will need to work pretty hard to make me quite as excited about about any of their future guests as I was about Karl Ove Knausgård this year- Svetlana Aleksievich sounds fabulous for 2020, but Karl Ove she still ain’t.

This year I also branched out into the pleasurable and exciting task of covering Budapest locations for Spotted by Locals. By all means, use the site and the app for your travels, and I’m not just saying this in a partisan way, but out of prior experience with cities other than Budapest as well. Having relocated tantalizingly close to Ferdinand restaurant, this year it has basically become our dining room away from home, and we’ve also discovered the sumptuous chicken soup in Kánaán. As for our actual dining room- well, we don’t have one, but when we watch Netflix series and we need tasty bites to go with them, we invariably call on the help of Empanada Story. When it comes to beverages, 2019 has been the year of the Negroni, and I shall hazard that the best in town is prepared in not-our-dining-room by the blog’s industrious co-photographer, with Tuk Tuk Bar’s version coming a very close second. Also, Espresso Embassy is now bigger, brighter, bustling with life and the coffee’s still the best in town- just thought I need to mention this in case someone was not aware just how much I love the place.

I still hold firm by the principle that you’re not a real Budapester if you don’t insist on regularly soaking yourself in one of the city’s many spas, but going to popular places such as Gellért or Széchényi has become increasingly problematic in the past couple of years due to the onslaught of tourists who don’t seem to understand that pools have finite capacities and saunas should not be cooled, because their whole point is that they are hot, possibly infernally so. (Here’s a shout out to my mates, elderly ladies and gents with whom we roast at 7 AM in the hottest sauna in Széchényi, may 2020 bring you health and resilience.)

So, as an alternative, we’re often to be seen in the Csillaghegyi spa, all the way up in, well, Csillaghegy. Recently renovated, the complex has been enriched with a so-called sauna world, that magnificently does not allow children under 14- nothing against kids per se, but it simply makes no sense to torture them and all involved adults in places they hate, when they can simply go and frolic around in the separate kid’s area that Csillaghegyi also has. Add to that a salt bath you can book for 500 forints per person, a tiny but pleasant panorama pool and a recently opened restaurant with very passable pizza, and you’re in spa heaven. Speaking of Csillaghegy, the area is also home to an abandoned stone quarry that now doubles as ‘the Grand Canyon’ of Budapest– the name itself may be a bit of an exaggeration, but it does come with lovely views and an easy enough trail perfect for a leisurely day trip. 2019 is also the year I first lay foot in the Budapest Zoo: I will save you the tirade about how I find zoos problematic in the first place, tell you I liked the penguins and the sloths, got upset that the wombats did not show themselves during our visit, and am still wondering whether there is an axolotl somewhere around. (Yes, I was reading Cortázar at the time.)

And last, but not least: this was the first year when I voted in the Hungarian local elections and, by all means, the morning of October 14th was one of the loveliest Monday mornings I can remember in a long while. Politicians don’t always live up to all expectations, I learned that the hard way, but hope is an intoxicatingly wonderful feeling, and if we can hold on to it, and make at least small fragments of it turn into reality and change, 2020 might just turn out to be a great year after all. 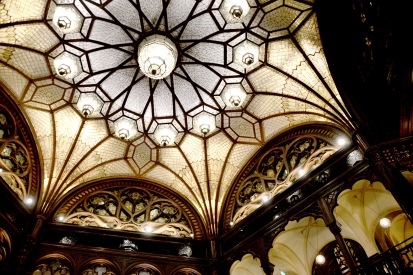 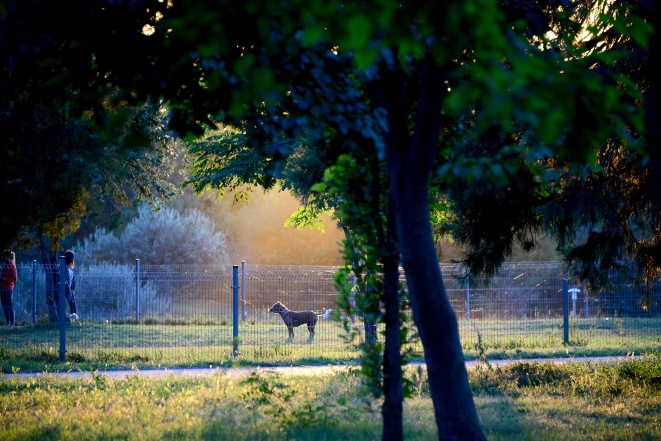 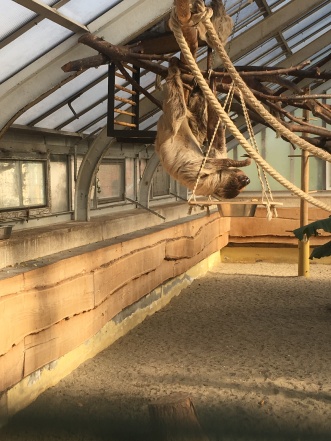 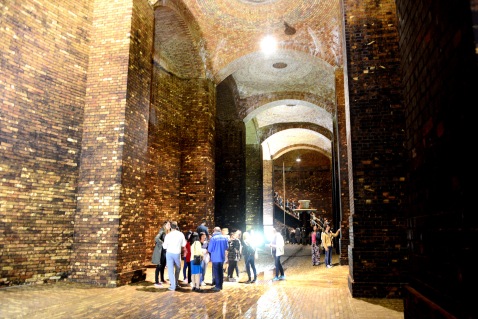 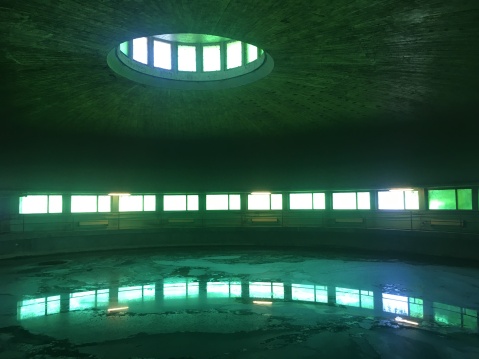 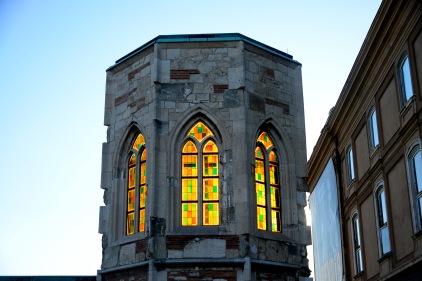 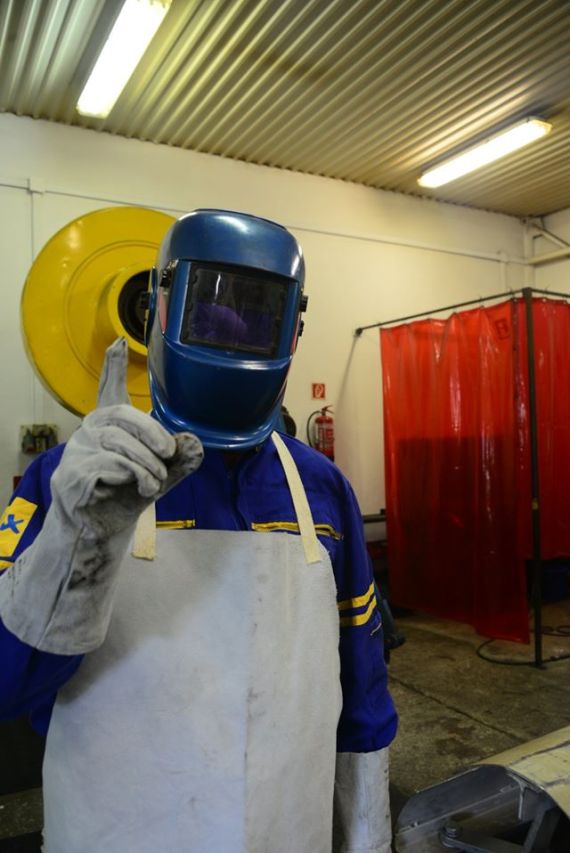 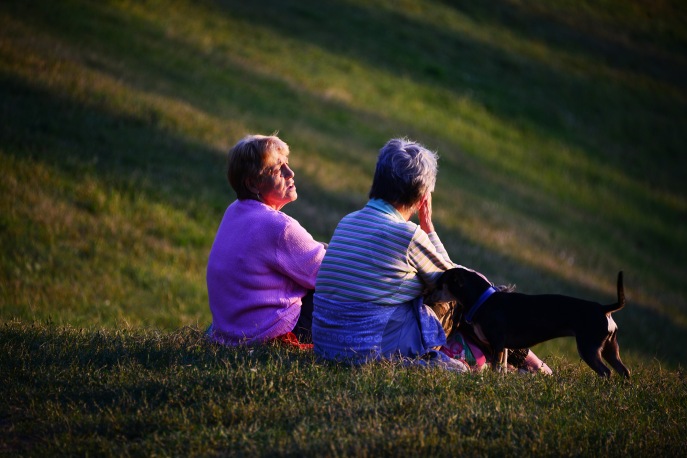 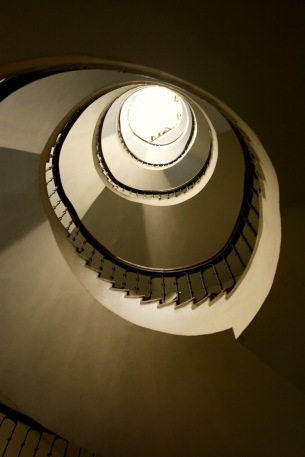