Just when we thought we had finally run out of Budapest hills (or mountains, as per the local parlance) to summit, we were made aware of the existence of the poetically named Róka-hegy (Fox Mountain), situated very close to the city’s administrative border with Üröm. This seemingly extreme location is actually fairly easily reachable by public transportation, you simply need to take HÉV line 5 (the Szentendre connection) from Batthány square and then get off at the Csillaghegy station. From there follow Ürömi út and then turn onto Rókahegyi út, where you will soon find a trail marked with a red triangle that leads through the most scenic parts of the old stone quarry, which has been, rather pompously, nicknamed Budapest’s Grand Canyon, but then again, we are in a country that endearingly calls a lake a sea.

Some claim the stone quarry may have been exploited as far back as Roman times, but the first documented mentions only date back to the 19th Century. The mining activities were ceased in the 1950s, after which the remaining strip pits were used for animal grazing for a while, and then, as the city moved ever closer, they became part of several suburban hiking routes. The rock walls are also much loved by climbers, with several areas having official permits and specially designated paths rated by difficulty. The wall of the largest pit was thus dotted with strange people in varying stages of undress who found nothing better to do with their lovely spring Saturday than to put themselves through much exertion, suffering and toil to no end really, as instead of climbing over the edge of the cliff they would all descend back on their ropes. These modern Sisiphuses (Sisiphi?) came accompanied by another group of strange people, who are so passionate about climbing that they can spend rapturous hours just looking at it, while occasionally munching on a cracker or taking a sip of their spritzer, to keep themselves fed and hydrated through the effort.

If staring into the abyss while contemplating whether your left arm is merely broken or has been dislodged from your shoulder forever is unexplainably not your thing, you can indulge in more sedate geological observations, as the uncovered rock walls tell the story of the area’s distant past when Fox Mountain, now towering 254 metres over the surrounding plain, used to be at the bottom of the Pannonian sea. Its most typical component is Dachstein chalk and it is dotted with several caves, of which the largest, 87 metre long one, is currently closed as a result of several incidents and rescue actions in the past. You can nevertheless visit the Poros and Kristály caves, 32 and 25 metres in length respectively, but you need to have the corresponding equipment and secure a permit first.

Since I am the type of explorer who is terrified by minor gravel and the blog’s industrious co-photographer limits himself to making fun of my misery, we confined ourselves to investigating crystal-like formations on the walls of the largest strip pit, especially as said caves are also the habitat of another one of my nemeses, the bat. Besides the good old annoying common Budapest bat, they are also home to lesser and greater horseshoe bats, of which these last ones are of particular interest (to someone, not me) as they are not to be found anywhere else in the surrounding areas. Other zoological rarities include the rock bunting and several types of bugs and butterflies, of which we have sighted a grand total of none, just as we saw no foxes either, but we can confirm the existence of generally disgruntled specimens of felis domesticus and generally hyperactive specimens of canis familiaris, the latter coming accompanied by a human yelling at them not to go into that dirty cave for the love of…oh nevermind. 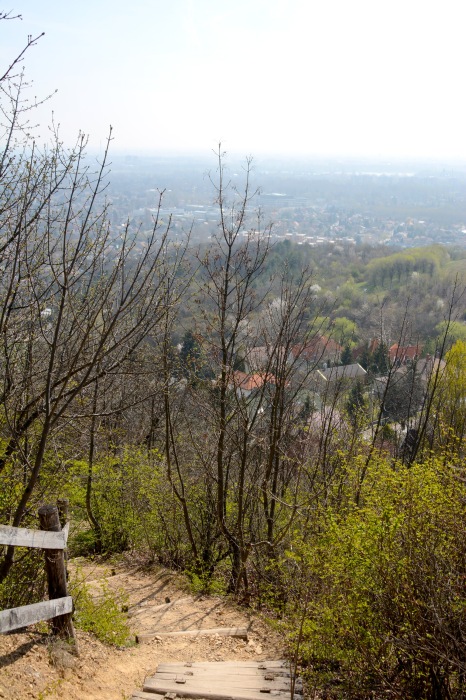 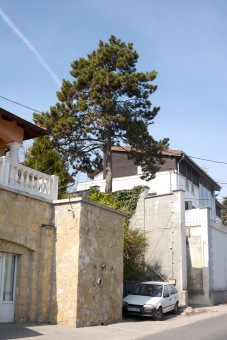 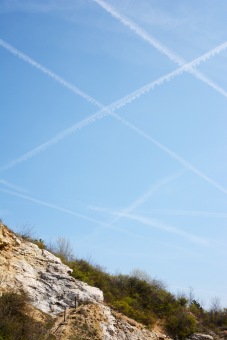 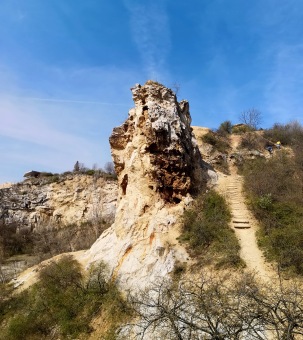 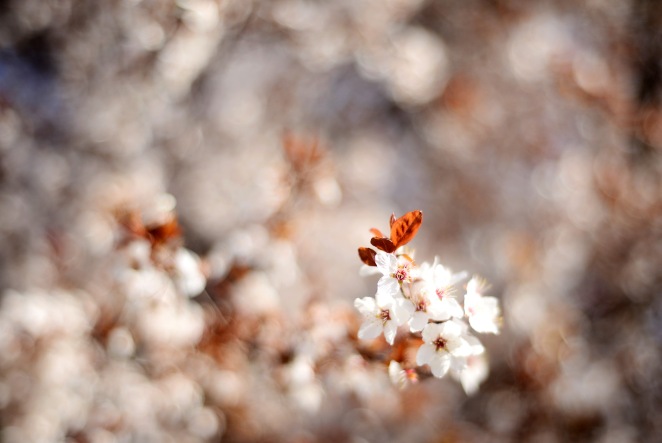 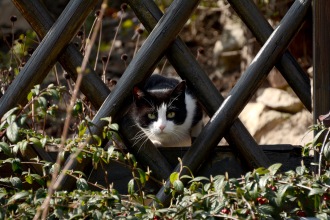 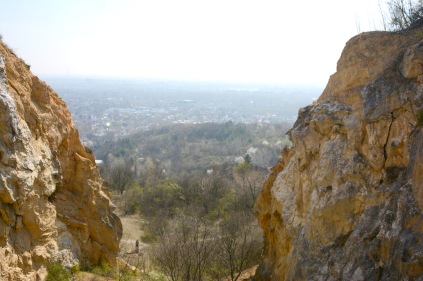 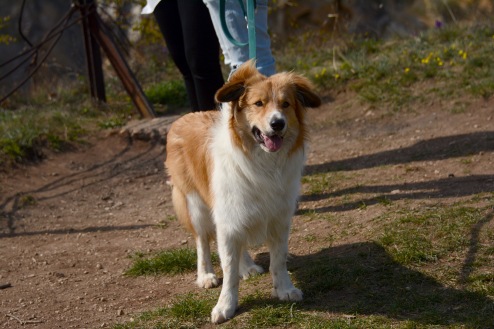 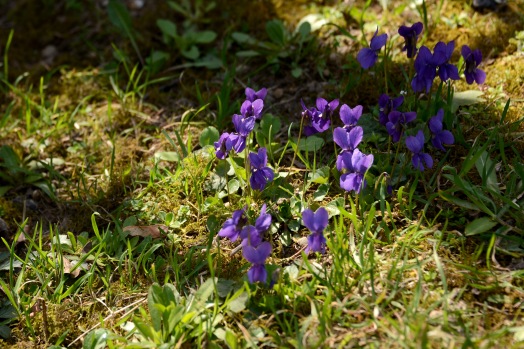 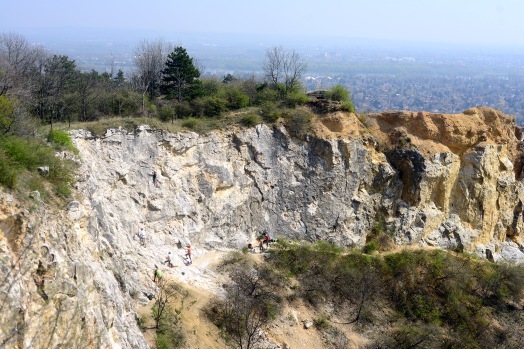 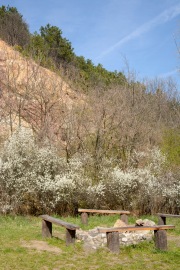 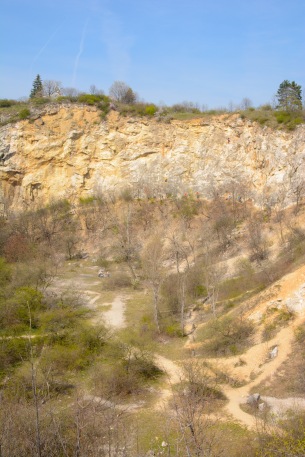 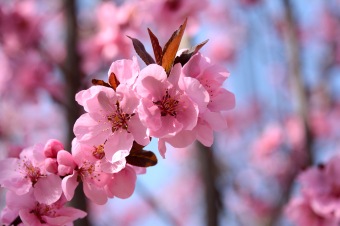 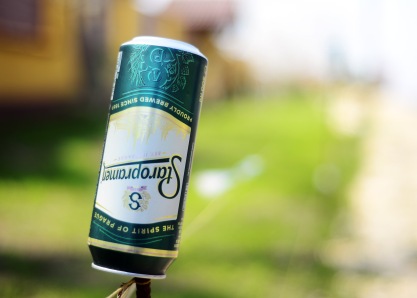 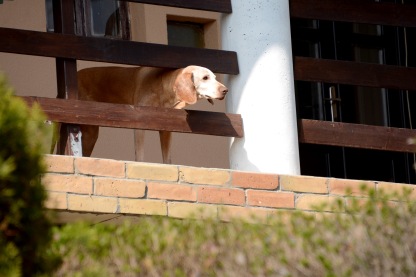 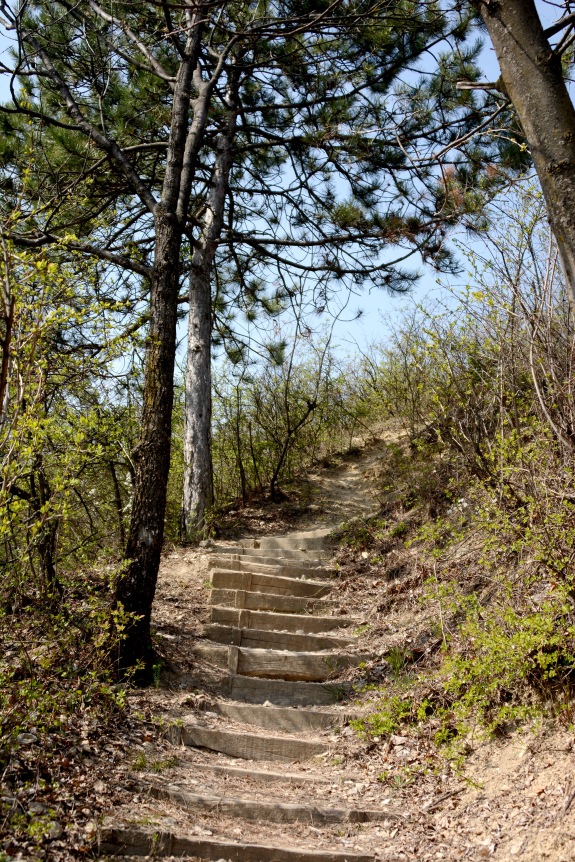 If even zoology and geology leave you stone hearted there’s always the view, which extends over the Danube and Óbuda island all the way to the Parliament and Gellért hill (on clear days, of which there aren’t so many given the current smog situation). The spots with the best panorama are of course the more difficulty accessible ones, often overlooking pretty steep ravines, so do pay attention when you take that selfie. Should you make it out alive, you’ll obviously need nourishment, which makes the Ürömi Hütte your perfect wind down destination. Located at about five minutes’ walk from the largest strip pit, it’s popular with hikers, but seems to also attract people arriving by car from farther away, with pizza being copiously ordered at each table, though we went for sausages and a quesadilla instead- as in I had the quesadilla and the industrious photographer the sausages, in case you were worried about our calorie intake. We were thoroughly satisfied with our food (and beer- Staropramen seems to be a much loved brand in the area), as opposed to the morning, when our day had started under the worst possible auspices upon discovering that Double Shot, whom we had crowned as the place with the best breakfast in town, changed their menu, replacing good, honest eggs and bakey with hipster baits such as hummus and salmon, which might look great on Instagram but will most likely leave you week and ineffectual halfway up a perilous slope on Fox Mountain, and why would you want to do that to yourself.

Given that we were in the area anyways, we decided to have a look at the newly refurbished Csillaghegyi bath as well, and subsequently accidentally discovered another urban trail, leading towards Aquincum through what is known as Mocsárosdűlő. (That’s swampy incline for you, if you are particularly interested in the intricacies of Hungarian.) Once belonging to the Danube’s floodplain, today it is stuck in a limbo, as it is a protected natural area, but as regulations are not strictly enforced, some parts are neglected and used as illegal landfills. As the city is constantly expanding, its future is most probably etched in concrete, which is a real shame, as the trail we explored, running along a canal intensively inhabited by frogs and ducks had something of an English countryside meets Victorian novel charm, including lush weeping willows, profusely blooming trees and horse tracks, the perpetrators of which were quickly located on a nearby farm. 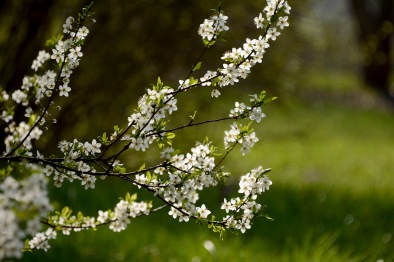 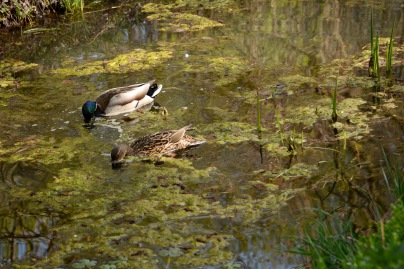 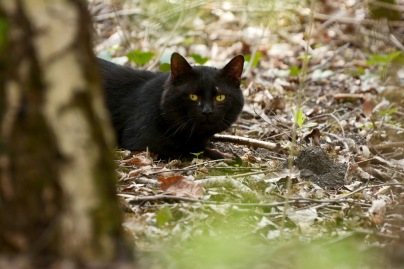 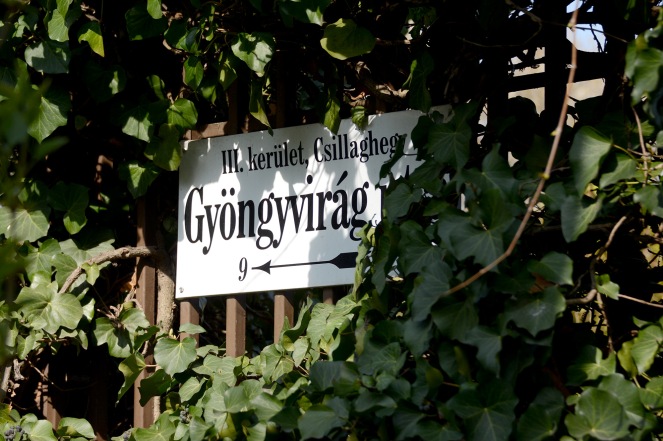 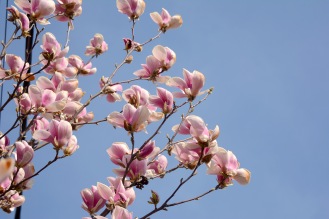 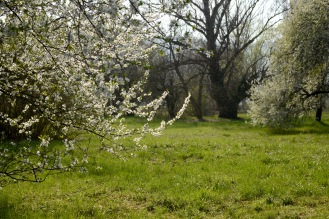