Thing is, you do not simply put up our Christmas tree. The number of heirloom baubles has now spiraled beyond any control, so the job takes almost all morning, and a good bit of the afternoon. Gives you time to think, too, though the blog’s industrious co-photographer stands firm by his remark that you cannot think through the buzz of Coldplay’s Christmas Lights (and other accompanying horrors, minus All I Want for Christmas is You, I do have my own limits of decency).  He will however occasionally request one song from The Killers’ ‘Christmas canon’.

But think I did, of our Christmases long ago and will start with a bombshell: they weren’t white. There might have been occasional snow, maybe it did snow more frequently than now, but not in December. My childhood Christmases were almost invariably warm and slushy, a thin grey mist with lights twinkling through the window of the car, people wrapped in thick coats gliding past on the boulevard like flocks of penguins. When it finally snowed, rarely, we didn’t exactly know what to do with the surprise: I did have a heavy wooden sled, it would be hoisted out, me and some random kid from the neighbourhood boarded it, and the most typical sound was that of the metal occasionally scraping the dirt under the thin layer of snow. On one such occasion the sudden breaking pushed the sled’s frame through my pants and gave me a needle like scar which is there to this day.

On one of the warm, slushy days the tree had to be procured. Over time, it became the endless iteration of the same tree, about 2.5 metres tall, with symmetrical branches that nevertheless stood a bit apart, to allow for the many baubles to move in. The only trees I remember that did not fit the model were trees my grandfather ‘sourced’, to use a polite word, from mysterious places in the dying years of the Communist era. They were invariably wonky, with branches surgically inserted in with methods of varying success and would need to be propped to furniture with a complicated system of threads and cables. Later on, there was the one year when I caught the chicken pox and somehow my father forgot to buy the tree on time and had to go out on the morning of the 24th on a mission impossible. At home, I waited, covered in small pink buttons, inconsolable, with the image of a pauper’s Christmas looming ahead of me like some Dickensian nightmare.

Decorating the tree was, at that time, mostly my mother’s task, which I slowly took over. Except the candy. My grandfather called them kriszkindli (a corruption of the German Christkindl, as I later discovered), and I loved trying them for the different sorts of jelly inside, always aiming for orange, which seemed tantalizingly rarer than the lighter shaded lemon. My father had no objections to jelly, but hated coconut- logically, my grandmother insisted on buying coconut filled candy, which was great, because I could eat it all. Nevertheless, tying the candy was the most miserable task of the decoration, which often fell to my grandmother, and ended up in her being pissed out of her mind and getting the threads all mixed up in a Gordian knot. These candies would land on the tree in a big compact bunch, and crook it slightly to the side through their weight.

My grandmother would then finalize her bejgli. She was many things, my grandmother, possessed by astute practical intelligence and always a fighter in the storms of life, but she could not bake for the life of her. This did not, however, stop her from assuming she was a formidable cook and baker, and bejglis would be industrially churned out. I enjoyed the poppy seed ones, but feared the walnut, because walnut would invariably contain tiny, sharp, bitter pieces of shell. These days, I miss those shells with passionate, nostalgic love.

In the four weeks of Advent I would industriously go to Sunday school- logically taking place on Saturdays- and learn A Poem. It struck me as one of the great differences between ‘my peoples’, the Romanians and the Hungarians, that while the Romanians are, theoretically, born poets, they do not feel so strongly about reciting poetry aloud, which is, however, a Hungarian national passion. The point of this feat of strength was to learn the longest, most convoluted poem and deliver in on Christmas Eve in one long, brave, uninterrupted burst of victory. I generally went for Endre Ady, as I later found out, a womanizer and an alcoholic, as opposed to the many bland Christian poets on offer, an early sign of my instinct to swim against all possible tides and sympathize with questionable heroes.

My grandfather was not particularly fond of visiting churches but would show up on Christmas Eve with the resigned face of a martyr. Sitting across from him, in the children’s pew, I would study his face as it changed from disenchanted to annoyed to outright bored, depending on whatever the priest was on about, reaching the final beatitude of near sleep towards the end of the sermon. I would also study his face while I recited the poem- her interest caught up in the minutia of the ceremony, my grandmother could never replicate the beaming pride my grandfather had when I seamlessly delivered my meandering Ady to the congregation.

While we were stuck in church, a squad of shady figures was toiling away at my presents: Moș Crăciun (and his confusing, non-denominational, prior iteration, Moș Gerilă), Îngerașul, Jézuska, Az Angyal and Mikulás (and his confusing, non-denominational, prior iteration, Télapó) were all busy at making the feast a success, which was somewhat strange to me as the Easter Bunny could cover two Easters (Protestant and Orthodox) without a glitch. With proto-feminist enthusiasm I concluded that this was because they’re men, and the rabbit is surely a woman, and can therefore multitask. In fact, they were all a woman, my mother, and she went on relentless expeditions before each holiday.

The standout achievement was a ballerina Barbie, glorious in her blue lacework dress frosted with delicate silver glitter. I’d actually spotted her at a toy exhibition at the Palace of Culture, where I had just reached the pinnacle of my acting career, as Random Rabbit Three in a Christmas play that took place in the forest. The fact that it was exactly that Barbie that landed under my tree was hard evidence that Santa existed, when in fact she had been bought way earlier by my parents, for a sum which amounted to double their salaries at the time.

There is only one other present that can match Barbie, and that is my green stuffed rabbit whom I named Dalma after Maradona’s daughter (obviously). Dalma was tucked away in plastic bag among some candy and mandarins, a donation from a Dutch child to our church in the early days after the revolution. Later on, the presents given by the congregation Santa to children would be uniformized, to avoid any debacles, but in those days random toys would be packed as available, and then we would eye the transparent bags as vultures, reaching for the object of our desire with a rather un-Christianly intensity.

Dalma was love at first sight, and I grabbed the bag and tucked it close to my chest for the rest of the evening. As we were leaving, a boy’s grandmother approached me- the doofus had gotten a present with a girl’s handbag inside, would I be nice enough to trade my unisex present with his. Panic welled inside me like a rising river, of course I was not nice enough, but I was, after all, confronted by adult authority. My grandmother was, however and as already mentioned, a fighter, and she came to my rescue like a lioness: the rabbit is hers and that’s final, the boy should have been more careful. If you feel this is perhaps not the most Christmassy note to end on, I will contradict you by saying that it is, it’s just that real love is sometimes a bit rough at the edges. Dalma has traveled to dozens of countries and is with me to this day, always reminding me that I come from a long line of feisty women. 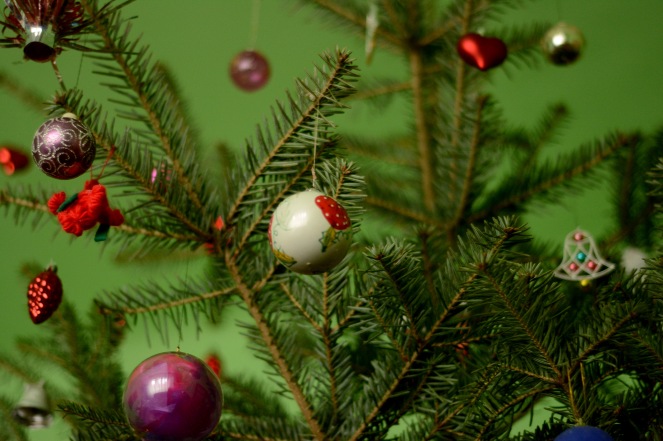 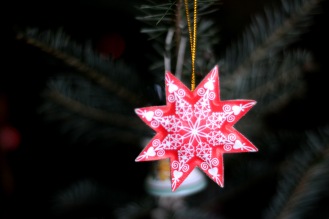 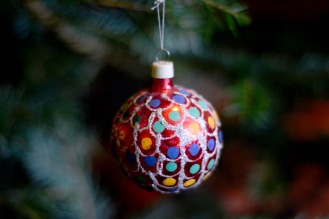 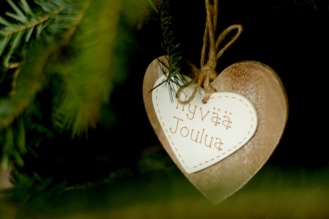 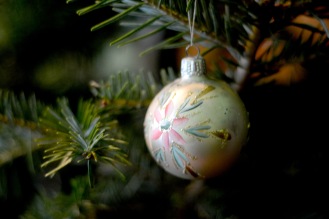 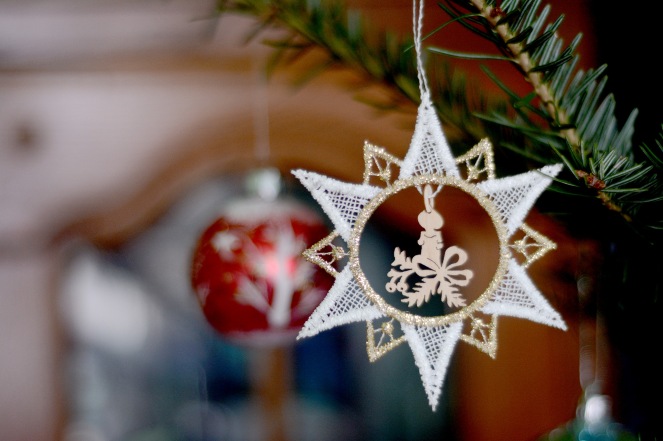 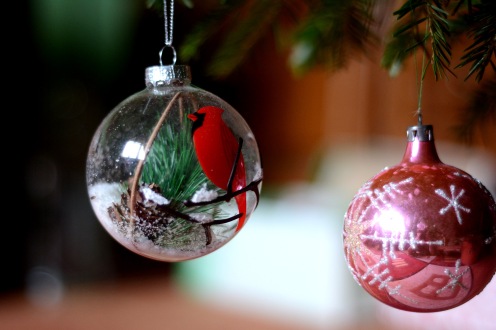 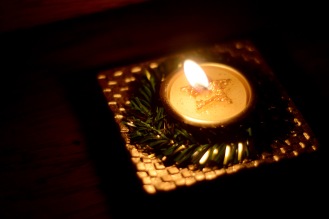 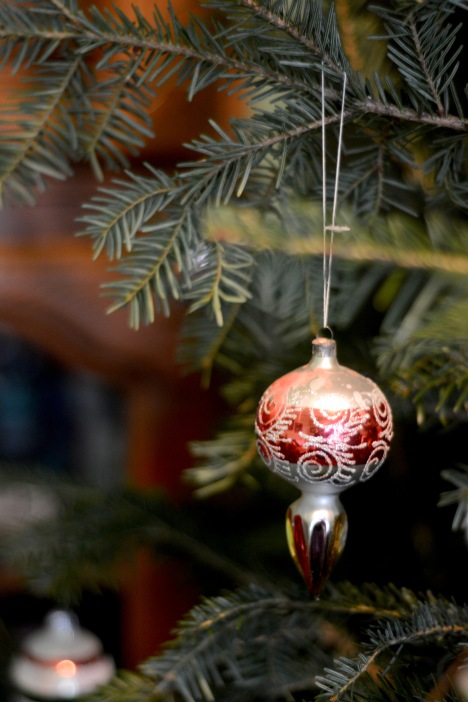