The Adria Palace (of which I of course did not yet know the name) had been the backdrop to many a mundane undertaking of my Budapest life: I would give it a passing glance on my way to Iguana’s Cinco de Mayo celebration, peer at it aimlessly while queuing at the mobile bathroom during the half time of football games watched on the Szabadság square big screen or admire it through the foliage while sipping beer on Farger café’s terrace- Farger café has incidentally closed in the meantime, another chapter of the palace’s almost Gothic tale of transience and decay.

All this while, though, its maritime theme had It escaped me, my eyes glided over its shells, ropes, anchors and sea creatures, as eyes glide over architecture we take for granted. Yet the palace, not Gothic but more neo-Baroque in style, had been built in 1902 as the Budapest headquarters of the Hungarian shipping company (Adria Magyar Királyi Tengerhajózási Részvénytársaság), which had come into being after the establishment of the dual monarchy. While Trieste remained the definitory Austrian port, Rijeka, then known primarily as Fiume, became the Hungarian one- the Adria palace actually has a twin in Rijeka, a twin which due to the city’s location has managed to retain its original function and now serves as the headquarters of the Jadrolinija shipping company.

The two buildings were planned by different architects- the one in Budapest by Artúr Meinig, whose best known work is the Wenckheim palace, now hosting the Szabó Ervin library-but have some common elements, such as the four figures representing the continents to which the company was travelling. One of the four figures of the Budapest palace, namely the gentleman representing Asia, has an interesting backstory, in that it started off as a gentlewoman, whose head was damaged during a session of bombings. The building’s industrious renovators subsequently failed to do their due diligence when replacing it, giving us a stern looking mustachioed Asian elder with a generous bosom.

Today the palace is mostly empty, its fully circular first floors a labyrinthine world in suspended animation, slabs of perfectly preserved marble and stately doors of heavy wood contrasting with darkened hallways and wounded tapestries, a melancholy atmosphere that somehow reminded me of Miss Havisham’s house in the Cuarón adaptation of Great Expectations, especially when someone started playing a dusty off-tune piano hidden away in a shabby side room. Any glory days of the palace were in fact tragically short lived- the Adria shipping company could enjoy it for less than two decades, as it went out of business after Hungary lost access to the sea in wake of WWI.

It was subsequently the home of many disparate endeavours. The ground floor hosted the Ypsilon, somewhat pompously declaring itself the city’s only true Parisian coffee house, in line with the palace’s illusions of fleeting grandeur, and an office of the Hungarian Commerce Bank of Pest, which landed in the limelight in January 1935 when it was the target of an American style robbery which claimed the lives of the clerk and an errand boy and resulted in some avant la lettre Tarantinesque press coverage and a two day chase for the culprits who were finally apprehended by the police forces.

After WWII one of the main tenants of the building was the Hungarian Association of Partisans, and while their scope of activity was gradually narrowed by the lack of efficient class enemies, legend has it that the president’s stack of liquor grew at an opposed rate and was meticulously protected in a bulky metal safe, still visible today. The partisans were soon joined by the Express travel agency, which spent more than 40 years in the building- interestingly enough their director also seemed to be charmed by the palace’s liquor storage capabilities and kept his stash in a spectacular wooden cabinet located in one of the corner offices: the palace’s circular layout allows for four such rooms on the bottom floors, of which the two facing Szabadság square on the first floor have terraces shaped somewhat like a ship’s prow. Another area was leased out to the Heim Pál Children’s Hospital and became a dental surgery. No information is given on whether or where alcohol was kept by the doctors. During this period the palace was known primarily as the Express-house, but the agency needed to fold after 1990, unable to cope with the requirements of a changing market.

The palace thus slowly became the playground of various film crews, who shaped it and re-shaped it according to their needs, the medical green walls of the former Heim Pál surgeries seemingly inspiring a Moroccan setting and many rooms receiving odd, ill-matching tapestries. Some of the productions partially shot here include the umpteenth Die Hard and the Picasso-centred season of National Geographic’s Genius series, but, for me, the cherry on the cake remains this scene from Blade Runner 2049.  As the building is currently changing ownership, its future is again uncertain and only time will tell where the Adria ship will sail on the seas of life.

This uncertain fate also means that guided walks might not be available in the future, you can however keep your eyes peeled for possible new dates on Hosszulepes’s website. 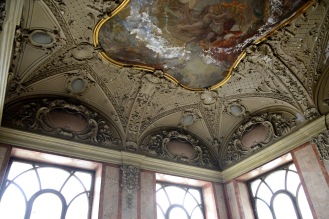 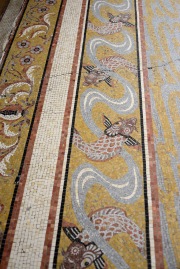 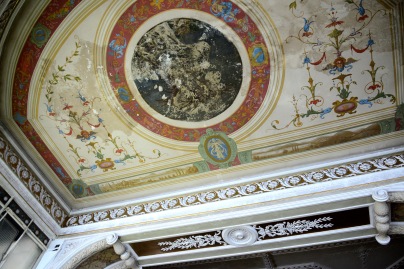 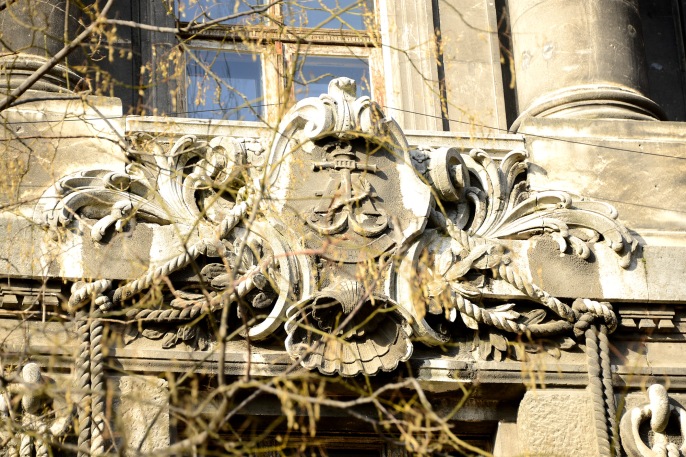 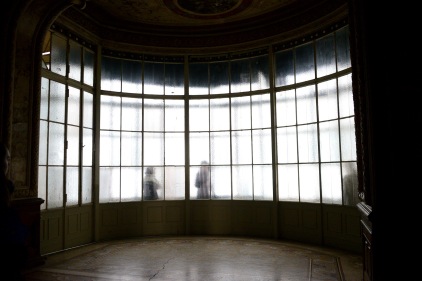 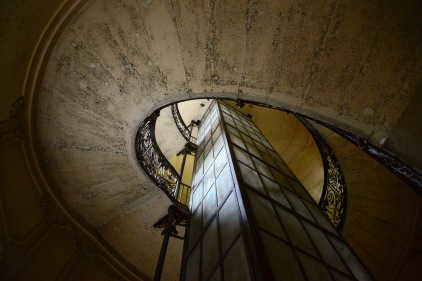 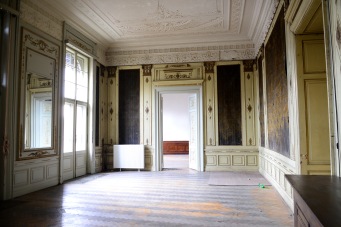 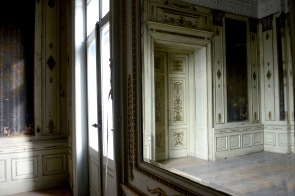 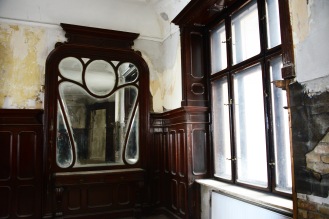 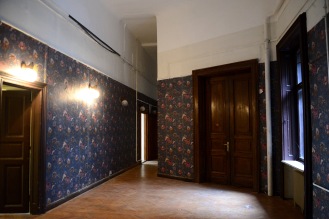 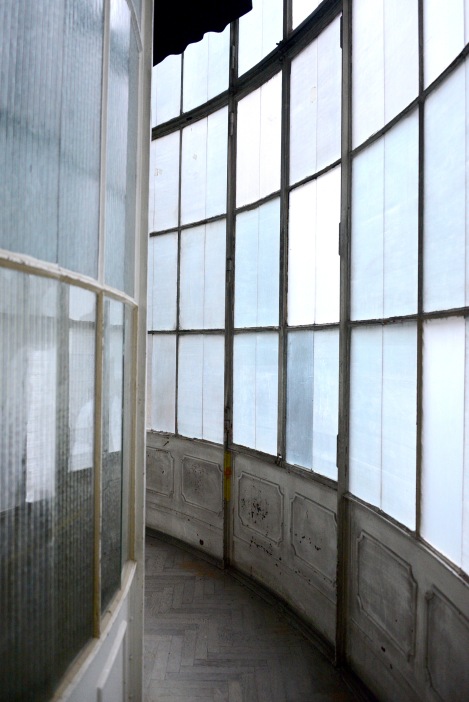 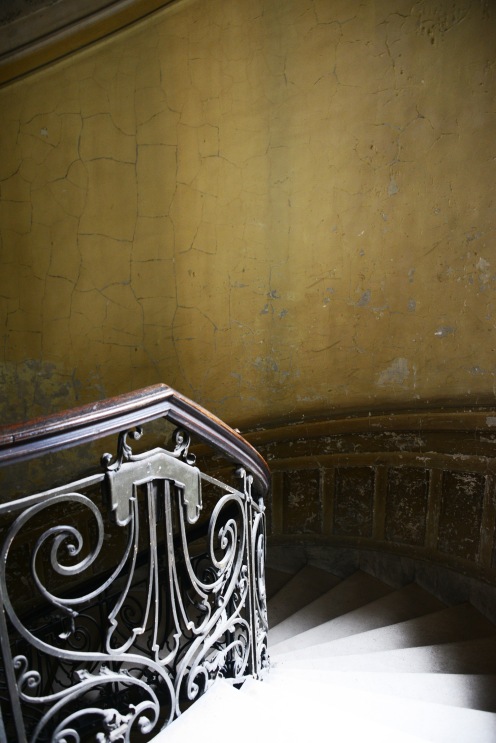