Besides being a retrospective of where we’ve traveled to in these past twelve months, this will also try to be one of those useful travel advice posts, just in case any of you decides to follow in our footsteps in the twelve months to come.

Sightseeing. It’s probably a common place, but if you’re in Berlin, you must see the wall. There are plenty of guided tours, and the unavoidable crowd at Checkpoint Charlie, but our suggestion would be to just discover the wall on your own terms. Setting out for any walk in Berlin will almost certainly lead you to the wall and it’s eerie to experience how bits of the city which seem so organically connected today used to have a thick concrete barrier dividing them and their people. The Greek amphitheatre in Taormina is another completely justified must see: both the structure and the view revealing itself as you climb towards the upper rows are as stunning today as they must have been in the third century BC. The Giardino Pubblico of Taormina can’t complain about the view either, but the best part is probably sitting down in the shade of a cypress tree to do a bit of reading and occasional contemplating of the Etna on the horizon.

Speaking of top spots for contemplation- the Kalemegdan fortress in Belgrade, overlooking the confluence of the Sava and the Danube is perfect for that, or, alternatively, for the sipping of beers which can be purchased at nearby stands while the castle in Bled offers a view which is so ridiculously pretty that we will say no more of it than the fact that you must see it four yourself to believe it’s real.  In the Piazza Unita’ d’Italia in Trieste you can idle away the better part of the day sipping great coffee and reveling either in the architecture of the  buildings framing it on three sides, or, best of all, the sea view of the fourth. We’ll end up returning to Berlin for another view: that of the Fernsehturm, where the rotating platform enables you to take in the entire city from a bird’s eye view.

Eating. I must confess to being endlessly in love with gluten, which is not so fashionable these days (sadly) but I will forever wear my love for pasta and bread with pride. So going to Sicily is basically returning to a long lost paradise, and most of the dishes I tried (this is to be interpreted as pasta, pasta and more pasta) were exquisite, with special shout out to the trapanese we had in the unassuming but excellent Lido La Romantica in Giardini Naxos.

Also, did I mention the meat? I love meat too, so Belgrade also wins my heart with its giant plates of čevapi- a lot of places serve great ones, but Znak Pitanja has the added excitement of wonderful desserts. I am actually not necessarily a sweets fiend, but their tufajiha (candied apple with nuts and whipped cream) goes right up my alley. Koliba on the other hands gets extra points for the location (that confluence you admired from Kalemegdan) and being a river restaurant it’s a fine choice for fish lovers too.  As the exotic top tip, if you walk up from the station towards the centre on Balkanska street, the Suzana bakery has excellent cottage cheese pies best consumed with yogurt (insert here ode to Balkan yogurt, unparalleled in the entire world.) Last but not least, brandy is a perfectly acceptable breakfast option in Belgrade, and if by any chance might want an omelette with it too, you can try Srpska Kafana on Svetogorska street.

In case you’re hoping for some sausage themed recommendation from Berlin, think again- the most memorable food experience we had was on a rather typical tipsy Kreuzberg night, when we had Mexican food served by Asian waiters in Quepasa and we regretted nothing. We’ll make it up for you with a very local themed recommendation for Vienna, namely Wagner’s restaurant on Neustiftgasse. 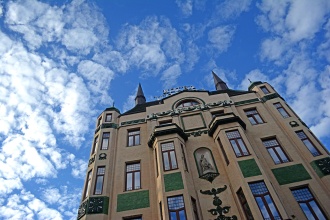 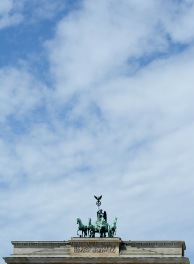 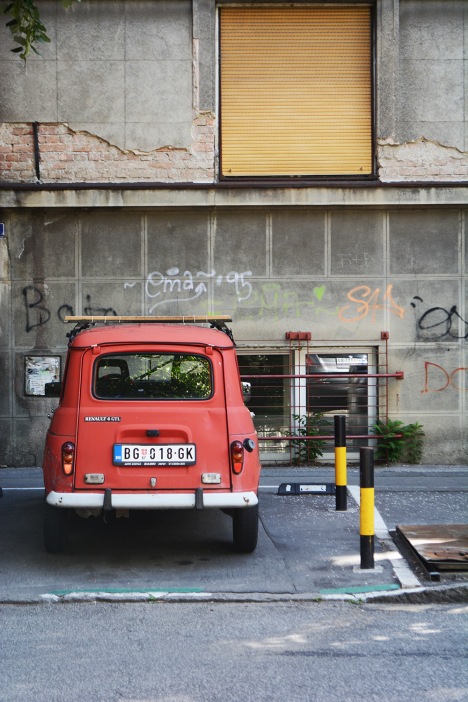 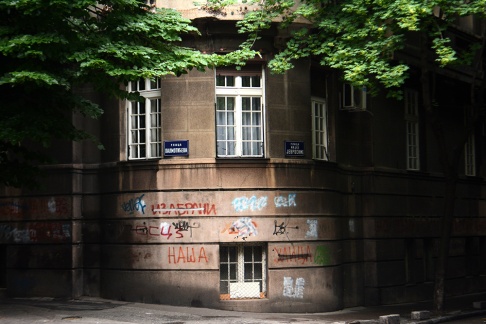 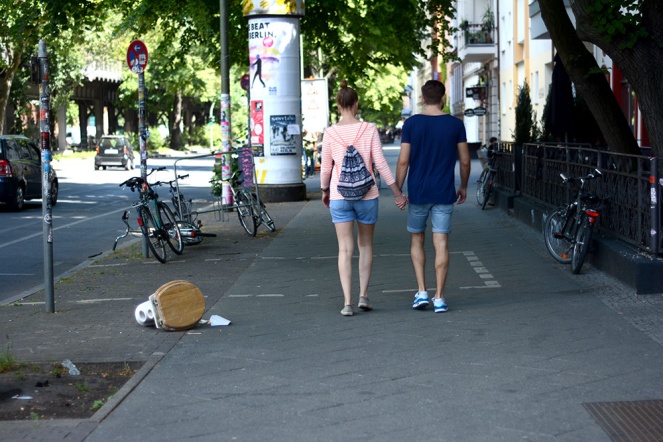 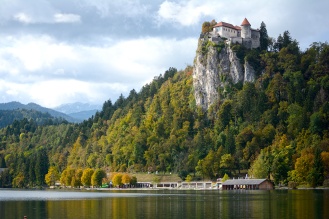 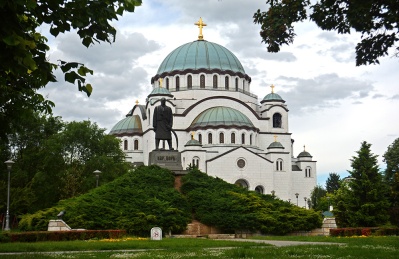 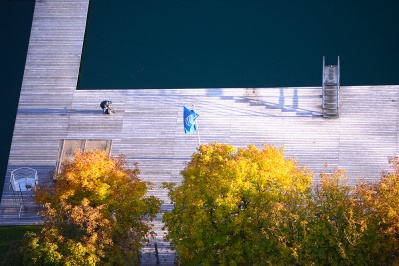 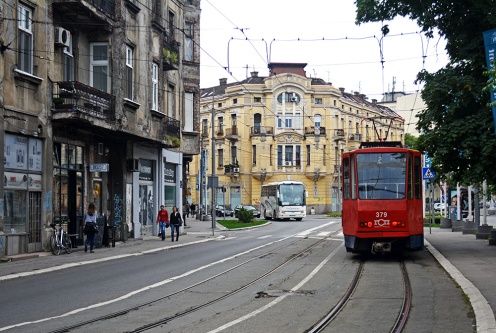 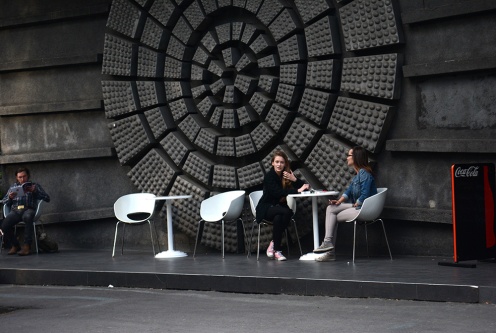 Drinking. I’ll try to keep this one in check, lest you jump to all the wrong conclusions. We’ll also skip the beers in Berlin part, because it poses no challenge: the top recommendation then is the Schwarze Traube, which has absolutely superlative cocktails and an off the beaten track atmosphere. Good beer did seem to be more of a problem in Sicily, but actually wasn’t. In Taormina Bar Licchio’s might be very much on the beaten track, but you could easily squeeze in for a couple of local craft beers and some crowd watching. Vecchio Pub saved us on a rainy but also pretty lovely day in Syracuse and here I must mention my slight amusement at how Italians serve craft beers very much like wine, with big cooled down bottles and long stemmed glasses. I know one might expect some wine recommendations for Sicily, but in case you have not noticed it until now, I have another confession to make: I’m with team beer and while I can enjoy a glass of good dry red, I’m not going to pretend being an expert, and will therefore leave any wine tips to those in the know.

No frills were wasted on us in Ljubljana, where we got to investigate the promising local beer scene in Petkovšek, comfortably situated in the proximity of the Zmajski most. In Trieste we accidentally bumped into Birreria Forst, a pleasant establishment echoing the golden days of the Habsburg Empire and serving the brews of the traditional South Tyrolean brand of the same name. Drinking tips for Belgrade are almost as superfluous as those in Berlin, nevertheless you may wish to check out Pivopija for beers (we’ve been to the small but well stocked and cat friendly outpost in New Belgrade) and Rakia bar, for an offer of brandies rivaling that of Budapest, which is a major compliment in the field.

Coffee. Yes, coffee is a drink too, but of a slightly different nature than what was discussed above, and having good one while you travel is vital for the overall efficiency of the trip. When in Berlin you might consider refueling in Westberlin or Drei, while Taormina will kill you with one of those views again in Wunderbar– it will also kill you a little price wise, but every now and then espresso is worth the sacrifice. I’ve recently read a rather infuriated piece on the quality of Belgrade coffee, which the author found to be dismal, especially taking into account the amount of coffee Belgraders drinks, but I myself have no complaints on the brews I was served in Užitak and Aviator.  Some places we visited made such a lasting impression on us that we dedicated special pieces to them, so you may wish to check out the bits on Caffé San Marco in Trieste and Café Central and Kaffemik in Vienna.

Shopping. This one won’t be my strength, as I generally do not travel for shopping, but of course it does not hurt to have a good place to stock up once you’re there. Bikini Berlin is basically paradise if you want well curated shops in an exciting location (there’s an interesting article about how the place was designed here) and relieves you of the trouble of searching for corny souvenirs too. In Belgrade it’s worth checking out Makadam and Gradstor, and Mikser House has pretty good design fairs every now and then if you’re lucky with the timing of your visit. 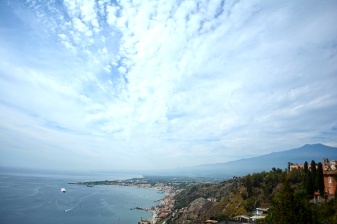 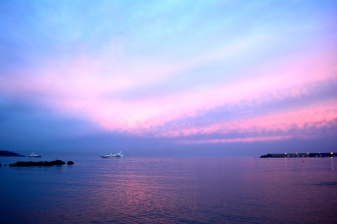 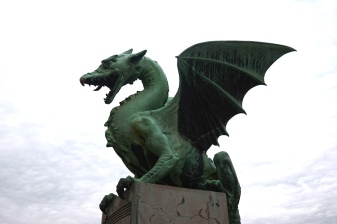 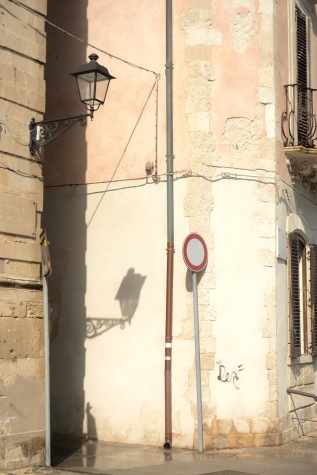 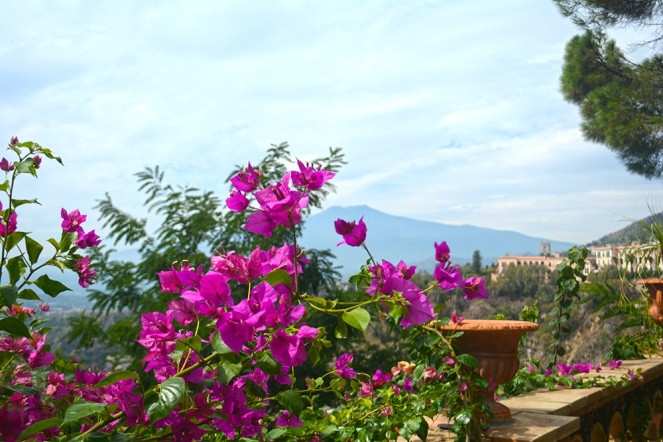 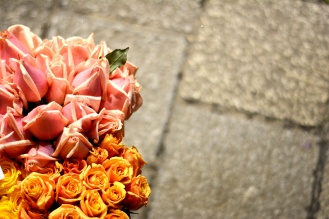 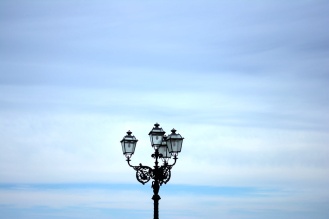 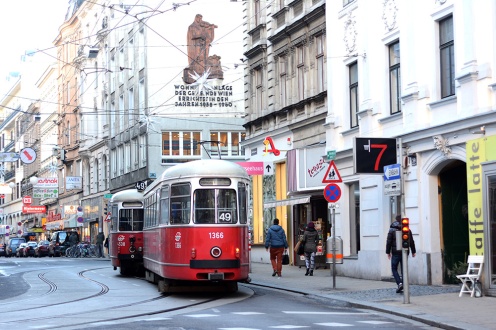