So since last year I started a tradition (though I don’t know if you can already call it that after only one iteration) of listing some things which I found particularly nice about Budapest in the previous twelve months, I will try to continue it this year, with new ones, and perhaps see how many years I can go on without repeating anything.

-walking the Danube promenade, irrespective of the season, or best of all, at least once in each season, to see how it changes, the foliage of the trees, the way people walk, like industrious penguins in winter and free flying birds in summer, the light, tentative at first in spring, then turning into the relentless sun of summer and retreating into autumn mists and the white, muted sunshine of winter.

-keeping up the runs on Margaret island over more inclement seasons, a splendid way of teaching yourself that -4 with a light breeze from the river is actually not that bad, watching the squirrels becoming manic over autumn, frolicking around the trees and sometimes even joining in for bits of the run, with an appalled ‘this humanoid is deranged’ look over their small faces.

-discovering that there’s spa life beyond Rudas and Széchényi, and that Dandár actually has two absolutely awesome Finnish saunas that smell of wood like they’re supposed to, and you can enjoy their scorching heat in the company of little old ladies who don’t flinch until it gets over 100 degrees. 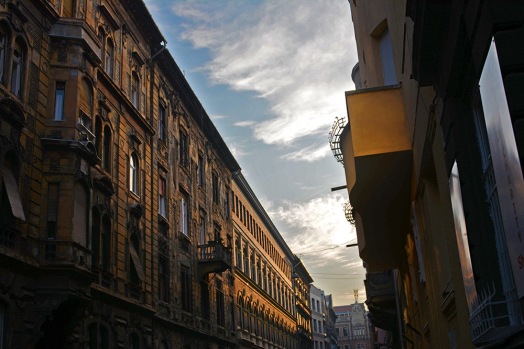 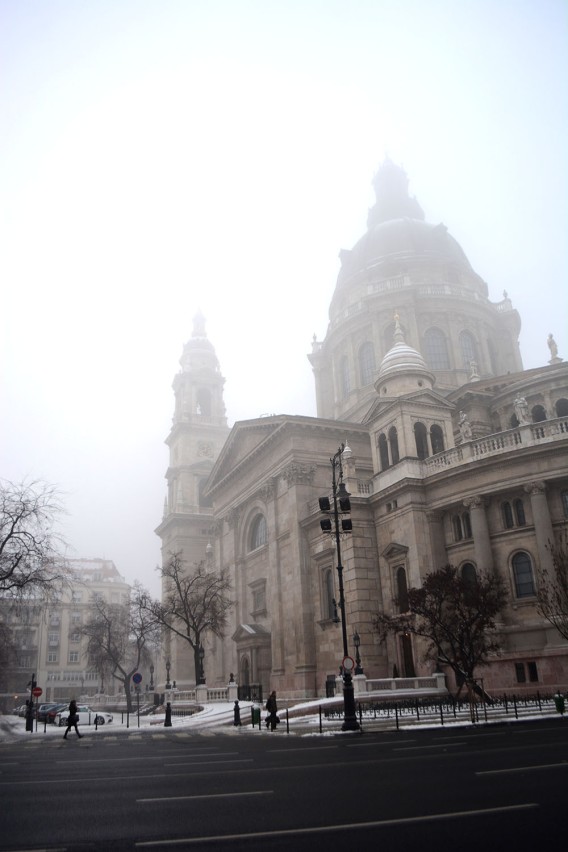 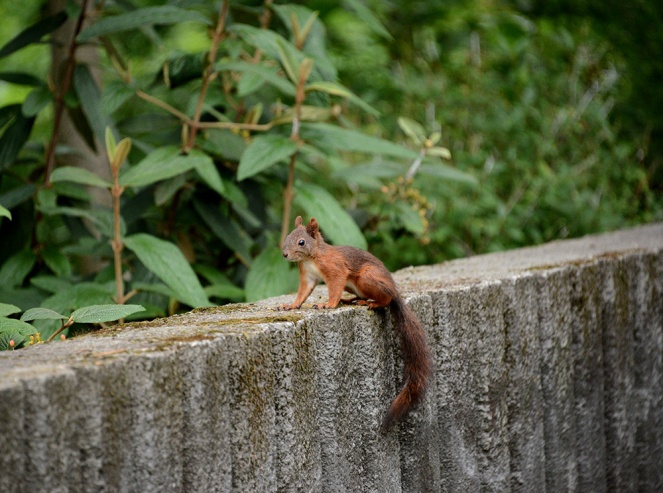 -venturing onto one of the many forest paths in and around Budapest, sometimes in the company of friends who actually know where they are going, sometimes simply setting off along a route and hoping that it leads to a place where they cater beer- and discovering that most of them do.

-having a whole summer of freedom on the Freedom Bridge. I am certain that drivers and those who take trams 47/49 often would disagree, but I for one whole heartedly support the idea of closing the thing to traffic at least one month every summer so people can organize impromptu picnics, dances and yoga classes and hang hammocks on its sides to peer into the sunset while sipping beer and cider- strangely enough the latter seemed to be more of a star drink this summer than the former.

–taking a flower each spring, on his birthday, to the riverside statue of József Attila, Hungarian and Romanian like me, relentlessly watching his beloved Danube, turbulent, wise, and great.

-enjoying a presszó with the regulars in old school establishments such as Bambi. It might seem like nostalgia at first, but it actually isn’t- time really does seem to stop even today if you spend an hour or so in Bambi and as a first in a long while, among the clatter of rummy tiles and the soft whisper of carefully caressed cards, I did not need feel like checking my mobile, because it really can’t tell me more about what’s important in life than the peaceful reverie of the coffeehouse. 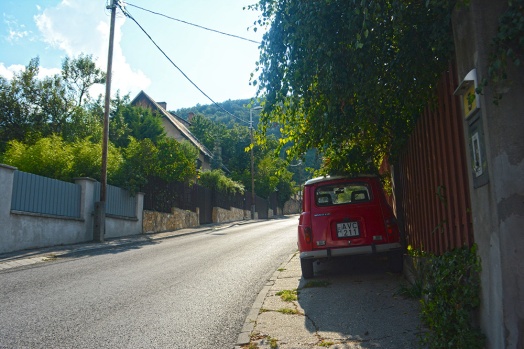 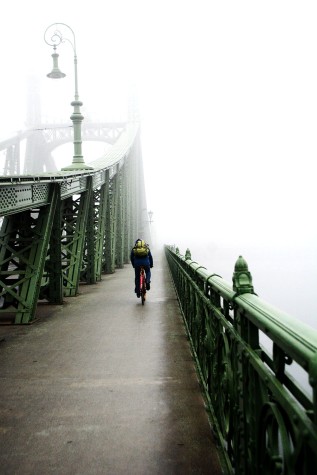 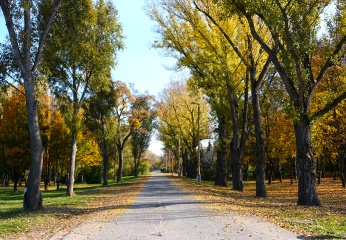 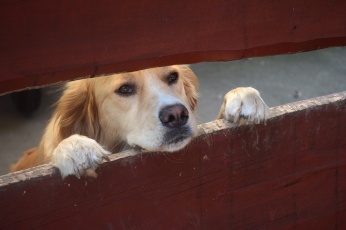 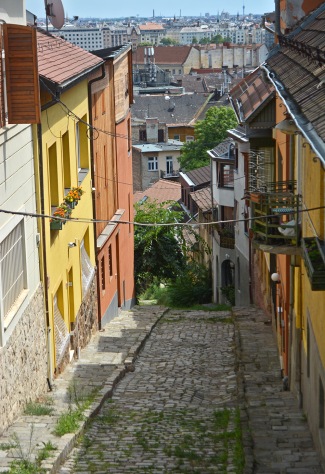 -watching a summer storm move through the city, first with the clouds darkening on the edges of the horizon, then moving in towards the centre, randomly letting big shafts of hot light through, and then the drops suddenly hit the pavement right behind you, immediately grow larger and larger, heavier and heavier, and you run for cover through a sheet of water to the nearest shelter, which for me this summer happened to be the doorway of a falafel store with a view of Saint Stephen’s and frankly, that’s not a bad place to be stuck.

-speaking of Saint Stephen’s, the way and timing of the sun reaching its cupola in the early hours of the morning is a crimson hued diary of the seasons- I can see summer receding as the sun reaches it ever later and ever less, and winter fading away with every new inch won come spring.

– early mornings at Hunyadi market, when the fruit and veggies are the freshest, when the best flowers are still waiting for the first customers, when the milk and butter queue is longest but everyone is still patient, when you can overhear the best conversations, about tomatoes, the weather, politics, distant relatives, the great truths of life and garlic. 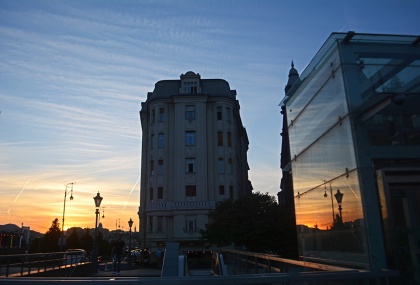 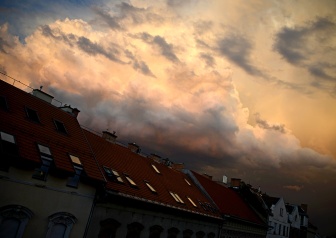 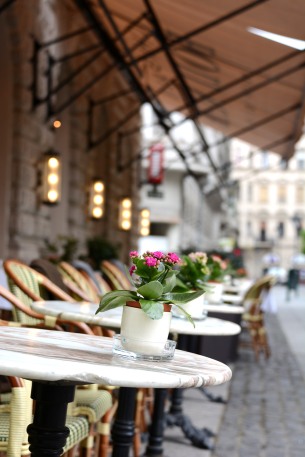