The search is finally over. I have now identified the easiest and in all likelihood most enjoyable job in the world: working for the Slovenian tourist board. Your typical day probably starts with idling into office to look at about ten dozens of equally stunning nature shots and finally choosing one while being well aware that it doesn’t really matter. The near perfect shot of the crystal clear glacial rivulet might be a tad near perfecter than the stunning view of the snowy valley, but that’s just nuances, and you know it. People will just keep coming back no matter what you do, so you might as well indulge in some fluffy cream cake and hope that next week they’ll send you on a field trip just to make sure everything’s still as picture perfect as last month. And needless to say it will be. So, confident of a job well done, you will wander back into your office and for a second ponder a more challenging life, like, let’s say switching to the tourist board of The Gambia and then dismissing the thought with a content smile.

Taking this into account it really doesn’t matter all that much where in particular you start exploring Slovenia, but let’s say Bled Lake is a fine option. It’s probably safe to say that traveling around Slovenia is best done by car: the country is crossed north to south by a comfy highway, but the meandering mountain roads are also in good shape, so there’s no danger in taking the scenic route, except that perhaps you’ll stop ridiculously often to take in one stunning sight after another.

Bled itself is a short distance from the capital and the airport serving it, named after politician Jože Pučnik, whose name is eerily similar to that of one of the three people who seem ubiquitous around the tiny country, architect Jože Plečnik, of whom more will be said when we get to Ljubljana. The other two are Romantic poet France Prešeren and, in a rather odd twist, reigning ski jumping world cup holder Peter Prevc. I usually considered my interest in ski jumping one of my more marginal undertakings, but it came extremely handy in Slovenia where people  would suddenly become evidently more friendly when I had a good word to spare about Peter.

The lake and its small island welcome you right by the main road, in a rare case of a touristic attraction which looks every bit as good as the postcard. The sight is often complemented by the tolling bells of the island’s church, which apparently bring good luck and are thus industriously harassed by the visitors, who can reach the island by taking one of the nicely decorated boats going by the name of pletna. Another typical Bled sight is a furiously approaching swan, though I must confess to finding swans kind of overrated: they’re nothing but mean geese with a superiority complex and I am therefore much more pleased to encounter a raft of ducks peacefully pottering about the lake.

For those thirsty for a view to remember, Bled castle towers over the surroundings and can be reached both by car or on foot- walkers and runners are spoiled anyways, as the there is a continous track around the lake, dotted with places of interest such as the Bled rowing club, the alma mater of numerous world champions, and several scenic villas, among them the one which served as the summer retreat of Marshal Tito. The castle’s ten euro entry fee would be well justified by the vista alone, but as a bonus you also get to investigate a rather interesting exhibition about the area’s history and are treated to the usual array of souvenir shops plus a restaurant.

There are plenty of options for accommodation both in Bled and in the nearby villages- we can warmly recommend Hotel Lukanc nestled in the tantalizingly picturesque village of Selo pri Bledu, only five minutes’ drive from the lake. When it comes to food, Slovenia excels by not excelling at anything- located at the meeting point of Balkan, Mediterranean and Germanic cuisine, it offers a fair range of dishes from all three without any particular highlights. Bled itself is famed for a version of the central European Cremeschnitte, pioneered by Serbian-Hungarian pastry chef Ištvan Lukačević, locally known as kremna rezina- the cake can be found on the menu of most Slovenian restaurants, but the ‘original’ edition is the one served at Hotel Park on the lake’s shore.

For those who feel that one crystal clear Alpine lake is simply not enough, Lake Bohinj is located a mere twenty kilometres from Bled and comes accompanied by the Savica waterfall, which lies at the source of the Sava Bohinjka, one of the Slovenian headwaters of the Sava which will continue its sleepy flow for another 990 kilometres, meeting the Danube at Belgrade. (Here comes useful knowledge: the Sava is the Danube’s third longest tributary, after the Tisza and the Prut.)  To gain access to the falls, you must purchase a 3 euro ticket and then walk for about 20 minutes along a well maintained path. Once there, you might enjoy the rumble of waters while indulging in some poetry helpfully added to your guide- you guessed right, the verses were penned by none other than Prešeren, who often felt poetically inclined in the Bled area. You can’t really blame him though, the prettiness of the surroundings gets to you even if you’re an incurable Surrealist or perhaps a cynic, therefore one shudders to think what it did to an impressionable Romantic mind.

Once done with the reverie, you might consider the next steps of the journey- since a trip on the meandering mountain road connecting Bohinj to Nova Gorica seemed a great idea, and so did popping over to Italy for a quick inspection of Trieste, that is exactly what we did, and the results will be rendered public in the next installment of the travel diary. 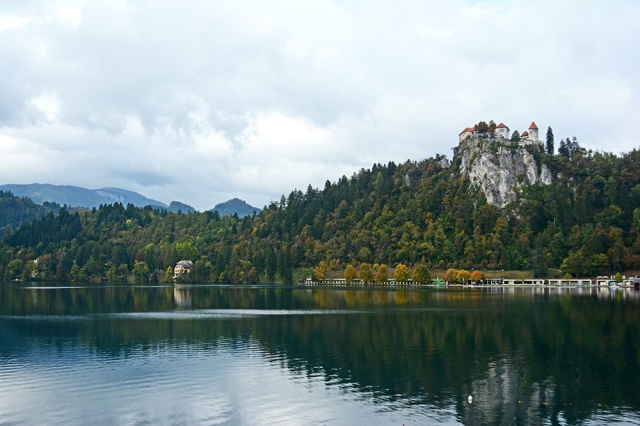 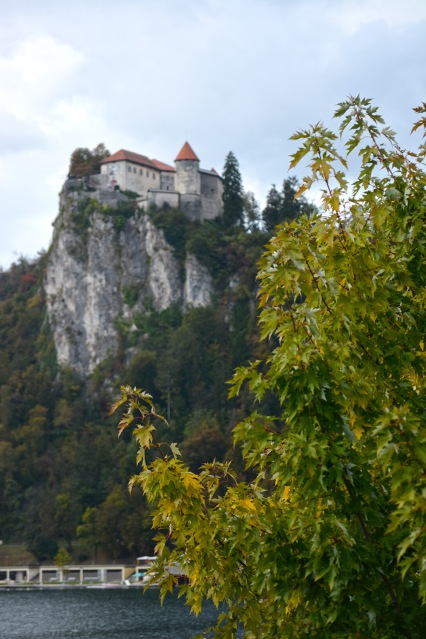 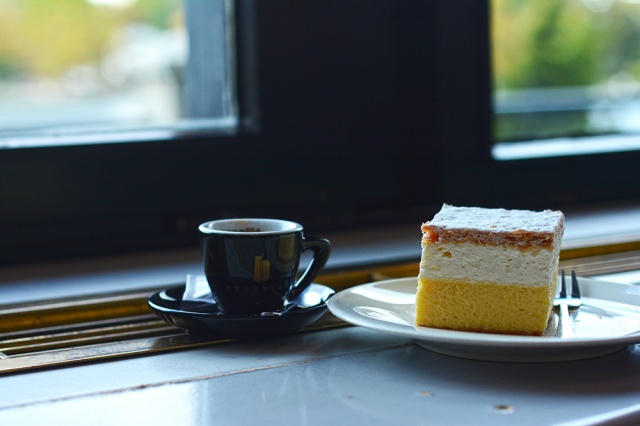 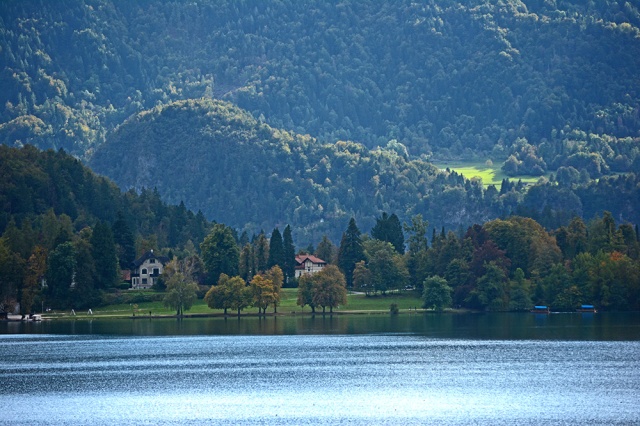 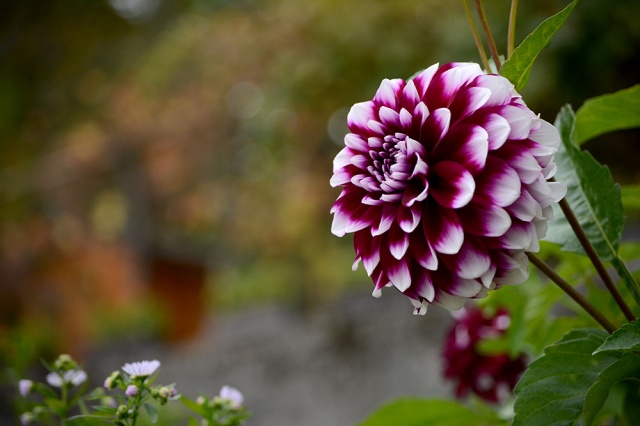 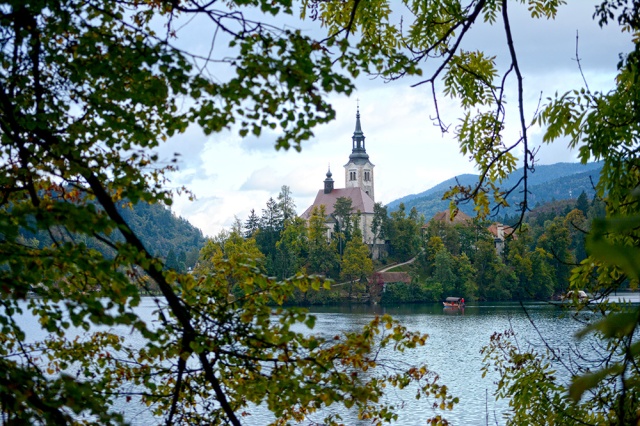 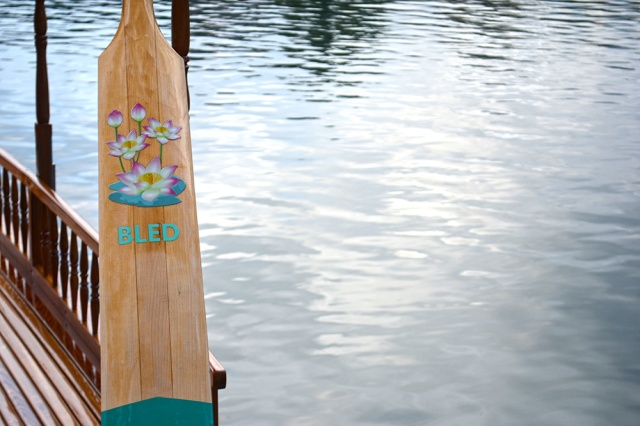 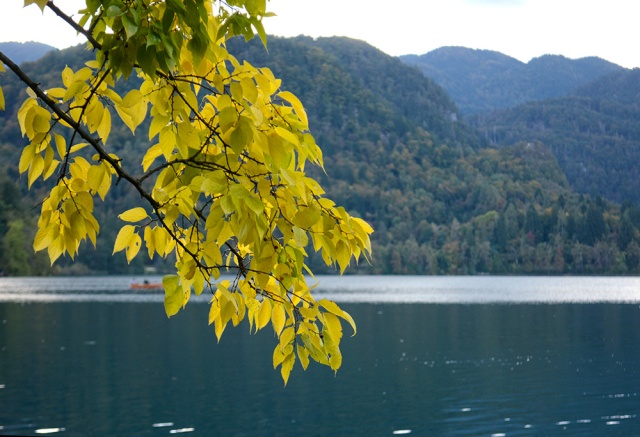 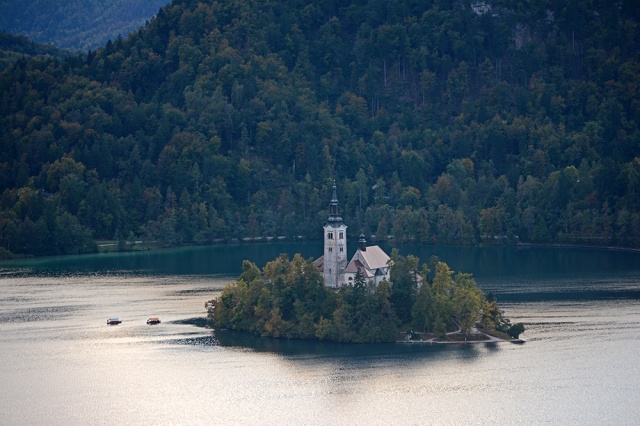 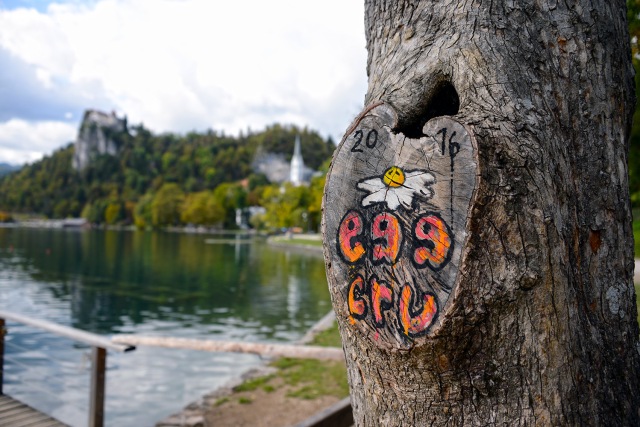 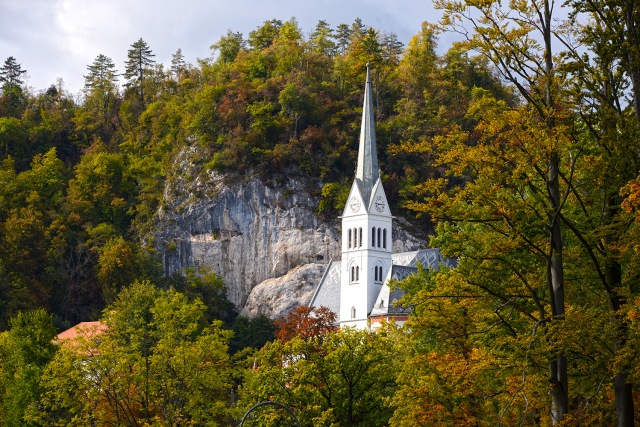 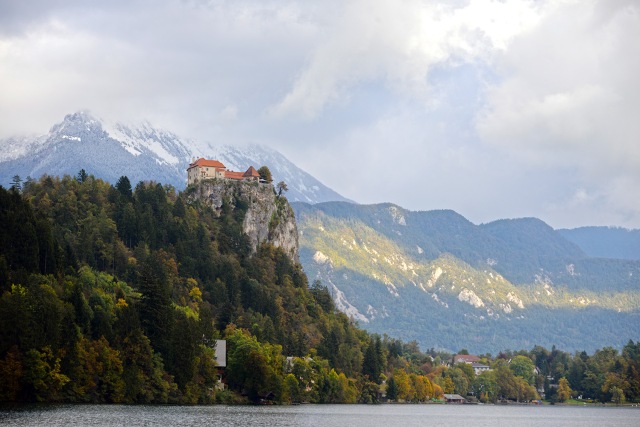 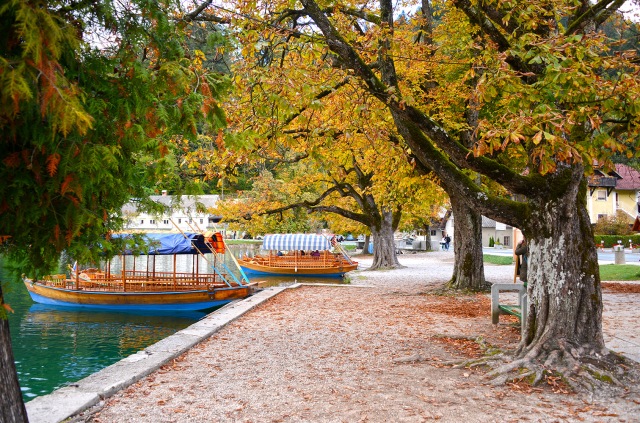 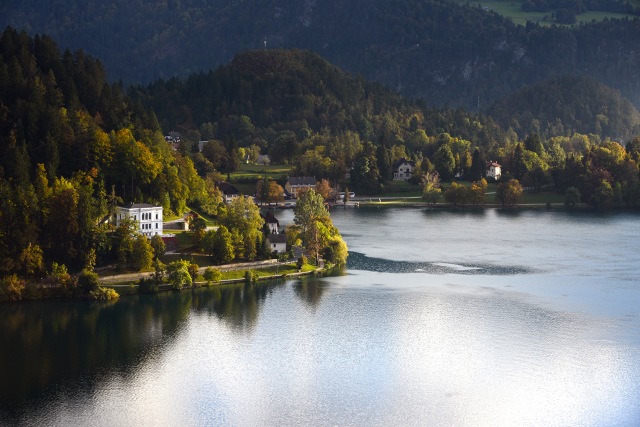 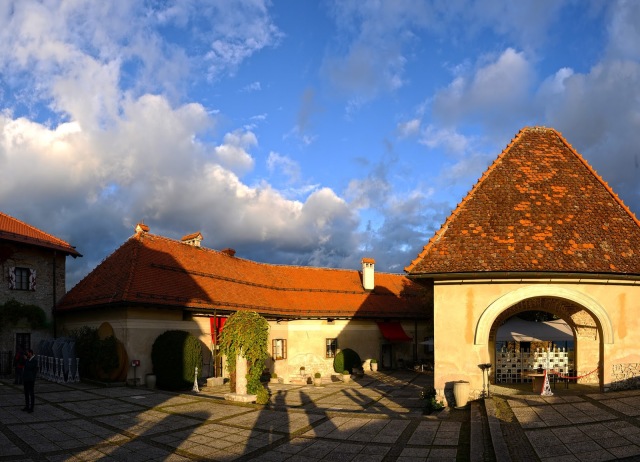 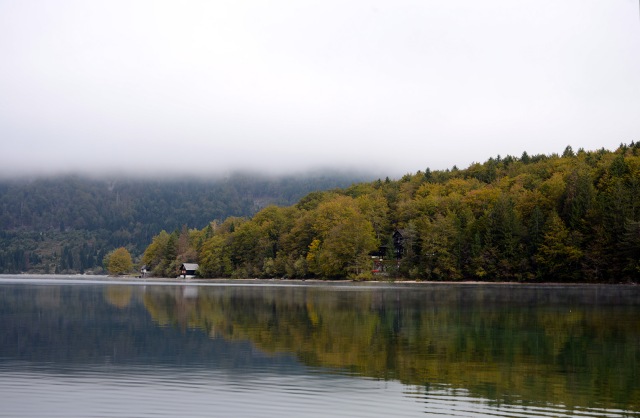 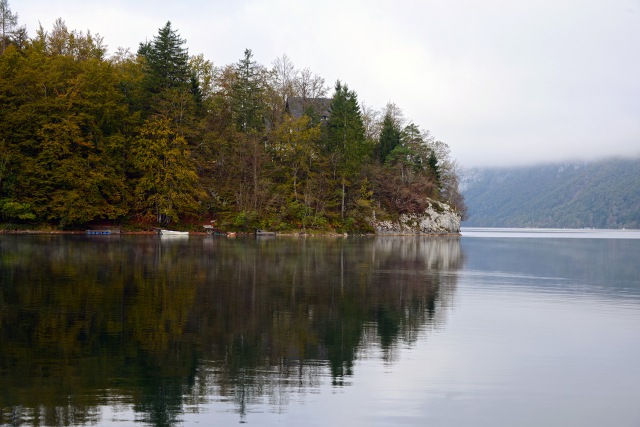 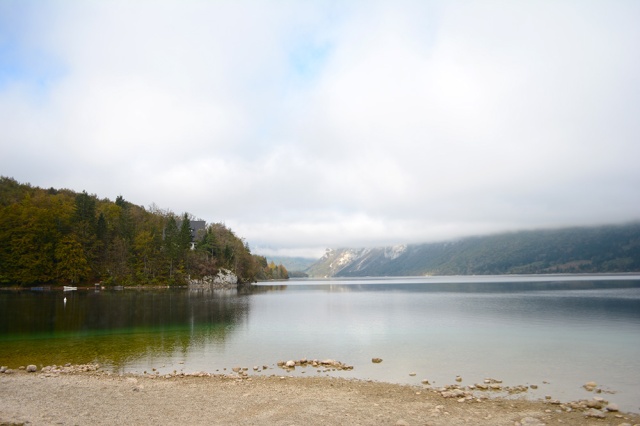 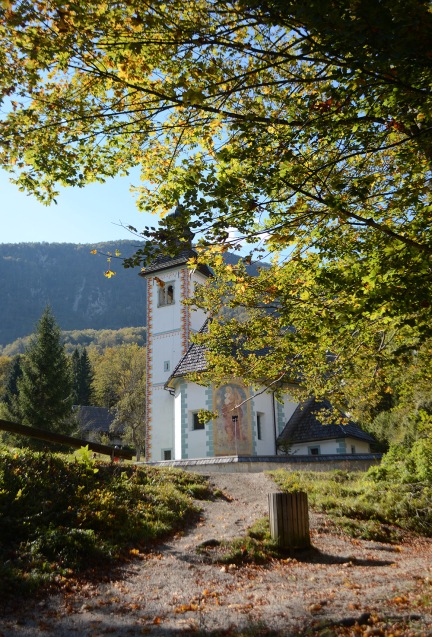