To stop Romanians from ruling the world, God gave us a geographically perfect country. With no highways. And the chronic inability to build them. Yet when we set off on our short but sweet daytrip to Sibiu, we decided to ignore this dark curse and pretend that the 50 kilometres still lacking from the by now mythical A1’s section connecting Arad and Sibiu would be the proverbial piece of cake. They weren’t. They were undoubtedly beautiful. Still crisp forest greens enveloped by the first, gentle fogs of autumn. The Mureș sneaking in and out of focus, like a big, lazy, silver snake seeking the first kiss of the morning sun. Well kept villages sleepily welcoming the Saturday with the odd man pruning their orchard or unhurriedly biking to the nearest supermarket. Backyards fragrant with ripe grapes glistening in the dew and the compulsory dog barking itself into a fit whenever a car drove by. The cars were many, because these ancestral 50 kilometres were beautiful indeed, but God Almighty, were they slow too. By the time we arrived in Sibiu, we felt like the Argonauts on their quest to find the golden fleece. (Generally happy Argonauts too, because somewhere along the way we bought pretzels softened in 17.8 percent of red wine, and let me tell you, what God took away from us with the lack of highways, she gave back in the form of pretzels.)

And Sibiu happens to be a perfect arrival spot for legendary travelers, because unlike so many towns that have lost themselves through the upheavals of history, it feels old. Not simply old, but ancient and wise. It might have a flashy little airport on its outskirts that has daily flights to its German alma mater, there are glassy high rises popping up over its landscape, and after some careful evaluation we eventually ended up in the parking lot of an international supermarket chain. Yet when we made it to the narrow, cobbled streets of the city centre we heard the heartbeat of the past in every stone. I always feel a great sadness when I walk in Budapest’s Tabán neighbourhood, today a collection of pristine streets and small parks, and remember that its original haphazard, bohemian, messy iteration was razed to the ground in the early 20th Century, depriving the city of what would have been an umbilical link to its history. Sibiu was lucky enough to escape this fate.

Like every respectable Romanian city, it comes with an ancient Roman settlement in its past: the castrum of Cedonia was probably located in the area which is now the Gușterița neighbourhood, yet our current city’s history really began in the 12th Century when, at the initiative of Hungarian king Géza II, it was colonized by Saxons from the Rhein-Mosel area. Admirably, throughout the manifold upheavals of history it has never lost its German flavour: while today, mostly as a result of the systematic displacement of ethnic Germans during Romania’s Communist years, the German population has dwindled to near extinction, it still has a local council dominated by Romania’s German party and its ex-mayor, also an ethnic German, happens to be our current president. 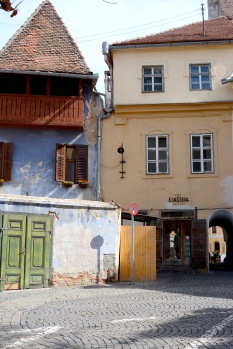 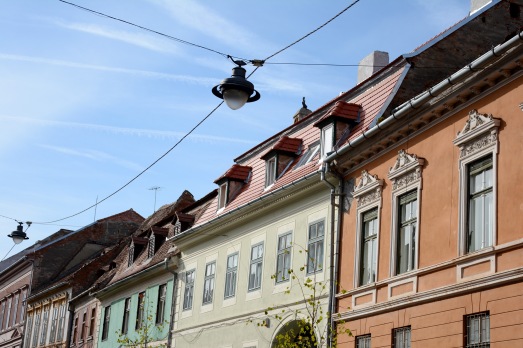 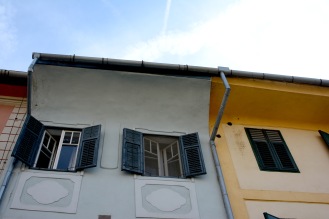 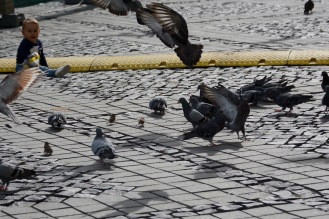 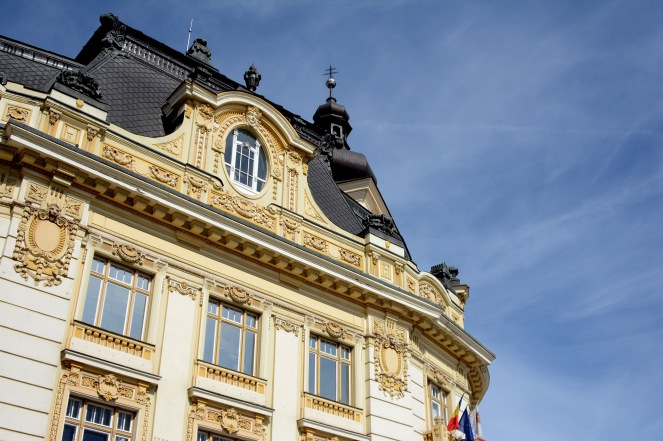 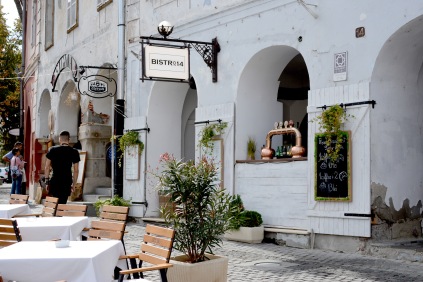 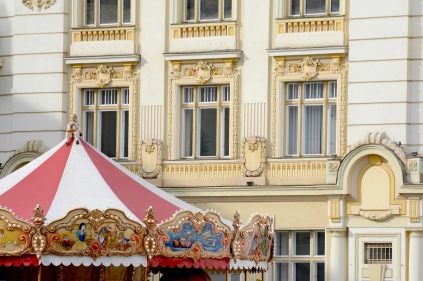 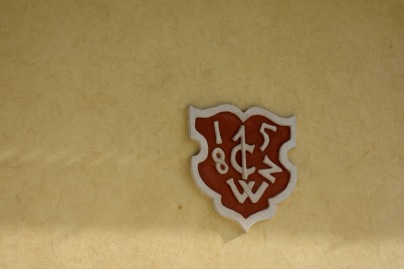 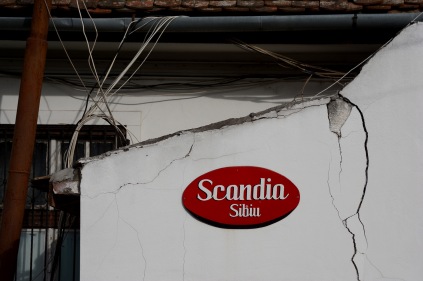 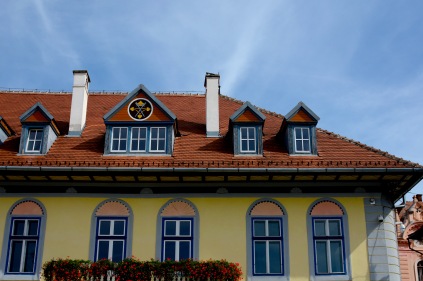 From the 14th Century onward its name of Cibinum (shared with the local river Cibin, a tributary of the Olt) was generally replaced by the Hermannstadt which survives to this day in German. Famous for its guilds, which got the responsibility to administer and protects its defensive towers, it was recognized as one of the seven municipalities that gave Transylvania the German name of Siebenbürgen (seven citadels). In 1544, the first historically attested Romanian language book was printed in Sibiu, incidentally but not surprisingly, a Lutheran catechism. (This little snippet of information has always made me feel better about my somewhat UFOish status as a Romanian Protestant.) To celebrate the city’s Lutheran past, you can indulge in a visit to the its imposing Lutheran cathedral (I’m gonna pull that ‘discombobulate them with Long German Words’ trick here and tell you that its German name is Evangelische Stadtpfarrkirche)- today’s version can be dated back to 1520, but the original Catholic church was built in the 12th Century.

If you happen to have a thing for Catholic churches, you can visit the Jesuit church on the Main Square or the Ursuline Church on Magheru street-in keeping with our claim that Sibiu is an ancient wonder, the Ursuline Church’s predecessor, a Dominican convent, was torched, in 1241, by the Mongols led by Genghis-Khan’s general Subutai.

If you’re lucky and the Main Square (literally Big Square, Piața Mare, in Romanian) is not inhabited by an Oktoberfest sponsored by Timișoreana tent, you can also indulge in spectacular sights of the Baroque Brukenthal Palace (currently a museum), the Council Tower (dating back to the 13th Century) and the ornate city hall. Passing under the Council Tower you will reach the Lesser Square and the iconic Liar’s Bridge, which got its name from a mispronunciation: as it has no pillars sustaining it, it was called the Lying Bridge (Liegenbrücke), which was later corrupted to Lügenbrücke, and a good number of legends were sown around it, mostly to do with romantic deceit. Making your way through the fortifications you will reach what was known as the Lower Town (with the Upper Town centred around the Grand, the Lesser, and the Huet squares- the latter home of the Lutheran Cathedral)- the difference between the two being that while the Upper Town was home to the wealthier burghers, the Lower Town housed craftsmen and manufacturers.

Whether you are in the Upper or Lower town, you will however be struck by one common trait: Sibiu’s roofs have eyes, or, more precisely, small dormers built into the structure of the roof, a very rare trait in Medieval architecture that was nevertheless so prevalent in Sibiu that it became its trademark. They were born, as so many things, out of necessity: the town’s cellars were so humid that locals needed to store goods, often grains and vegetables, in their attics, and the eyes provided a handy solution both for lighting and ventilation.

How much these eyes have seen: Saxons finding a new home in strange lands, conquering Mongols, the Turkish threat beyond the mountains, the arrival of a new faith, the rise and fall of guilds, the country’s first brewery and theater, changing sovereignties, the devastation of great wars, the exodus of the city’s founders, the baby steps of a nation towards proper infrastructure. Beware, one day we will have highways and be unstoppable. Until then, Sibiu’s eyes are watching us like forgiving elders with the wisdom of centuries weighing heavy on their shoulders. 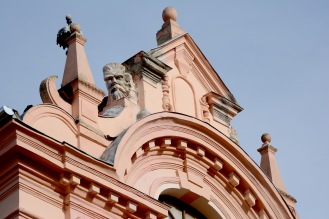 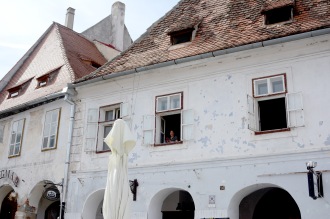 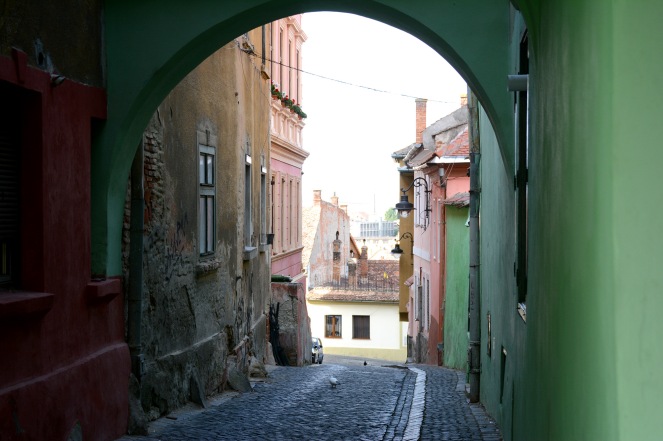 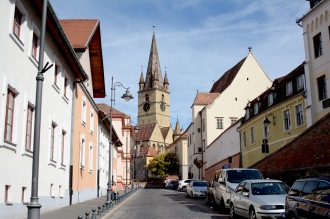 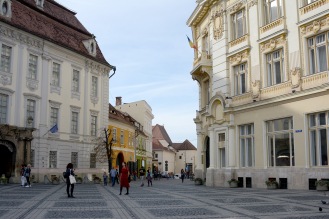 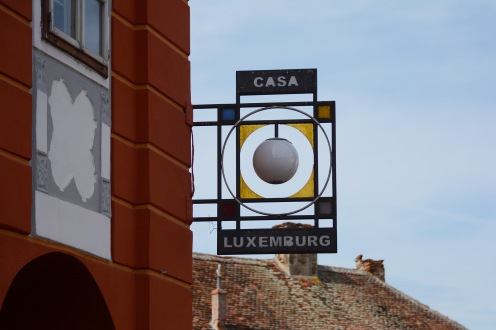