So I decided I’d start this entry with a bombshell and confess that, as opposed to basically all of my friends and acquaintances who give a toss about cinema, I didn’t like the new Tarantino. (I am however not alone, and as such I quite enjoyed this mildly incendiary little piece by Paul MacInnes.) Nor did I truly, passionately dislike it- there was simply a moment somewhere along Brad Pitt’s odyssey of doing not much when I decided that I was not entertained, nor did I care about the trials and tribulations of two rich and popular blokes who are angsty that in the near future they will be marginally less rich and popular. I could also count a grand total of one really good joke, and a pretty feeble coffee reference. So, if it comes to witty cinematic tributes and smart genre-bending, I will go for Corneliu Porumboiu’s La Gomera without batting an eye. For one, it breaks cheekily free of  the strict constraints of Romanian New Wave cinema while also paying the occasional tribute, and at the same time it works perfectly as a film noir tinted with unexpected Balkan flavours. I’m also terribly intrigued by the Taika Waititi Hitler comedy (it sounds very wrong, doesn’t it?), and felt incredibly old reading about E.R. turning 25– here’s to Tuesday nights spent watching an episode with subtitles and original sound on Romanian television, followed by a dubbed Hungarian one and another dubbed one in German. (And though it interests no one, I must and will mention that my E.R. heartthrob was neither George Clooney, nor Noah Wyle, but, of course, Goran Višnjić, please take a nostalgic look at  the splendid man in this Madonna video to celebrate this important fact.) Speaking of series, I was frankly quite surprised to read about the decidedly global appeal of Turkish ones– until I went to a packed Turkish beginner’s class where half the students were there on account of series they watched. To close the film and series sections, here’s a Guardian list of best 21st Century movies so far -very much open for debate-, and thus I must mention that three personal favourites (here, here and here, won’t tell which for the surprise factor) are scandalously not included.

Musical interlude 1: Editors are releasing a best of album fittingly entitled Black Gold, and the single that goes with it is sublime, plus the video includes a lot of action by Tom Smith’s hand, also known as THE Hand.

The photography section is almost entirely dedicated to me raiding, and being in awe of, the ground-breaking work of Eastern bloc female photographers, namely Zofia Rydet , Libuše Jarcovjáková, Dana Kyndrová and Joanna Helander, plus as a bonus Japanese street photographer and the photographic account of the very sad disappearance of an ancient village in Turkey.

On to football, where some awards were given, some people contested the male winner, though in all honestly just LOOK at that picture of Megan Rapinoe (the male winner deserved it plentifully too, just sayin’). and here is a piece about the intriguing world of Italian ultras and another one about someone whose debut might just be remembered as that of the above not mentioned male winner’s debut in the Gamper trophy. (Also: why does 2005 look like two lifetimes ago?!)

Musical interlude 2: I am, to unexpectedly paraphrase Jeremy Clarkson, apocaliptically excited about the second Foals album of this year, and here’s a taster of things to come.

Ah, the books, I’ve been meaning to finally write another diary for ages, and yes I will, soon, but until then, here’s the Booker prize shortlist that I grapple with year after year, and sometimes agree to it, sometimes don’t, plus the same best of the 21st Century from the Guardian, of which I find the number one annoyingly anglocentric, but returning to the shortlist, Elif Shafak is on it (and I’m always happy when non natives make it) and you can revel in her two excellent TED-talks here and here.

In the music section, let’s breach the topic of Billie Eilish (also, did you perchance know she has a tantalizingly gingery brother?!), muse on serious stuff with Robert Del Naja. and let me just whisper in your ear that Kasabian’s Serge Pizzorno has a solo record and it’s a pretty fine effort.

The miscellaneous collection begins with a flat that’s been privy to exciting episodes of last century’s history, some Romanian cat related linguistic quirks (+bonus illustration),  continues with a new resource I found in my quest to keep house plants alive,  absolute heroes of the animal world- and the world in general, namely some parrots and a bear, the compulsory fun piece about cats and ends on a more serious note with an investigation into the (skin) colours of ancient art.

Actually, forget absolutely everything I bored you with until now, there are only two phenomena of real importance that happened in the fair month of September: the Improbable Research Nobel prizes were awarded and I took some real rotten mobile phone snaps. 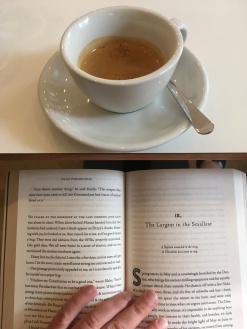 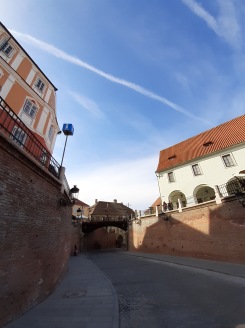 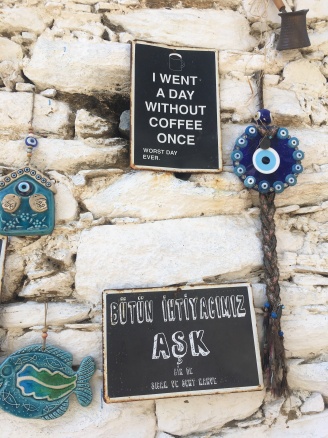 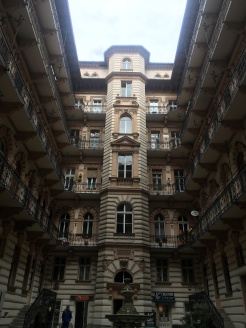 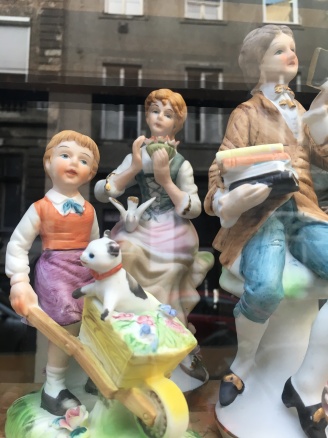 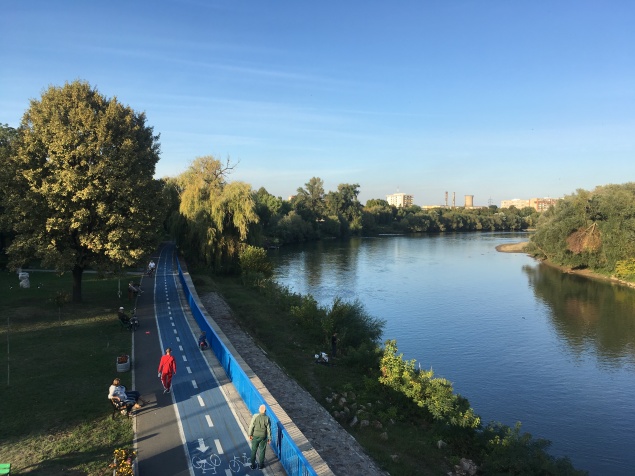 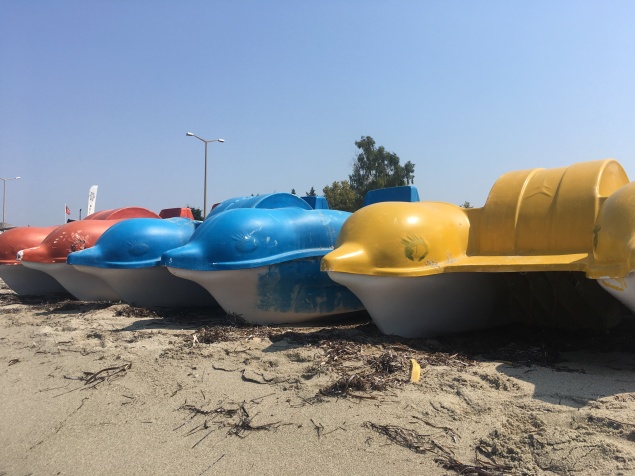 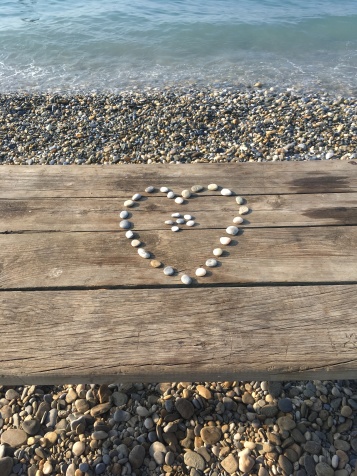 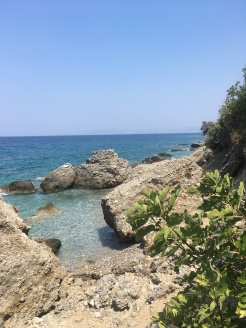 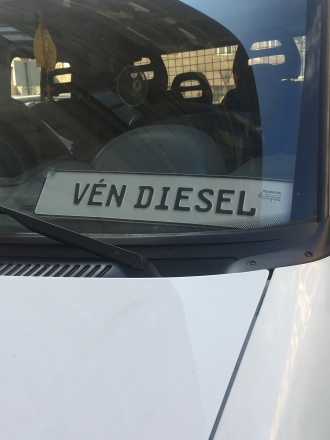 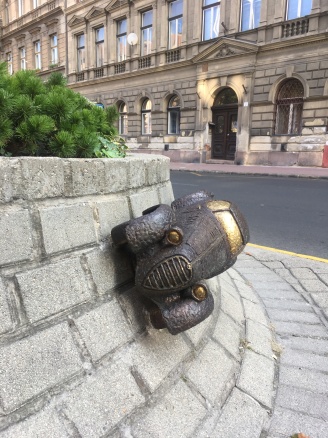 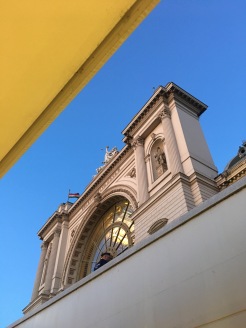 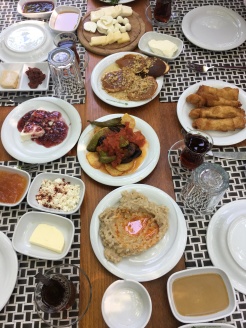 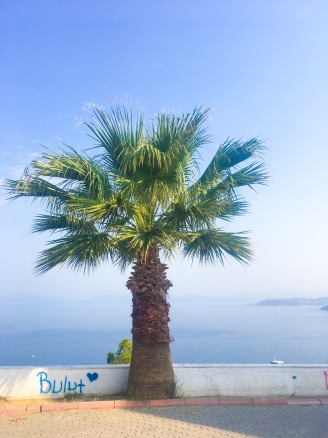