The first reason for our presence in Genova on a pleasant spring day was as straightforward as it was silly: it is close to Turin. Actually, most major towns in Northern Italy are close to at least a couple of other potentially interesting locations, often at distances of around 150 kilometres, which in Trenitalia language translates to about 13 euros on a so called regionale veloce- regional fast train. Options on the more poetically named Frecciarossa (Red Arrow) fast trains exist but are considerably costlier and you’d find it harder to revel in the rolling hills and lush fields of Piedmont and Liguria, in our present case. One lesson learned from peeking out the window of a regionale veloce is that many of these lush fields are rice fields- this reminded me of the holy rage which enveloped an Italian friend when he was served what he considered to be, rightfully, a sub-par risotto. You can be sloppy about many a thing in life, but you must always be dead serious about risotto, and that obviously requires local rice, and local rice there will be.

The second reason was its position by the sea, though this bit we bungled quite spectacularly, inasmuch as the sea in Genova proper is one giant port (largest in Italy in size, and second only to Trieste by amount of traded goods), with cargo and passenger ships obscuring the horizon and dwarfing one of the city’s symbols, the lighthouse. It does however harbour (see what I did here) the Aquarium, second largest in Europe by size and first in number of species, but the queue looked absolutely prohibitive for someone on a day trip, or short of patience, which we both were. Should you however be better at planning your trips than we are, which is frankly not that hard, tickets cost 26 euros for adults and can be purchased ahead online. If fish in tanks are not your thing, fish (and mammals) in the wild might be, in which case you can board one of the several boats which provide whale and dolphin sighting trips

If, however, you want something beachy looking, like we did, you are in the wrong place. This I should have known had I paid more attention to Commissario Montalbano’s long suffering girlfriend Livia in Andrea Camilleri’s novels. She lives in Boccadasse, just a few kilometres of Genova proper, though about an hour’s distance with public transportation- Genova does have a metro line which touches both main train stations, Piazza Principe and Brignole, but isn’t extended enough to cover more exotic destinations in the city. Thus, fitting both a pleasant beach and the old town into one day might be a bit of a stretch, if you don’t have a car that is, because if you did, well, it would still be a bit of a stretch as you’d spend most of your time looking for a parking spot. As the centre, due to the narrowness of many streets, is mostly a pedestrian only area there are gargantuan looking pile ups at its edges, with cars fitted in tiny spots they can probably leave only through a hole in the ground or teleportation.

Urban legend has it that Genova’s old town is the largest in Italy- yes, they do seem to love numbers and statistics, all brochures and online articles have them plentifully, I guess it’s a leftover from the Genovese Republic. A mighty ruler of seas in its heyday, it was modestly known as La Superba or La Dominante, though on paper she was also La Serenissima Repubblica di Genova- but La Serenissima as a noun in itself was already taken by Venice, so competition for who’s first, biggest, best was obviously fierce. One of the city’s most famous sons is of course Christopher Columbus, though there is no certainty that he was born in the city proper and his discoveries were made under the patronage of the Spanish monarch, so no glory for Genova in the whole business, but you can at least visit the rather subdued Columbus house- which is a later reconstruction of the family home, and the adjacent cloister.

A more spectacular sight is the cathedral of San Lorenzo, which you will unavoidably find if rambling in the old town, but if you don’t trust yourself, you can easily follow the signs pointing to the Duomo. Its building began in the 12th Century and its core structure is Gothic, with some distinctive elements added later, in the 14th and 15th Centuries.  It is open to visitation, though most of the nave is inaccessible, but for five euros one can climb to the roof structure and on the way there you can also inspect the terrace from which the doge would attend mass, separate from the crowds just in case someone felt like killing him, which seems to have been a widespread passion of the Genovese at the time. 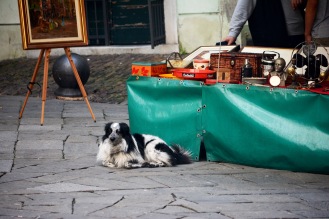 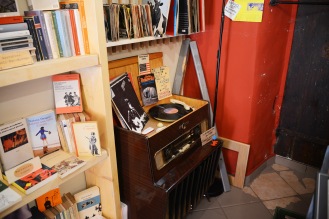 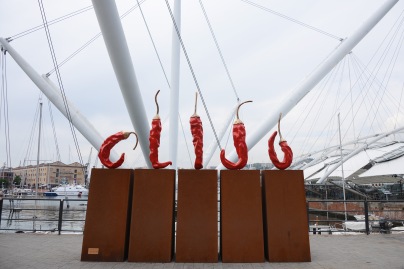 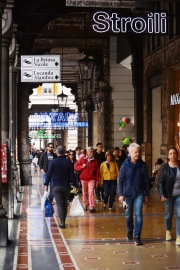 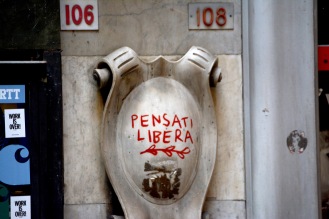 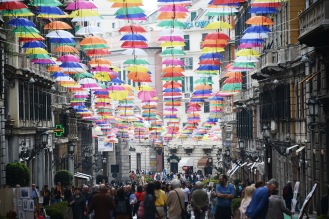 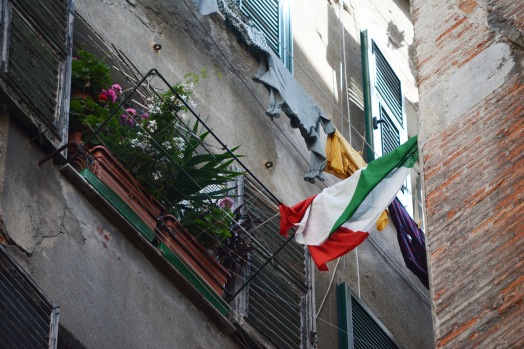 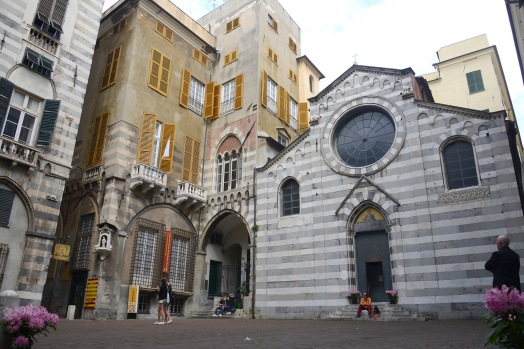 Returning to the above mentioned urban legend, the old town is not the largest Italy but has a very high population density. The buildings are often so tall as to block out the sun almost completely, and the remaining narrow alleys can thus feel a bit dark and damp. These alleys are so typical of the city that they have their own name- caruggi, which matches what is called a vicolo in other Italian cities. Since Genova slopes down (or up, depends how you look at it) on a hillside, they can also be pretty steep- Spanish traveler Vicente Blasco Ibañez noted, at the end of the 19th century, that the city is ‘oblique’ and contrasts little miserly alleys with grand edifices. Which is exactly how I felt about it more than a hundred years later, a testament perhaps to the city not having lost its spirit in modern times.

Since ineptitude ruled supreme during our outing, we also managed to leave the city without having had one full meal, so there will be no major culinary recommendations this time- we did however consume a focaccia for breakfast in a charming café frequented by locals, which came complete with a very involving and passionate toilet unclogging episode. As in many Mediterranean cities, the plumbing in the old town is not the best, but intervention was swift, loud, involved a lot of flailing hands and was ultimately also very efficient.

The focaccia is not necessarily typical to Genova, but its most basic version, topped only with olive oil and salt is often called genovese, while my focaccia, which was not genovese, did contain some pesto, which does indeed hail from Genova and is recognized as such, to the appeasement of the locals’ competitive spirit. While enjoying my very typical breakfast I also noticed just how often one hears French, which is perfectly understandable given the closeness of the border, and I could occasionally distinguish what I assume must have been variants of Ligurian, which, alongside the Piedmontese I heard in Turin, belongs to the so-called Gallo-Italic languages and thus has an at least superficial resemblance to French. (I will spare you the linguistics class I am itching to provide, so I’ll just mention a Celtic substratum and later Germanic influences which shaped these languages.)

Our ramblings in the maze did however offer pleasant surprises such as an actual specialty coffee place, in Italy, complete with exotic brews and hipsters loitering on the terrace, called Tazze Pazze– since ‘normal’ Italian coffee in Genova is alright, but by no means at Turin levels, this proved to be a life saver. Continuing them hipster things, we also located a craft beer bar- Scurreria Beer and Bagel, where there are about a dozen beers on tap, many local, and you can actually eat too, should you wish, but we obviously landed there during afternoon closure time. Much as I am fond of most things Italian, there are two food related phenomena that will remain forever beyond me: afternoon closure and the consumption of three courses (of which one might or might not be soup) and dessert, especially given a population generally tending more towards skinny than fat. Finally, we can recommend a bookstore, comfortably nested in a caruggio a bit to the side of the main tourist trail and going by the name of Bookowski– admittedly an easy pun, but also efficient, as it drew us in to peruse an assorted collection of Italian and foreign language titles, both new and used.

Since this is Italy, and the Genovese seem statistically inclined anyway, I must mention that of the two first division football teams of the city, Genoa, its full name a fascinating Genoa Cricket and Football Club, is the oldest still active club in the country, having been founded in 1893. The other team, perhaps better known in recent years, is Sampdoria, which came into being in its present form only in 1946, from the fusion of Sampierdarenense and Andrea Doria, which must have been great news for everyone who wanted to type the name of the first team real fast, and couldn’t. 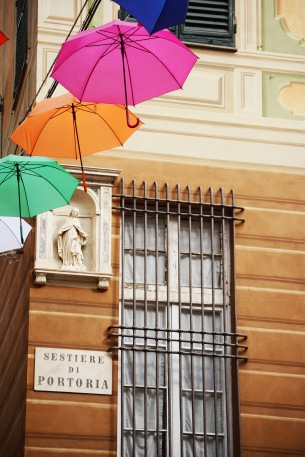 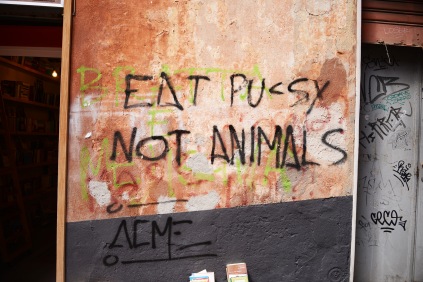 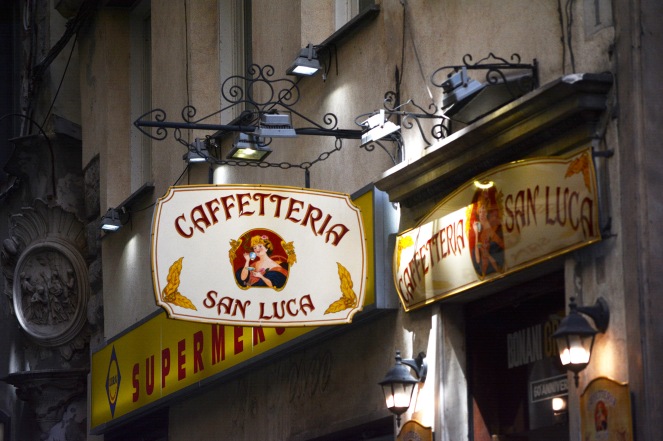 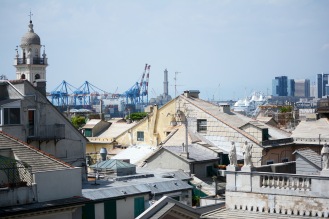 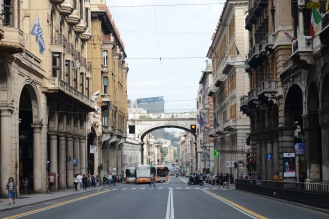 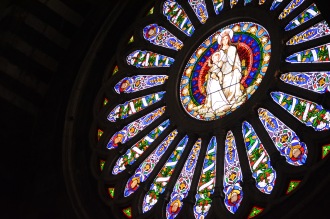 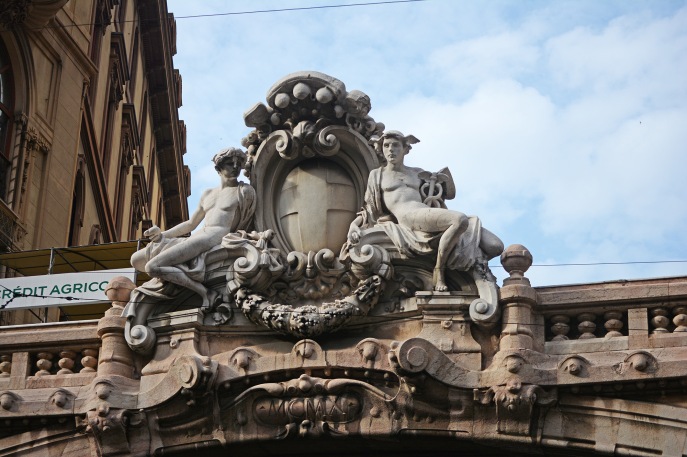 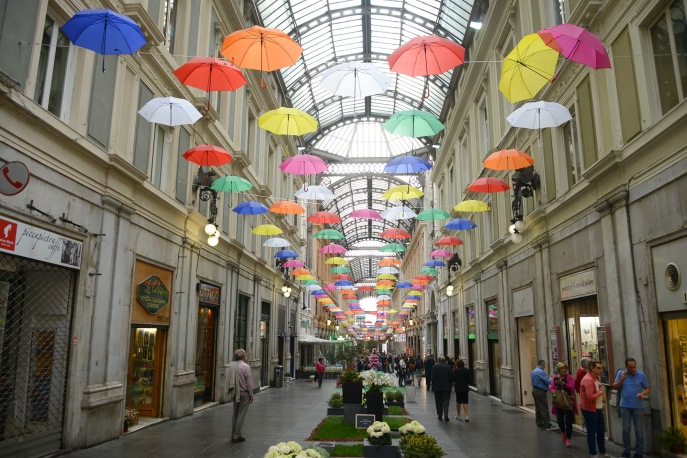 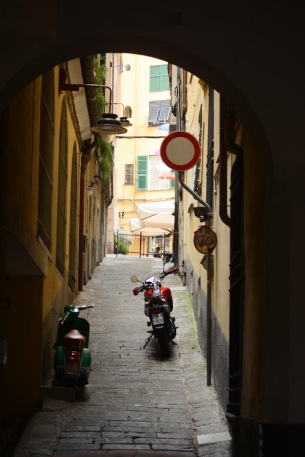 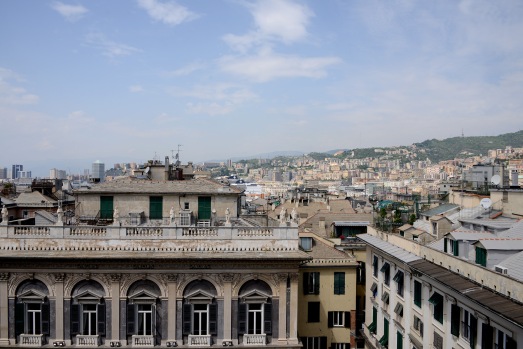 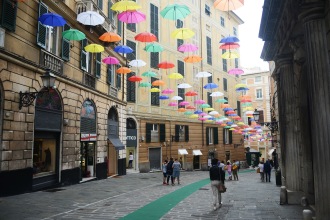 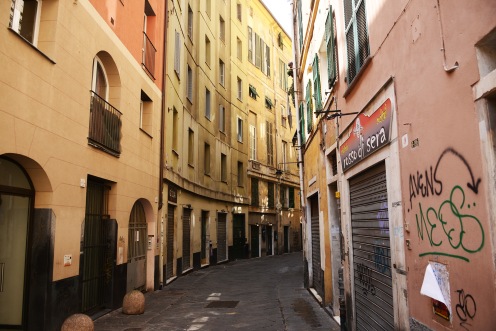 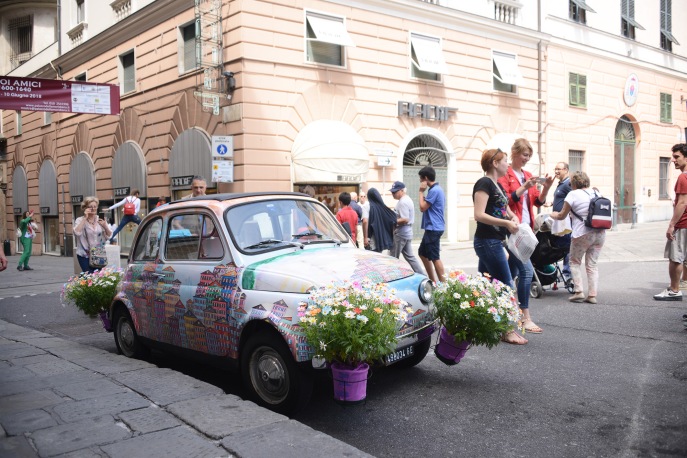