The main disclaimer to our Budapest 100 experience this year is that, no surprise here, we were lazy. Not to go, of course, but to register for the events which had a fixed schedule, and this obviously included some of the fancier houses, such as as the Magda courtyard in Mátyás square and the Gutenberg home in the eponymous square. This last incident caused a bit of a heartache, as it was one of the buildings I really hoped to visit, given that it lies on one of my ’commute’ routes and I often admired its somewhat flaky glory, plus it was advertised as free to visit in the booklet. Not that I hold it against the organizers- the fact that they did manage to convince so many homeowners to bear with us for two days is already bordering on a miracle, given the fractious nature of joint decision making within any Budapest building that houses more than a human and a dog (the cat is already a problem). I’m also sure that many people don’t mind being on time even on weekends, and religiously register for all sorts of events that we will always miss out on, because we feel that the best way to enjoy the Budapest 100 weekend is just to set out with a very hazy outline of the day, and then go with whatever the flow brings (or, sometimes, doesn’t).

This year’s event was centred around squares, and we began our hapless exploration in the one closest to us, namely Hunyadi, which also harbours my beloved Hunyadi market. The first house we visited was the one at number 3, which has a small soda shop on the ground floor in the inner courtyard, a flat functioning as a synagogue and was the home of painter Tibor Duray. We then went on to numbers 7 and 10- the latter has seen better days and is basically made up of two houses, a more imposing one to the front, and a slightly smaller one in the back, connected by an inner courtyard. One of its top floor flats, converted from a laundry room, was home to painter Gyula Derkovits until he was unceremoniously evicted in 1931.

Almost all the houses we visited have a double staircase structure- a wider, more lavishly decorated space reserved for the rich owners and tenants, and a narrow service staircase which was used mostly by servants. Alternatively, one can make up complicated stories of infidelity, elopement and smuggling of diamonds and the recently deceased, or the more mundane pain of avoiding that one neighbour who always nags you for half an hour over the developments of his rheumatoid disorders and the cataract treatment of his dog. Another common feature, since we visited mostly towards the middle of the day, was the sound of crockery touching plates and the smell of stew- these are of course not limited to historical buildings, but form more of a Central European continuum- you feel you have left the zone when the smell of the stew changes just so, and foreign spices come into the picture.

In Lövölde square we visited number 7, which came complete with a splendid spiral staircase and a very grumpy cat whose Sunday of calmly hunting flies and chasing its tail we totally ruined, and the building at Felsőerdősor street 1, which also faces the square. The house was built in the garden of the Wurm villa, partially on the area that had previously been the wooden Thalia theatre, which provided light summer entertainment in German in the 19th Century. There is still a rather lush inner garden, complete with a couple of statues- such gardens are not all that rare in Terézváros and Erzsébetváros, and manage to preserve little bits of nature which is otherwise pushed out of the grid-work of tightly packed streets. 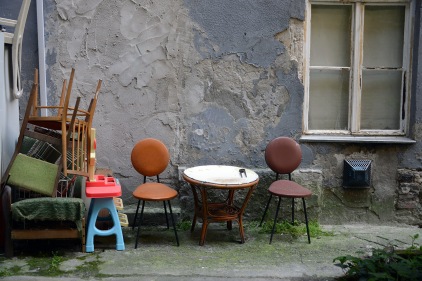 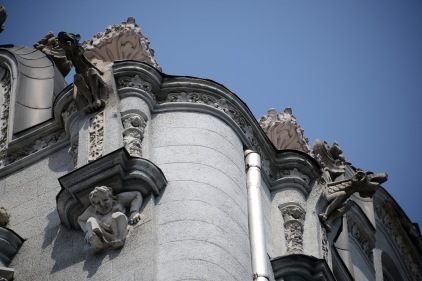 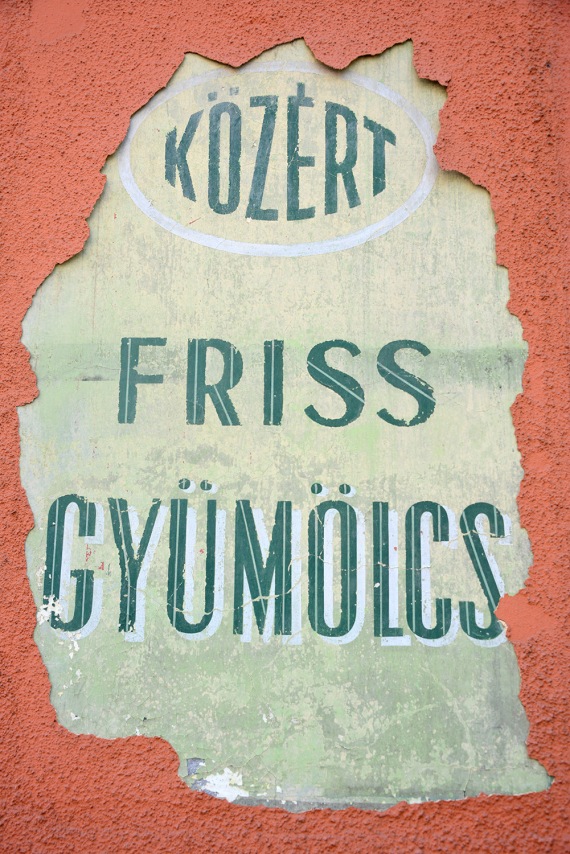 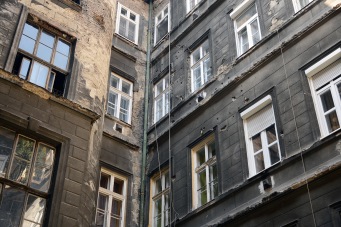 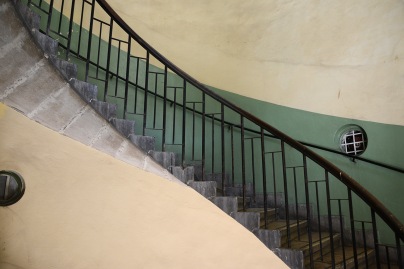 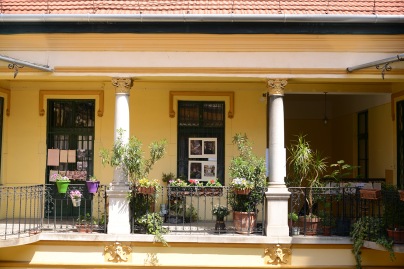 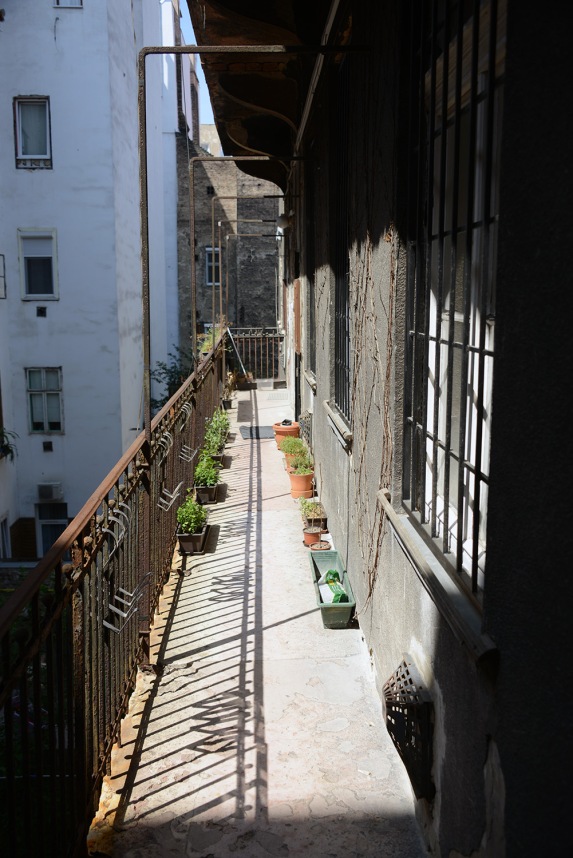 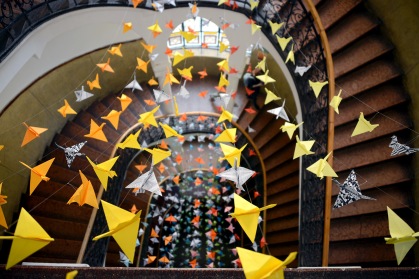 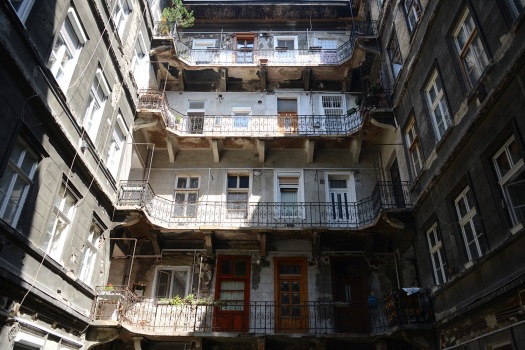 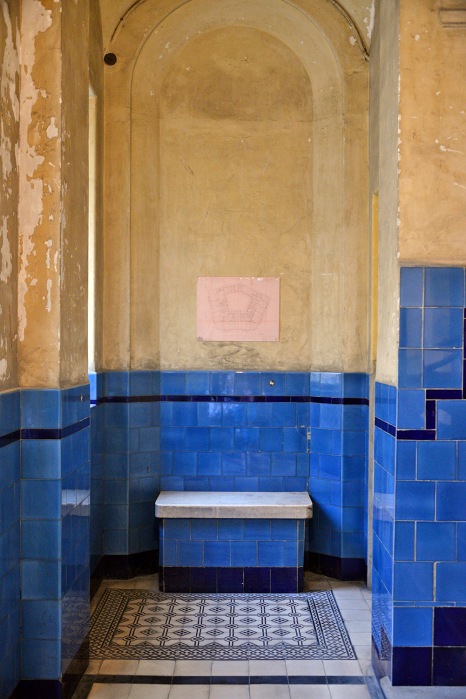 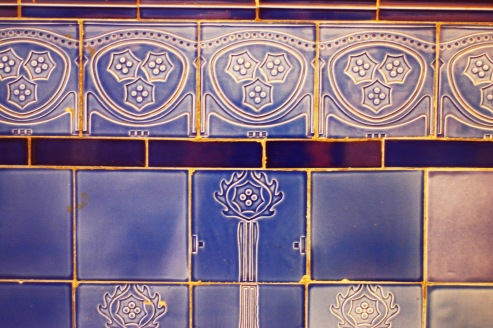 We then hopped over to the other side of the körüt, to Rákóczi square, where we visited the András Jelky School of Applied Arts. Its building was designed by architect Gyula Pártos, who had shared an office for some time with the luminary of Hungarian secession, Ödön Lechner, and the common motifs are clearly visible. It’s also very fitting that such a splendid building would house art related schooling, as the exhibited works of the alumni- mostly alumnae, in the early 20th Century the school was set up to promote ‘female crafts’- blend in very well with their surroundings. Across the square, at number 11 we found beautiful blue tiles, of which we would see even more later on the other side of the Danube.

As tiles have this wonderful quality of withstanding time better, many of the houses showed their age even more when comparing the peeling walls and clunky elevators to the still shiny surface of the china- overall, this year’s houses seemed worse for wear when compared to last year’s offering. Which might be sadder for the eye, but very useful in highlighting the fact that with specially designed programmes and thoughtful investment, communities could be helped to renew and then more efficiently preserve historical buildings which would slowly fall into disrepair without the necessary expertise, in spite of the homeowner’s efforts.

After the painful incident of Gutenberg square, we crossed the river and had lunch- having lunch, a coffee, or any sort of meal on this year’s route was actually tantalizingly easy, with great options such as Csiga on Rákóczi square, Lumen on Horánszky street and Kislumen on Mikszáth square, the Gutenberg coffee stand you guessed where, and Kelet, Hadik and Szatyor on Gárdonyi square. Before indulging in our food, we quickly visited Kelet’s building too, as it turns out, László Almássy of The English Patient fame live here, and his flat is now converted into a masjid.

Crossing the road, at Bartók Béla boulevard 36-38 you find the building which hosts the Hadik coffee house, recently re-opened, in its heyday the hangout of assorted types of bohemians, of whom writer Frigyes Karinthy was perhaps the best known and whose charms ensured that female visitation was also plentiful, while higher up one can find the studio of painter Tivadar Csontváry Kosztka. The house is however not only about history- its tiled staircase and circular inner courtyard ensure that its splendour is still clearly visible even after the wear and tear of more than one century. Our last stop was Bartók Béla boulevard 32, which might look pretty unassuming from the outside, but harbours the surprise of an inner garden when you least expected it- it comes after a flight of stairs, so is that elevated compared to the level of the boulevard outside. 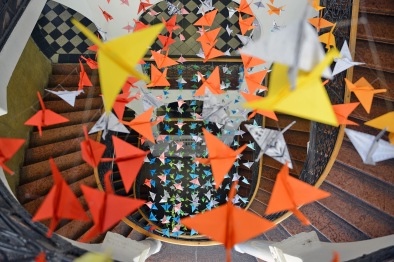 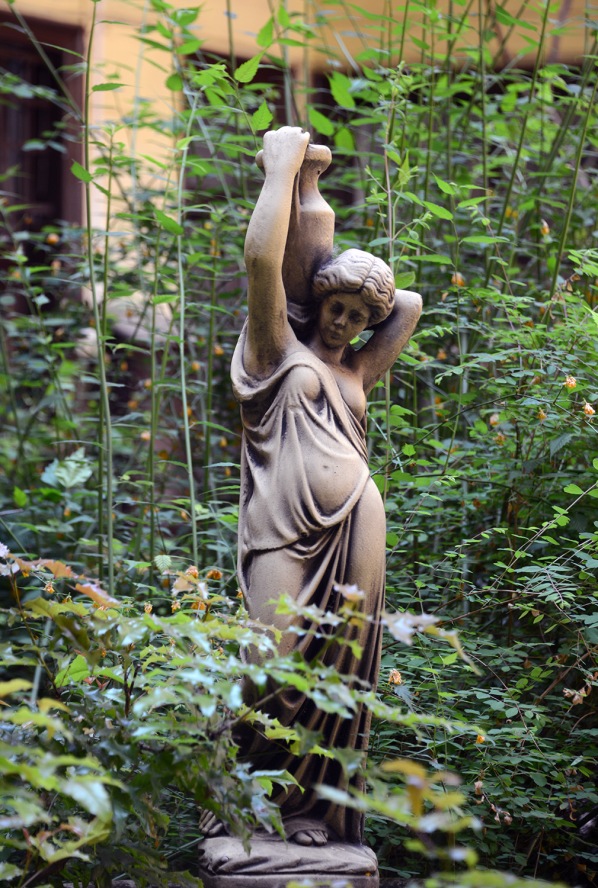 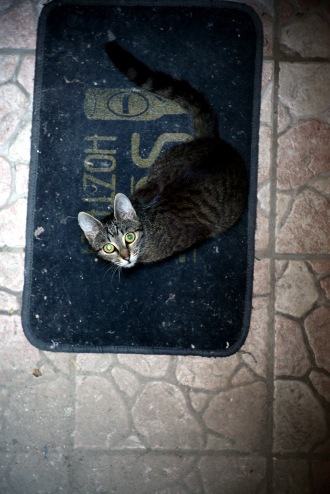 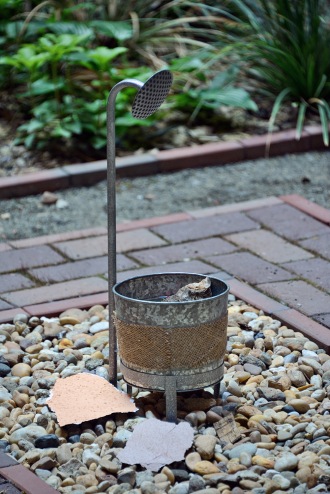 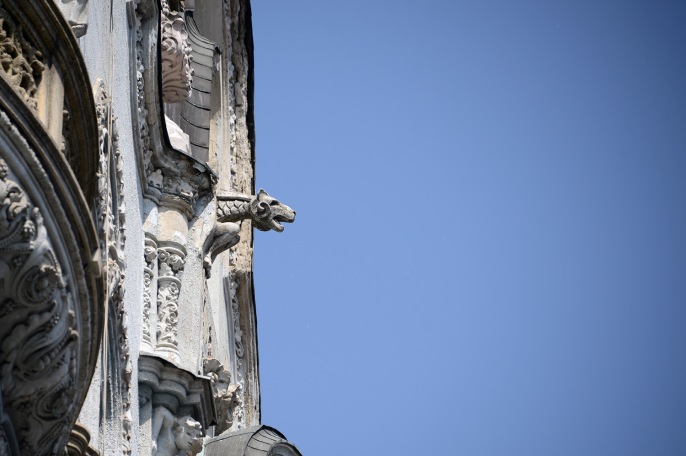 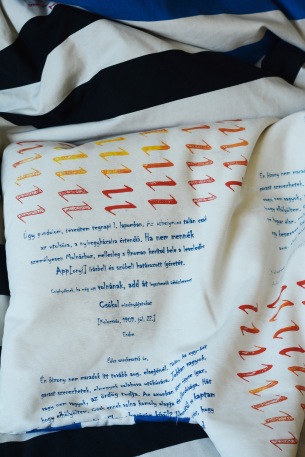 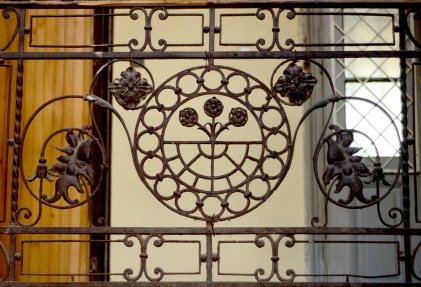 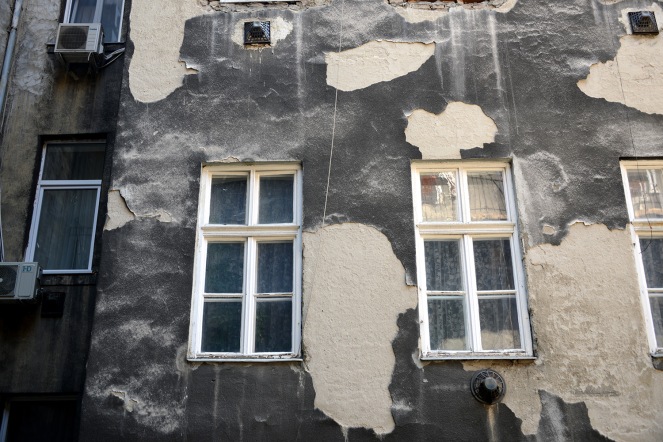 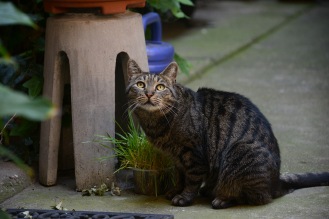 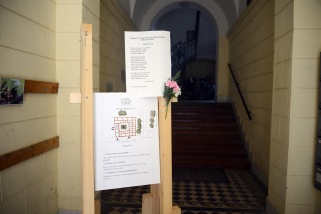 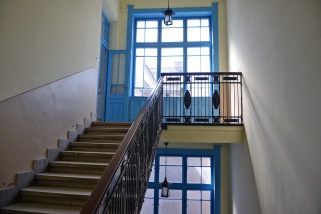 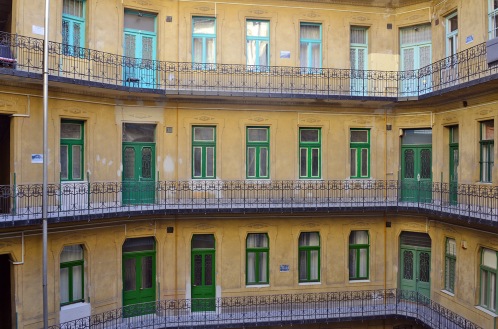 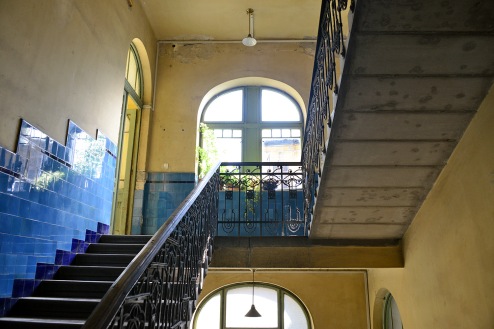 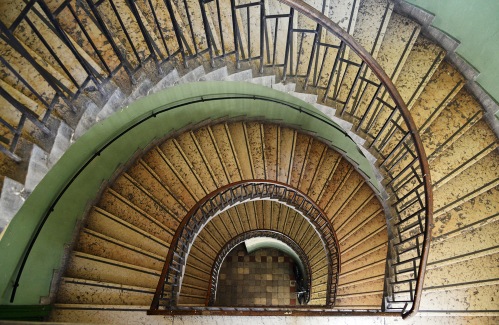 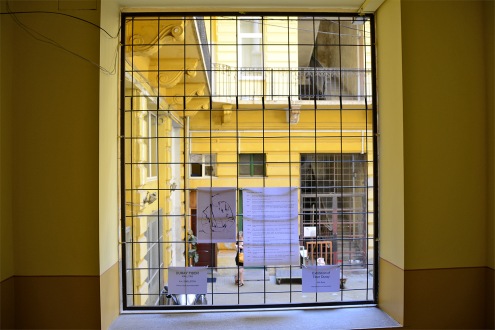 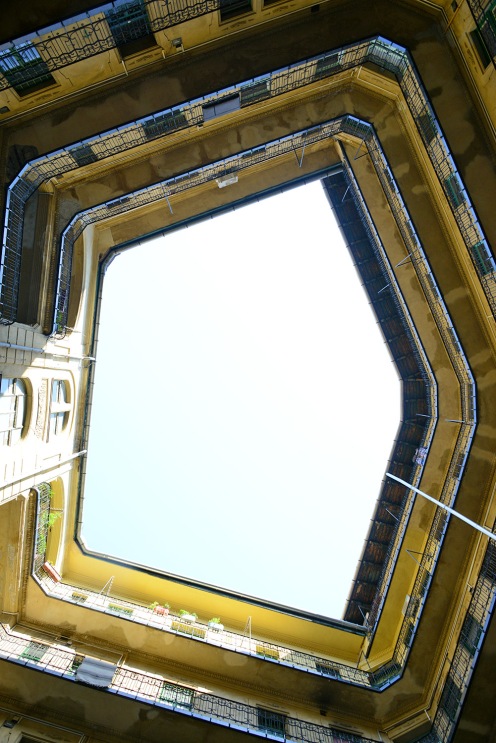 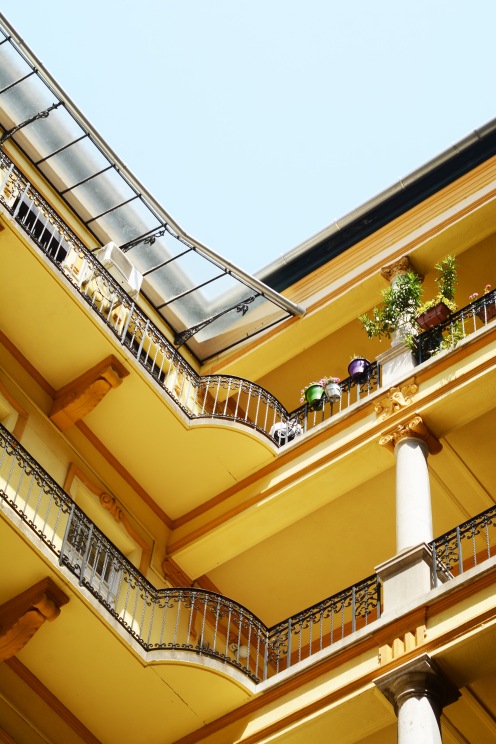 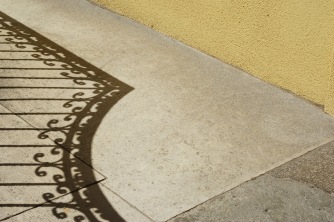