People usually question my sanity (perhaps I should have put a full stop here, but never mind) when I tell them that Turin is my favourite Italian city. But surely you could have gone for a sexier choice, something like Rome with every bit of it designed by none else than Michelangelo (and buses on fire), Venice with carnivalesque decadence and canals (which smell positively putrid come August), the whole Instagram meets National Geographic (and scarily, Eat Pray Love) perfection of Tuscany with Florence its crowning jewel (I am moderately scared of Renaissance paintings) or Naples with its shabby beauty and perfect pizzas (I will refrain from saying anything else about Naples lest people assume it’s something related to a certain freshly hurting football rivalry).

Questionable jokes put aside, I could spend way too much of my and your time waxing lyrical about my love(s) for Italy, but the whole point to Turin is that it stands out a little, nestled at the foot of the Alps, so close to France, a choppy Romance language punctuating the Italian on its streets- whether Piedmontese is a language or a dialect has been the subject of hot debate, but there is a consensus these days that it belongs to the Gallo-Italic branch of Italic languages, thus being distinct from Italian.

I have also concocted a fairly far-fetched theory about how Turin instantly felt familiar the very first time I visited it because it shares certain common traits with my hometown: it’s located by a river, public transportation relies heavily on trams, they both have ties to the vehicle building industry and each has a football team bearing the moniker of The Old Lady. The fact that Astra Vagoane Arad is no Fiat and UTA is no Juventus is simply a matter of proportions and should not rain on my parade.

I am however a little bit torn when it comes to advertising it: my instinct would be to tell everyone that they should hop on the first plane and head for Turin, but then I remember that one of the best things about it is that people still think it’s unsexy and head to Venice to sink it into the lagoon instead. Should you nevertheless be persuaded to take a dive into the unknown, here are some moderately useful tips. 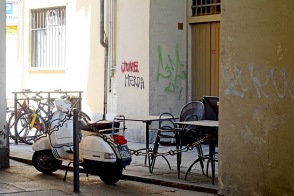 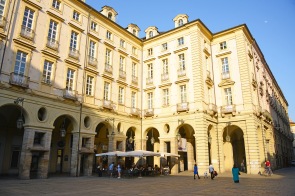 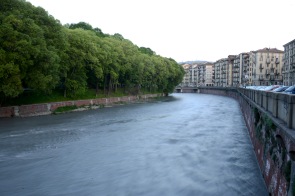 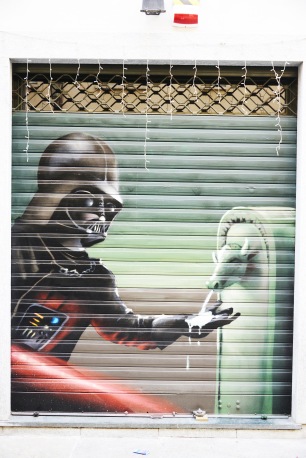 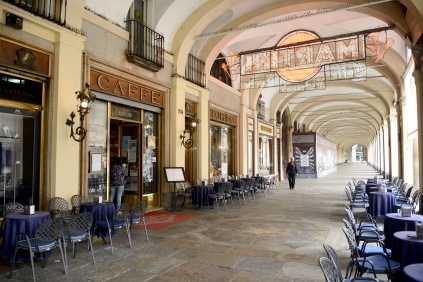 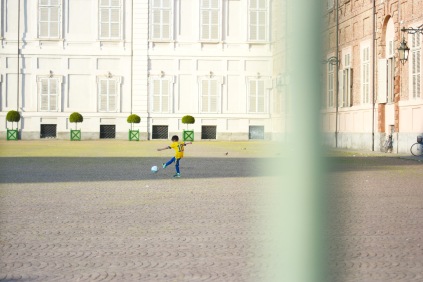 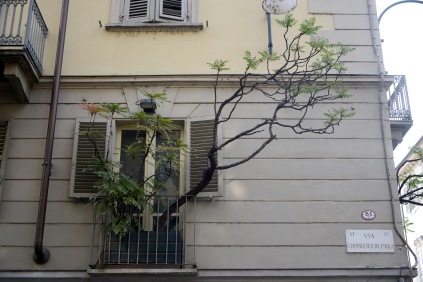 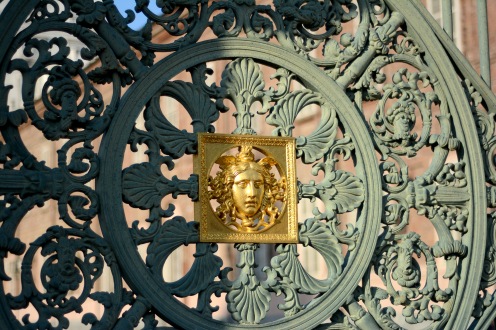 How to get there and around. Turin does have an airport, often referred to as Torino Caselle, yet it is not particularly popular when compared to the traffic reaching its two Milan counterparts, as per information from locals complaining in bars, this is due at least partially to the fact that it has higher airport taxes, and thus many companies will think twice before operating connections to it. There are however flights to most major cities in the south of Italy and the principal European destinations, though sadly this does not include Budapest, so in our case the best option is one of the two flights operated daily by Wizz Air to Milan Malpensa. Should you come from other lands shut out from Paradise, despair not: a shuttle bus is available from Malpensa airport to Turin, leaving on the hour from 8 AM to midnight, it costs 22 euros and it is recommended you book it ahead.

Besides the already mentioned Renaissance paintings, I am also mildly scared of buses, so I generally opt for the more convoluted solution of taking a train to Milano Centrale and then another one to Torino Porta Nuova. The combined fun costs only marginally more than the bus ride- 13 euros to get from Malpensa to Milan, and another 13 from Milan to Turin and please indulge me the absolutely rotten joke that 13 euros are a bargain for getting away from the posh boredom of Milan. To be honest, there are posher ways of getting away from the posh boredom, namely taking a Frecciarossa train instead of a Regionale Veloce, but tickets for the faster option usually begin around 30 euros and deprive you of the comfortable investigation of the Northern Italian landscape combined with the ominous but somehow charming clunking of older carriages. Alright, perhaps I am suffering from some kind of transportation Stockholm syndrome caused by spending an inordinate amount of time riding CFR and MÁV trains, so by all means, knock yourself out with the fast one.

One thing to pay attention to when riding trains in Italy is that tickets need to be validated prior to boarding, otherwise you risk incurring the ire of the controller and/or a fine, depending on how willing they are to accept that you are a clueless (i.e. dumb) tourist. Validating terminals are available near every platform but are not always all that easy to spot- case in point, at Milan Malpensa’s Terminal 2 they are upstairs, and not directly on the platform, so do look for them before you descend, lest you run around like a headless chicken with a train arriving in about two minutes. (I did that.) Buying tickets is however pretty straightforward, and in most cases, you’ll be perfectly well off with the vending machines. At Milano Centrale do however pay attention to finding a Trenitalia and not a Trenord vending machine- the latter dispenses tickets only for regional connections within Lombardy and to the Swiss canton of Ticino.

Finally, in case you are in a particular rush, prepare yourself for the little video about pickpockets which is inserted right before the purchasing options, and cannot be skipped. While you might at this point feel that dismantling the machine with a chainsaw is the only valid option, pickpockets are notoriously a problem in Milano Centrale, so do keep a close eye on your belongings. Having breached this subject, Turin itself is overall safer than Milan from this point of view, as it’s not a jam-packed tourist hub, so paying the normal amount of attention of not running around with your wallet and phone greeting everyone from your back pocket should do the trick.

Having fortuitously arrived at Porta Nuova many central locations are easily reachable on foot, but in case you’re encumbered by luggage, which I invariably am, bus number 6 goes towards the centre and you may also board the metro line, confusingly called Linea 1 in an act of wishful thinking. A single ticket for urban lines costs 1.5 euros, should you stay longer and travel more extensively, you’re probably better off with the 48 or 72 hours version, at 7.5 and 10 euros respectively. 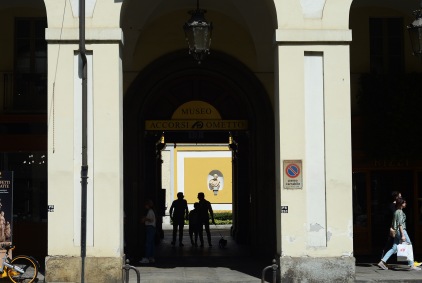 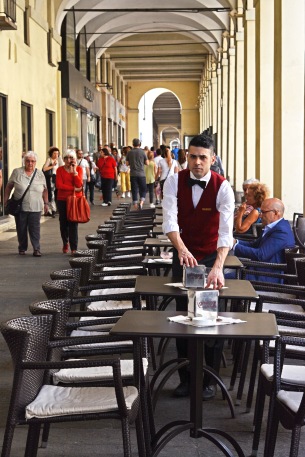 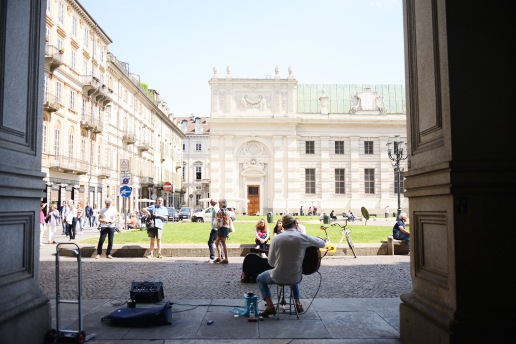 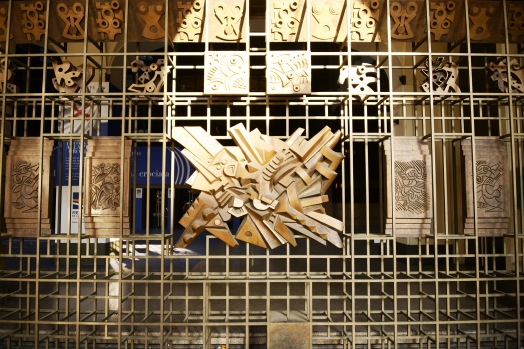 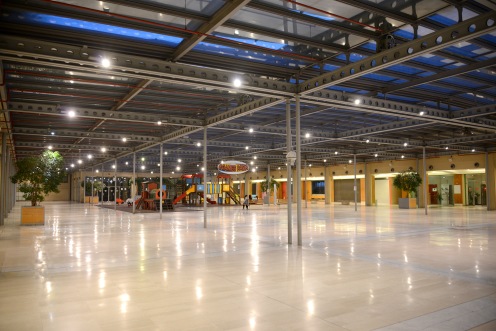 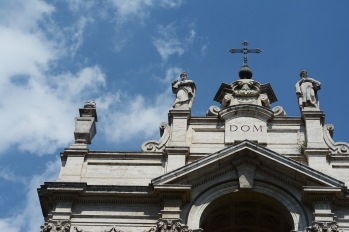 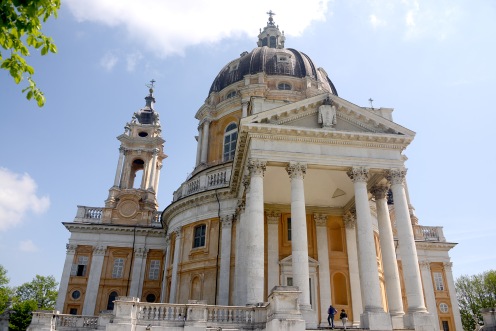 Where to stay. I’ll fail you here again, because I never stay in perfect little boutique hotels, primarily because I spend very little time in the hotel at all when I travel. Suffice to say that Turin is not mindbogglingly expensive, by Italian standards, nor is it particularly cheap- for a mid-range two-person room be prepared to pay from 50 to 100 euros per night. You can find good options even below 50 if you go for something outside the centre, or, in case you have a car, you might even consider one of Turin’s satellite towns. If you don’t have your own transportation, being farther off can involve pretty lengthy travel: Turin buses and trams have quite a lot of stops not very far from one another, and generally sashay along at a comfortable pace.

This time around we stayed in the historic neighbourhood of San Salvario, right next to Porta Nuova, which has become, of late, a bit of a Turinese Kreuzberg, and as such it has many restaurants and bars, an active nightlife and an ethnically diverse population, which might at first sight be a slight concern for some. Since one of the biggest communities is the Romanian one (which in turn implies that there are plenty of direct flights from Romania to Turin), I did however feel pretty assured, as the touristy sub variety of the scary Romanian immigrant class. Once past a possible first shock, the neighbourhood starts to reveal its evident charms- there is something energizing to such mixed communities being born essentially out of combo of elderly locals, foreigners and hipsters, a blend which is visible in Budapest as well in areas of the 7th and 8th districts.

In the next instalment we’ll cover the what to see, eat and drink bit, until then, you might be interested in some fabulous wintry pictures of Turin too.