I have already entertained people with the ‘arrival in Hauptbahnhof’ drama this summer, but there is no escape from it yet, for this was the first time it was actually inflicted on me. Objectively though there’s nothing wrong with disembarking in Vienna’s shiny new central station: metro line 1 takes you to the very centre in two stops and basically no time at all and getting from the platforms to the metro is also as easy as it gets since it’s a straight line. Mind you, I have gotten lost on straight lines before, but mercifully Vienna has a sobering effect on me- at least until I hit the first Glühwein stand.

Since the main target of our outing were the Christmas markets, the only relevant further programme was walking aimlessly around the bit of Vienna I like most, the neighbourhood of Neubau- hence my pain at being exiled from Westbahnhof, as trains arriving there would deposit you right on Neubau’s doorstep. But enough moaning, in the end all the pieces of the puzzle will fall into place. We were in the area as initially we’d set out to have lunch in The Brickmaker’s Pub and Kitchen but sadly they only open at 4 PM, which is both understandable and revolting. 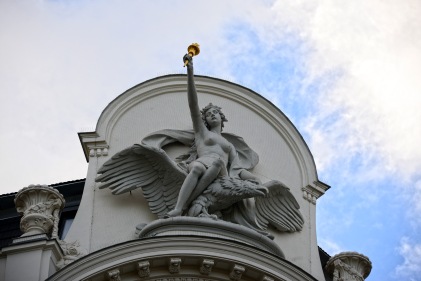 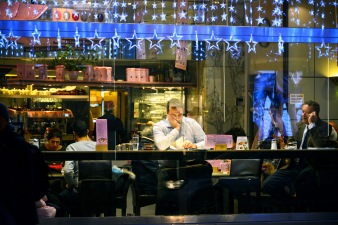 Being at a loss and very hungry, the blog’s industrious co-photographer remembered seeing a restaurant which caught his fancy as a place which might cater great food to locals in the know- and lo behold, Wagner’s on Neustiftgasse 40 does exactly that. As we dined peacefully among a crowd having unhurried Friday business lunches we also investigated the place’s history a bit: the restaurant’s name is given by the building’s architect, Otto Wagner, one of the leading figures of the Vienna Secession, who also designed, among other things, the super eye candy of the Karlsplatz metro station and the synagogue on Rumbach Sebestyén street, in Budapest. Otto seems to have been particularly pleased with his accomplishments in Neustiftgasse, as he also lived in the building for several years, and frankly I would not say no either if offered such an opportunity- especially as I’d immediately have lunch sorted too.

We did finally succumb to some high street shopping too- or at least attempted to do so, for it seems that the people behind Monki are also in denial about the existence of skinny people who also happen to be short. However, I could thus conclude that each time I visit Mariahilferstraße they have at least one new store, just as each time I check the metro map of Vienna they seem to have built another couple of stations along a line. (This thought is lovingly and obviously dedicated to the ideators of Budapest’s fourth line, which took forever to be born, and might take forever and a day to be extended so that it actually makes sense.) 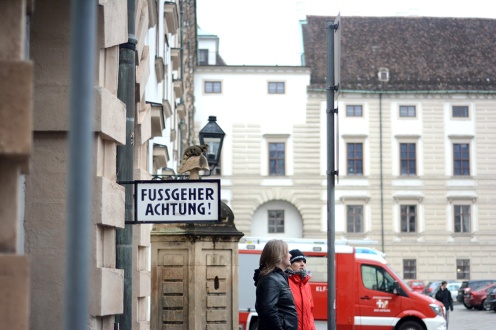 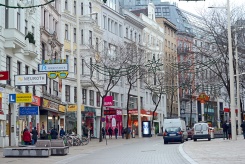