I left for my unusually long (end of) summer holiday adamant that this would be, finally, ‘offline’ time. No more checking the latest insta snaps of friends with evidently better lives than mine, no more refreshing emails just in case, no more ending up on Bored Panda browsing cats with their heads stuck in tubes, no more changing my Premier League fantasy team for the fifteenth time within an hour because I’m not sure about that left back.  Step one, not taking my laptop along, went like a dream- closed the cupboard door on the beast, and there it lay dormant for two weeks. Step two. Well step two was the problem. Step two would be me, my discipline in staying away from my phone. It would have been made easier by a lack of mobile Internet, but my provider, God bless its corporate soul, decided to include Turkey as an ‘almost EU’ country in my roaming package.  So there it was, centimetres away, caressed by the balmy breeze of the Aegean, my precious, my own, always electricity hungry yet so available.

Engrossed in my book, I would feel my hand, almost independently of my will, float gently towards it. What has become of my latest cat post? What has become of it?! “The internet will tell you who you are and what your destiny is through arithmetic likes, shares and comments”, “notifications light up the reward centres of the brain.” They liked it. My cat sniffing Turkish tea was liked. My reward centres were buzzing. They’re not so happy about the seascape though. A wave of concern. “The Twittering Machine gives us both positive and negative reinforcements, and the unpredictable variation of its feedback is what makes it so compulsive.”  So I had to try again. Maybe not as often as I would have otherwise, but ultimately my great offline experiment was a failure, and I could not shake off my addiction, the mechanisms of which, some quoted above, are brilliantly explained in this Guardian longread.

I did manage to spend quite a few days not listening to music with my headphones on, but then Lana del Rey released her new album and I felt that such magnificently melancholic beach music must absolutely be listened to on the beach. I was a little torn though, because when I travel I feel compelled to listen more to my surroundings, to taste the full difference of the new place by immersing myself in its sounds as well- this piece very aptly describes experiences very similar to mine when it comes to listening to music, or to silence. One thing I was most certainly offline for were phone calls, though people rarely call me, actually, as those who know me enough have realized I loathe the phone (and I am not alone). Those who don’t know me and would like to get acquainted telephonically, tough luck- I never pick up unknown numbers.

In the music section, Sergio Pizzorno of Kasabian talks about his favourite songs (you’ll be bombarded with some more swooning about his solo project in the next installment of the log)(given that we both seem to love (parentheses)), Yeasayer’s Chris Keating talks about his firsts (article found upon having an epiphany concerning his band on Sziget)  and you must totally get to know more about Charli XCX. There’s also the tale of me being unforgivably late at discovering David Berman (late to a party, that’s me, as usual, please try again)- I’d just added a Purple Mountains track to my best of 2019 list when I found out, somewhat collaterally during the roller coaster ride that is Sziget, that he had taken his own life, later The National dedicated a track to him. Finally there’s this bit about U2’s I Still Haven’t Found What I’m Looking For, particularly its religious aspects. The last time I had any kind of belief in what Nick Cave calls an interventionist God was around the time I was preparing for the Calvinist confirmation ceremony, aged 13, though learning the Heidelberg catechism by heart successfully cured any form of mystic belief. It was also the time my love of U2 was at its most profound and naïve and I occasionally find myself longing for that state of ‘searching for meaning and transcendence’. (In other words, I still haven’t found what I’m looking for.)

Onwards to a, for once, very thin football and other sports section, with, no regrets about this, another piece about the fabulous Megan Rapinoe, and in a similar vein, an article about women’s empowerment through running in Ethiopia, because I firmly believe that the only just universe is the one in which women’s bodies, and their freedom of moving, and just plainly existing as such,  are not policed anymore.

That’s incidentally the same universe where women who made pivotal contributions to any field, such as filmmaker Alice Guy Blache, are not being ignored either. Speaking of women in film, I insist on underlining how much I admire Ivana Mladenović, one of the bravest directors of contemporary Romanian cinema. I’m also totally jealous of her Romanian being much better than my Serbian, and of her coming up with the absolutely brilliant film title Ivana the Terrible.  I was also happy to discover, in a hiatus between two meetings about essentially nothing, that Pedro Almodovár spent several years still working for Telefonica, has problems reconciling himself to the fact that death is real and acknowledges that all his films have flaws, but some have fewer imperfections than others. (So basically he’s me, plus talent, fame and good command of Spanish.) Finally, I will just leave this here.

The bits and bobs section, vast as always, opens with the Yugo bits and bobs, one about Yugonostalgic tourism, an another about many Yugoslav designed lamps I should not buy.  The I’m not crying, you’re crying slot is filled by an article about a man saving cats in Aleppo, which very much broke my heart into tiny little pieces over the tragedy that is the destruction of such a culturally poignant city but also the miracle of someone selflessly fighting for the survival of innocent beings most of us would categorize as collateral damage. You might have already guessed I am partial to cats, so, as atonement, here is a piece about Constantin Brâncuși’s dog , and in quick fire, an apartment I’d love to live in, very French problems, and some thoroughly enjoyable one liners from Edinburgh.

I’ll pompously name the final stretch science, as it contains intriguing intel about tardigrades and about very ancient artifacts discovered close to one of my favourite places in the world, The Iron Gates, such a poignant and beautiful border that both separates and unites my country and a country I have always cared for irrationally much. Italso provides solid scientific evidence that we humans are, first above all, migrants.

Please also welcome the compulsory bad phone photography, and, if you wish, join me in congratulating myself that I have kept this log, its inherent delays notwithstanding, running for one whole year. 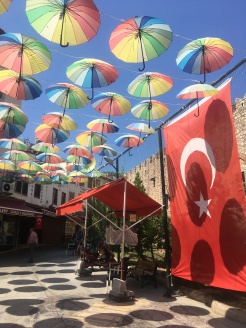 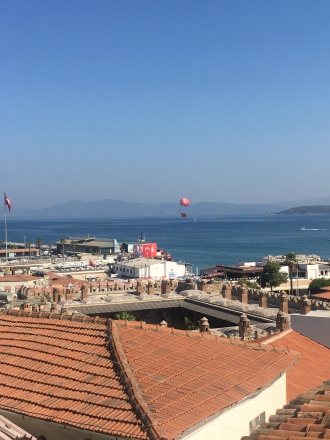 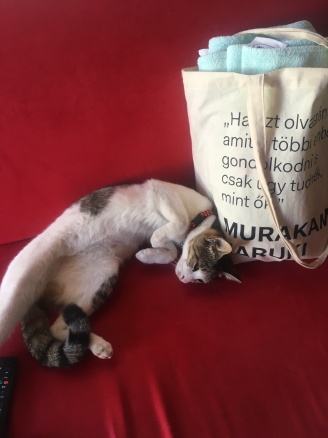 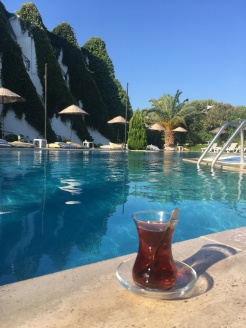 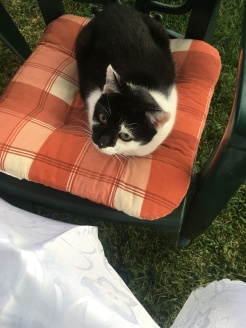 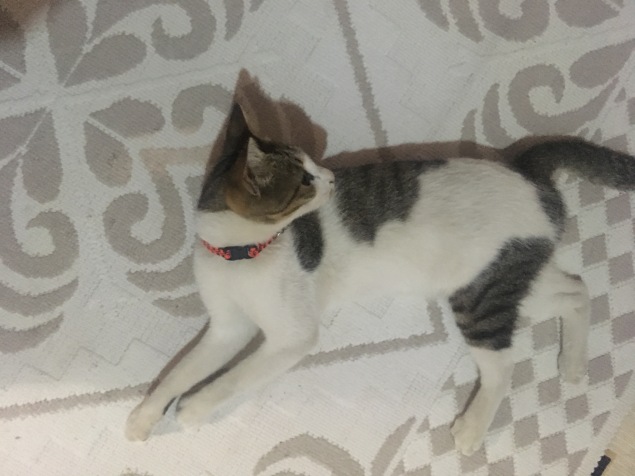 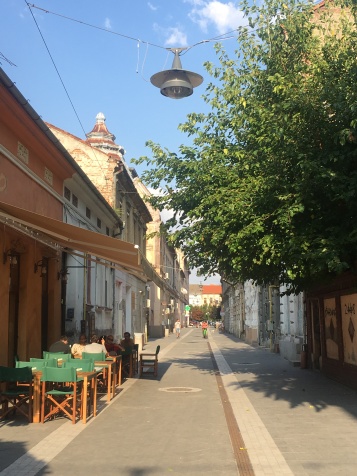 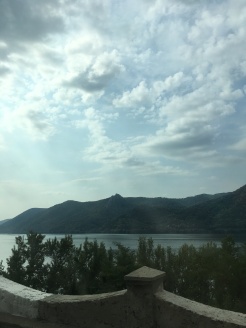 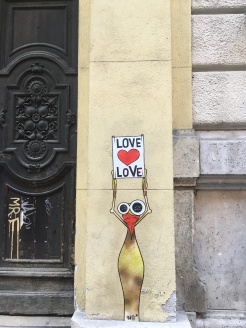 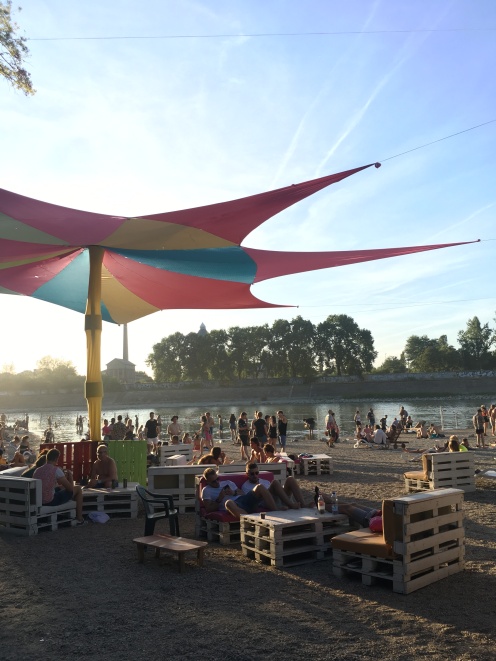 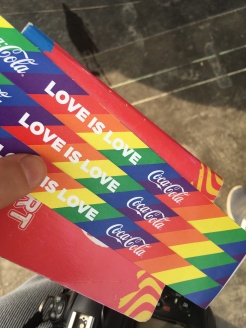 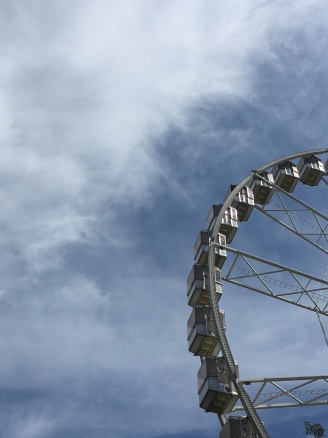 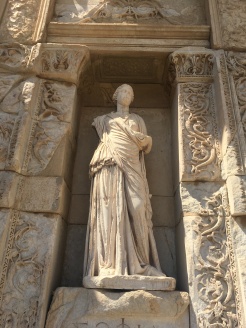 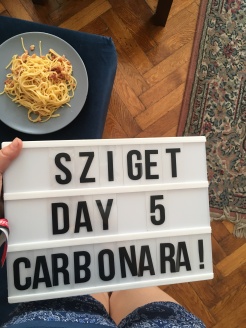 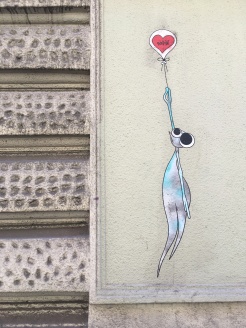