The crowd was a bit tetchy, perhaps bored, people doing the compulsory drinks and toilet rounds, the festival circuit of water in nature, from beer to stomach to mobile toilet. There was texting, snapchatting and whatsapping, modern(er) technologies replacing the desperate battle cry of ‘I am in front of the main stage where are you’ screamed into a Nokia 3310 that remained mute as a fish as your friend had no chance in the world to either hear you or respond through the apocalyptic noise surrounding you both. And there may have been some of the insolence of the absolute festival insult, playing cards with your back to the band playing, because you’re there for the damn headliner, and the damn headliner only. But I will make it, I said, sipping my ice cold Pilsner, I’ll just stick around, as long as it takes, which is the whole concert, because at the end of it, he will play THE song. That song, and that song alone, whether he stole some of it from the Stones, or not (the courts finally say he didn’t, I never cared anyway), so that song sets the universe in motion.

Or at least the universe as I know it, the universe as it once was, for a fleeting second of youth, of perfect, untarnished, naïve and sublime hope, a man walking down a street in a leather jacket belting it out, it’s a bittersweet symphony this life /Trying to make ends meet, you’re a slave to the money then you die. Where’s the hope, you will say, well the hope is exactly being able to sing along with conviction and not believe it, sing along because it’s so cool to walk down that street with such an angry and posed gait and still assume that you’ll be the one to disprove the rule, and make the sweet overcome the bitter.

It doesn’t, of course, you’re now older, Richard Ashcroft is older, yet fractious as ever. People still mostly sing along to his Verve songs rather than the solo work, he seems to resent us a little for that.  But what songs they are, I may secretly love Lucky Man even more than THE song, I’m a woman with her hands frozen around an icy beer, but when I mouth the words, I feel them: I’m a lucky man, with fire in my hands. THE song comes, there is a wave of people, like the ocean crashing onto the shore, running towards the stage, my gaze meets that of a girl beside me, we look at each other while we whisper the words. At the end of the song she leaves with a quick smile, we may forget each other soon enough but once, on a sunny, dusty, happy afternoon a slightly disgruntled English man in a green T-shirt briefly held our universe together. 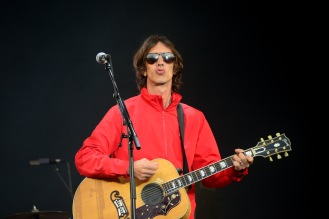 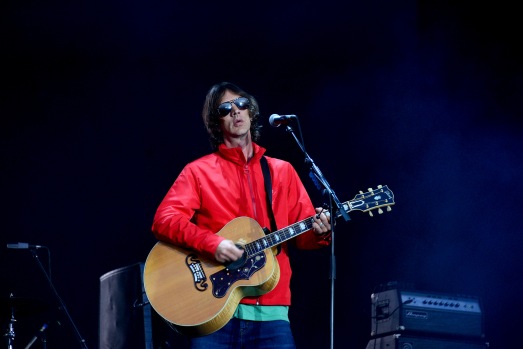 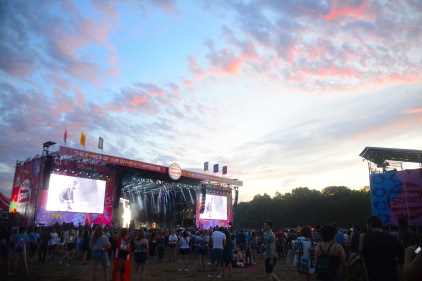 Speaking of the universe, the thought that it is theoretically finite has always consoled me, because I often misplace things and it’s comforting to know that they are still in existence somewhere, only in a space separated from me. I sometimes willingly part with objects too, like the little red Do You Want To pin that I bought at a Franz Ferdinand record launch party and loved very much, then gifted to a boy who liked Franz Ferdinand very much too. It then transpired that the Scots were fundamentally the only thing we had in common (and Pulp’s Common People, not that it mattered in the end), and the bastard is out there somewhere with my red pin, or even worse, he lost it or gave it away.  Whenever I remember this story it also crosses my mind that it was exactly at that time, around the release of the You Could Have It So Much Better album that Franz Ferdinand were last truly relevant. Sure, they’re still around, and some of their more recent work is perfectly enjoyable, but their first two records were a superb expression of their times and when they headlined Sziget in 2006 I spent an evening in the warm embrace of an ecstatic crowd being convinced that this was the best thing that ever happened to me. Comparing the two setlists, it strikes me how the old one, even if drawn from only two albums, feels denser, it packs more punches, it’s, God I will say it, better.

Yet I’ve included this concert in here because, come what may, Franz Ferdinand are still a class act. They’re professional, almost business-like, about putting on a party, even if it’s in the questionable afternoon hours. They may have lost edge, but not commitment, and still have fundamentally two types of songs: catchy- later work, insanely catchy-early work. I may even be unjust about going on about how they lost relevance, they started so high, so quickly, that it was almost unavoidable that they could not keep the pace. But they never gave up and are unfussed about being demoted two time slots over the past decade: when Alex Kapranos tells you to get down during This Fire, you get down, even if you’re lugging your camera around. None of their songs ever held the universe together, but they sure as hell make it a more bearable place to be stuck in. 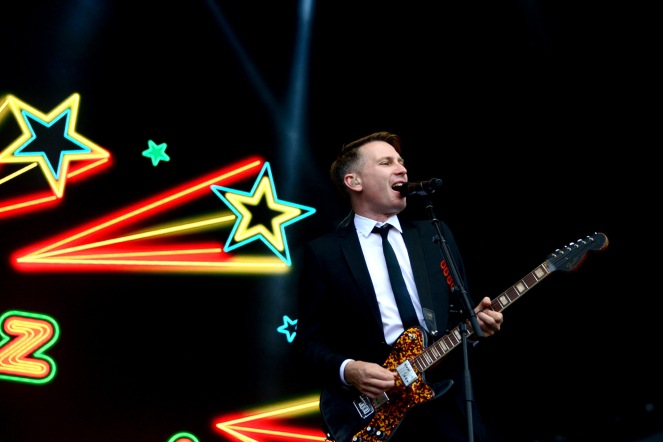 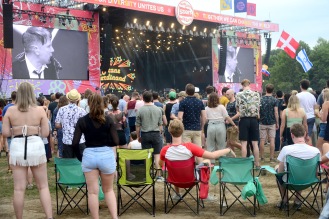 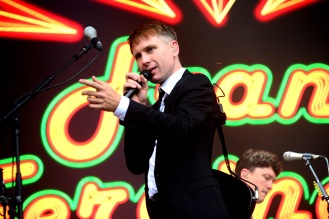