Let us start abruptly with advice which, were I to follow, would probably mean the end of this little procrastinated procrastinating amusement of mine: productivity is apparently all about attention management, as opposed to more classically held views that it’s time management that counts.  Or better said, time management can only be accomplished if one manages their attention, which is something I increasingly notice with myself. Used to quick flashes of the interesting on social media platforms, I occasionally struggle to fully focus on a film, my reading or even an entire album of music. If I could just push that button for a second and like somebody’s breakfast, that would be grand. I reached the worrying point where I approach a movie as if it were a Zen-like exercise, a marathon of attention, hoping that practice will improve my patience, just as frequent running lowers my Margaret Island lap times.

Speaking of marathon-like films: I was completely unmoved by Avengers: Endgame, even the bathroom break hysteria is unfounded, just don’t drink that two-litre jumbo coke and you’ll be as fine as a de-snapped Spiderman. I did however thoroughly enjoy the less heralded Shazam, yet the month’s cinematic highlight was definitely a Danish film about a man picking up the phone. You only ever see him and his closest surroundings, which is of course a trick pulled off previously in Locke ,and while The Guilty has some similar themes and tropes running through it, it also has a masterfully concocted plot twist that I will not dare spoil for those whose attention is trained enough to watch one and a half hours of Jakob Cedergren’s face.  Having cleared this obstacle, one may consider even more taxing endeavours, such as a marathon of Soviet/Russian films, with plenty of exciting titles now available online with a wide range of subtitles.  The sublime Agnes Varda left us this month, and then posthumously caused a bit of a stir with her Cannes poster, though frankly I feel that these days no good deed is indeed ever left unpunished, and someone will always read something weird einto things done with the best of intentions. To steer away from controversy you may simply read this great piece about her and her filmmaking.

Series, though, are our jittery attention’s best friends, with their cleverly dosed episodes, like Kinder chocolates that come in tiny bars although everyone knows full well you’ll devour the entire box anyway, with Queer Eye being the epitome of the no strings attached comfort watch, no cliffhangers, no clever plot twists, just a rainbow coloured dose of pure and unadulterated fun. Speaking of fun, there will be a follow up series to The Young Pope (if you haven’t watched it yet, do it NOW), named The New Pope and please, by all means, have some Jude Law as a teaser.

Musically speaking, The National have launched the absolute eye and ear candy to be seen and listened to above, some early U2 has resurfaced, which is always a great joy as, in spite of the mullets, U2 were a pretty neat band back in the 80s, there is a Leonard Cohen museum and one day I’ll totally have to cross the Atlantic to visit it. Finally, if you haven’t chanced upon Nick Cave’s wonderful Red Hand Files website, you are a poorer soul, and although each and every piece he writes answering the questions of his fans can be qualified as a small gem, this one might just be my all time favourite.

May of course means Eurovision and make no mistake, Eurovision is fabulous and fun, and whoever smirks about it simply doesn’t know how to enjoy life. Given that I always listen ahead to the tracks to be in the know for the contest itself, here are this year’s personal favourites: douze points to Italy’s Mahmood, Azerbaidjan’s Chingiz and Iceland’s Hatari. Beyond this, for some odd reason I had the Slovenian song stuck in my head for several days, which I don’t really know how to interpret, and the actual favourites seem to be the Dutch and the Swiss, with two…interesting efforts. To crown all this, please do also revel in all the bottom placed Eurovision songs ever. 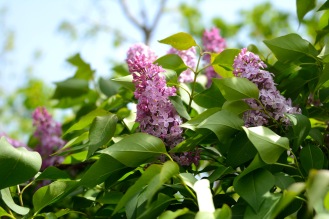 Opening for the photography section, you may revel in my frankly gratuitous shots of lilac trees in bloom, but they happen to be my favourite flowers and their season coincides with my birthday so I find these a good enough excuse to enjoy them while they last- which I always find to be very little, and as soon as lilac season is over I start to panic that summer is about to begin which means autumn is not that far away either (really, I do that.) For more consistent material, a collection of work by young Romanian photographers, a visual essay about Israeli mermaids (which are, unbelievably, a thing), a piece about the iconic image of the Sudanese protests and an analysis of this year’s World Press Photo winner.

Over in travel, here is a train ride I would love to take– though frankly sleeper trains are much more romantic when you imagine being on one while sleeping in your comfortable bed as opposed to being crucified on the metal frame of your actual cubicle onboard- and while in Scotland, you may also go for a sip or several of buckfast.  Though I have never tried a motorhome, in spite of them being pretty fashionable these days, I have a weird feeling their discomforts would possibly mirror those of the sleeper train, nevertheless they offer greater flexibility in achieving your projects, such as making a sound map of Europe. Did I tell you I think being alone on a boat at sea would also be just a tad uncomfortable? Now I did, and yet this man went at it, and took a chicken along, and Monique is a total darling too.

Arriving at literature, we have an interview with the forever young and sharp Andrea Camilleri, a piece about queer manga inspiration Yoshiko Nobuya and a list of recommendations from poet Raymond Antrobus . Reading some of Antrobus’s work again reminded me how bad I am both at reading and interpreting poetry, but at least I’m not alone, I know Karl Ove Knausgård has had trouble with it to, so much so that in the last volume of My Struggle he spent dozens of pages trying to make sense of a poem by Paul Celan. And he also spends hundreds of pages on Hitler, there, I’ve spoiled the whole thing, only I haven’t, because the whole magic of Knausgård lies in how he makes the mundane exceptional and the ordinary out of ordinary, so knowing the topic he’ll write about doesn’t spoil the enjoyment. Plus we know everything about him, many of his readers will say, only we don’t, we just know what he lets us know. And thus I was shocked to discover at the Budapest Book festival that he likes, the horror, white wine, for which he reached while closely analysing a pogácsa, a description of which must totally end in his next book of observations along a passage on how to look unruffled and friendly while people make a holy mess of pronouncing your name. Actually, his next book will be about the devil, but until then you can delve into his considerations on his enigmatic countryman, Edvard Munch, who seems to be all the rage right now– excuse the bad simile, but I just feel it’s no wonder we’re so fascinated by him living in this world that very often just wants to make you scream. 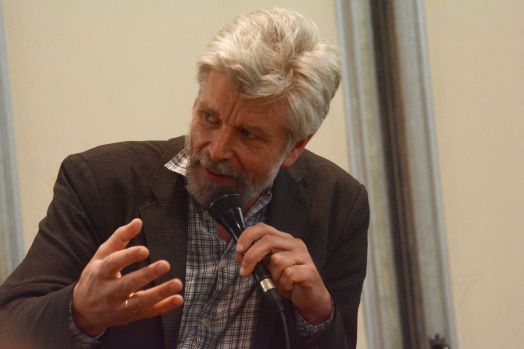 The football section, shockingly contains no gushing about players/teams I like (though wait until the May edition…), but the very serious topics of football and power in Turkey (a Hungarian edition would probably be enlightening too) and that of female football fans in Iran.

In the bits and bobs, there was the matter of the Notre Dame fire, which was obviously a sad event in spite of the fact that, yes I will blurt it out, I never really liked the place- it’s just too boxy and dark, a ghastly silhouette looming over the Île de la Cité, but this article made me change my mind a little– I still won’t rush into reading Hugo, nothing will ever make me do that I believe, but the bit about Baudelaire coming up with the punchline of the Usual Suspects is the kind of juicy trivia that makes me irrationally happy. On a lighter note, do revel in some Wes Anderson inspired wallpaper, then there’s this story of an Icelander who decided to be a shepherd instead of a model (or perhaps she’s simply a model shepherd), a history of the colour orange, and to end with a blast, a fun book of French conjugations, yes you read that right and yes French conjugations are just as outlandish as the French themselves.

And before you immerse yourself in this month’s bad phone photography, I leave you with two songs. One by Avicii. Yes, Avicii, yes, the man about whom I was raging in the spritzer garden when he headlined Sziget, saying that this was, as his name aptly put it, one of the circles of hell. And it may have been one of the circles of hell for him too, a hell he had to live through, and a hell that he finally succumbed to. Listening back to his songs, there is a darkness hiding under the happy veneer and it made me think of how many times we pass by people who are broken and just keep going while sipping our spritzers.

And another by Nick Cave, in the memory of someone I shall call a friend. A friend of modern times, someone I’d started following on Instagram, and she followed me back. We discovered we had common interests, similar tastes, we followed each other’s travels and commented on the books we read, she had a more solar personality than mine and occasionally one of her happy posts would make me smile on days when I was at my grumpiest. She loved the word superb, an escape into the English of the oft used Serbian divno, and her enthusiasms always felt genuine. We met in person a couple if times, planned to do it more often, on New Year’s night we greeted each other while watching Nick Cave’s concert on television, thousands of miles away but sharing the same feeling. She’d stopped posting in late March, and at the end of April there was a final post on her profile, the kind with a finality one struggles to grasp. Everything we have is fragile and fleeting and we should never take it for granted.