I’ve occasionally flirted with the idea of setting out on a voyage and ending up somewhere totally different, which of course has its mild dangers if you arrive with your meant for Greece bathing suit in the heart of the Taklamakan desert, so I decided to approach things on a smaller scale and see how they went. Thus, instead of heading towards Üröm to check out some rock formations which extremely remotely resemble those at Hanging Rock (yes, the series might have had a deeper than expected impact on me), we decided, on the spur of the moment, to head to Vác instead, basically because we were queuing for coffee in Nyugati station and the next train was headed there.

The number of trains headed to Vác from Nyugati is quite spectacular, your biggest challenge being not to take than one that travels the distance in an hour and a half, taking a detour towards Veresegyháza. My biggest challenge, on the other hand, is to buy the kind of discount ticket which can be used in combination with the Budapest transportation pass, which is something I can only do if the whimsical genie in the vending machine so pleases, which did not happen this time- I can thus inform you that a full price return ticket costs 1300 forints per person on the regional train, and the ride lasts between 25 and 40 minutes depending on the kind of regional train you chance upon. (The one headed for Szob has no stops before Vác and naturally gets there faster, while the one headed for Vác itself stops in several enchanting suburban hotspots and is thus somewhat slower.)

Vác lies nestled on the eastern side of the scenic Danube bend, at the foot of the Naszály hill. Its Hungarian name is confusingly Naszály mountain, perhaps not justified by its height of 652 metres, but geologically it is the final tip of the Carpathians arching down from Slovakia. Its fortunate location means that it was already inhabited when the Hungarians settled in the area, and it is first mentioned by chronicles in the year 1074. This is the moment when I feel tempted to go into a dates, dates, numbers, numbers kind of rampage which of course makes any attempt to befriend history heinous in the eyes of all schoolchildren, so I shall duly stop while shedding a tear for all the precious hours of my life I wasted trying to match the year, the Romanian ruler and the corresponding Ottoman sultan. (It all basically came down to hoping Mehmed was a good enough answer for the latter.)

Instead, I shall let you know that even the worst navigator in the world will find their way to the town centre pretty easily from the train station, as it is fundamentally a straight line. The main square is dotted with several buildings which lean too dangerously on the baroque for me, yet on the day we visited all of this was superseded by the fact that the city was in the thralls of the 26th Váci Világi Vigalom- which is basically a giant festival of everything, comprising musical and cultural events scattered around town, a giant market along the Danube and an adjacent funfair.

As part of this effervescence we completely accidentally and cluelessly turned into a yard which led us to the Greek church, which is presently not a church and it was never really Greek. It was in fact erected by the Aromanian traders who arrived in Vác in the 18th Century, and was later used alongside other Orthodox communities, such as the Serbian one. Today it is no longer a church, but serves as a museum, though I will openly admit that I felt a bit let down when I bumped into modern art while expecting icons. 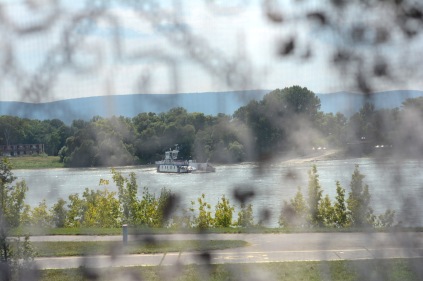 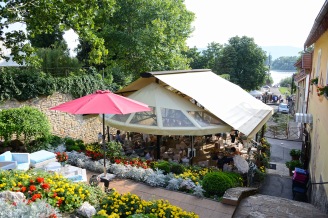 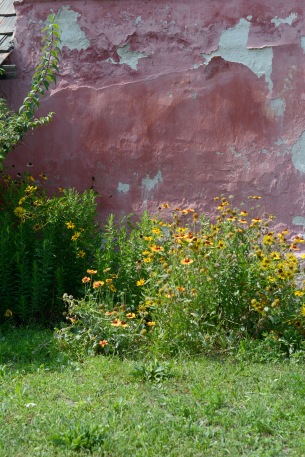 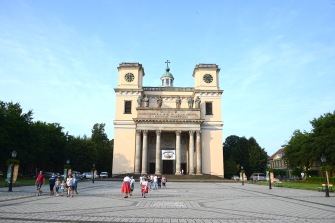 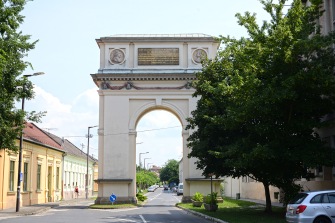 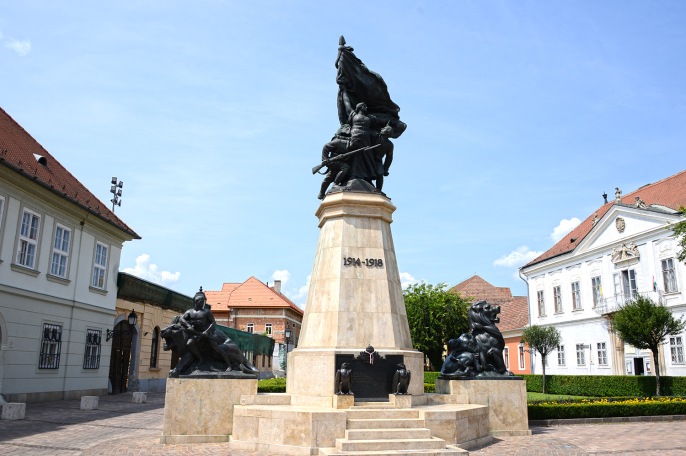 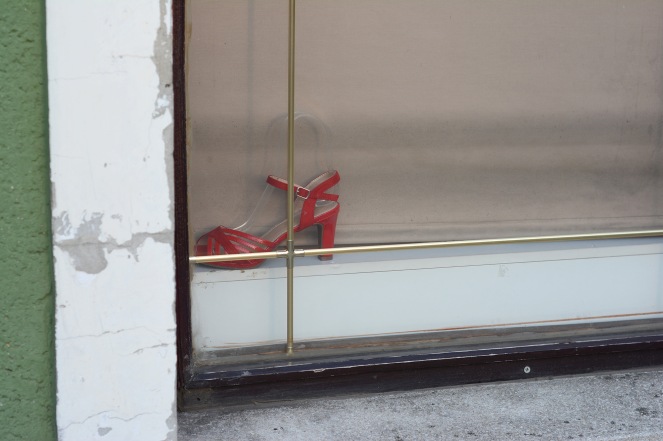 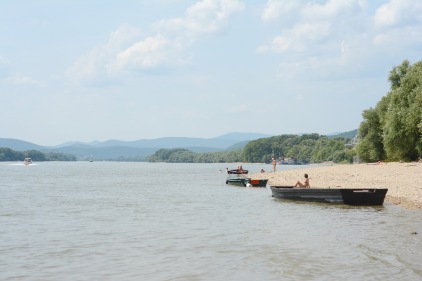 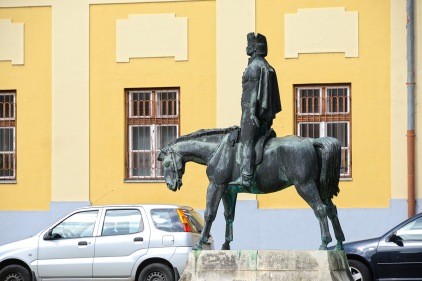 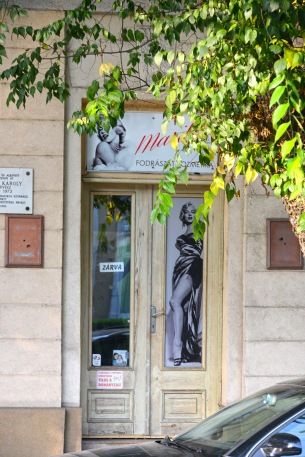 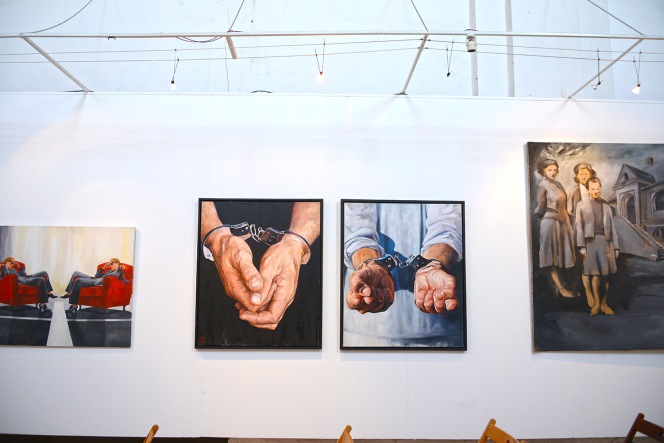 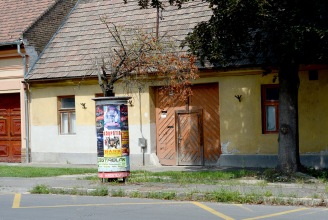 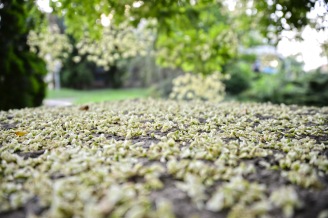 Walking northwards from the square you will soon run into what can be qualified as a tout petit arc de triomphe- as a matter of fact, the only such arch in Hungary, built to honour Empress Maria Theresa, though its majesty was somewhat lost on the locals, who took to calling it the stone gate. (To satisfy my inner architect who never ever manifested herself cause I can’t draw straight lines for the life of me, the style of the gate, just as that of several other buildings in Vác, is the so called Zopf-style, which is basically a moniker for a late Central-European variant of baroque.)

This is the point where you will a) encounter the prison, which occupies the premises of what once was an institute set up my Maria Theresa to educate aristocratic youth (its evolution in the long run might strike one as mildly ironic) and b) consider turning back along the Danube. While you’re at it, you might also venture into a convoluted maze of streets to check out the Calvinist church. There is really nothing spectacular about it, I simply check out Calvinist churches because on paper at least I am one, and I assume my grandmother, who was rather devout in her late years, would appreciate the effort.

Several stretches of the river’s banks were in use as beaches on a rather hot summer’s day, and if you stared towards a fixed spot in the distant blue of the Danube’s curvature, you might for a second feel as if you were by the sea, until a very decidedly river barge barged into your reverie, and you suddenly felt the earthy breeze of the river, though every now and then the Danube can surprise you with almost sea like gusts of wind, after all, that’s where it is headed. Higher up, the usually rather sleepy walkways were populated by a colourful assortment of merchants, many of them arriving from Transylvania, which increased the eerie familiarity of Vác- the only thing missing from their wares was the primitive yo-yo, made from woodchips covered in shiny paper and hung on a flimsy plastic strip, which alongside candy floss was the nec plus ultra of any decent childhood funfair. (There was a ride with Britney’s face on it, but oddly they did not have those when I was growing up.)

At the end of our riverside walk we climbed up towards the Franciscan church, which hosts the remains of Hungarian King Géza I, and on the particular day of our visit also hosted a choir- besides baroque, I am also very scared of moldy scents and high-pitched voices, so I made a run for it and peered over the fence to investigate the extremely underwhelming remains of the Vác fortress. Little did I know that down the road I would bump into two further gems: an absolutely mind-boggingly shaped equestrian statue (while Google Maps understandably keeps mum about it, I did manage to find out it represents Vak Bottyán, the leader of the fortress’s garrison when it was reconquered from the Ottomans), and  Vác Cathedral, which looks like an alien’s approximation of a giant marble cake box.

At this point we were so shaken that we took a convoluted, yet decidedly scenic detour towards the train station and bumped into what is, rather unorthodoxly, my favourite building in Vác:  the flying saucer-like socialist edifice of the Madách Imre Cultural Centre, which looked both positively deserted and positively animated with the ghosts of the recent past our bit of Europe is still trying to interpret in a moderately meaningful way.

PS: The socialist ‘monster’ does have a challenger for the title of favourite building, in the Hübschl villa, to be found close to the Danube and an early example of reinforced concrete architecture on the territory of Hungary.

PPS: If you are to spend a whole day in Vác, you will of course need to nourish your mortal frame as well, for which we do have two suggestions. The Remete restaurant found on the Fürdő stairs leading to the Danube serves mostly classical Hungarian dishes but can be rather full on busy afternoons, while a bit higher up Lámpás beer garden overlooks the swimming pool and offers an assortment of burgers and freshly grilled meats. Though one might assume that having the swimming pool instead of the Danube for a view is a downer, there is something almost mesmerizing in admiring the slow progress of leisurely swimmers across the stretch of blue shimmering in the afternoon sun. 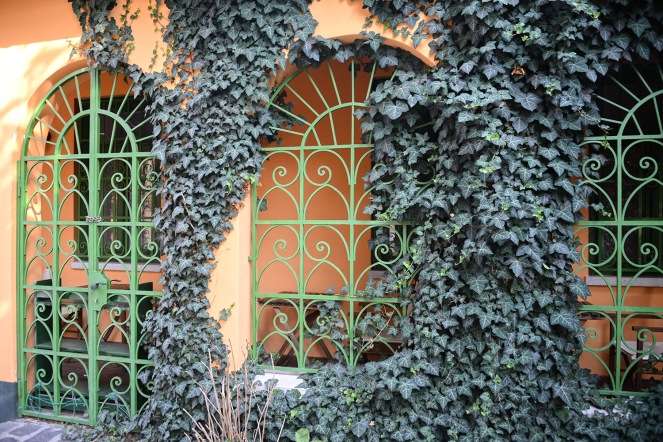 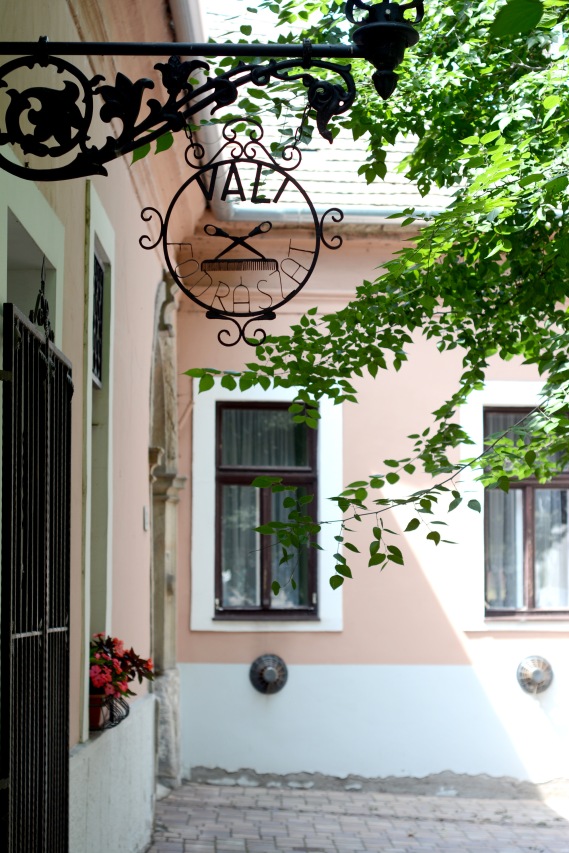 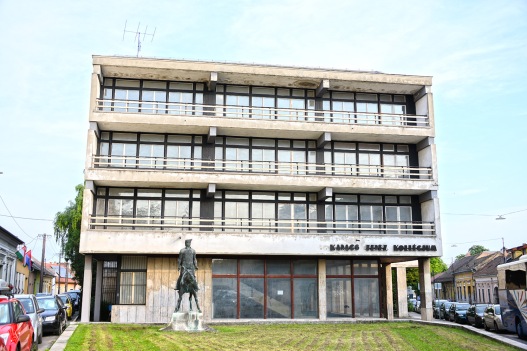 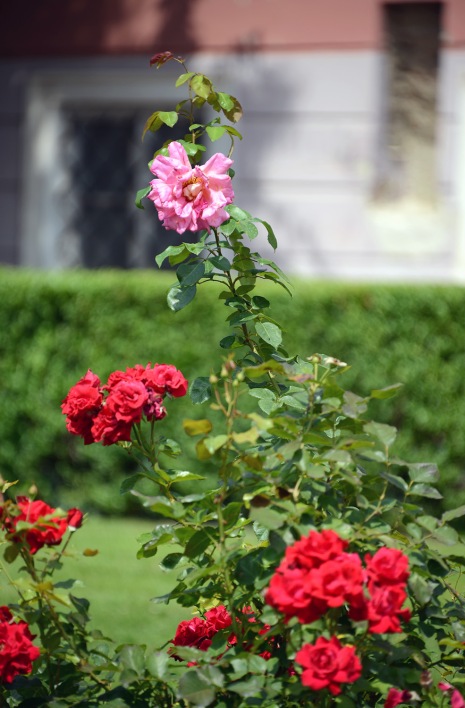 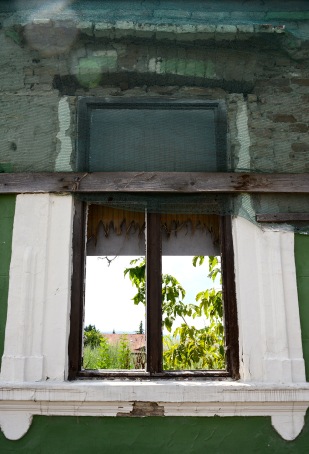 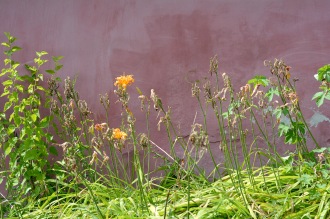 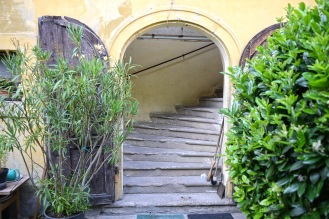 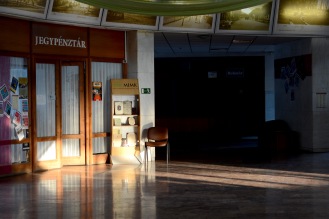 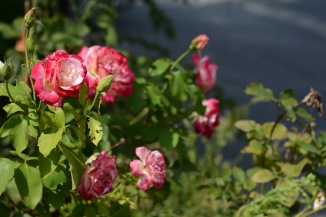 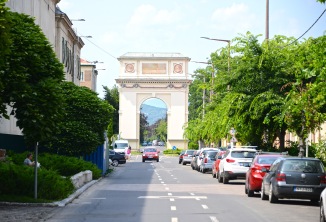 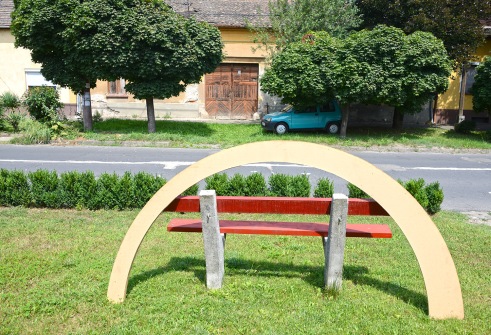