The first announcement for Sziget 2018 has been brewing for a long and strange time. It was first slated for mid-December, then postponed rather last minute, which might not have been the best boost for the festival’s credibility in its first full year under the helms of the new management, but at least it gave a very exciting holiday season to punters trying to figure out the background of the delay and the names that would eventually land in January. The general mood was along the ’this better be good’ line and pretty much any artist, alive or dead (Tupac holograms Coachella style, anyone) was speculated by someone at some point.

January 22 would be D-day then, just in time to allow hyperventilating festival goers enough time to still purchase early bird tickets, the availability of which had been extended up until January 31 (if you are hyperventilating right now, you can buy them here). I am generally prone to grumbling over things, festival line ups in particular, because they allow you to be profoundly unhappy for basically no reason at all, which in turn means that your life is actually in fairly good shape.

Therefore I will start with the fact that I had (not so secretly) hoped that the biggest headliner of the batch would be the Arctic Monkeys, threatening us with a possible fresh album after Alex’s hiatus crooning and bromancing alongside Miles Kane, and yes I conjured this image simply because I like it a lot. Fact is, though, that despite my inability to comprehend what his je ne sais quoi is, Kendrick Lamar is as big a star as it gets these days and should function very well at shutting down the whiners who complain that Sziget never gets big names at their biggest. This time they very much did.

Then there’s Mumford and Sons, whom I had missed last time they were in Budapest, because I am a wonderful person and passed my ticket on to a desperate child on verge of a nervous breakdown as she’d failed to secure tickets to the sold out gig- hereby sending my application for the Nobel peace prize and Time personality of the year. The compulsory knob fiddler box is also ticked with Kygo, who is from Norway, we’re branching out here from the Dutch heartland of thumping evil, and another upcoming trend is also showcased with Unmet Ozcan, that of Turkish DJs representing either their own country, or perhaps Germany Mesut Özil style.

There are several repeat offenders too: the endless ubiquitous Parov Stelar, the endless ubiquitous Clean Bandit, the endless ubiquitous Milky Chance and strangely the endless ubiquitous MØ– she was a bit of a disappointment during her previous outing, so here comes her chance to redeem herself, I am sure she’s pleased to death about it. I do very well know that Gogol Bordello are endless and ubiquitous too, but one of my basic principles in life is that there is never enough Gogol Bordello in it, and I won’t object to Bastille anymore either. Nothing but Thieves are back as promised, which doesn’t make my heart beat any faster, to be honest, but I may spend a few minutes in the spritzer area pondering the logistics how on Earth did their lead singer stab himself in the eye with the tip of a knife last year, mostly because too many years in HR make you over-analyze work accidents.

Next up is the exciting list, namely those artists whom I have not seen so far but, if still a teenager I would say I’m dying to in no particular order, Lykke Li, Wolf Alice, Little Dragon, Slaves and to a certain extent Everything Everything, who do have an irritating name but a couple of decidedly less irritating songs too. Liam Gallagher almost makes the list too, but I have to veer back to my nitpicking here and mention that both Liam and Noel only really work for me if they’re together and possibly on the verge of a massive, invective filled brawl.  I am slightly taken aback by the fact that Blossoms are coming without fellow botanically named indie darlings Cabbage, they always seem to be on festival bills together, and we would have been able to crack dumb jokes about this being a stage or a market stall.

I am excited by Cigarettes after Sex too, but of course I have seen them last year on A38, so it will not be a first off anymore. As for The Kooks, I would say I’m not sure they can surprise me with anything noteworthy besides the once endless ubiquitous Naive, but last year both indie pickles I checked out, The Vaccines (whose new album incidentally seems pretty fine too) and The Maccabees were very pleasant surprises, so here is hoping for another one.  When it comes to the Goo Goo Dolls a) it is good to know they still exist and b) in their case, I will be expecting the once endless ubiquitous Iris, which I enjoyed as a teenager because I could complain about how it soundtracks City of Angels, whereas the real deal is the German original, Der Himmel über Belin, which has decidedly sexier music. This brings me to the thought that Nick Cave and The Bad Seeds would look awesome as a future addition to the lineup. Just saying. 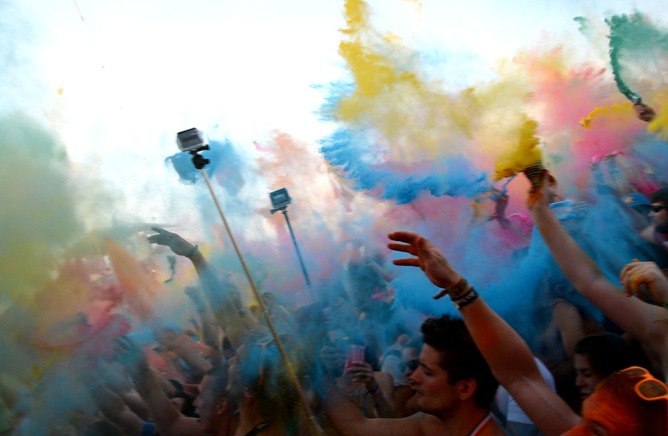 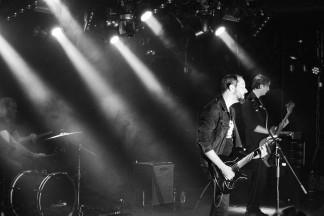 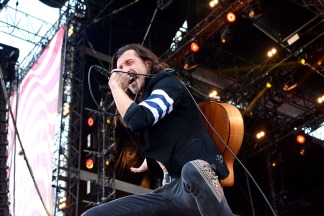 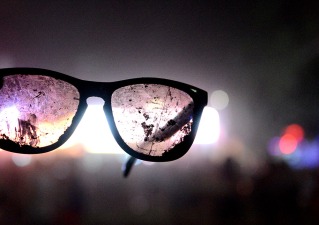 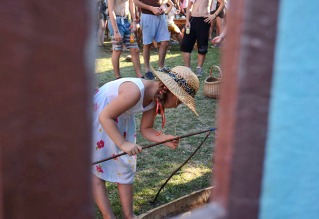 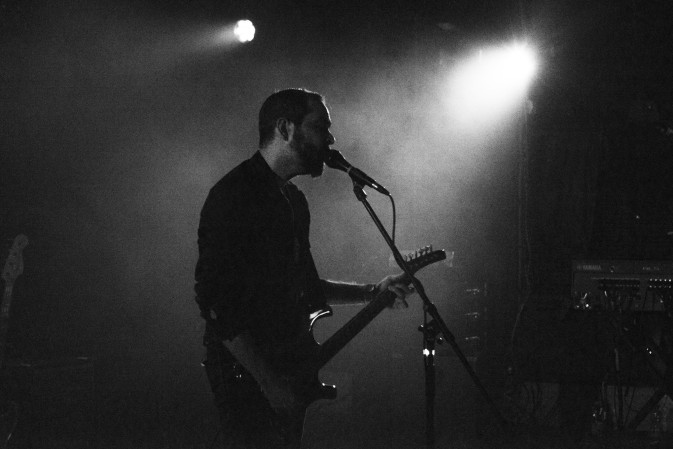 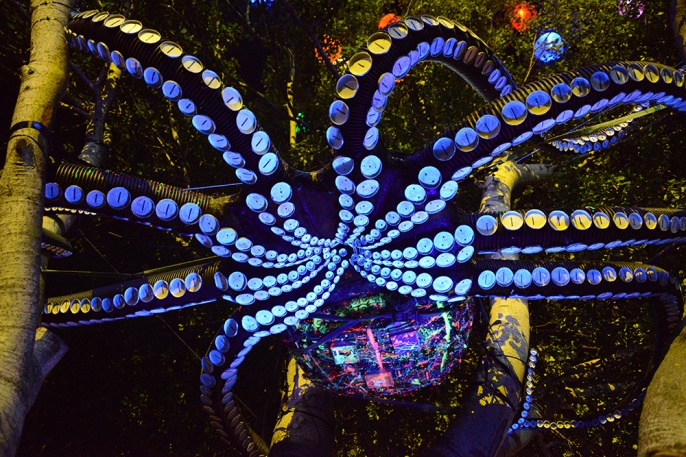 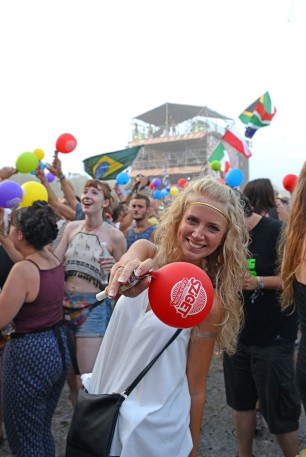 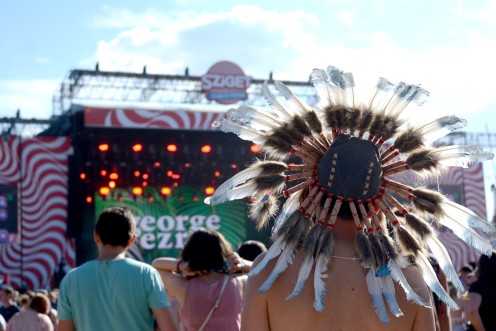 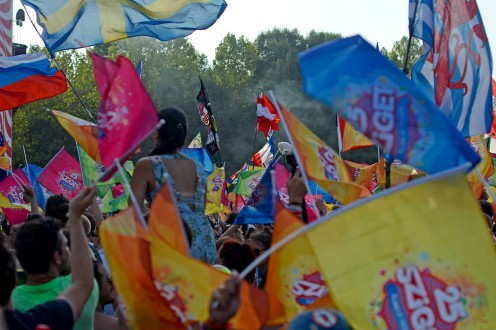 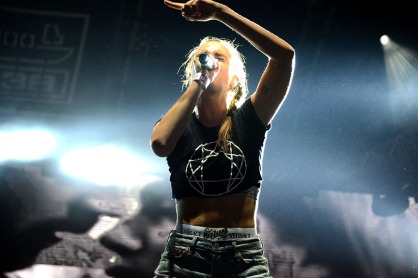 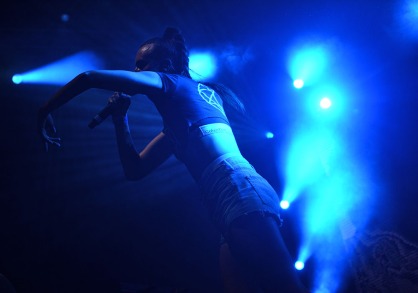 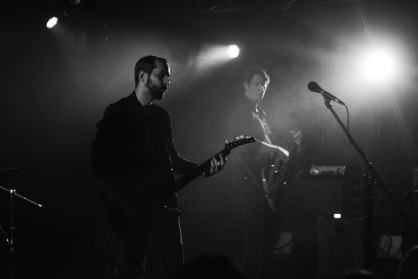 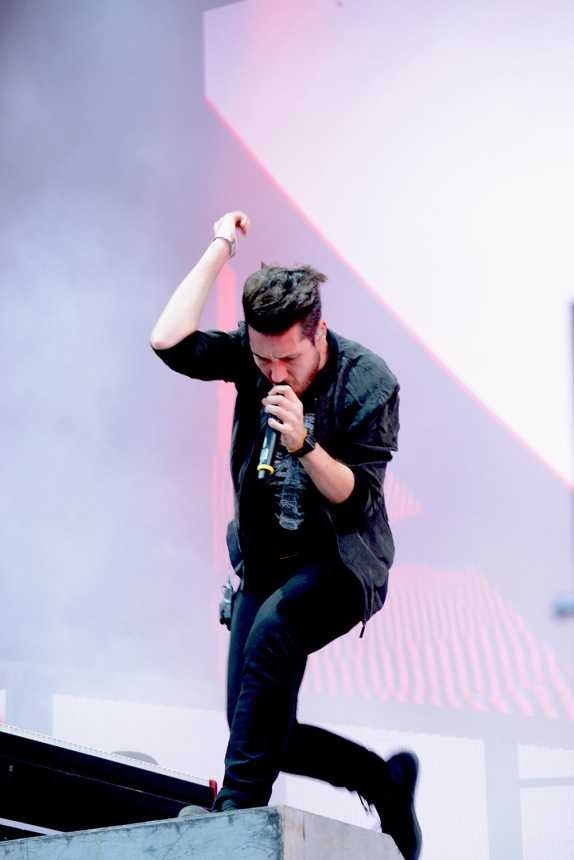 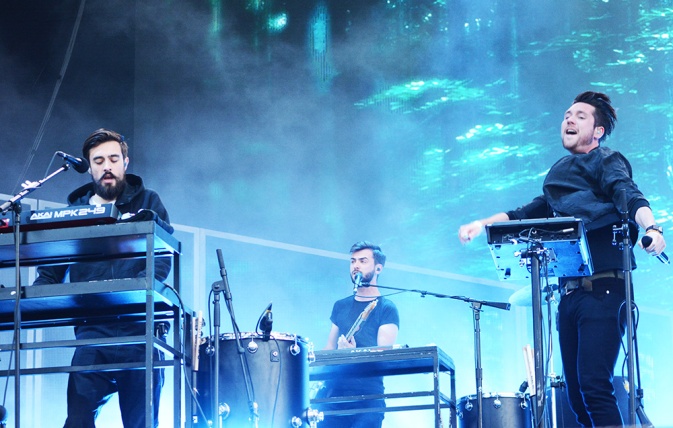 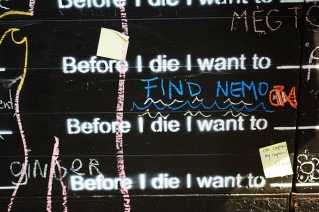 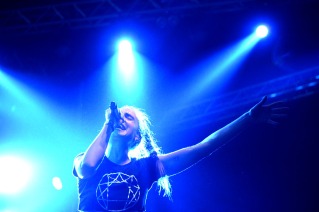 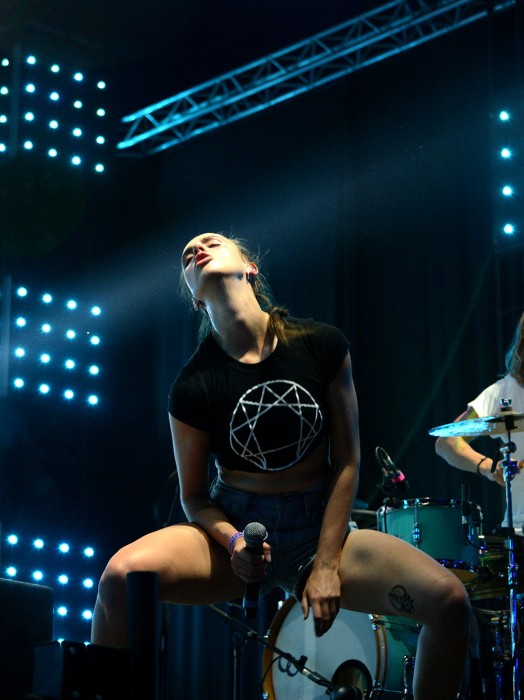 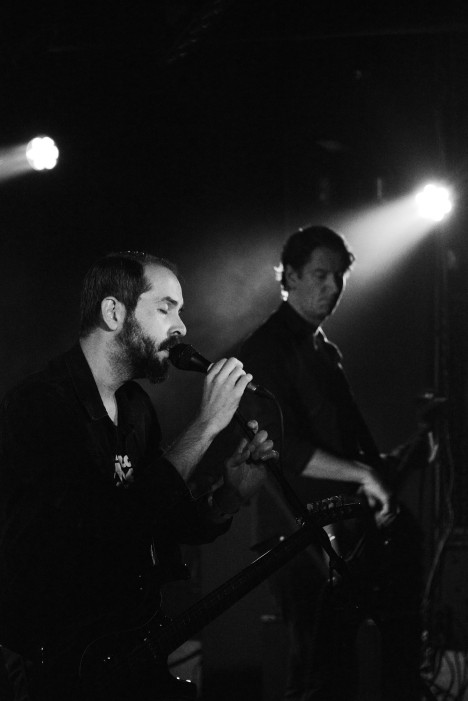 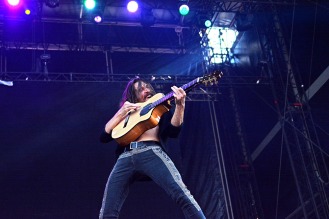 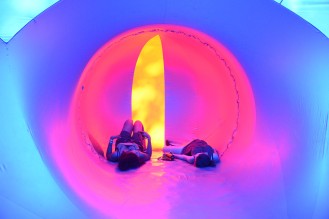 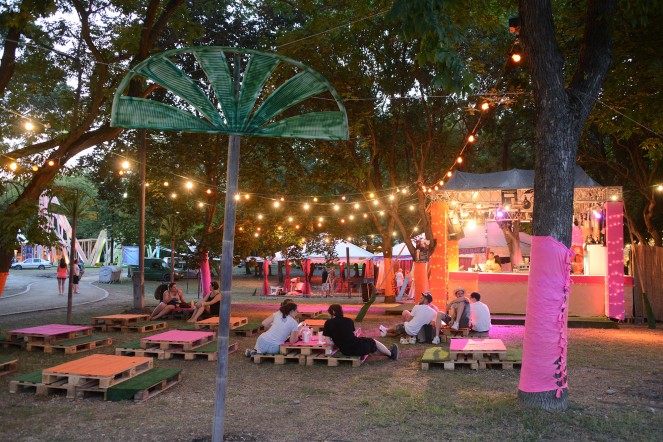 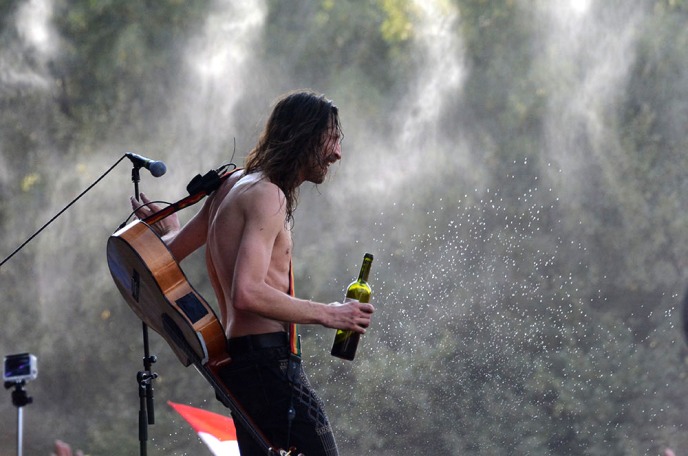 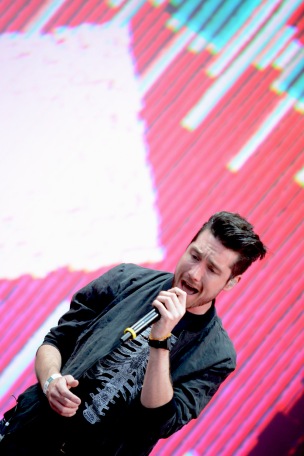 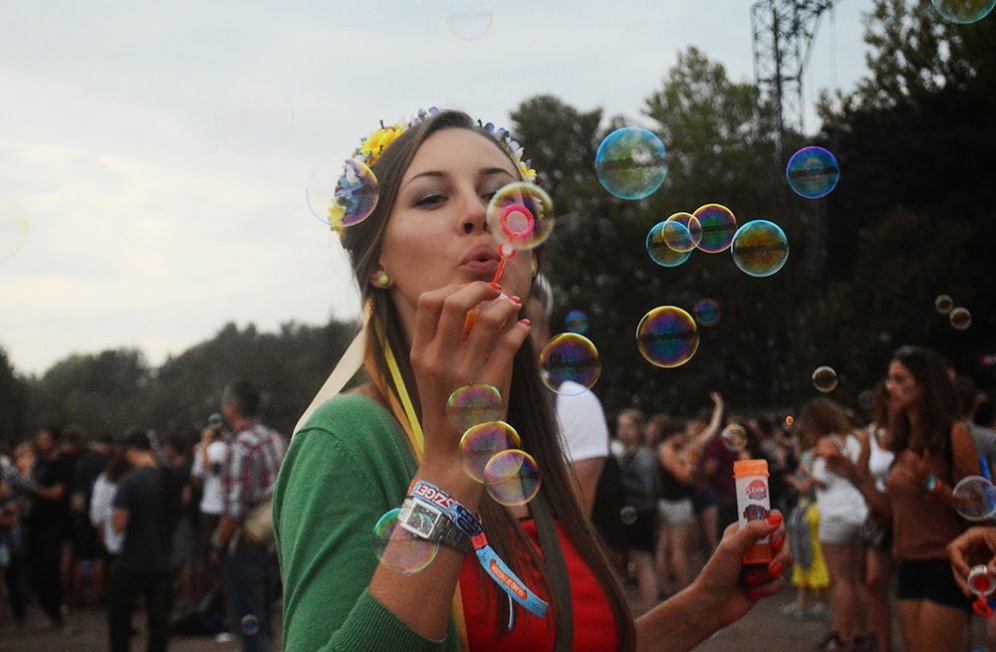