Encouraged by our Lisbon exploits, we decided that it’s high time we tackled yet another Budapest hill, and the one we picked as our next target was Mátyás-hegy, towering at 299 metres and lying in Buda’s third district, just a little off the more popular Hármashatár-hegy, which we had already mapped last summer. Mátyás-hegy is somewhat the Pluto of Budapest hills: it used to give its name to an administrative unit, but as of 2012 the city council decided it shall be a plain old hill again. Truth be said, the mound itself is uninhabited, if you do not count squirrels and bumble bees, with no official street marked on it, therefore you will be able to see yourself on Google as floating somewhere in the middle of a green mass of nothingness.

We did find a trail though, marked with a blue cross, starting off just above Pesto Pizzeria on Kolostor út, and followed it accross the hill.  Most of it is quite uneventful and not particularly scenic, but there is a rather steep bit right before the top, which we recommend for anyone seeking a workout hike but would advise against tackling it in winter or after plentiful rain. This time we managed to tame our exploring incompetence and had purchased water at a fruit stall next to the Kiscelli museum, and, had we arrived about an hour earlier, we could have indulged in other refreshments as well, such as perhaps beer, but the Coop store on the corner of Kolostor and Remetehegyi roads unpolitely closes at 1 PM on weekends.

The best part of the hike is undoubtedly the proximity of the Mátyás-hegy stone quarry: the trail leads straight to it, but you’ll need to veer off a little to the left to the hill’s edge, protected by a wooden parapet. From there you can indulge in a spectacular view of the city, with both the Parliament and the Gellért hill in clear sight, while the other side is occupied by the steep, exposed walls of the quarry.  The summit itself is a rather understated affair- you’ll realize you reached it only because the trail starts sloping immediately behind the small clearing. For those bent on a whole day adventure, the blue cross trail ends up in the small passage between the Mátyás and Remete hills, from where several trails are diverging towards Hármashatár hill and Szépvölgy.

However, especially given the lack of beer, this did not seem like the best of ideas to us, therefore we made a U-turn and made it towards Szépvölgyi út, by following basically a straight line over Remetehegyi and Folyondár streets. This proved to have been a wonderful decision, as on Folyondár street we bumped into All In Delicates, where, modestly, we went for the coffee only, but they also cater food and drinks, plus take away delicatessen.

It’s now time to deal a final blow to Mátyás-hegy: we actually only visited it because it’s next to the Kiscelli Museum, which was the original target of our visit. And even that visit had an ulterior motive:  the museum is hosting a great retrospective of Budapest street photography. In all honesty though, we have to admit to having been totally inept not to have visited the museum earlier. The permanent collection is a treasure trove of delights for every lover of the city: carefully selected artwork and everyday objects from the past take you through centuries of local history. Vintage city plans and panoramic views give a glimpse of the ever-changing face of Budapest, while the objects on display, ranging from china to furniture or bar signs tell you a bit more about the everyday life of past Budapesters. My spell check protests to the German form here, but it’s very wrong to do so, since one of the first things you notice is how profusely present German was as the city’s language up to the turn of the 20th Century.

The history of the building hosting the museum is fascinating as well: commissioned by count Péter Zichy, the then landlord of Óbuda, in the early 18th century, its main purpose was to host a copy of the miracle making statue of Mary from Mariazell. It later became a Trinitarian monastery up to the dissolution of the order at the end of the century, being then used to more disreputable tasks such as military barracks and emergency housing. The complex was purchased by furniture maker Max Schmidt in 1910, and in his will he left it to the city, with the purpose of hosting a museum. The church suffered severe damage during WWII, and is missing an actual church roof to this day, yet it stands with the solemn grace of abandoned buildings- in spite of the fact that it’s actually not abandoned at all, but an organic part of the museum. In another interesting twist, the former monastery was taken over by a group of armed men during the 1956 revolution, who used it as base to attack a Soviet convoy passing on Bécsi út- one of the drivers was killed, for which the three adults participating in the action (the rest were children) were later executed in 1958.

The bloody upheavals of history seemed comfortingly far away on the lovely Saturday afternoon which we spent amongst the walls of the former convent- visitors were relatively few and politely haunted other halls, and even the usually mean mannered gallery attendants gave us friendly smiles. While perusing the street photo exhibition, though, a though kept creeping back to my mind: the faces of people seem so carelessly unaware even on the eve of the darkest events, so maybe the bloody upheavals of history are never as far away as we think. There might be no clear solution to this conundrum, but as a small part of our fight, let’s keep going to museums and try to learn from the mistakes of our past. 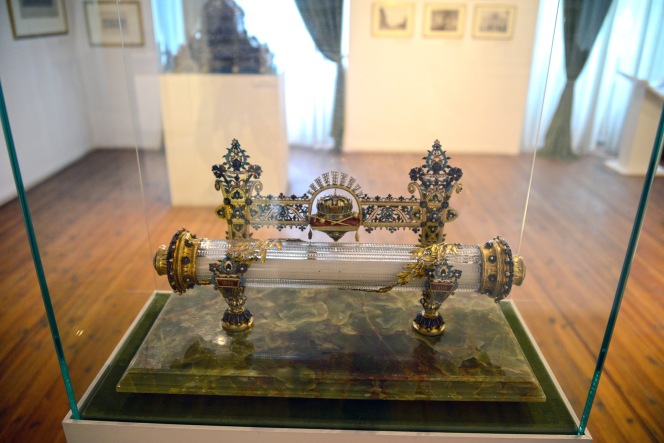 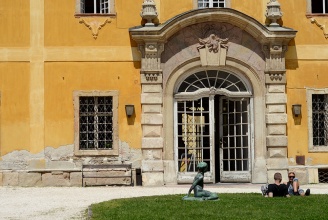 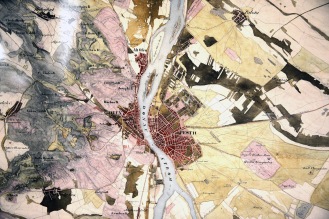 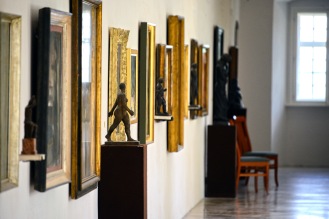 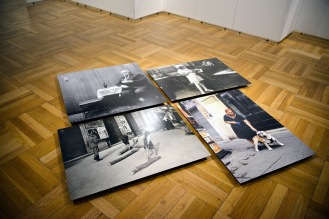 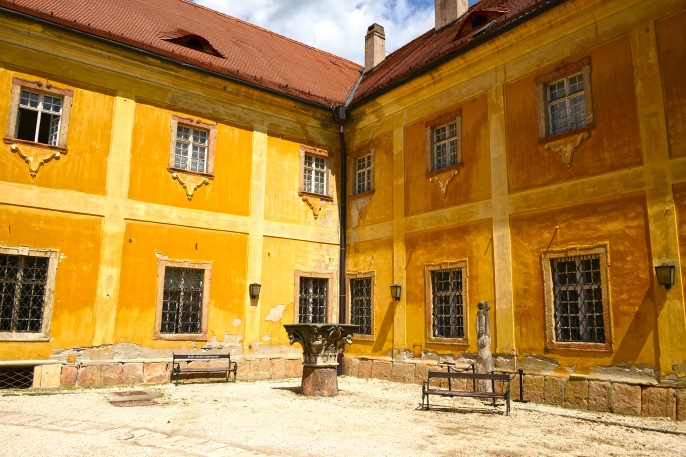 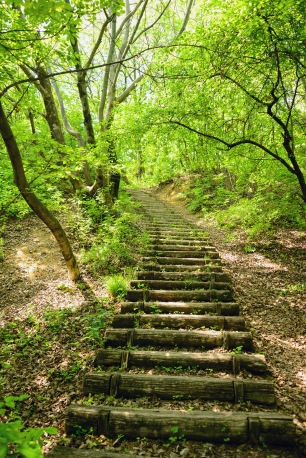 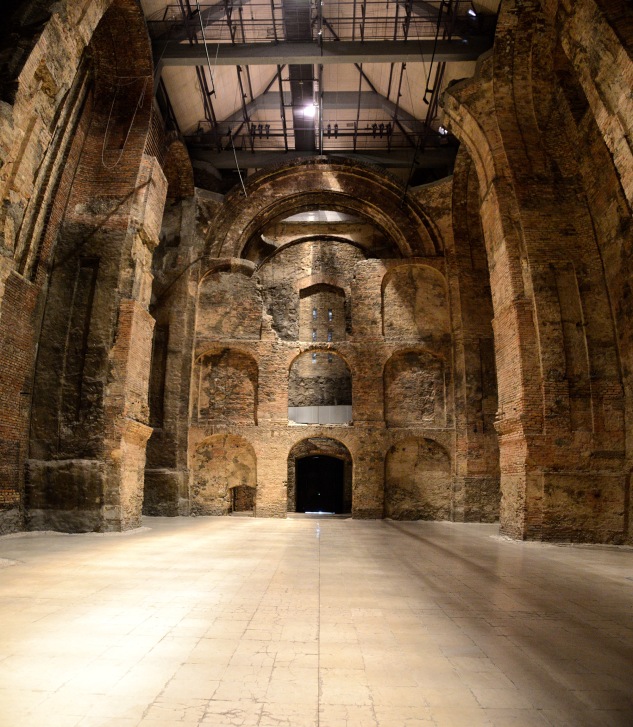 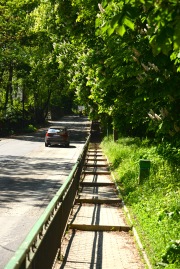 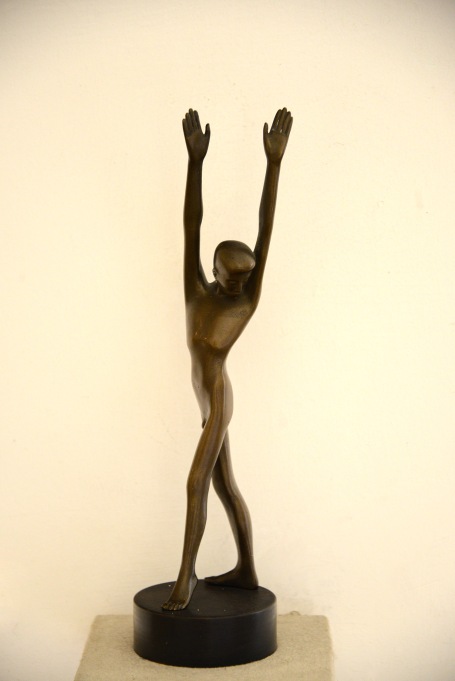 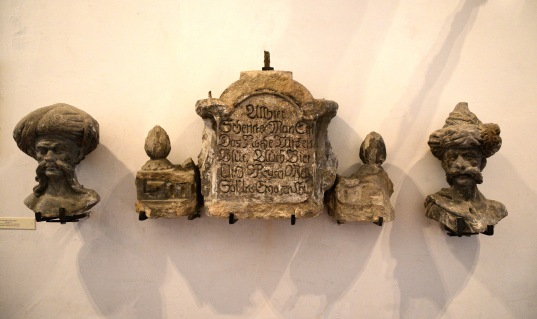 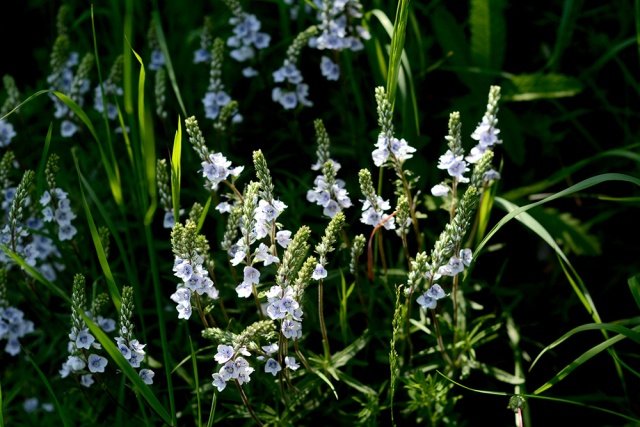 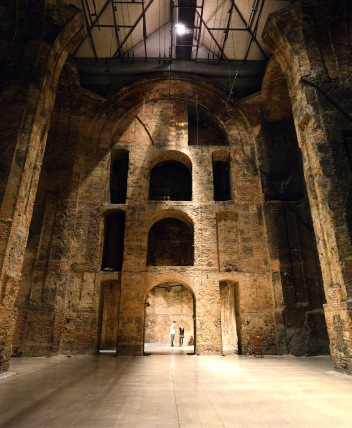 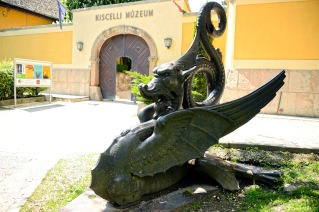 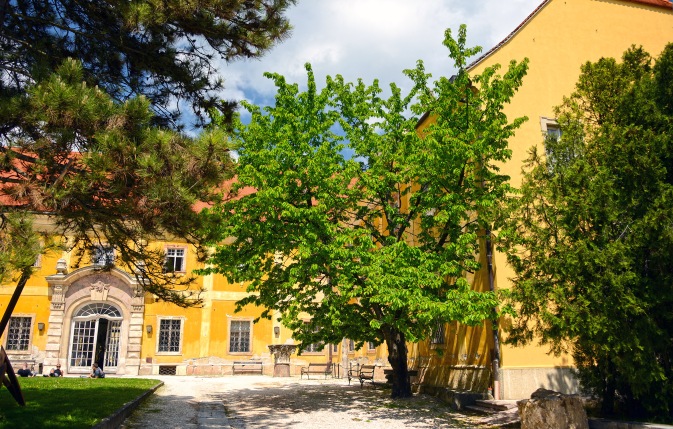 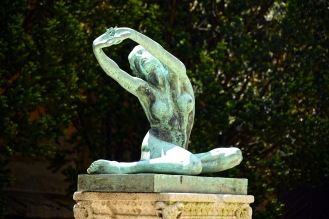 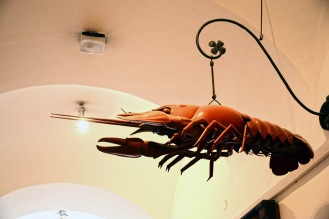