In the old days, all roads led to Rome – quite literally, as my very infrequent TV watching revealed when I stumbled upon a rather interesting documentary while on a noble quest to look for some football. In Budapest, on the other hand, all roads lead to the Danube- again, pretty literally, as three out of four directions you can head towards from Oktogon will take you to the Danube.

As I head into one of these directions almost every day and end up at fairly ungodly hours on Margaret Island, I could thus study the evolution of this autumn’s river mists, which have been somewhat more subdued compared to previous years. I am sure that someone with a little more knack for meteorology could explain why but fact is that, opposed to other years, when autumn mists were occasionally akin in density to what I assume the infamous London pea soup fog might have been (such examples to be perused here and here), this year they were somehow more timid. Instead of being great curtains of whiteness, they were more like veils filtering the lights of the morning sun.

They often lingered on until noon as well, thus providing a lovely backdrop for our classic Danube mini tour, starting off Oktogon, heading up first on Teréz then on Szent István ring road, crossing the river towards Buda on Margaret bridge, then heading south along the river banks all the way to the Chain Bridge and then back to Oktogon through the 5th and 6th districts. I personally favour this one over the longer routes going all the way to Freedom bridge and beyond, as somehow the lower bit of the riverside promenade is not as scenic, though sadly local authorities felt like vandalizing some of the trees in the upper area as well- in spite of this, it was good to be back for the umpteenth time, because just as you don’t ever bathe in the same river twice you don’t take pictures of the same river either.

Last but not least, I must express my eternal admiration for the little old lady who walked at the most comfortable and leisurely pace along the river in a wonderful blue raincoat. I took it as a sign that there is hope in the world and it sometimes manifests itself in the most unexpected of ways. 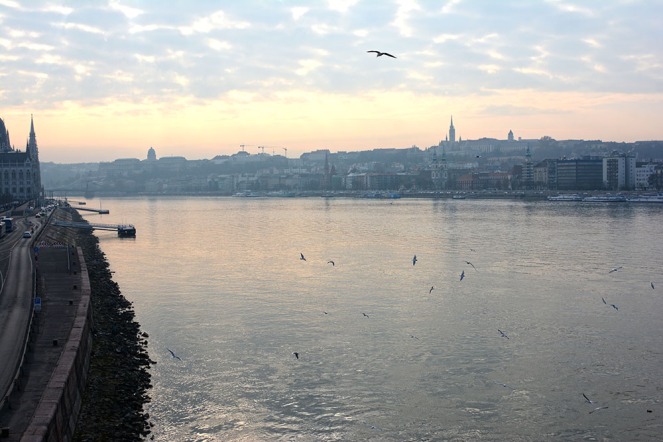 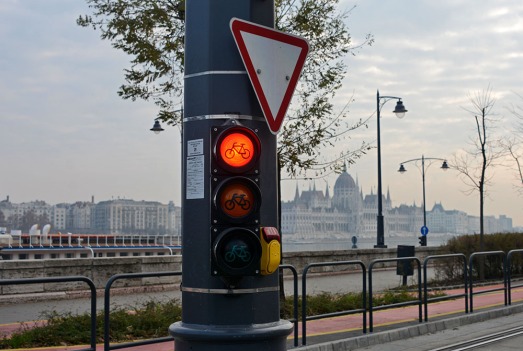 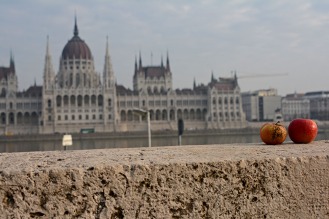 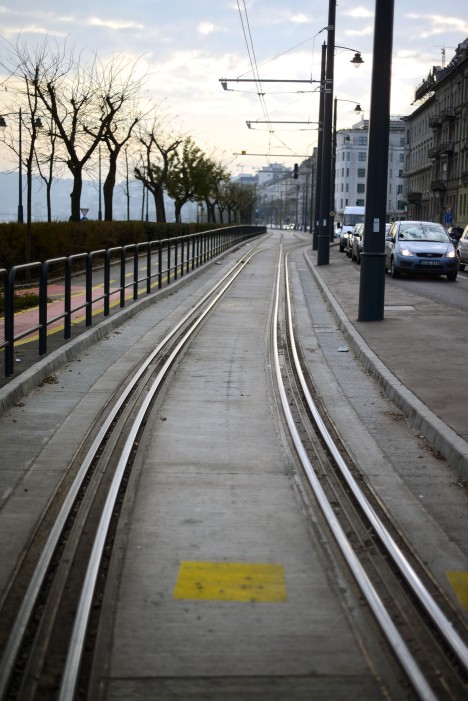 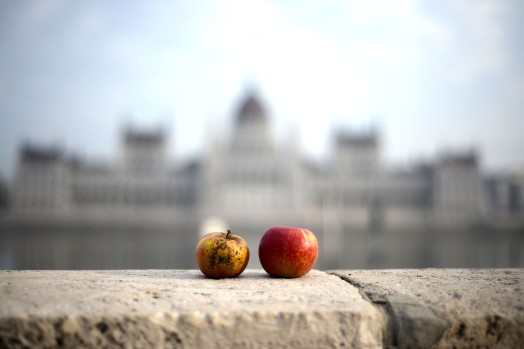