I’ve oft lamented the lack of traditional coffee houses in Budapest- traditional as in actually surviving with an adventure or two since the golden times of imperial coffee consumption. It’s a bit sad to see a city with so much history often loose track of it- shiny new things are great, but sometimes you need old humdrum things to make sense of who you really are. So visiting an establishment like Caffé San Marco in Trieste makes my heart beat just a little bit faster- and not only because of the coffee.  In Budapest it’s not only that the coffee houses of the Empire are gone, but even those surviving from the sixties and seventies are a rarity, as seen from our super pleasant visit to Bambi this summer.

Since the physical locations themselves are gone, along with their stories and the smell of coffee circling around the tables, one might at least try to revive their spirit, and this is what Grand Café Liberté does pretty successfully. I confess to having found the naming a bit smug originally- grand cafés are not born, but made, though then again sometimes great ambitions do yield great results.

For one, it’s decidedly beautiful. Attention is paid to the smallest details- as you can see from the shots below, I was quite enamoured by the glasses, which come to show that one carefully chosen small element can bring the kind of harmony to a space which doesn’t intrude but is very poignantly there. Many similar establishments go out of their way in filling the space with plastic flowers, gilded mirrors and overdecorated walls and when you’re there for a coffee and perhaps a read or a friendly chat, sensory overload is the last thing you really want. My decided impression of course is that the plastic petunias are there mostly for the tourist to snap a lovely shot of their time in Budapest, but on the other hand I happen to live in Budapest with I would say admirable perseverance, and someone should think of me, and my fellow Budapesters too.

Grand Café Liberté scores well here as well, because, besides being pretty, it also allows for you to retreat into peaceful corners where you can be pensive over your coffee relatively undisturbed. Should the weight of the world on your shoulders make you hungry, there are plenty of exciting choices for each meal of the day- for lunch or dinner you can navigate all the way from quinoa to tenderloin. Strangely enough, the one aspect which could be improved from my point of view is the coffee- but it’s more of an ‘it’s not you, it’s me’ type of situation, as I’ve just become horribly spoilt over what coffee I like. And in spite of that, I still enjoy the place aplenty. It’s similar to that love of the old mentioned above- some things are near perfect, and yet you like them all the more because there’s a small crack in them too. 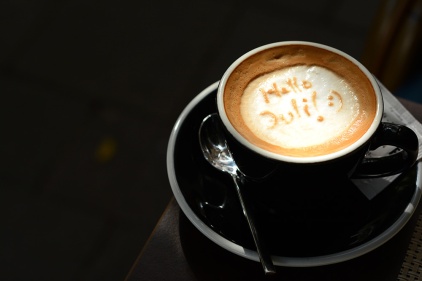 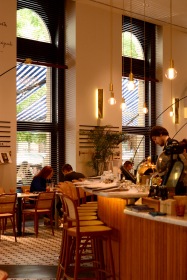 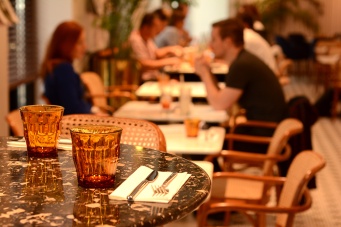 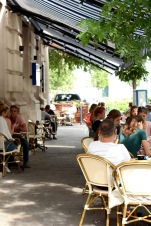