Skip to content
Two weeks after the Colectiv club fire, here came another Saturday when I went to a concert in the aftermath of a tragedy. As I was waiting in the hull of A38 to hand in my coat, I could not help but notice the last band on this month’s schedule: Eagles of Death Metal, sold out. Only they won’t continue their tour after what happened at the Bataclan, and that’s completely understandable.
What isn’t completely understandable to me is some people’s reaction of don’t you ever go to a concert again, look how dangerous it is. Concerts aren’t dangerous, irresponsible and evil men are. If we give in and live in fear, they win, and we can’t let that happen. Music, and live music in particular, is about communication, and understanding, about people finding a common language that goes beyond the surface, beyond what is seemingly dividing them.
I couldn’t even claim to be a great connoisseur of any of the acts that played on Saturday in A38, but I went nevertheless, because I wanted to indulge in something slightly different, something outside my usual comfort zone and  just listen to some music. It’s such a simple thing that can work wonders.

I had actually never listened to Grooms before, not  even once, they were a bit the ’opening act to drink beers to until the bar is mostly empty’ but I ended up being quite absorbed and forgetting about the beverage altogether- they don’t even have a proper Wikipedia entry, so there, a pretty good name to throw around when you want to flash your musical knowledge.
A Place to Bury Strangers are a slightly different matter, they’re the kind of noise rock band that occasionally has a song or two seep through into the half mainstream, and also a cohort of die hard fans who dove into the merch section like vultures having found rare and exquisite morsels. As a generally irrelevant piece of information, APTBS love to play in the dark, interspersed with the occasional killer strobe, so for the first three or so songs of the set I kept seeing the classical Boromir meme with ’one does not simply shoot APTBS’ added to it.
In the end I just let go and joined in the wall of sound, which was intense, distorted but also strangely melodic at times. The final song of the show was played by the band from the back of the boat, creating some confusion among the crowd (and blocking Its Holiness, the bar), and, though it was definitely intriguing, felt a bit like an anticlimax.
My grand objection to Chelsea Wolfe will sound somewhat silly and weak minded, and I would apologize for it if I thought myself unfit for the two previously mentioned adjectives, but I am not: so here it goes, the lady is lovely, but her songs have no chorus. And I love a good chorus.  I must have it in order to feel truly happy.
Chelsea is of course a bit too gothic and pensive to want us to be truly happy, and maybe this Saturday was a day when you couldn’t have been happy no matter what, but even really sad songs occasionally veer into a chorus, maybe a sad one, but a chorus nevertheless. There’s undeniably atmosphere in her music, and feelings too, but they just fail to take flight in the end- they hover somewhere close to the ground. Yet in such a dark November maybe that’s how things are supposed to be after all. 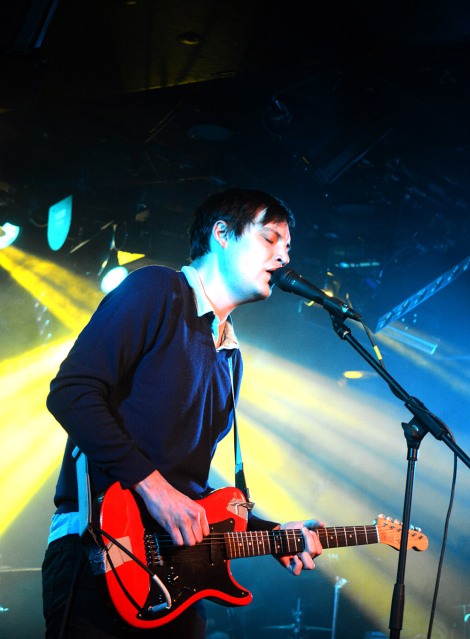 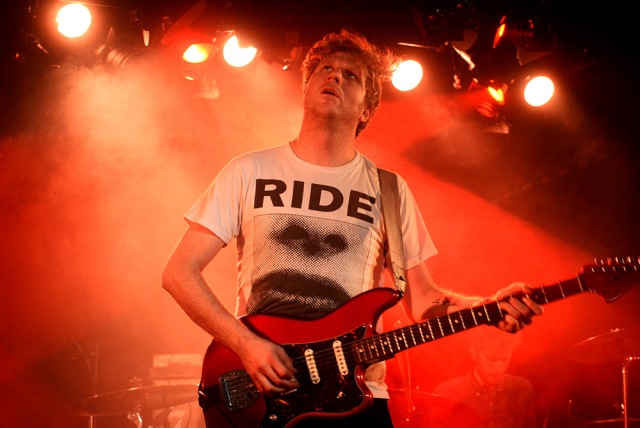 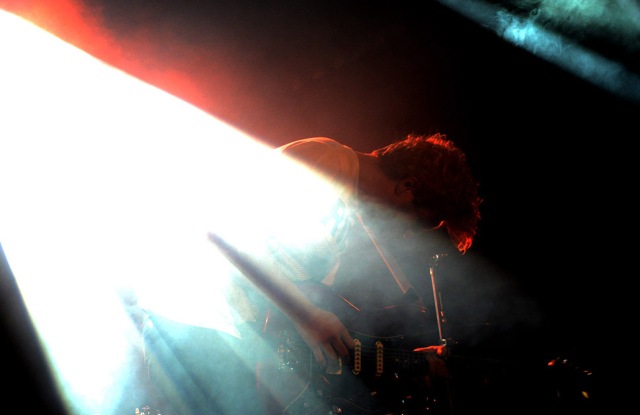 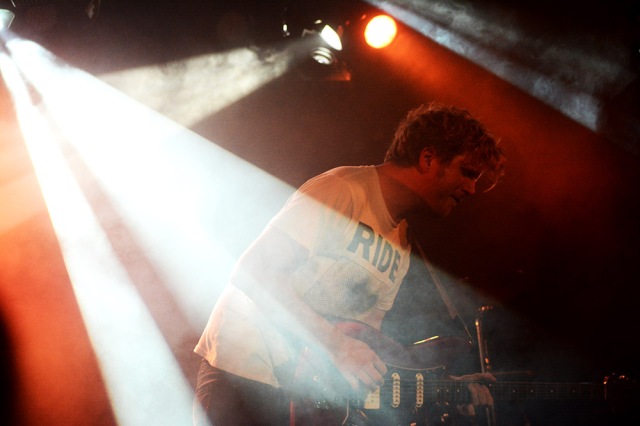 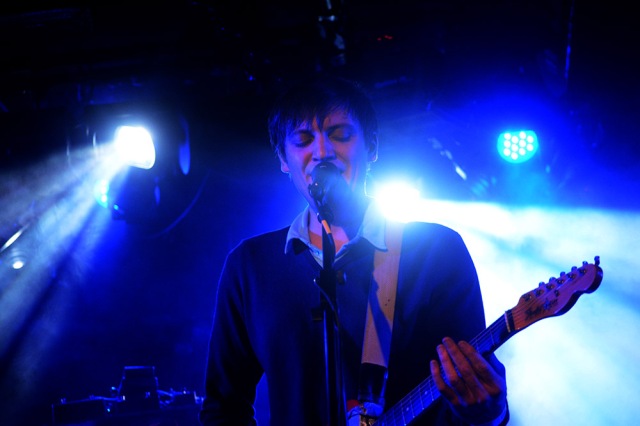 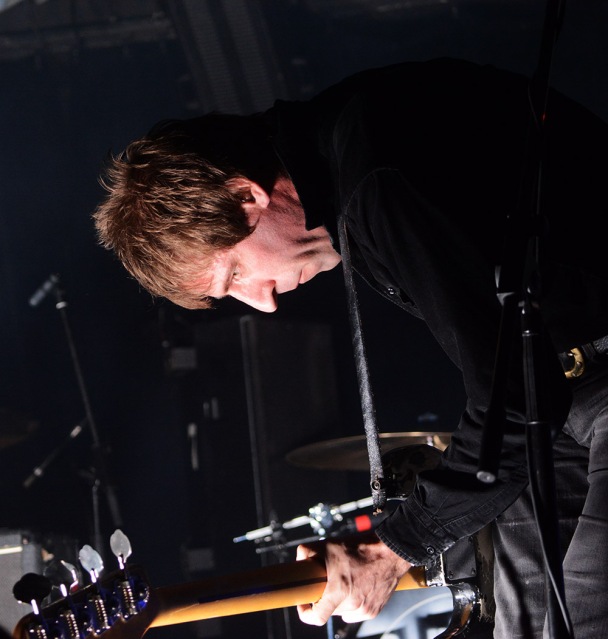 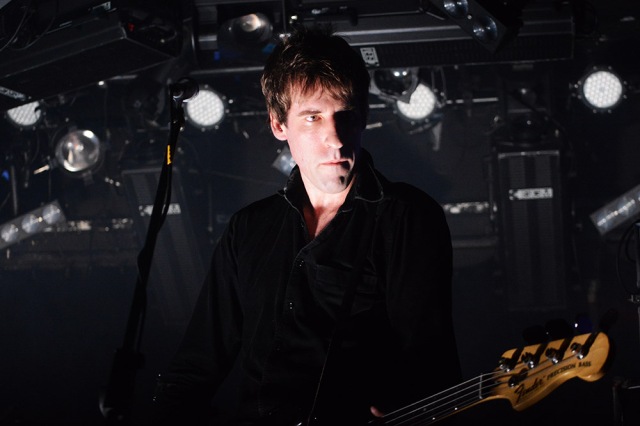 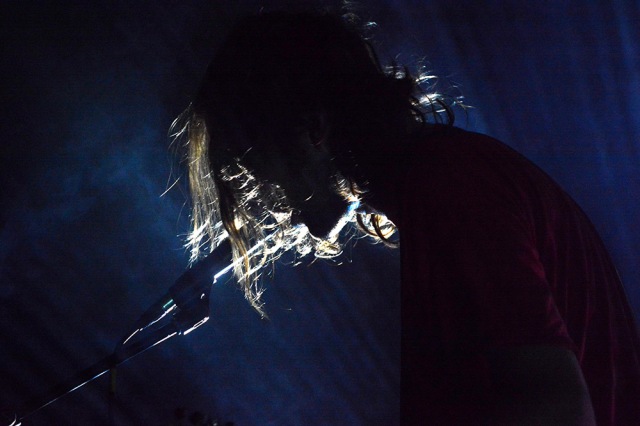 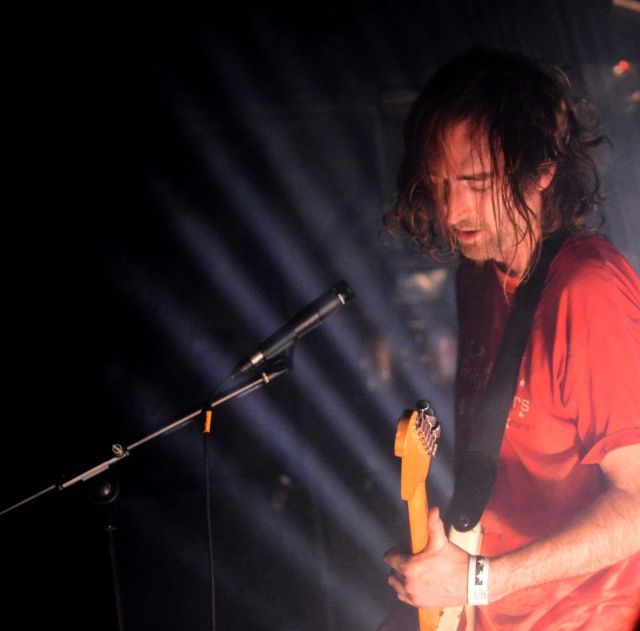 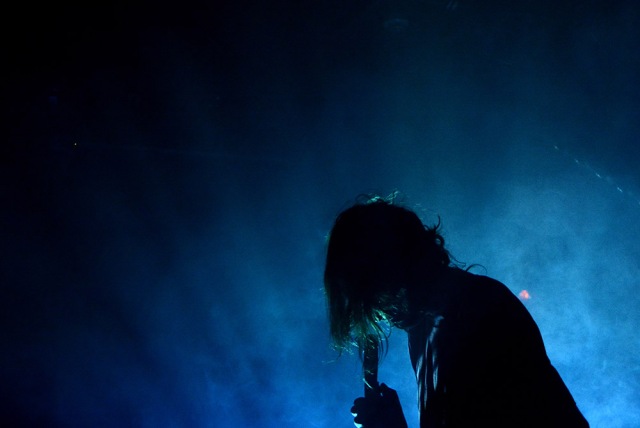 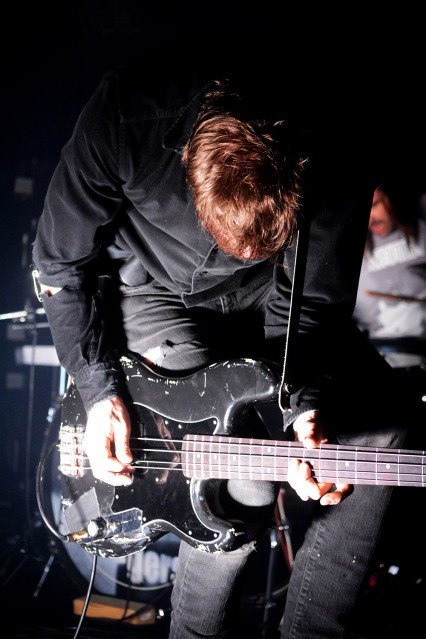 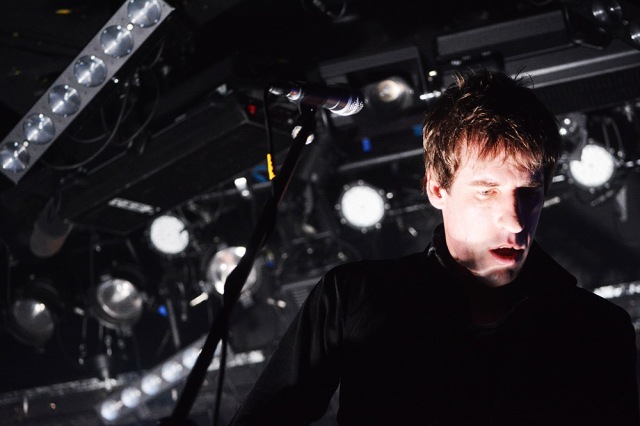 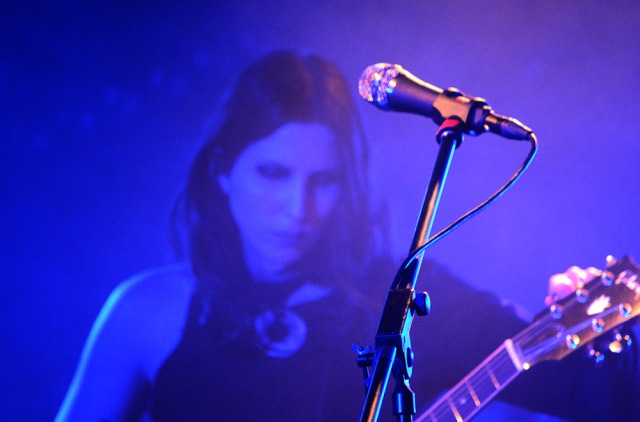 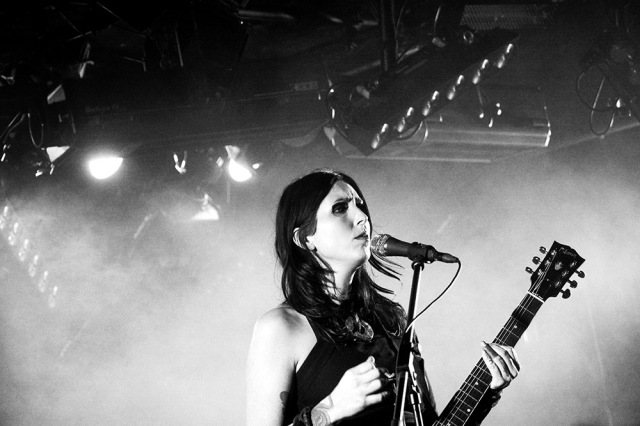 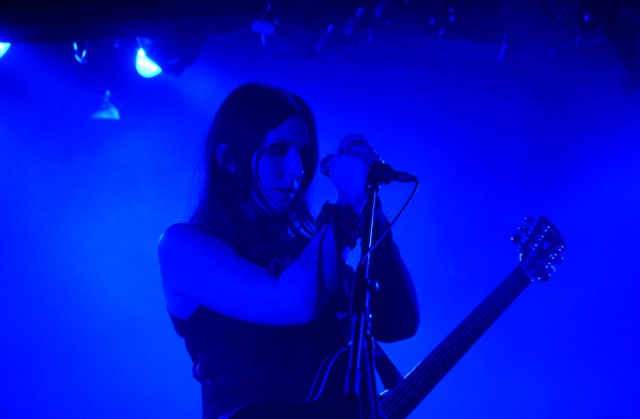 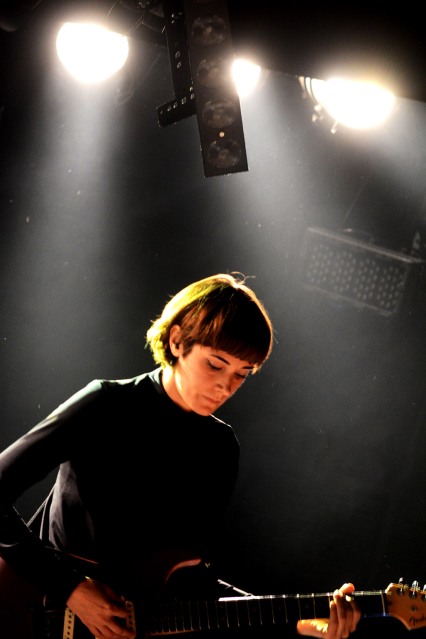 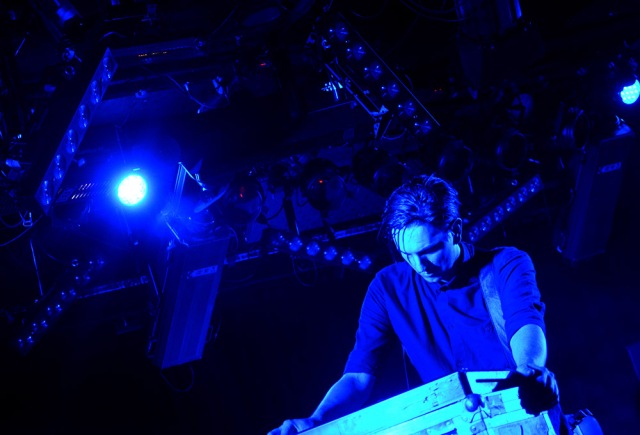 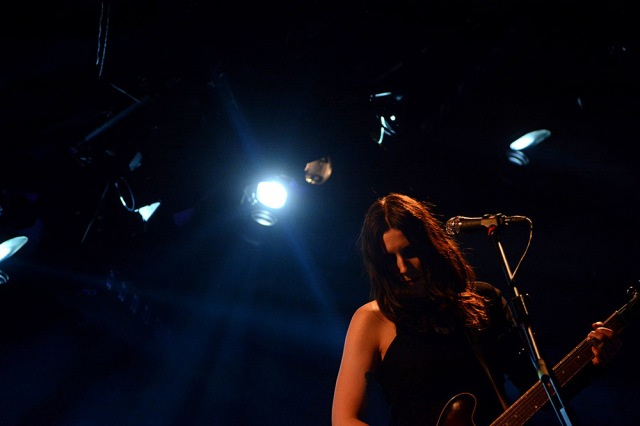 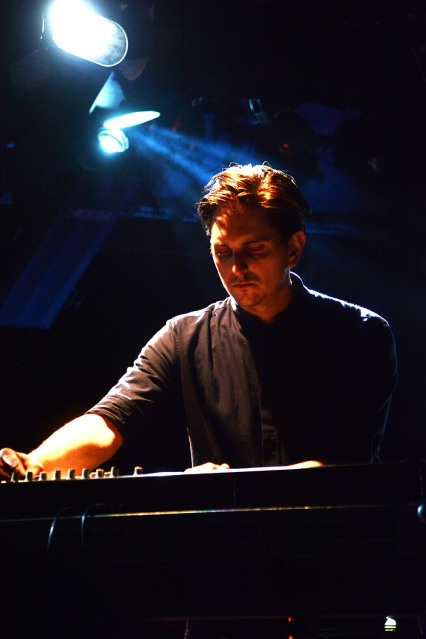 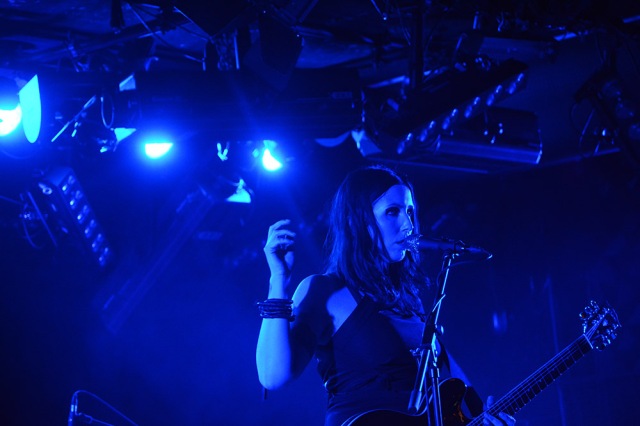