Skip to content
The advantage of taking a male photographer to the concert of a chanson singer in a tight black dress is that you don’t really have to move a finger to have hundreds of pictures. The disadvantage is that you have to go through all of them and check which one is best.
We have to confess to not having known much about Élodie further to the little black dress (how very French of her), but her Wikipedia entry reveals the fact that she won an edition of the French Star Academy and has been releasing albums at a steady rate ever since. These albums will definitely not change the world, not even the world of music, or that of French music in particular, but prove to be entertaining enough for a pleasant evening on A38.
We do further appreciate the fact that she danced quite intensively on dangerously high heels for most of the evening- and then gingerly admitted they were killing her, and went on without them for the rest of it. For this feat Élodie and the band were rewarded with a few shots of tequila by some of their more enthusiastic fans, who managed to balance the items all the way to the front row- life on A38 is all about equilibrium, no matter how inebriated you are.
As one might have noticed from the above paragraph- she of course had a band as well, which often goes unnoticed with solo artists- and sometimes with actual bands too, if the lead is charming enough to greedily get all the attention.  So to the defense of her band, they weren’t half bad, particularly the badass bass guitar player, whose skills with the instrument were matched by her splendid red velvet pants- of which you can get a glimpse below. 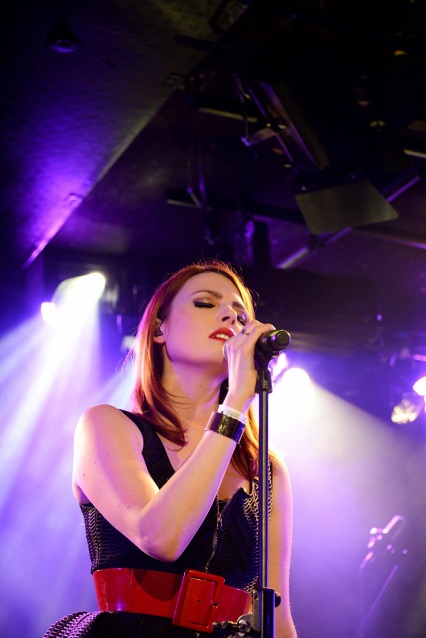 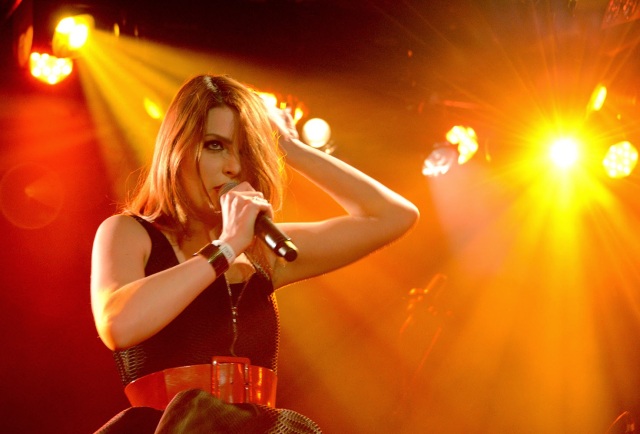 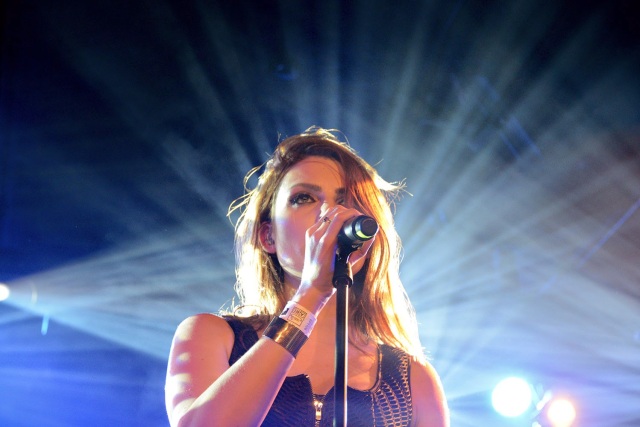 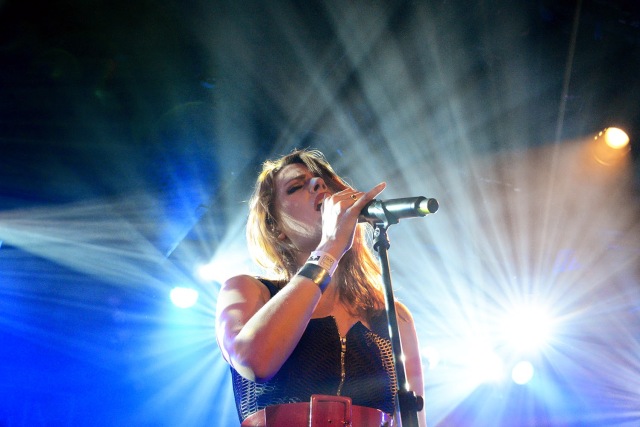 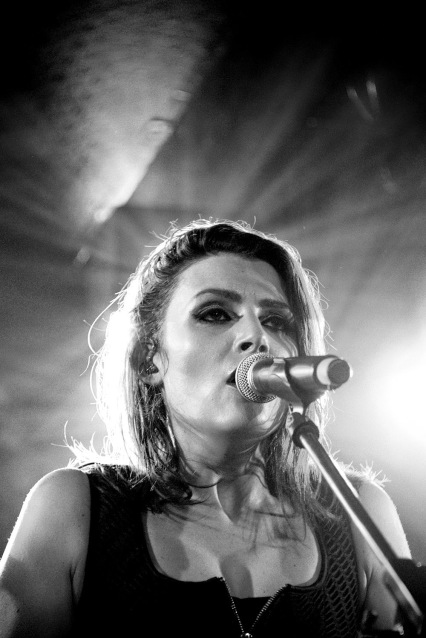 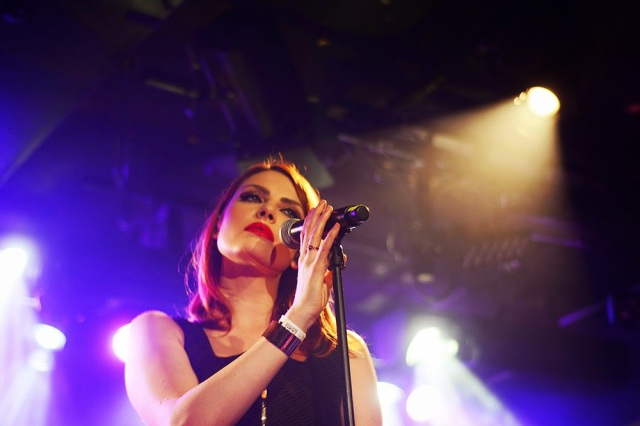 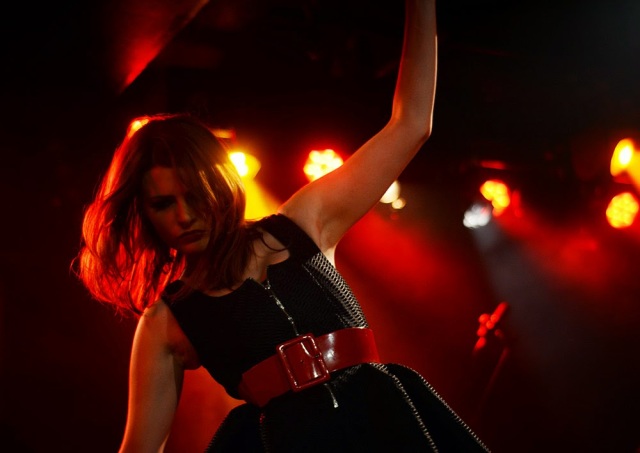 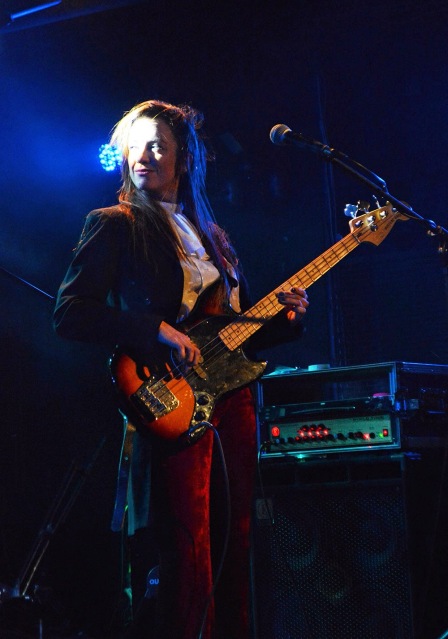 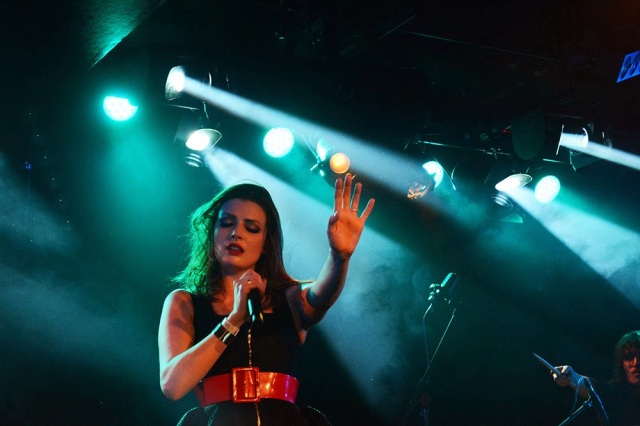 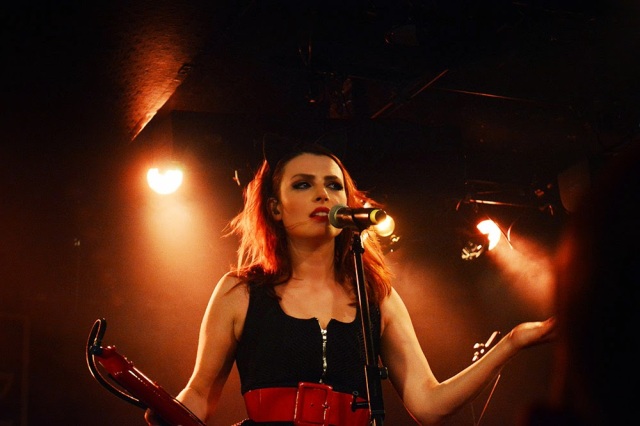 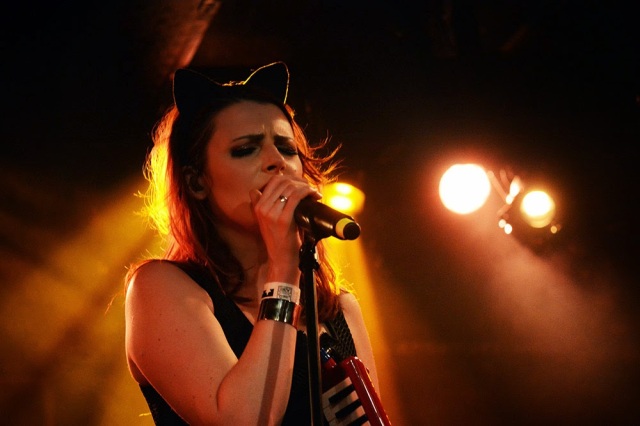