Skip to content
Brendan Behan claimed that the Irish do not have a nationality, but a psychosis, which might be correct- and it might also be contagious. No other nation in the world, particularly not a relatively tiny one, with 6 million people stranded on a remote island, could generate such a commotion in a Central European capital thousands of miles away from said island.

The crowds are larger every year, to the confusion and merriment of passers by- and not so much merriment for the folks stuck in their cars on Andrássy avenue as the long orange-white-green snake slowly crawled away towards Instant. Two little old ladies were so taken aback by the sight that they insisted this must be a political party, albeit they had no idea which one it could be, since the Irish colours are most contradicting if one takes into account the local political spectrum.

As a side note, each year the weather is forecast to be horrible to near apocalyptic and then it turns out just fine. Luck of the Irish, one could say. 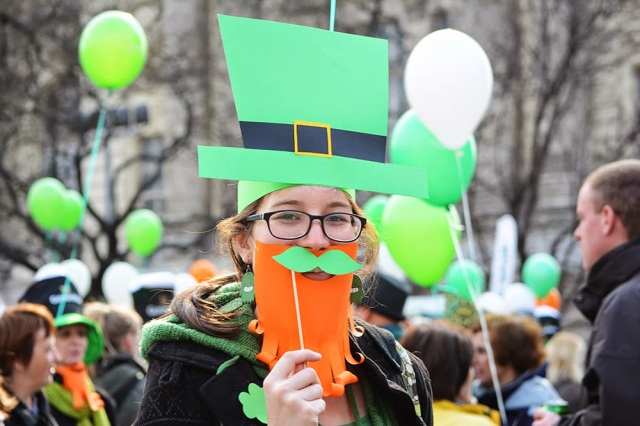 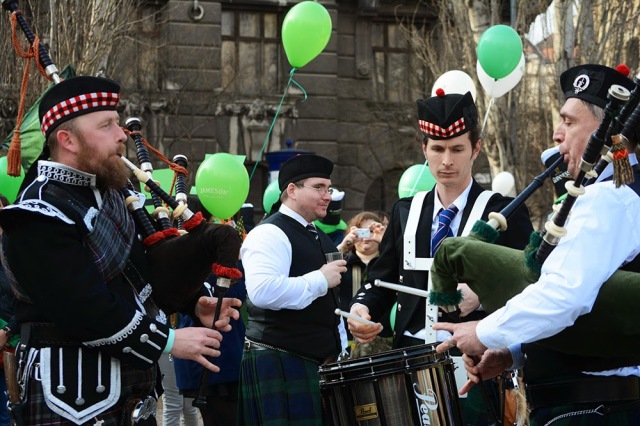 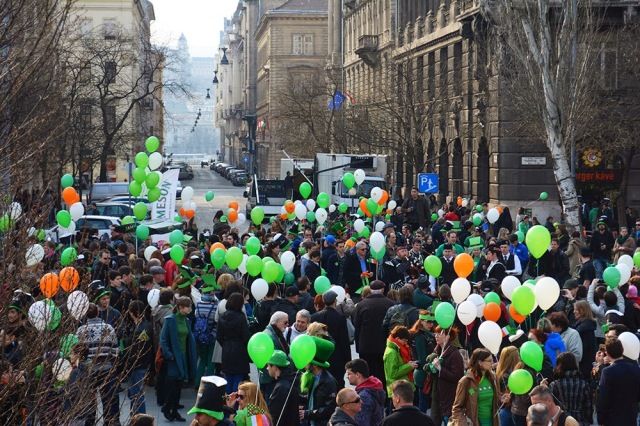 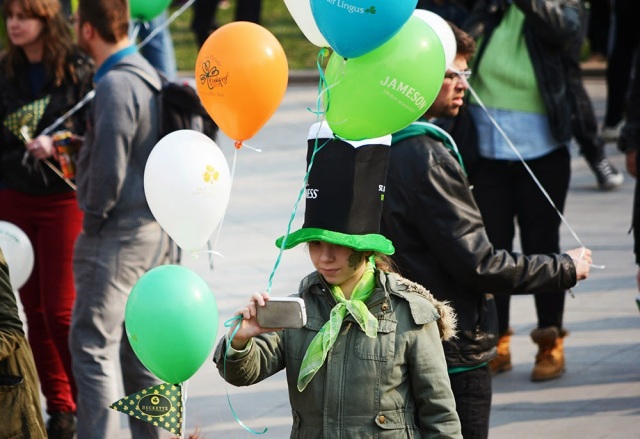 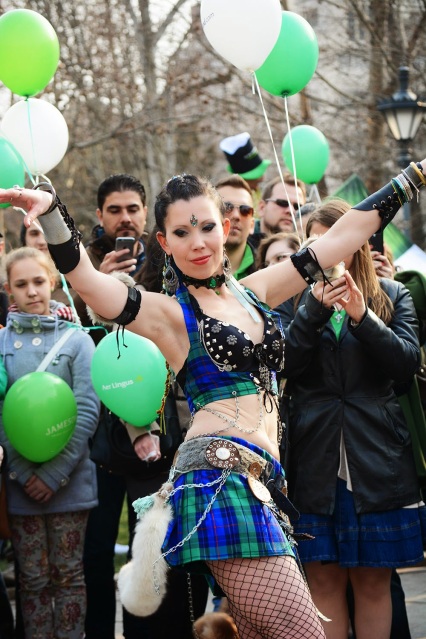 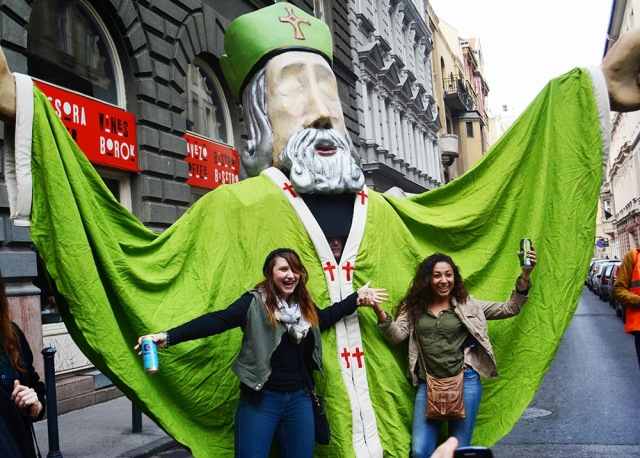