We may have reached some sort of turning point in the crisis. After about two months of fruitless quests, my favourite hand sanitizer is back on the shelves, albeit only the purple orchid scented version, not the flamingo one. It’s not flamingo scented, of course (I wonder what that would be like, salt marshes and guano don’t sound like the best idea), but since it’s no longer available I can’t even tell what random tropical flower it smelled like. I just liked it. Our current world order has however taught me not to dwell on such minor details, I just grabbed one- yes, one, I still refuse to panic buy anything- of the purple orchid sanitizers and floated towards the cash desk on a pink cloud of joy. Halfway there I was confronted with the sight of a covidiot. The lady had sashayed into the store in a light summer dress and holding a puny Saint Laurent bag, but sadly without a face mask. Let’s say she didn’t have one- though why wouldn’t you, when it is compulsory in shops and on public transportation, the cashiers were inclined to accept that she has an emergency and could do some quick shopping for tampons or toilet paper. They told her as much, yet, armed with a beatific dumb smile, she continued to inspect the vitamin supplements like someone who has all the time in the world and the afterlife. I believe that in her case nothing will help, for she is the virus herself, and these days we somewhat traumatically realise how much we depend on those around us not being the virus, but the solution against it.

I am not saying it’s always easy. I withdraw my hand in panic as I am about to calm that itch on the side of my nose. I consider shaving my head like a Buddhist nun when my long hair randomly but unavoidably lands in my eyes. I force myself not to play with my phone as I walk so as not accidentally run into anyone. It dawns on me how we should always keep this rule in mind, because it’s simple common sense.  I try to keep that one metre distance in queues- this one seems to be the bigger challenge for most of the covidiot population, and should you point this out, they are often irritated by your paranoia. While standing in line for ice cream (Gelato Rosa by the Basilica is open, serving one customer or small family group at a time) I participated in that silly choreography where I would take one step to the left, and the guy closest to me in the queue would follow suit, completely oblivious to the fact that I was aiming for that magical one metre cushion. On the upside, back in ‘the old normal’ I would have been pedantically judgmental of him for how he criminally mispronounced gianduja and had no idea what it was. Now my dislike was fueled by things that matter.

These unavoidable adventures were however dwarfed by the context of an absolutely glorious May Day weekend when we decided to take a well calculated walk each day, strictly avoiding public transportation- I am slowly starting to feel that my first metro ride after several months will probably be equally blissful and traumatic. We went for all the classical touristy places fueled by a curiosity of how they look like without the barbarian hordes. In my case, I was secretly also hoping to rediscover something of the probably idealised first impression the city made on me when we visited it with my father for my university entrance exams. In my memories it is perhaps a bit shabbier than today, its colours faded by the cruel onslaught of time, but spacious and welcoming- and scarcely populated. I clearly remember walking down Üllői út and Krisztina körút, and up to the castle, and hardly meeting anyone, the Fisherman’s bastion waiting lonely against the evening sky, a few people idling around and taking modest interest in the souvenir coin machine. I wondered if I could recapture anything of that feeling. And I did. In technicolor.

I have never ever seen Budapest’s skies this blue, its horizon this wide. From the top of Gellért Hill, to the soundtrack of several boomboxes blasting a mash up of oldies and trance (people do miss their live music, I miss it too, though perhaps not these two particular genres) I could clearly inspect the outlines of the new Puskás Ferenc stadium, orphaned of this summer’s European Championship. I felt orphaned of it too (I have never in my life felt a more burning desire to watch Portugal play just about anybody as I do now), but also grateful for the opportunity of this view. And it’s not just the aquamarine skies and sharp panoramas- though I pride myself with paying attention to architecture, I never noticed so many details on buildings as I do now. It’s as if, not having to pay attention to the bustle of the crowd, I have the urge to look up, and look better (strictly not running into any other accidental tourists, of course). 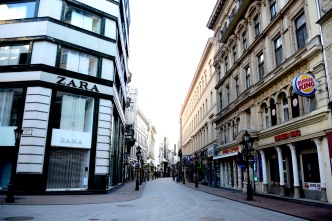 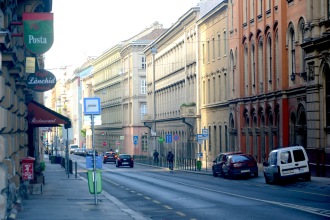 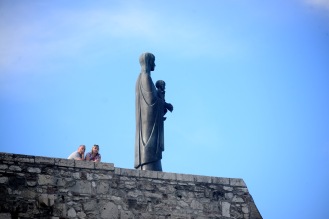 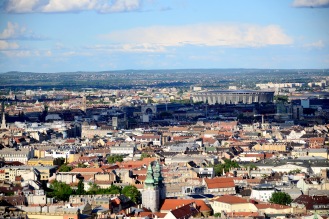 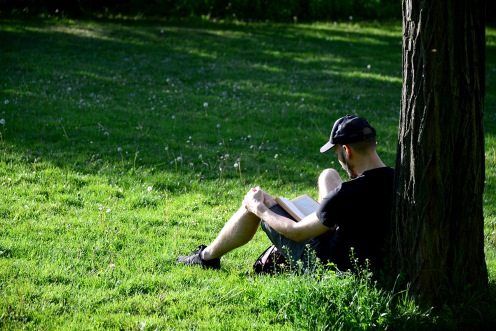 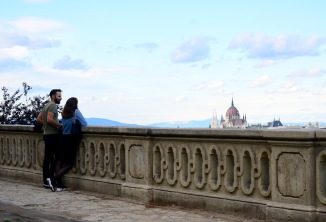 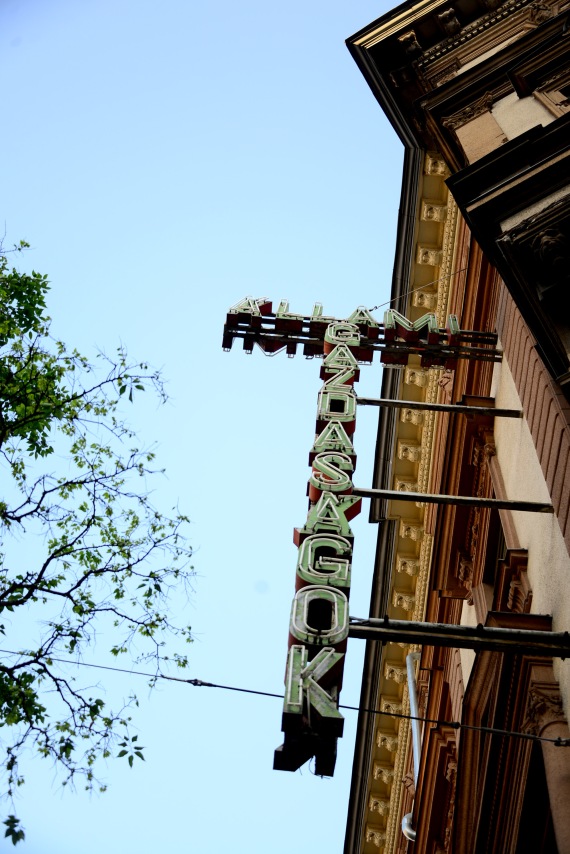 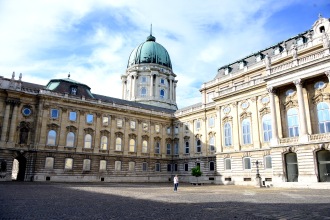 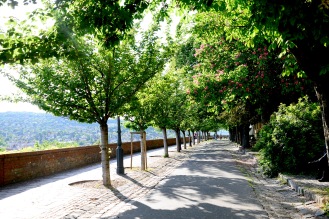 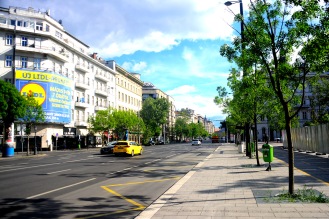 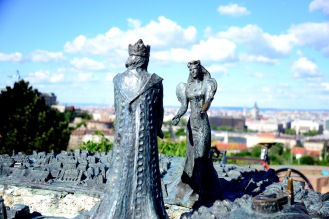 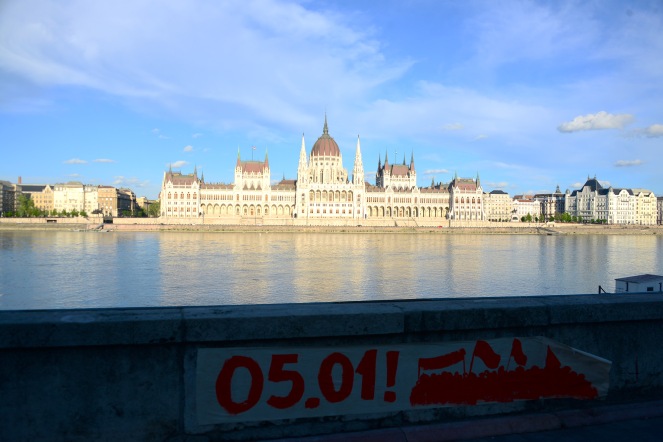 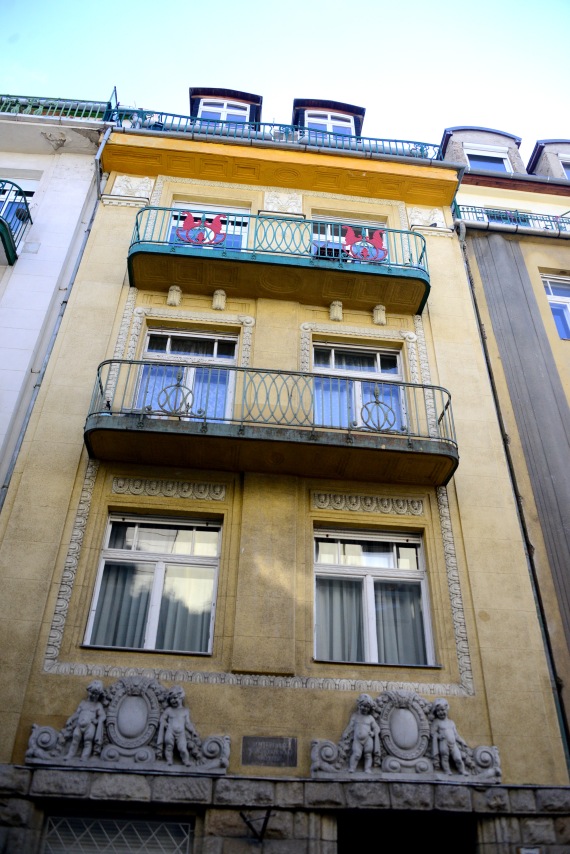 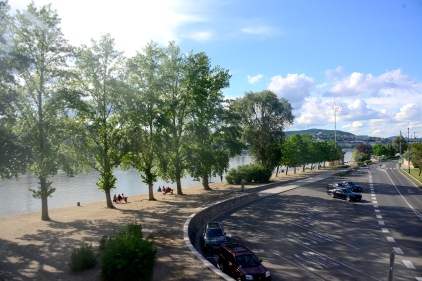 We crossed the tunnel near the Chain Bridge, its air finally breathable, polite bikers honking past us. We visited Atatürk’s bust, which shares a leafy park near Dezső street, intriguingly enough, with a Pom Pom themed playground and I remembered the many times I tried to explain the concept of Lesből támadó ruhaszárító kőtél (The Ambushing Clothes Drying Line) to foreigners. We walked past Mediterranean looking architecture, climbed up Gellért Hill ‘on the back road’ discovering another Genoese looking fever dream, the Hegedűs villa, and taking in the scent of the last fading lilacs.  In the castle, we strolled on the Tóth Árpád alley, soothingly free of both tantalizingly photogenic pink blooms and instagrammers. Nearby, a disciplined queue was making slow progress in front of the Ruszwurm cake shop.  We weren’t completely alone, but the amount of people was, for lack of a better word, comfortable. As extremely few of the usual amenities, bars, restaurants, souvenir stalls were open, everyone seemed to take their time, walking unhurriedly, inspecting the architecture or even the random plant or perhaps animal.

Speaking of animals: a couple of weeks ago we’d noticed a shape athletically swimming upstream by Margaret Island, and wondered ever since whether it had been a beaver or an otter. The good people of the Internet, challenged with an Instagram poll, had voted for the otter, since the good people of the Internet worship water sausages, but we now have evidence that the swimming champion must have been a beaver, as another specimen (or perhaps the same Danubian beaver superstar) was caught on camera ceremoniously cleaning itself on a rock, and the blog’s industrious co-photographer declared that beavers should be called water potatoes. (For Hungarians readers, you shall not be spared the dad joke of, well, a dad, who, while taking pictures of the carefree beaver had to remark that ‘a hód ignorálja hódolóit.’ Én kérek elnézést.)

I’d recently read an article (and duly forgot where) about how Paris, devoid of tourists, and in spite of the quarantine, which was much stricter than in Hungary, has finally been returned to the Parisians. I try to take such exalted, cabin fever fueled feelings with a pinch of salt, but I cannot deny that there is some truth in them. I don’t necessarily feel that the city has been given back to us- the city needs its cafés, pubs, restaurants, theatres, cinemas, museums, baths to be open and bustling with life to be truly itself. But we may have gotten to know each other better, the way you discover unexpected things when you live through crises with someone dear to you. I set a goal for myself to travel somewhere each year for my birthday, to make it memorable. This year I traveled all the three kilometres that separate me from the banks of the Danube, and the swirls of fine sand lifted by the mad April wind on the empty promenade are a sight I will definitely never forget. 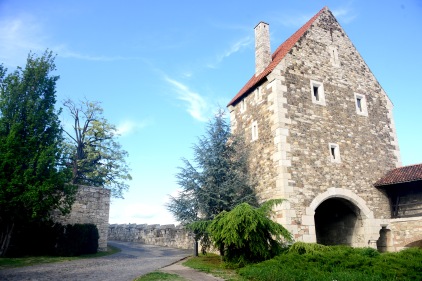 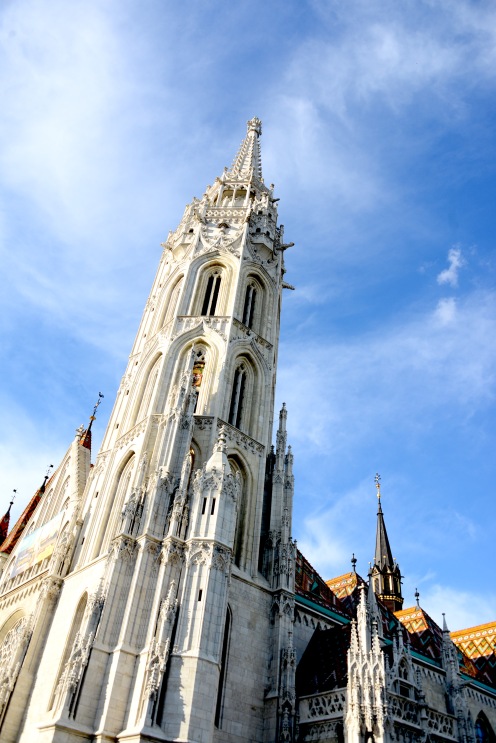 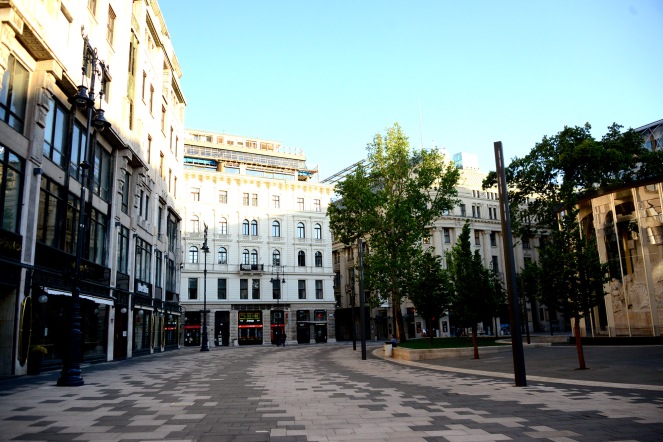 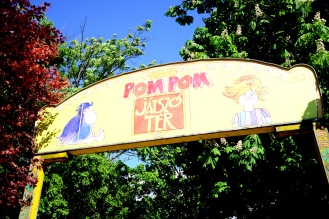 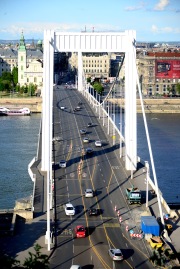 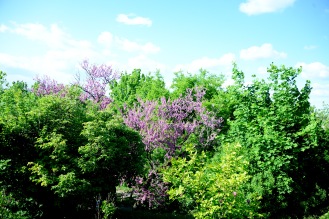 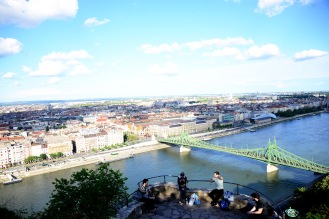 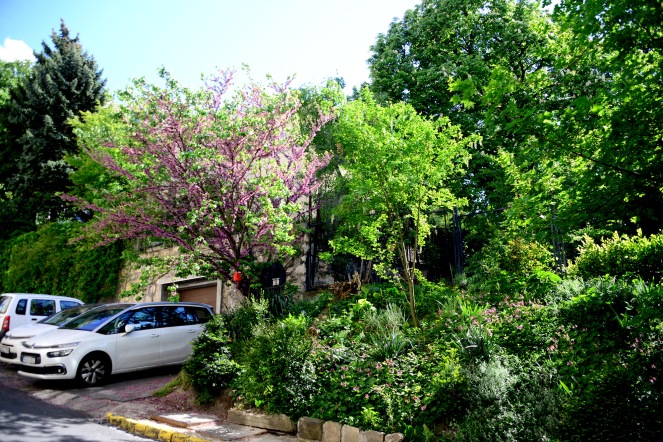 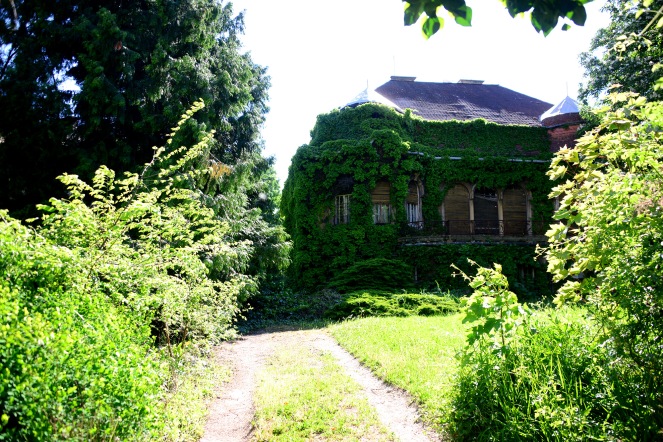 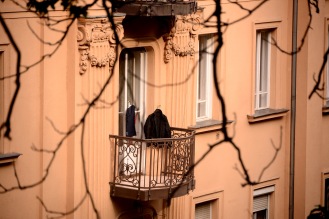 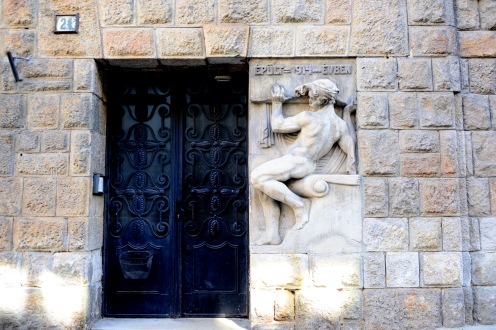 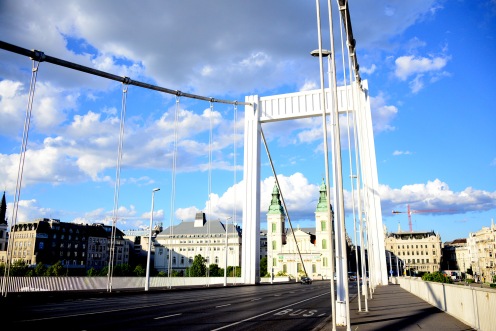 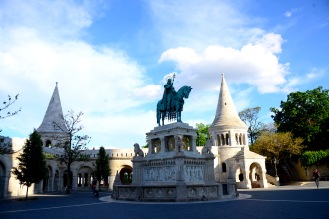