It’s been a strange and somewhat unwelcome Sziget tradition, but the rain insists to come on the last day of the festival and insists to do so in the manner rain generally prefers in summer time, in the form of the mother of all storms. As with any form of extreme weather, even such a predictable one (also, snow in winter), it invariably catches people unprepared and leaves them incredulous, baffled and miserable. It was thus perfectly in tone that we would spend the early afternoon, enveloped in still scorching and resplendent sunshine, ogling our weather apps and predicting that the little red dot on the radar would be blown westwards towards Vienna, which, since it’s the best and most livable city in the world can easily cope with the whimsies of the weather as well. All of this was done instead of wisely purchasing those just in case raincoats, which then ran out within minutes of the Apocalypse commencing.

Before the Apocalypse, though, there was Gogol Bordello and the best thing about Gogol Bordello is that no matter how many times you see them, they’re still always sublimely raucous and entertaining, with Eugene Hutz seemingly becoming lither as he ages, perhaps due to his regimen of wine and breaking wine glasses and bottles, which thus covers both nutrition and workout chapters. Their punky mongrel music is also perfectly in line with Sziget’s message of love and acceptance and they work perfectly in the earlier hours which prove so tricky for most bands- I thus suggest that THE Gogol Bordello concert become a Sziget staple and we all accept Eugene Hutz as our inebriated lord and savior who drinks all the wine so we don’t have to.

Naturally, as soon as our inebriated lord and saviour left the stage, ominous black clouds gathered over the horizon and the dust started to swirl around making the air vibrate in hot yellow tones. My main, and predictably weak-minded, problem at this point was that I was still missing some stamps from my passport so I initiated mission Island Storm to gather the last three, which included cheating my way through tasks at the XS Island and cajoling a volunteer to give me a stamp that might not have been the matching one, with the motto that the end is nigh and no one will care. And indeed, they didn’t, as the storm closed the Sziget Immigration Centre (aka the only pleasant immigration centre in the universe) and I was left with a full set of stamps, but no official means to acknowledge it. My heart is still bleeding but the lesson (not) learned is that you always need to start early with every task and karma does bite you in the bottom if you tempt it too many times.

The next chapter of my day proved to be even more painful, as I sought refuge in the A38 tent, by then packed to the brim with people trying to escape the rain of judgement. Little did I know that the next act on the schedule were Nothing but Thieves, forced to cancel last year due to their lead singer having a small bit of a knife fly straight into his eye in the run up to the concert. Their only saving grace would have been to rename the band Anything but Knives, but they didn’t, so I soldiered on for a couple of songs, of which a few riffs seemed almost pleasant, probably a case of musical Stockholm syndrome.

With the rain having settled a little I made my way to the Main Stage, where Blossoms were doing their utter best to entertain a scarce crowd of Arctic Monkeys fans in the early stages of pneumonia. This baton was later taken over by The War on Drugs, with both bands being fairly brilliant if circumstances were considered. The War on Drugs are to some extent the perfect rainy-day band, so those people who were wise enough to procure weather compliant clothing on time came back with rave reviews of how atmospheric the proceedings were.

The rain, sensing strange vibrations in the air, perhaps the first tingles of an Alex Turner lyrical observation just being born above the backstage refreshments and canapés, suddenly ceased and the space in front of the Main Stage became swarmed with people resurfacing from their hiding places of choice. There was quite a lot of expectation awaiting this Arctic Monkeys set, with many fans still bitter over what they felt had been a nervy and disjointed VOLT concert. It’s as if the Monkeys owed Hungary a good one. Most bands would have probably felt the pressure, and tried to comply, but then they would not have been the Arctic Monkeys- or as they recently prefer to be called, just Monkeys, as Alex seems to be going through a reflexive, look at all those silly things I’ve done in my infantile folly phase.

The whole point to the Arctic Monkeys is that they never seemed to care all that much, they’re just out there making the music they currently feel like making, which also seems to be the kind of music instinctively tapping into the zeitgeist without necessarily trying to. Indie bands that were born in the early noughties frenzy can be now divided into roughly three categories: the ones we have forgotten, the ones that keep repeating themselves, and Arctic Monkeys. Therefore all they did was excel at being themselves: Alex sufficiently rambling, mumbling and under the influence of something, the rest of the band hardly even acknowledging the presence of a crowd, with the occasional hint that they fully register the silliness of the ‘rock band delivering a blast’ situation, they just played a killer collection of songs, as any collection of their songs is wont to be, and then left. Twenty minutes past the official 11 PM curfew, as befitting a band who don’t like to play by your rules.

PS: I really wanted to end the piece proper with the Monkeys, but we did make it to two gigs after their headline set: first Baba Zula at the World Music stage, who were about halfway into a middle of the crowd jam session when we arrived. They would have been a tremendous psychedelic outro to the festival, but for reasons which included peer pressure and the desire to hit the bar one last time, we also made it to Gorgon City playing in the slot which would have been Fever Ray’s but, unfortunately, she was forced to cancel last minute due to sudden illness. Gorgon City, needless to say, were not even remotely up to the task of filling her shoes but provided a decent enough background noise for that last round to the bar. When the dead tired and sad eyed waitress informed us that, in the very land that gave the blessed elixir to the world, they had run out of Unicum it became clear that it’s time for us to sail away and say our goodbyes until we meet again, namely, August 7 to 14, 2019, with a first headliner to be announced as early as this September. 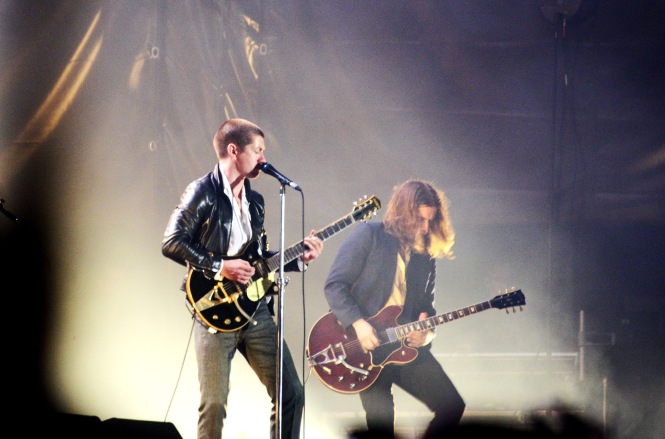 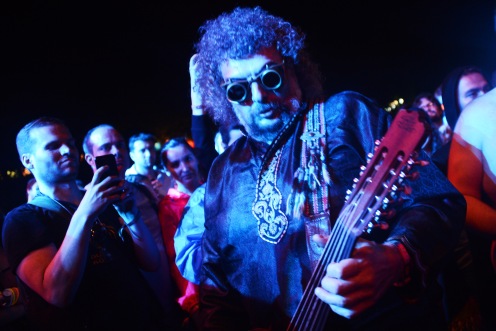 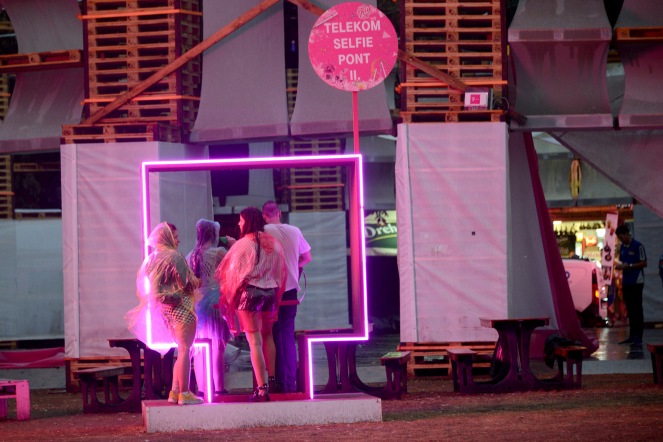 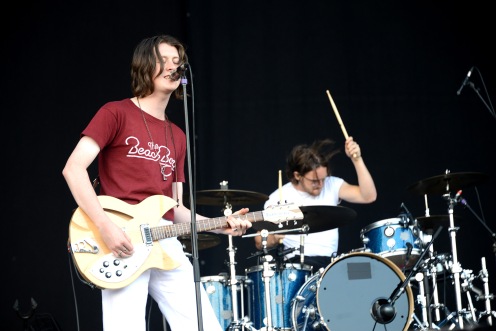 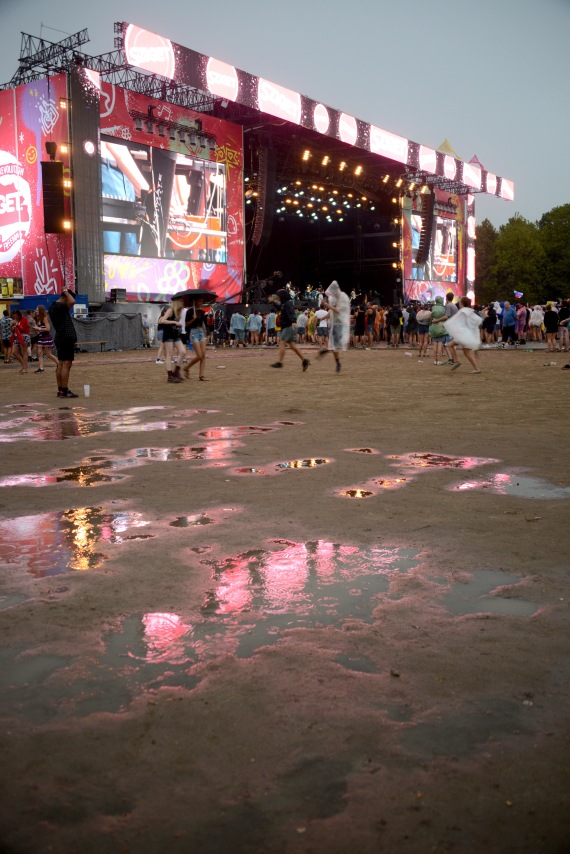 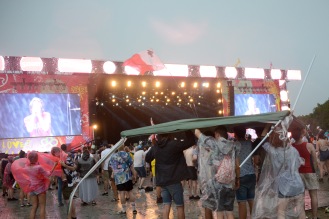 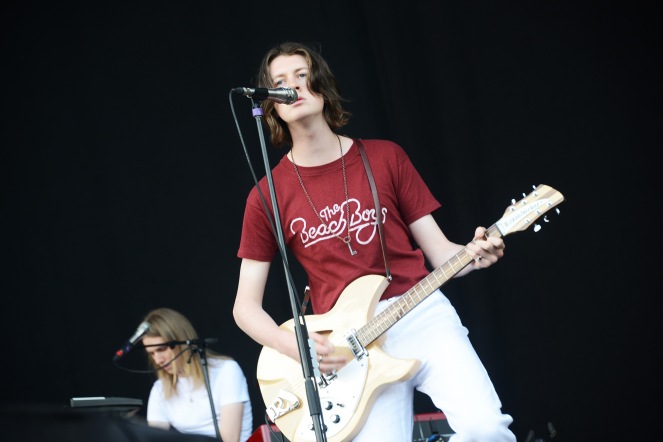