In the past years I have occasionally complained to whoever was willing to listen (or not, it was not really their choice) that I miss visiting the El Grecos in the Museum of Fine Arts. The El Grecos, mind you, have not made any grand escape, it’s simply that the museum is closed for restoration, a state of existence I accept on a rational level, but rebel against when it comes to the simple fact that I just need to look at those El Grecos every now and then to make sure that the universe is still in tune.

It thus made me particularly happy to find out that the museum will reopen on October 31st, although I am a bit concerned about the fact that they might have moved the El Grecos to a different hall which will deeply impact the tissue of the universe and the way it is in tune, but I will panic about that more thoroughly once the time comes.

For now, the museum has temporarily opened the Romanesque Hall, which can be visited for free until April 2nd, daily from 10 AM to 5 PM. The hall, which is one the most ornate in the entire building has a strange story. It was decorated, alongside the rest of the ground floors halls from 1900 to 1906, with the purpose of housing replicas that would present the history of sculpture and its different ages and styles. The Romanesque Hall hosted medieval sculpture, and its lush decorations were the work of painters Károly Miksa Reismann and János Glaser.

The hall was however damaged during WWII, when its ceiling windows caved in an exposed it to the elements. Plans were made to restore it to its former glory, but they kept being postponed, and the space was used as a warehouse for 70 years. Work was finally begun in 2016 and finalized by the summer of 2017 and as a preamble of this autumn’s opening, visitors can now revel in its wealth of decorative details, with elements drawn from heraldry, Hungarian history and Christian iconography. 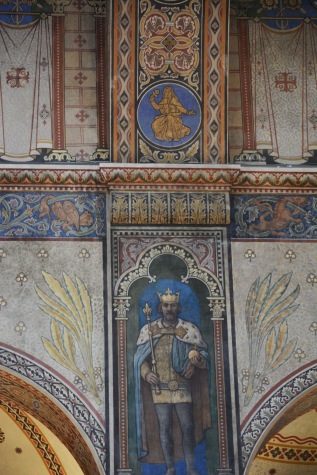 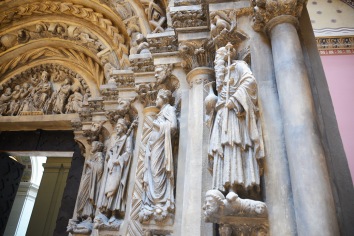 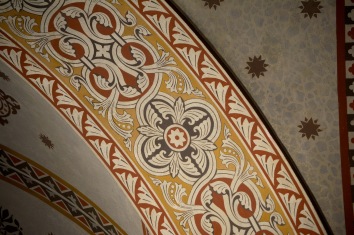 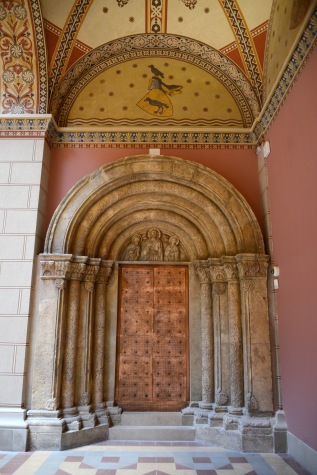 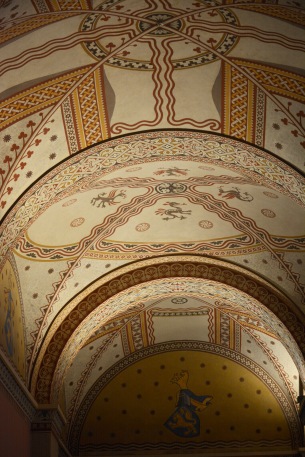 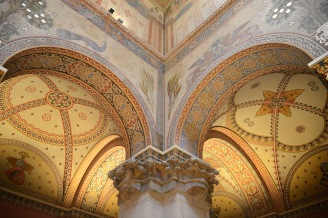 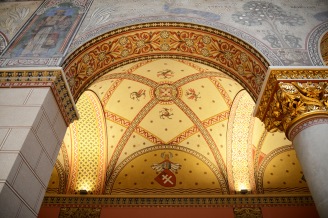 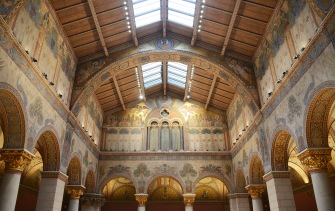 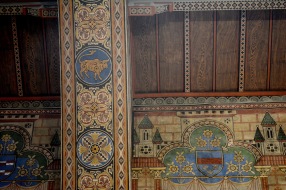