Concert etiquette, like most decent human interaction, needn’t be a difficult thing. There are no tips and tricks on how to get it right, no blurred lines between what’s alright and what isn’t. If you are a pest to those around you, and your presence hinders them from enjoying the show, you have failed. If you are a pest to the people on stage as well, then you have failed spectacularly. If they warn you, and you keep on being a pest, there is most likely a very special hot cauldron in hell waiting for you, and you deserve it.

So, when after about three friendly and polite warnings (possibly the root of the problem, the ladies did not understand that people can be nice when asking you to stop being a jerk) Obaro Ejimiwe, better known as Ghostpoet, walked off stage mid-song, it felt like a very necessary statement. When done right, when meant to be not only simple entertainment, but a more meaningful communication between the singer, the band, who are sharing their music, springing from very personal thoughts and feelings with an audience who came to listen (as opposed to just hear), the artist must be present.

And art is not only a calling, but it’s also a job, and the thoroughness of doing it separates the good from the outstanding. In an intimate venue like A38, where the band are at an arm’s length from the front row, this, let’s call it social contract that we figuratively sign when we buy the tickets to a show needs to be respected on both sides. Ghostpoet did his bit flawlessly. His walking off stage had nothing of the high but senseless drama of certain acts liking to call himself major- this was the only way to get the night going on the right track.

As soon as the band returned after the unexpected interval, a deeper bond was created between them and the audience, an understanding that a concert, besides being an hour, two hours we, often strangers to one another, spend together, it can also be an act of grace. I had long been trying to put my finger on just what kind of grace Ghostpoet’s is, all I knew was that I’d discovered him not as we often do these days, by reading up on him on a site I follow and trust, or hearing about him from a friend with similar interests. I discovered him in the most genuine way you can discover music: I heard him. Half a song, X Marks the Spot from his 2015 album Shedding Skin, overheard on BBC6, and the instant realization that I must listen to this man. It was perhaps a late discovery (my loss), Shedding Skin was his third album already, but I made up for the lost time by raiding the back catalogue with zest for a number of weeks.

The blog’s industrious co-photographer, exposed to his first ever Ghostpoet experience, did however provide unexpected, but illuminating insight on the matter of what kind of grace this is. He thus informed me that the two acts the music reminds him of are Faithless and Tool. Which is not a duo you’d expect (except perhaps on an early noughties Sziget line-up), but synthesizes the manifold nature of genres which are fused together to create Ghostpoet’s unique sound. Then there is the voice, which is both somewhat detached and deeply personal, a charming electro crooner with a dark twist.

The night continued on a crescendo over more than ninety minutes- the length might not always be fully telling of a concert’s overall quality, but in this case it further highlighted Ghostpoet’s willingness to give it his best, bringing a cross section of all his records, from the bared down, more spoken word feel of the first to the bleaker, musclier sound of the most recent one, last year’s Dark Days + Canapés. And when it was over, Ghostpoet came off stage to have a chat with the people from the front rows: an undertaking not unheard of on A38, but there was something very genuine and spontaneous in the gesture, not the duty of a performer who knows they need to cater to the whims of the audience, but the honest interest of someone who cares. Come to think of it, maybe that’s what I heard in his voice that first time , something elusive and rare: his voice was true.

PS: I live with the conviction that I never win anything, which is wrong, because I once won at the church lottery. And now I’ve won our two tickets to Ghostpoet as well, courtesy of Phenomen’on Magazin. In an abrupt and direct translation from the Hungarian, our gratitude will haunt them forever. 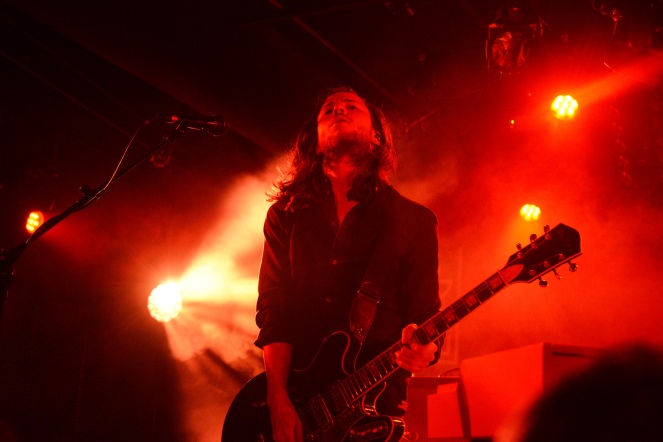 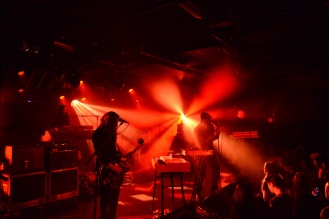 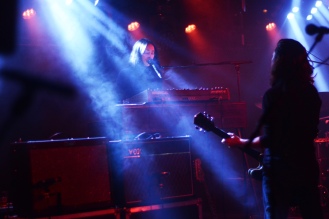 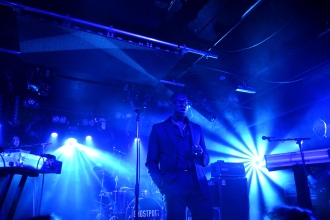 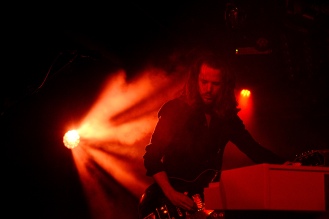 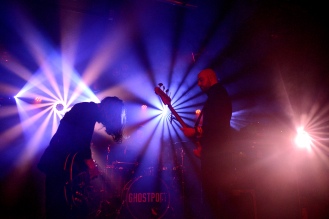 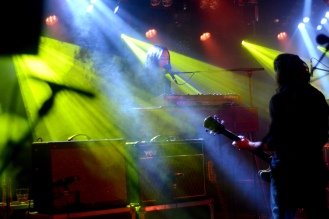 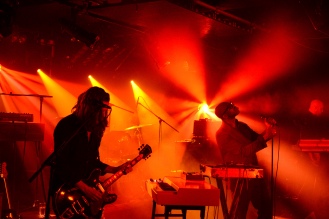 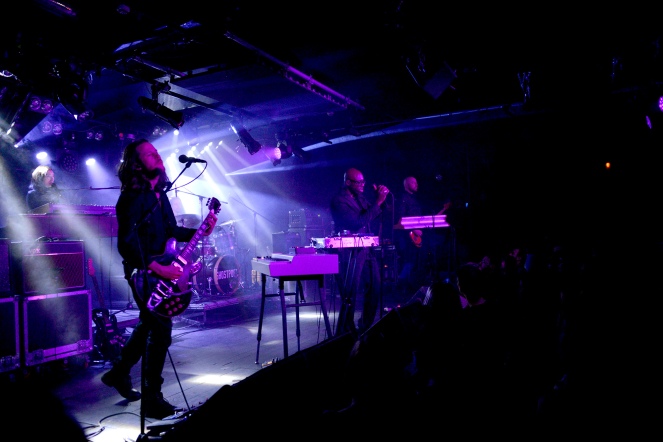 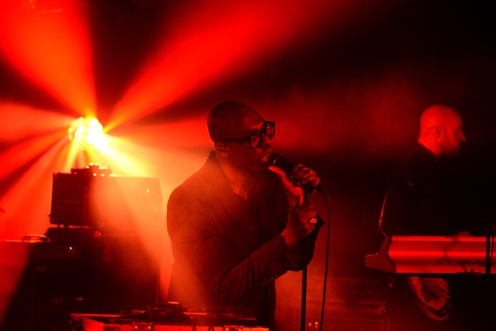 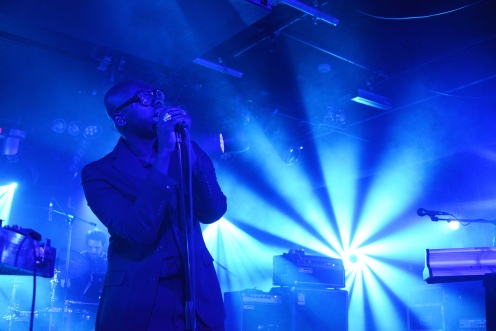 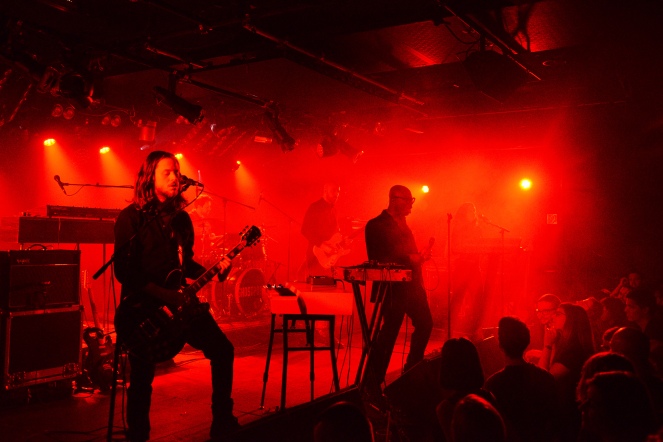 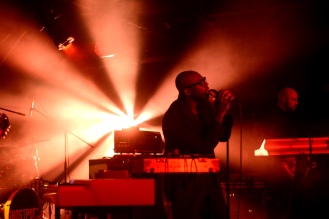 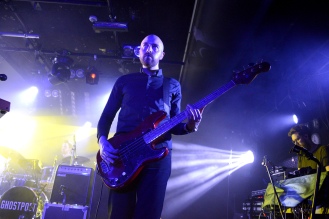 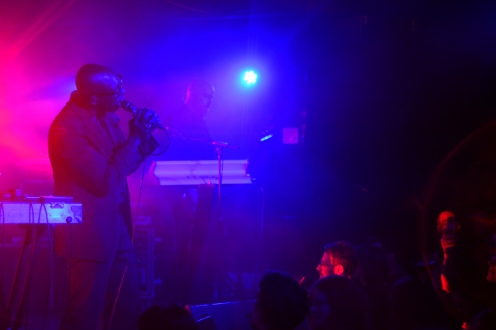 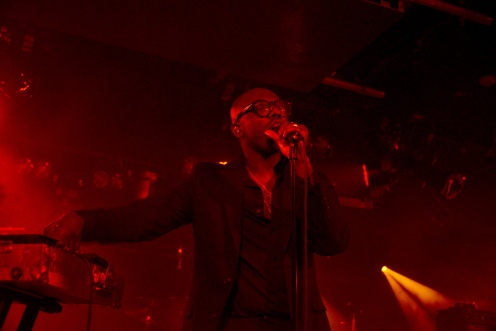 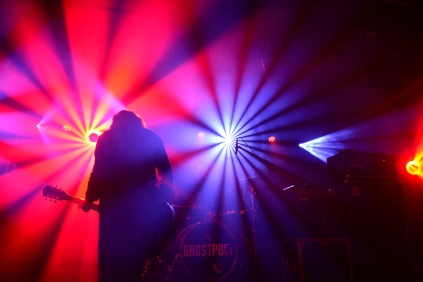 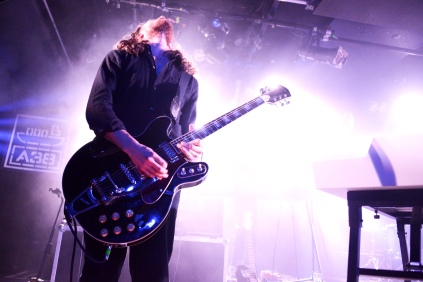 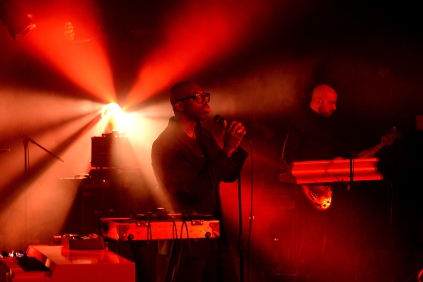 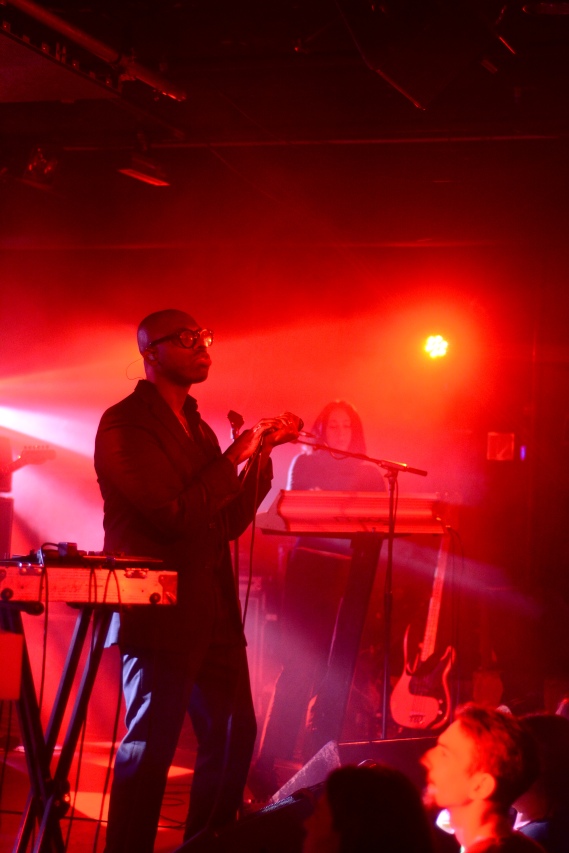 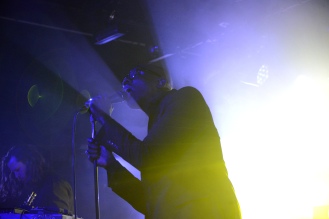 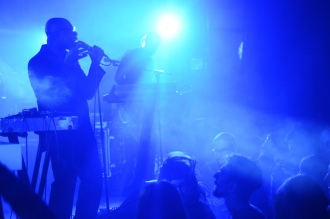 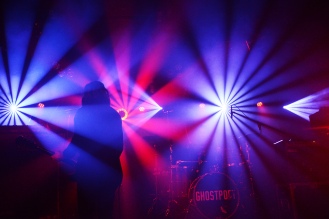 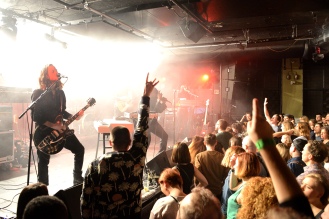 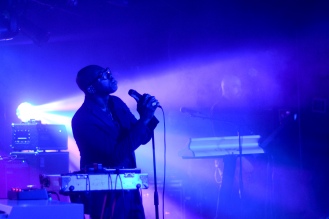 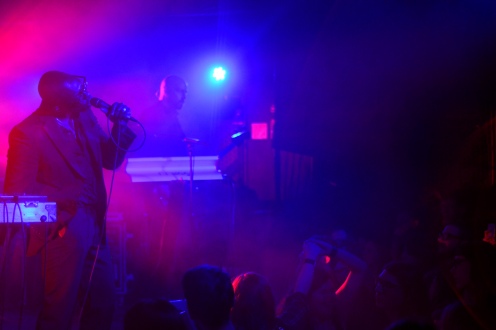 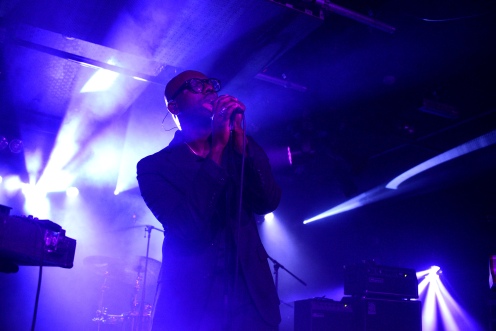