The blog’s industrious co-photographer made it as clear as the light of day that the last and only time he saw Omar Souleyman, at the Electronic Beats festival, was one time too many for him and he’s seen and heard this all at village weddings and wants none of it. And in many ways he is right: if you’re from anywhere east of, say, Vienna and belong to a family, which mercifully most of us do, you’ll probably have a recollection of that relative who couldn’t afford a band for their wedding and hired a man with a synth and a singer. Ultimately, that is exactly what Omar Souleyman is, a wedding singer, and his charm lies in the fact that he never pretends to be something else. In a world of major artistic expressions and sophisticated messages, spiked with a lot of pretense and gimmicks it is a relief to every now and then stumble onto something so simple and so basic.

The world is still a complicated place, tough, and we project a lot of our own thoughts and imagery onto Souleyman, who is probably viewed very differently by his compatriots. He is from Syria,  mind you, which is probably low on everyone’s list of countries to be from, right now. Where do you come from? Uhm, a war zone and people don’t seem to like me much without actually knowing me, as a person. Souleyman’s calm, almost deadpan demeanour, his honesty about what he does and his bringing a trade typical to the more peaceful times of his country to international attention is among the few positive messages about Syria you can get these days.

His hipster appeal thus arises from a combination of elements. Maligned as they are, hipsters often tend to be more socially and politically sensitive, so they will feel inclined to support the music of a Syrian man basically in exile- Souleyman has stated in many interviews that one of his major wishes is to be able to play his music at home, which obviously implies a sorting out of the situation in the country, which unfortunately still seems tragically impossible. There is also the thrill of liking what you’re not supposed to like, swimming against the (main)stream and indulging in quirks, such as Souleyman’s sunglasses paired with an abaya and what most Westerners will weak-mindedly call an ‘Arafat headdress’, commended by one onlooker in skinny jeans as ‘I sooo need one of those’. Also, since I am always very attentive to footwear during concerts (also known as zoning in on the important and relevant), we had some pointy lacquered ones thrown in the mix to make it even more tantalizing.

Finally, when all is said an done, Souleyman’s music is just simply very danceable, and it figures, since probably the only way to escape a wedding moderately sane is to dance it away. There are the classical Oriental rhythms, a pinch of electronica, hands lifted in the air- making the whole thing almost impossible to shoot, as for every arm lifted at a normal show, here there are a dozen. The front couple of rows were made up of the hard core of the fandom, overwhelmingly Middle Easterners, and men, to be frank about it, whereas the further rows of the almost fully packed big hall of  Dürer were completed by the above mentioned hipsters, of all genders.

The organizers also threw in a disco ball, which was a touch of genius, and the sixty minutes simply floated away. There was no encore, in spite of the crowd’s expectations, and probably for the best: danceable as they are, the beats might simply become too tiresome in the very long run, and Souleyman seems to correctly judge the length needed to let everyone leave with good memories, and just a tinkle of dissatisfaction. But we all know that the best meals are always those that leave you just a little bit hungry. 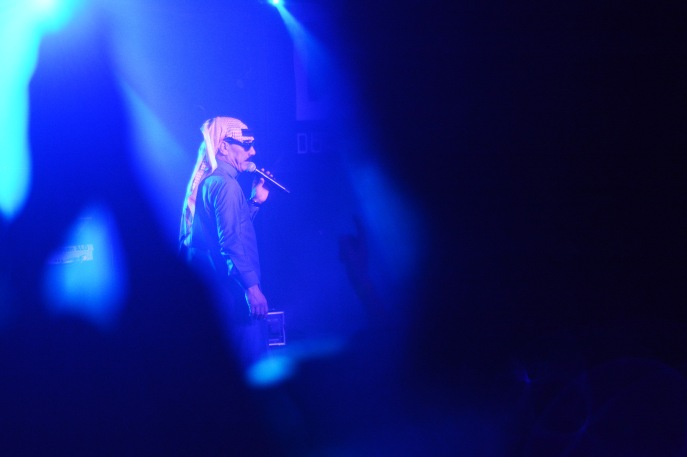 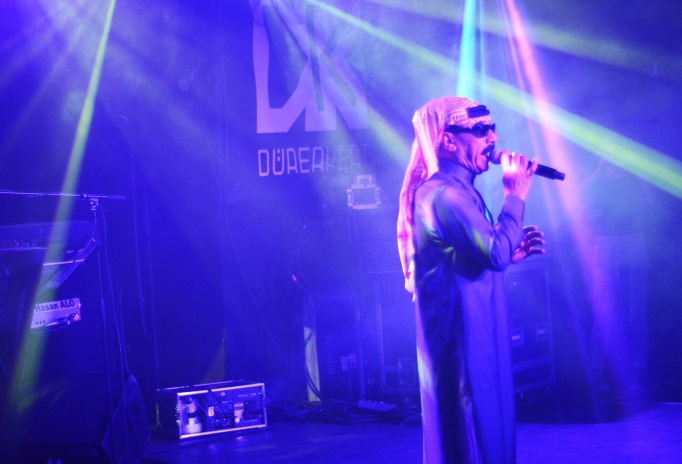 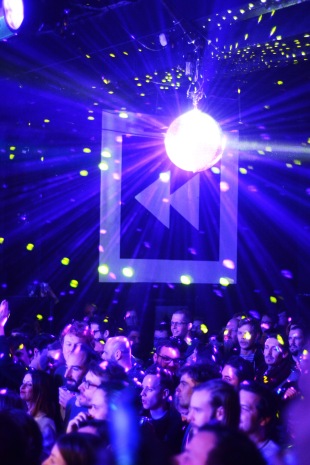 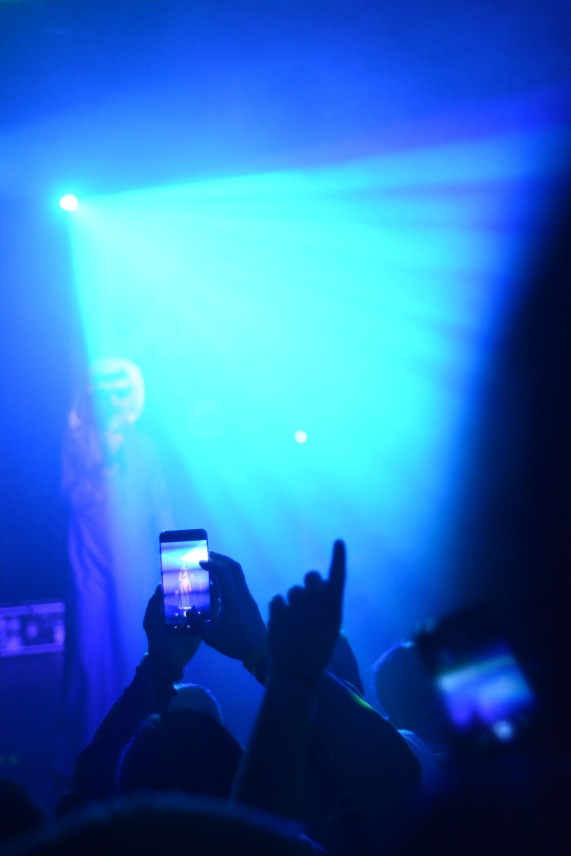 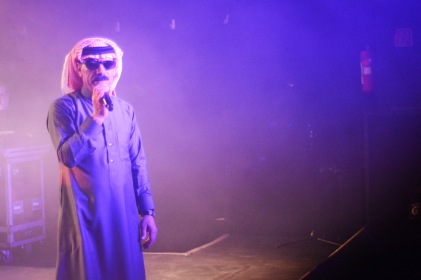 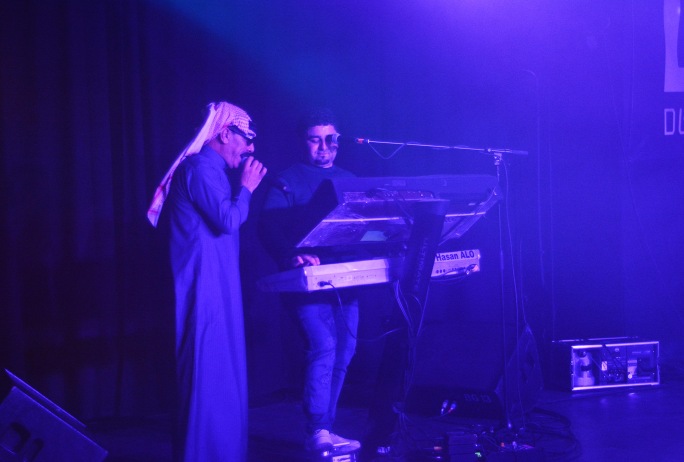 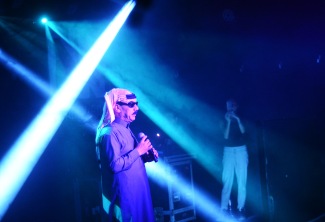 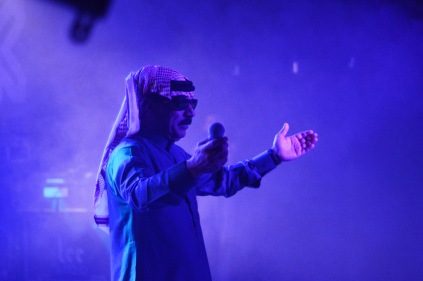