Yesterday, while strolling by the Danube, and seeing, in a first phase frankly nothing, and then an odd shape here and there, it dawned on me that I haven’t written a weather complaint based piece for a long time, and since I consider myself pretty good at this exercise, such failings must be promptly corrected, so here it goes.

I’m not saying I am jealous of North America’s polar plunge, the Niagara, hell and the ocean freezing over killing the sharks in it is not my cup of tea, thank you, but Budapest’s weather purgatory is getting somewhat tedious these days. Ever since late November winter is trying to happen, then failing miserably, like one of those cat videos when after long preparation a feline will attempt to jump over from point A to point B, only to land face first on a vertical surface just before point B, point F, we shall call it, for failure. So winter is stuck in point F, at 5 to 10 degrees Celsius more than often, with grey and humid days, a half-hearted attempt best described as autumn, but without the lushness of the harvest and the flaming colours of the trees.

Even the fog comes and goes as it pleases, you trudge out in the morning intent on taking fog pictures, your street is still promisingly pea-soupy and then suddenly the sun is blazing like it’s Florida when you reach the river. Or the other way around: after a morning which was hazy at best, this Sunday the fog got white and rich like candyfloss over the Danube, completely obscuring the Parliament if you attempted to take a peek of it from Batthány, to the aching despair of a group of Asian tourists who were, in a fairly quixotic attempt, taking pictures of themselves with the big white nothing.

This is the state documented below, with the final remark that the mists lifted towards the evening (creeping on us a little later every day, what a relief, but still too early for comfort) and we even got to see a sunset of sorts, from the belly of the Bálna, no less, though this biblical metaphor might sound forced, as the Jónás craft beer pub is at the whale’s nose, or what we hope is the nose,  based on it’s general shape, because otherwise we would obviously be left with a less exciting body part for watching the sunset from. 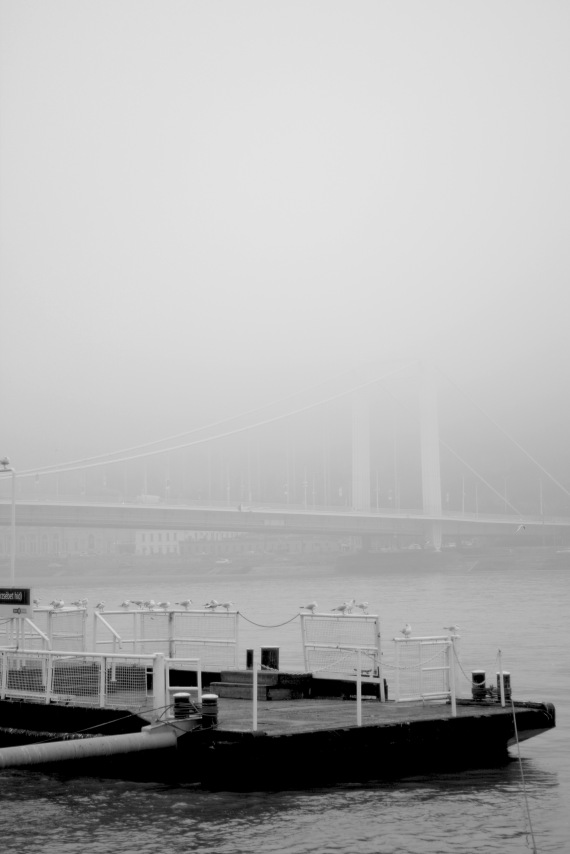 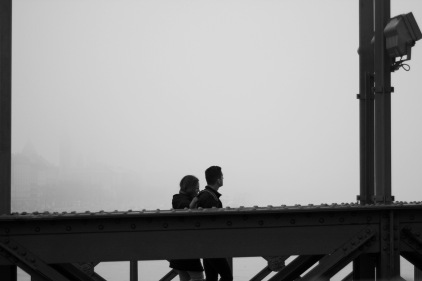 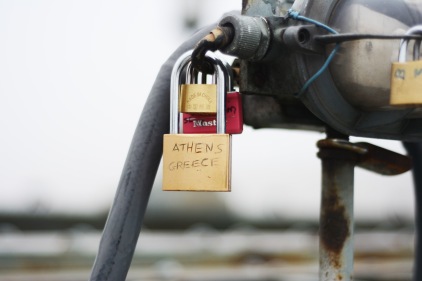 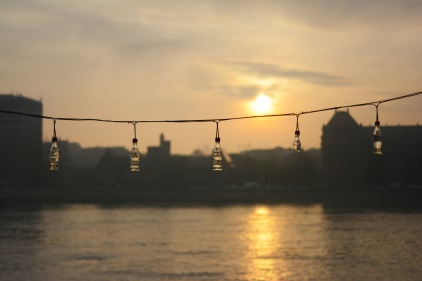 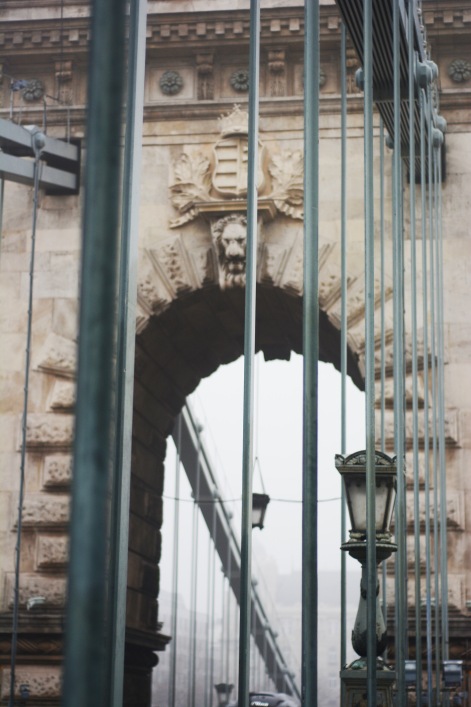 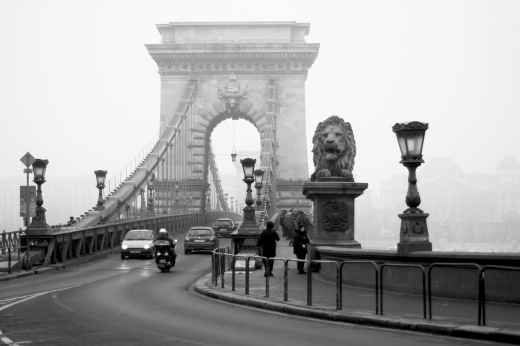 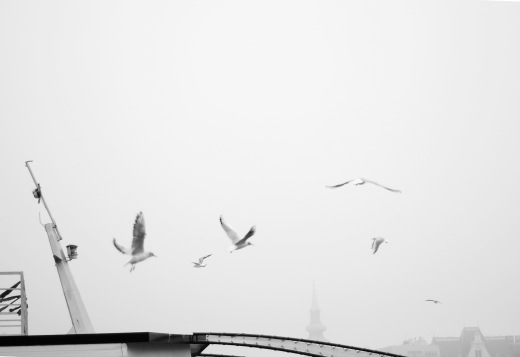 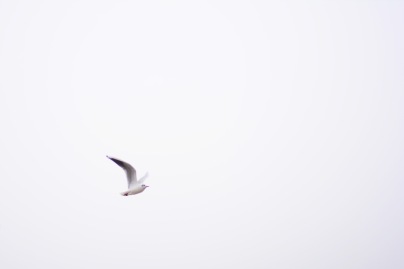 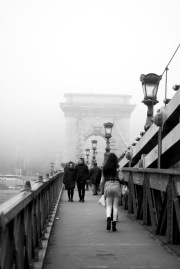 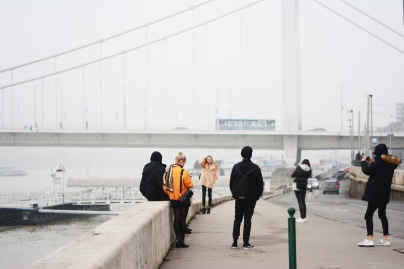 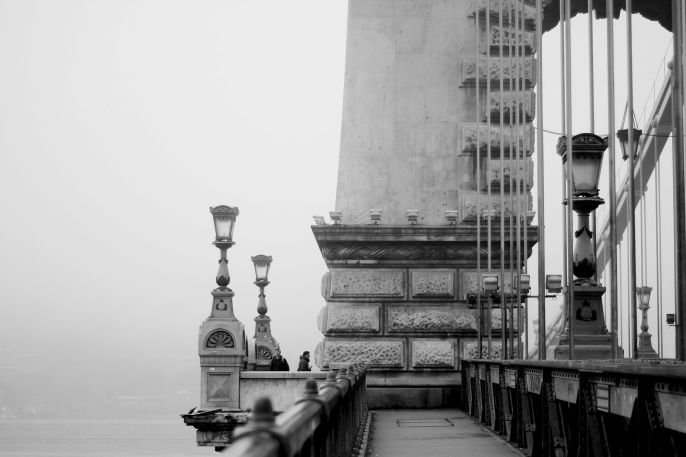 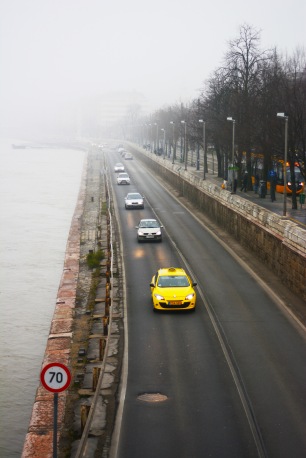 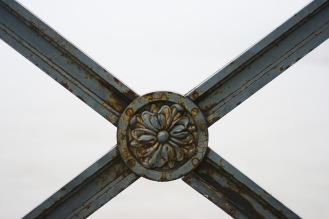 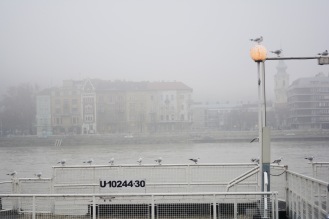 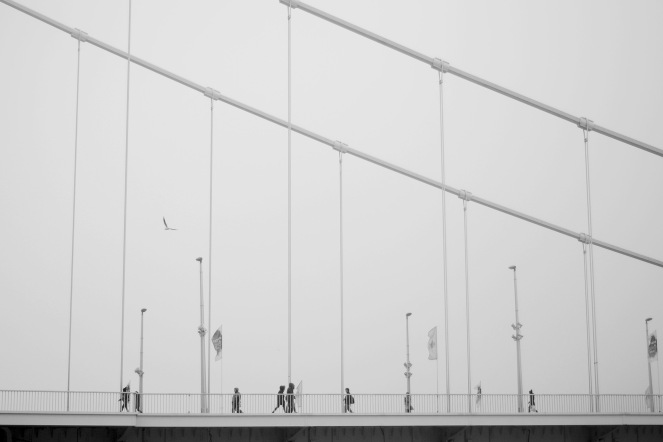 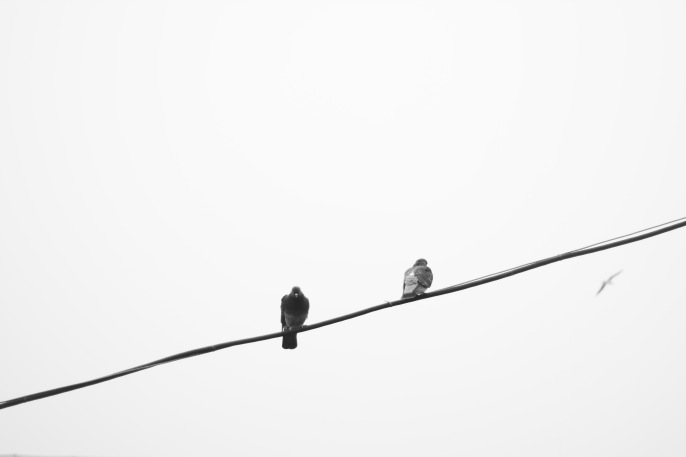 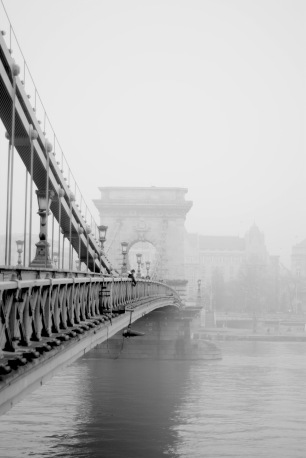 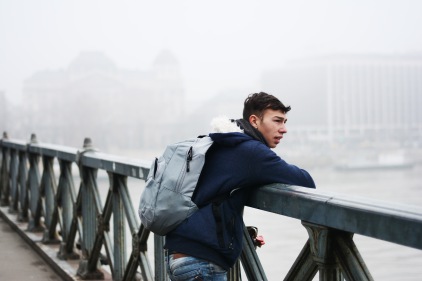 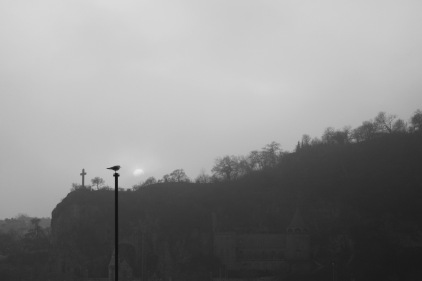 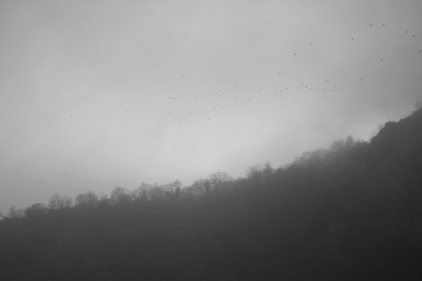 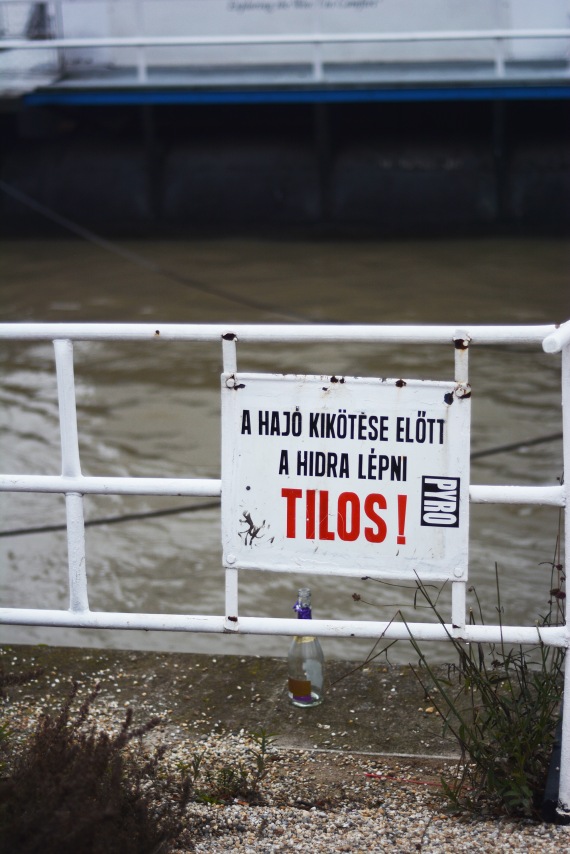 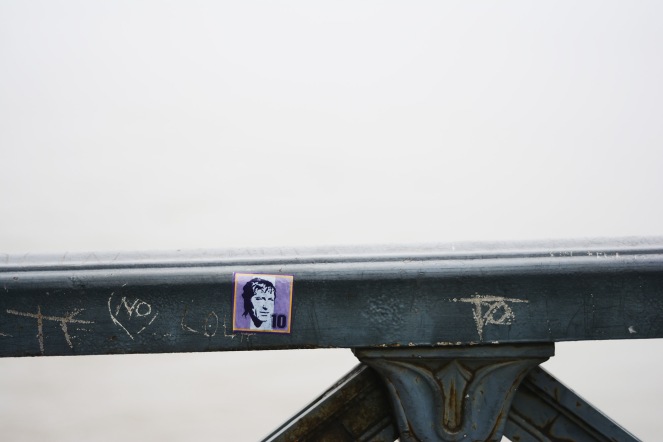 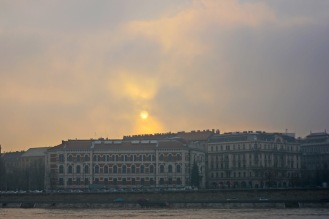 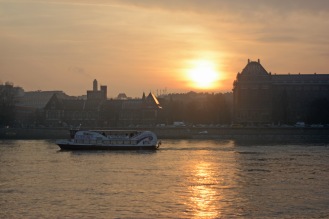 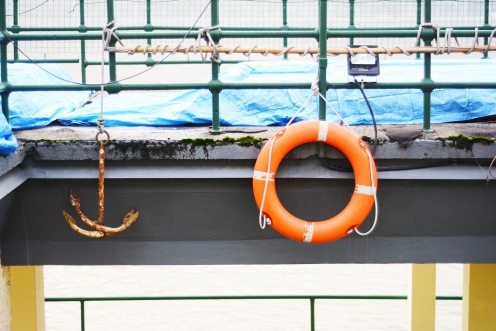 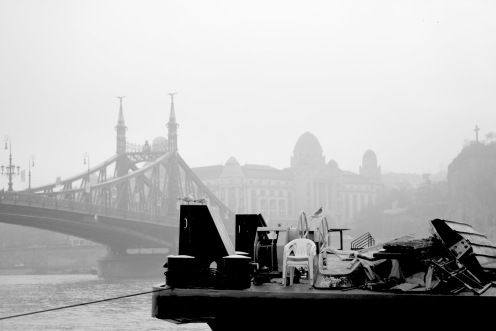