Let’s say you woke up one day and suddenly had no idea what season it was, perhaps a strange sort of weather amnesia, but figured you’re in Budapest, and in such cases your go to solution should definitely be Gellért hill: firstly, it’s rather easy to spot from many central areas, particularly the Danube promenade, and secondly, it always wears Budapest’s seasons with the most aplomb: you can measure the arrival of spring by the amount of trees bursting into bloom on the slopes, in summer the hill turns ever darker shades of green and buzzes with bees and bugs, in autumn it’s slowly enveloped in shades of auburn, yellow and gold, and in winter it does its very best to keep the city’s measly patches of snow alive longer than anywhere else.

This also means that, given the chance, you should visit it at least once every season, though summer is becoming ever riskier these days, as the direct path from the square is generally dotted with the kind of people who are just about to tumble into the abyss over a selfie- joke put aside, there have been a few ridiculous accidents these days and some people looked dangerously close to putting Budapest on the map of silly deaths themselves.

Since the weather on the day chosen for the autumn exploration was decidedly summery, I thought the best way of avoiding the throng was to approach the hill from behind, like a treacherous enemy- though my intentions were pure, just some light reading and photography. So I set out from Ménesi street, which happens to be the location of one of my pre-google maps city traumas (I had a few): I missed out on what seems to have been a great party due to the simple and stupid fact that I could not find the flat. It was not the first and only instance: I realize that back in the days my mental map of Budapest was akin to those ancient one with a lot of grayed out areas marked as terra incognita, den of the dragon, marshes of the evil orcs, and so on.

Since I have entered the future, though, I just fire up some navigating device and only hesitate for as long as the dot (the pesky virtual me) hesitates as well when entering a crossroads: will it go up or down? Mercifully my situation was made easier by being on Gellért hill as from one point onward I could see the Statue of Liberty from every angle. As an interesting side note to be added to the overheard in Budapest folder, an American tourist exclaimed upon seeing it: but it looks nothing like the original. So an outing to hill in autumn is not only pleasing to the eye and healthy, but can also gift you moments of unexpected (and involuntary) comedy.

PS: There’s also some pretty daring artwork up on the hill, besides the bad copy of the Statue of Liberty and “the man who is running somewhere” (another tourist description of course), and I have my own questions regarding Dezső Szabó- he tells us that Hungarians are responsible for each other, which is a beautiful thought, but he looks so damn angry. Why, I ask? Is the sun making his marble overhot? Do dogs pee on him? Is he unhappy that he can’t get any of that salami sandwich a little girl is eating? Has he been kicked with a ball a time too many? I am afraid this is one of those mysteries that shall remain forever unanswered.

PPS: And if you do take my advice and take a hike on the hill, do not hesitate to look for the lost kitty. 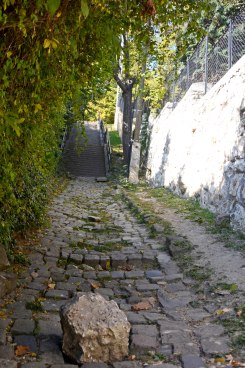 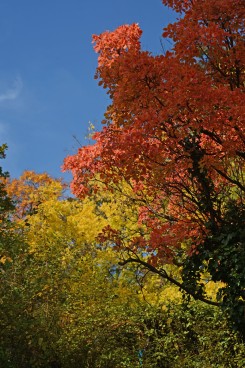 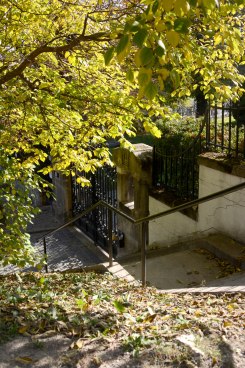 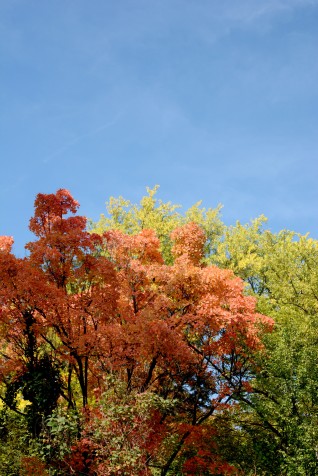 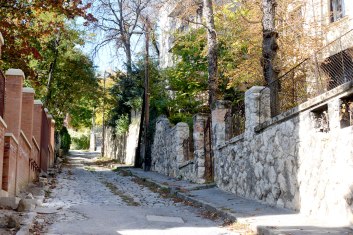 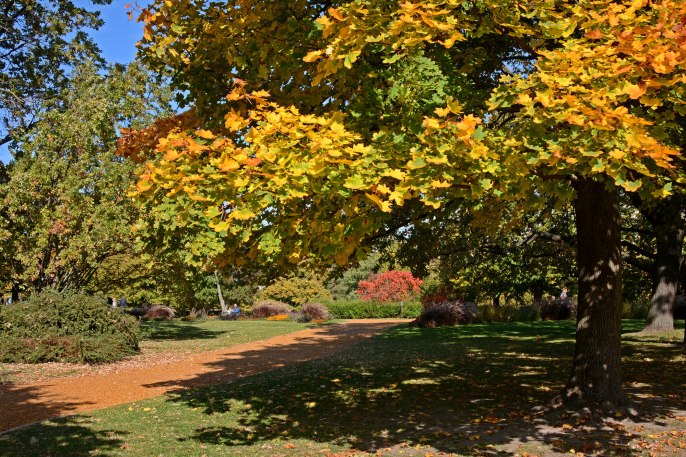 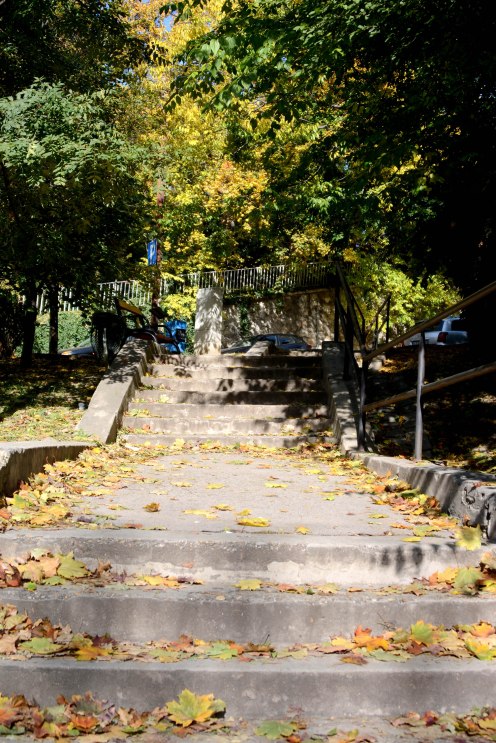 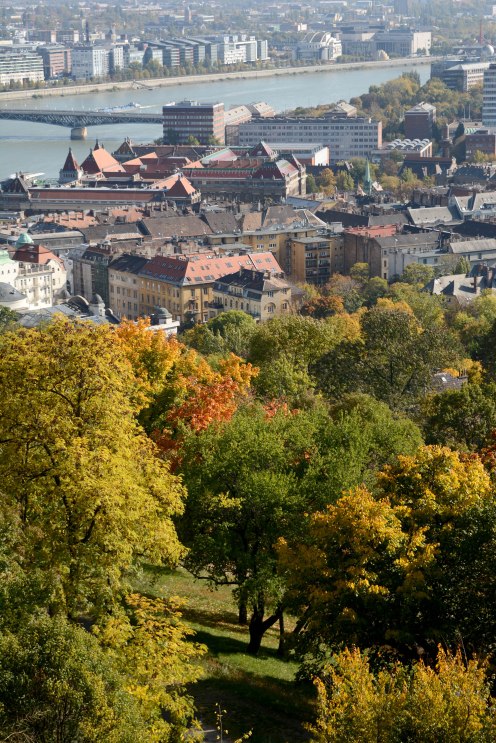 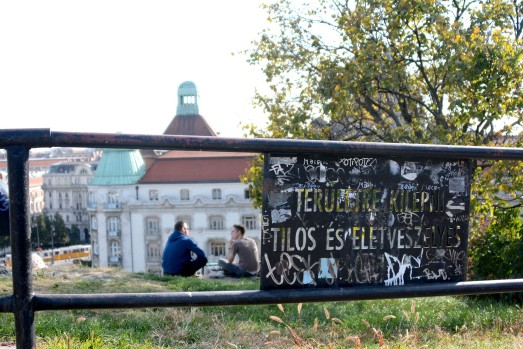 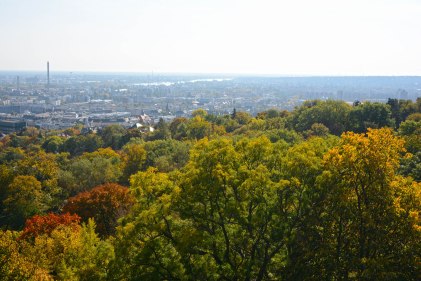 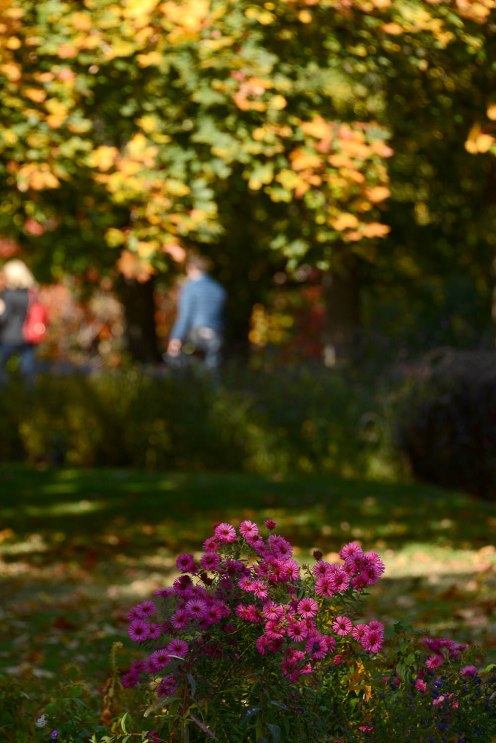 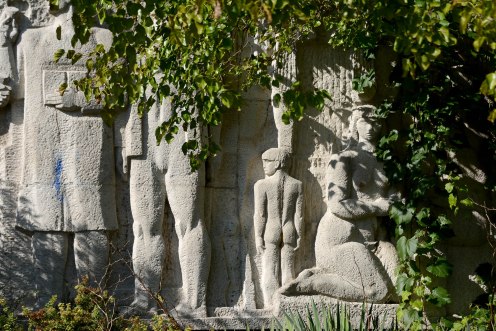 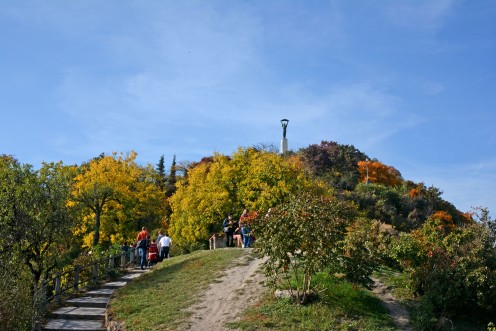 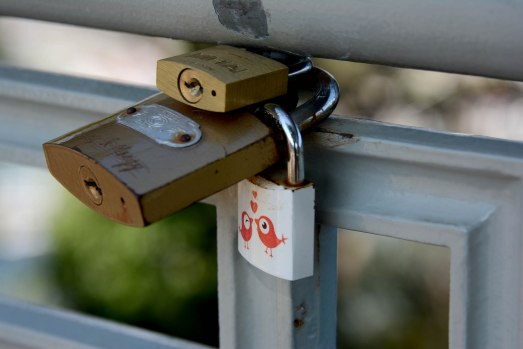 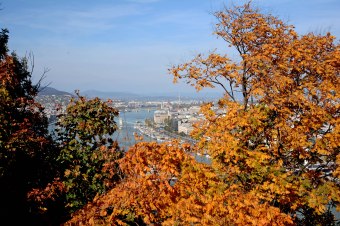 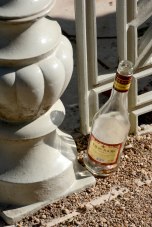 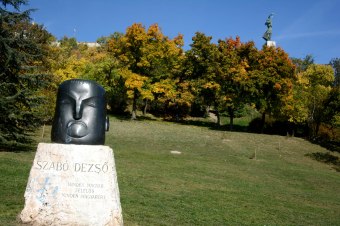