I’ve made this task pretty easy on myself (or have I, really?), but I think I can just romp into number two here and say ALT-J are fundamentally the anti-Kasabian act. I mean, trust me, I HAVE tried to run to their songs, because recently I have been doing pretty much everything to the backdrop of an ALT-J song, and it sort of even worked up until the moment I actually discovered a beautiful triangle shape among the jumble of buildings on the river’s Pest side.

Where Serge, Tom & company strut defiantly on stage, ALT-J still look endlessly surprised, baffled, moderately displeased and occasionally even mildly horrified at having to show up in front of thousands of frantic people to play their tunes. Well, Gus Unger-Hamilton has actually polished his interaction skills and is now able to interlock with the audience on a variety of topics, such as the frankly vile coloured dust party, though he still prefers to do it in a couple of benevolent half sentences. Joe Newman for his part is mum, the gauche art school sphinx who finds the chords of his guitar and certain long departed women infinitely more interesting than you, because, well, let’s be honest, they probably are. Thom Sonny Green escapes the slack cause he’s the drummer, and drummers can do as they please.

It’s notable though that since there’s just three of them left in the band, his drum kit is placed in the line with the others, creating a strange dynamic, even more so as ALT-J are often defined by the idiosyncrasy of the rhythm section, which sometimes seems to fade away only for you to realize how fundamental it is in carrying the song. The very essence of their music is its delicate oddity, from the quirky subject matter of the songs, to the cryptic lyrics, Joe Newman’s decidedly unorthodox voice and delivery and the strangely meandering melodic lines. Their previous Sziget show somehow failed to convey their strengths- they seemed uncomfortable on stage, lost in a sea of sound of their own making. It was however the concert which made me listen to them more carefully, so, in the long run, it was perhaps a success.

Their second coming was however a revelation- they found it, the visual set up which allows their gifts to flourish, the pulsating lights travelling up and down, always there but never overbearing. They’re still three birds on a wire, but the wire is electric and electrifying. This is not just, as one of their songs says, something good, it’s also something beautiful. And then there are strange moments of grace when Deadcrush suddenly sounds like a festival anthem, and the rather taxing Pleader is reborn as a singalong ballad. They also commit the absolute concert sin of not playing my favourite song and suddenly become perhaps the only band in the world who can also get away with it. 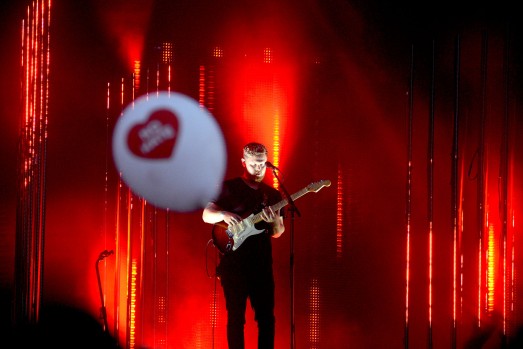 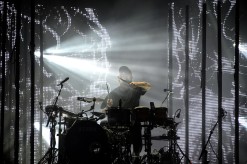