It’s quite infrequent that I wish I were somewhere else when I am on Sziget- I can recall a few moments like maybe that time when a muddy Frenchman wanted to hug me amidst something akin a monsoon, but even that time it was more about being there, but perhaps with different weather and company, than about being somewhere else altogether. I’ve particularly never felt such urges during concerts- even a crap concert can be a good story after all.

I did however feel very much like being somewhere else during PJ Harvey’s Sziget gig- listening to her, absolutely, but not necessarily on Sziget’s Main Stage. Perhaps in a quiet club, like A38 the boat proper, or even better, in the concert hall of the Palace of Arts, which would have probably been the most suited to do her and her musicians justice. You can say that this puts her in a bad light, and thus the gig is ill placed at number six: she’s not festival material, with her quiet sphynx-like, uncommunicative behavior, her complicated orchestrations and her fascinating but odd pantomime.

This might sound like a fair point, if it weren’t for her many previous festival performances, rapturously welcomed by crowds generally a bit to the west of where we stood on a hot Friday evening. She’s very English, yes, that is what I also meant, but then again so is the guitar music some of us still listen to- it seems that it’s this guitar music that has a bit of an off moment, and people simply could not cope with PJ Harvey, even on the one day which had the most guitar music friendly line up otherwise, with Mando Diao on at 4 and Kasabian the evening headliners.

I must say it, because I’ve been itching to do it ever since the concert: this was probably the worst behaved, rudest, and yes, most unworthy crowd I have ever seen in front of the Main Stage, playing cards, sitting on the ground, shuffling around ceaselessly and making life miserable for everyone who was there to listen to a concert. For there were indeed people moved almost to tears, people who looked like they’ve been waiting for this for ages (PJ Harvey had never played in Hungary before), people who came there because she is their favourite artists and who would have deserved better. It’s obviously not PJ you’re slighting by being a blithering idiot, she is and will be a glorious ice queen, it’s your fellow szitizens and that is a very un-Island of Freedom thing to do.

But back to the concert proper, in its capsule up on the stage, it was everything you expected it to be: funereal and uplifting at the same time, headstrong in its choice of songs (probably very consciously avoiding the more up-tempo songs of the back catalogue), creating a very precise and indeed very dark atmosphere. It’s just that artists are poignant only if the actually say something, mean something- and well, if you look at the world around us, sometimes you just can’t mean nice things. You have to mean bad things, horrible things, you sometimes have to talk about war, about death, about inequality. It takes a lot of guts to do that, and it takes a lot of grace to mean bad things in such a beautiful way. 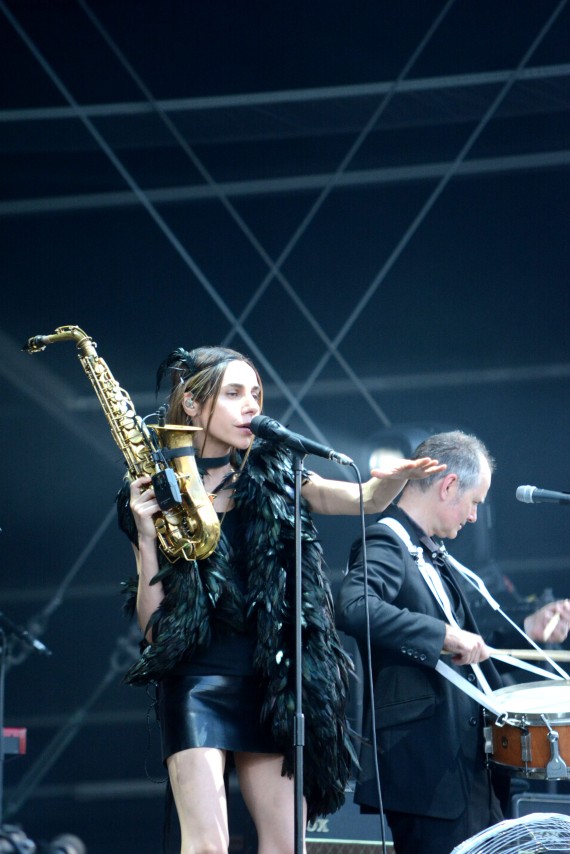 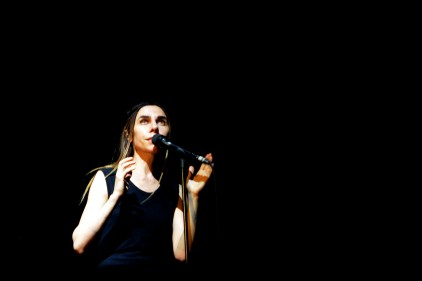 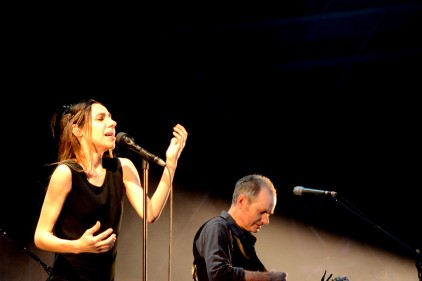 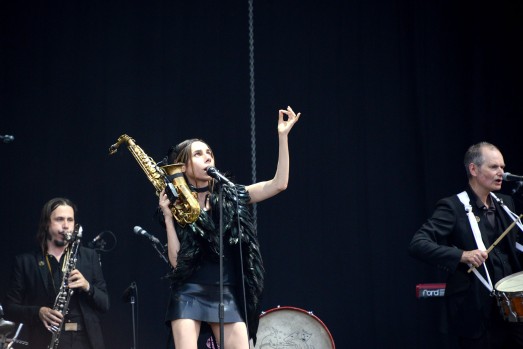 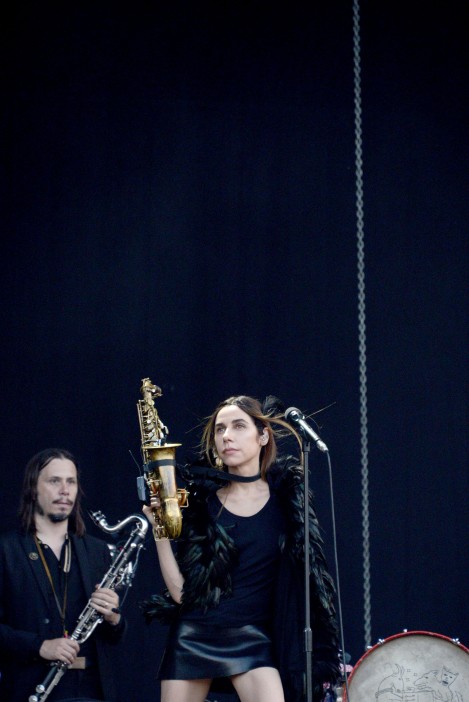 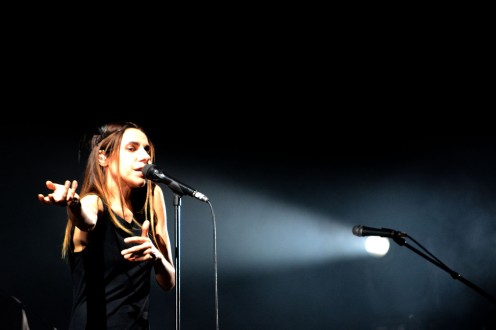 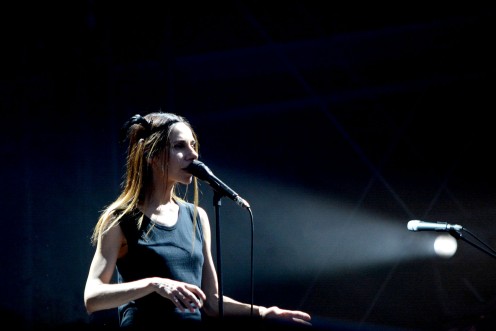 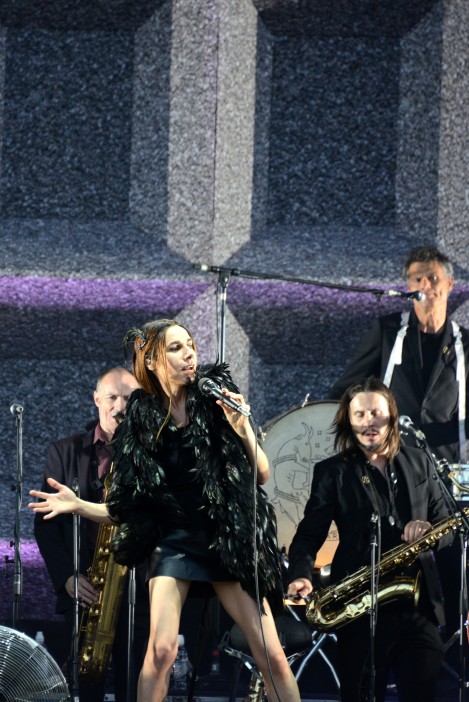 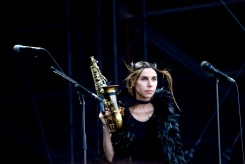