How to get there and around.  Unless you happen to live in the western bit of Spain or are Vasco da Gama returning with galleons laden with gold and spices, flying seems the best idea. Lisbon Portela airport is incredibly pleasantly located within the city limits, quite a rarity these days, and all central locations are thus easily accessible by metro, of which Lisbon happens to have four lines, and of the same colours as the ones in Budapest, red, yellow, blue, and green. (Should you be colour blind, and to quench my thirst for Portuguese, here they are in local language: vermelha, amarela, azul and verde.)

There are many flights, including low cost options, to most major European locations, with Wizz Air operating connections to Budapest every second day and TAP planning to reopen the route from July 1st, right in time for the summer high season. Alternatively, Faro airport occasionally has better prices, though mostly off season and is served by many low-cost airlines as well, including Wizz, which has a Budapest connection twice a week, on Tuesdays and Saturdays. As a bonus, approaching Lisbon from that direction offers a pleasant way to get acquainted with the landscapes of southern Portugal.

If arriving at Lisbon Portela, depending on the arrival time of your flight, do expect a fairly lengthy line at some rather intermittently functional machines, which dispense public transport tickets. Irrespective of the type of ticket you’re purchasing, the first time around you will also need to buy a card (it’s actually a paper-thin thing on which I repeatedly sat before realizing the wrongness of my ways), which can then be charged according to you wishes. Dispensing machines are plentiful through the city, and have a generally straightforward English section, but can be somewhat moody, as already mentioned above. Single metro tickets are rather expensive (1,45 €) compared to other fares, and although you can use one ticket for up to 90 minutes, switching between lines, a daily pass works much better for a city visit.

The same card can be used for train and suburban train tickets- here Portuguese pulls one of those mean little tricks, akin to Polish in the Slavic family, and calls trains by a name not immediately recognizable to speakers of other Romance languages- they are called comboios and you’ll need them for a variety of destinations, within the city, such as Belem, or outside the city, such as Sintra or Cascais. The most complex daily pass includes the urban sections of trains as well, so it’s the best options for days spent exploring the outer regions of Lisbon. Otherwise the central bits can be easily navigated on foot, or more precisely, easily in terms of distance, as the slopes can get quite steep, and many routes include several climbs and descents. For those less inclined to mountaineering, it’s perhaps best to set out having mapped out the lifts, of which there are several, but are not always straightforward to find to those not well acquainted with the meandering landscapes of Lisbon.

Fair disclaimer- the most famous of these urban lifts, the metal lacework of the Elevador de Santa Justa, although theoretically a part of public transportation, is more adeptly a part of public standing in long, excruciating, pointless lines to get up a few metres and enjoy a view which, although pleasant, can be had from several other vantage points too, just head for something called a mirador. The famous trams clanking around the city centre are also less recommended as means of transport due the disturbingly high rate of selfie sticks and cameras flashed unnecessarily, but there is something almost poetic in the faces of locals trying to repress any homicidal thoughts while very plainly and honestly wishing to simply get from home to work, or the market, or any such basic destinations of life.

Where to stay. Compared to other European cities, Lisbon is decidedly on the affordable side, with private double hostel rooms available from around 20 € per night, and fancier hotel options for about double that. Besides the price, it’s worth checking the exact location in advance, to find out whether the super comfy looking central boutique hotel is actually located high on top of a hill, at the end of a cobble stone alley which is nigh impossible to navigate with bulky luggage. Taxis are of course available, but as with many Mediterranean lands, it is perhaps best to avoid them as, politely put, fares may vary and the driving culture is of that wild Southern variety which involves navigating steep turns at high speeds and finding barely legal and decidedly life threatening shortcuts. 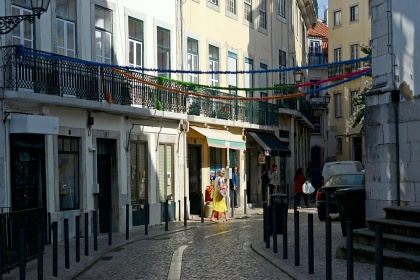 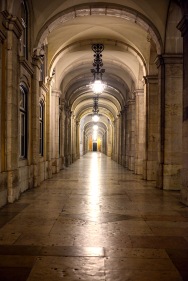 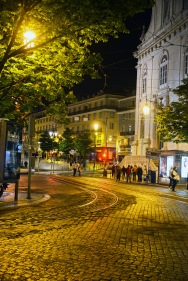 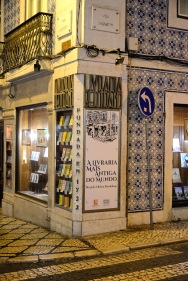 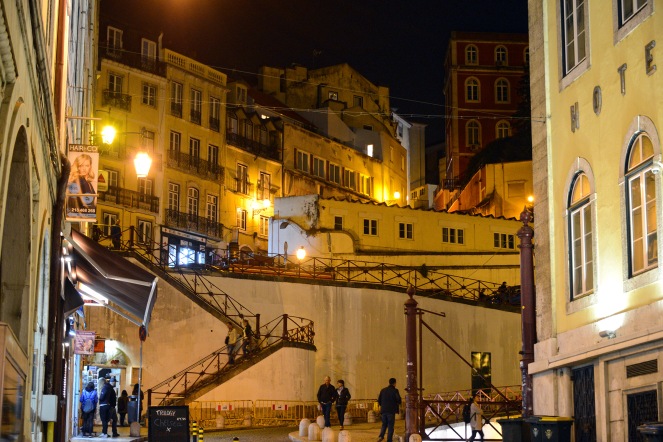 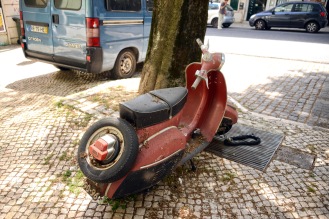 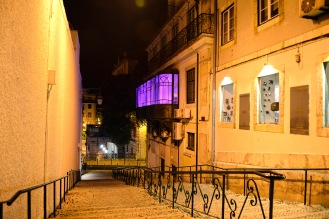 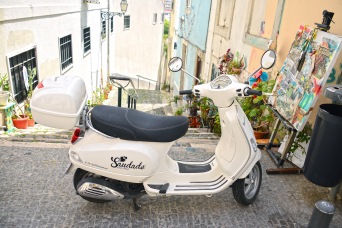 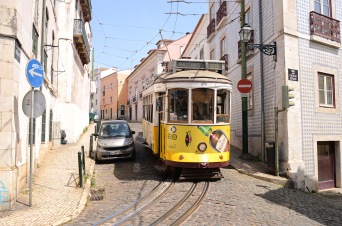 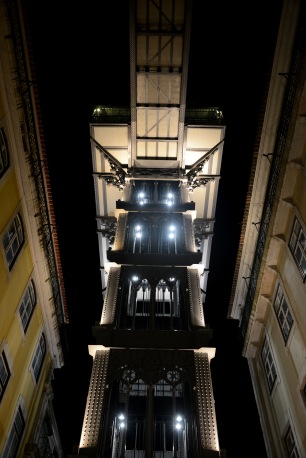 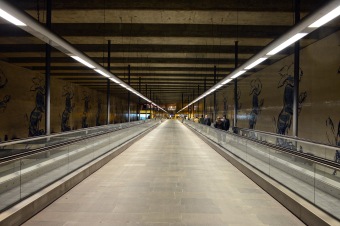 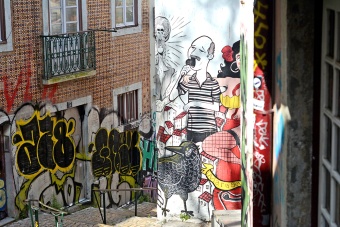 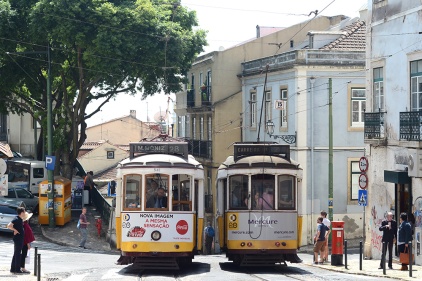 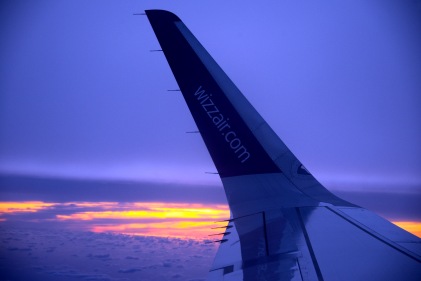 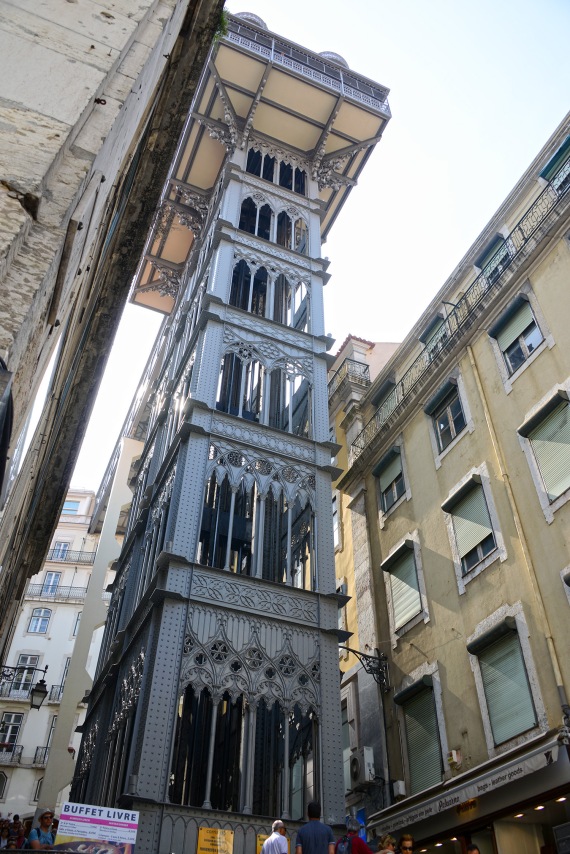 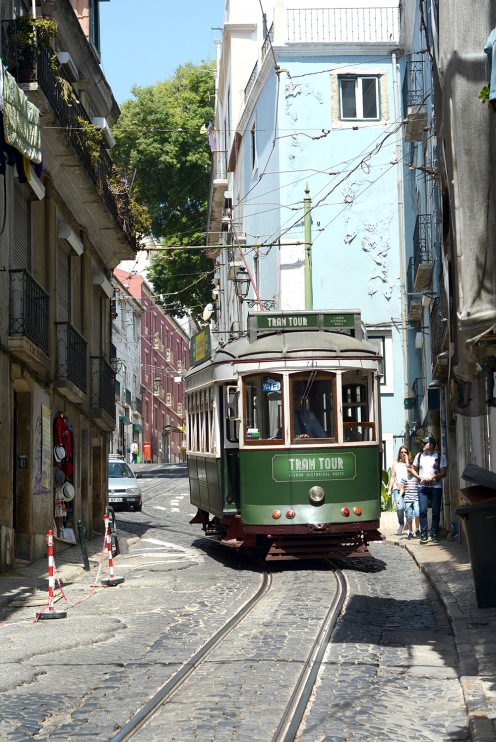 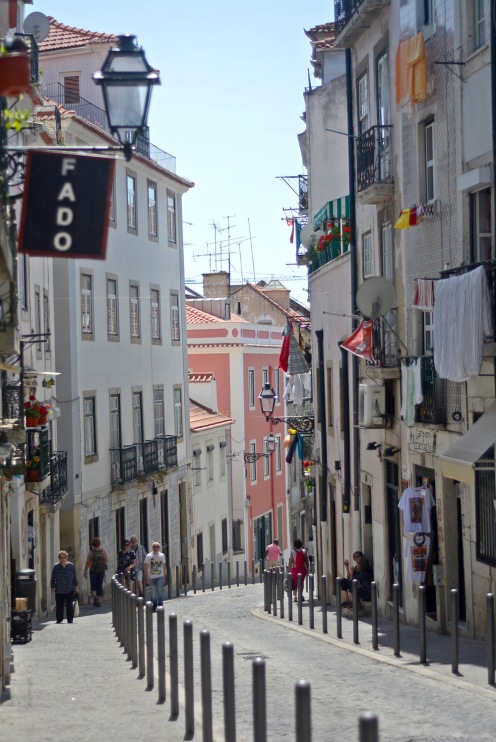 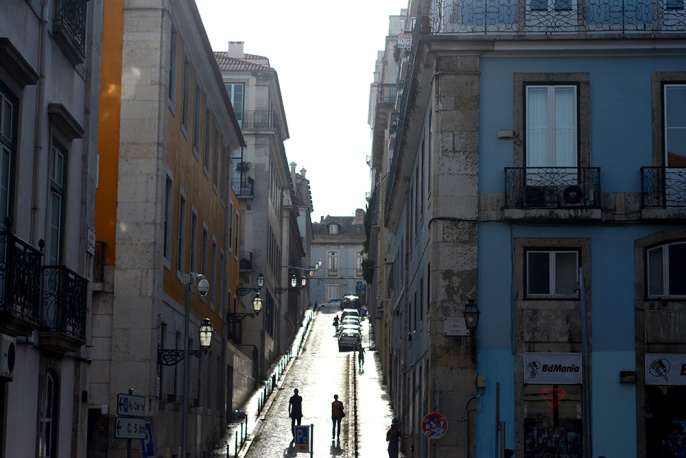 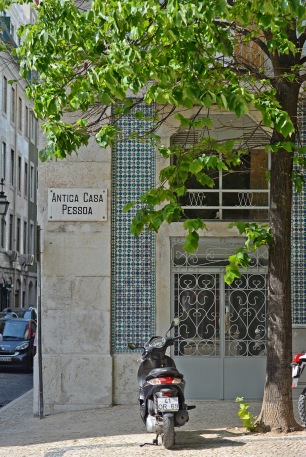 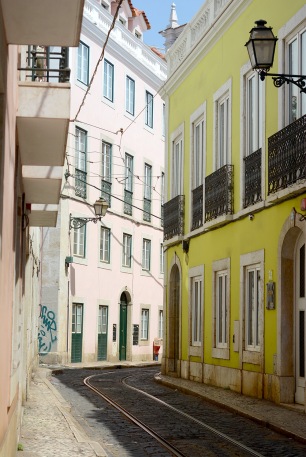 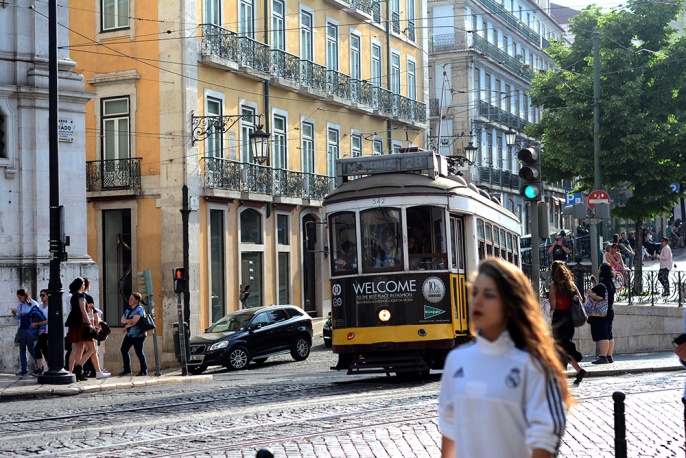 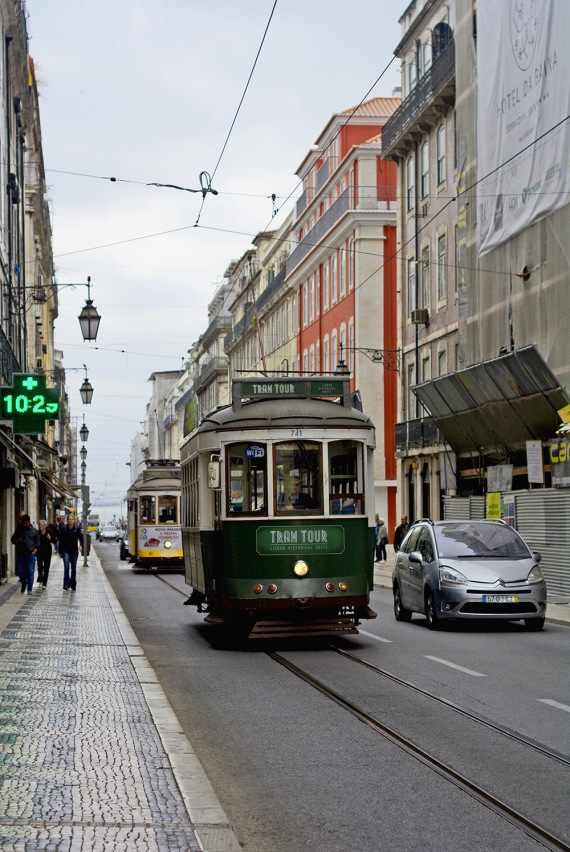 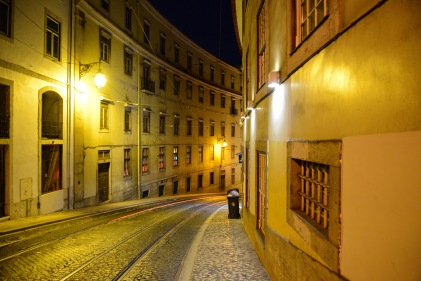 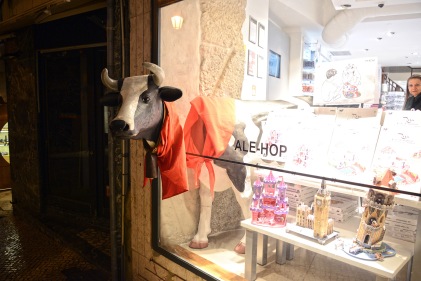 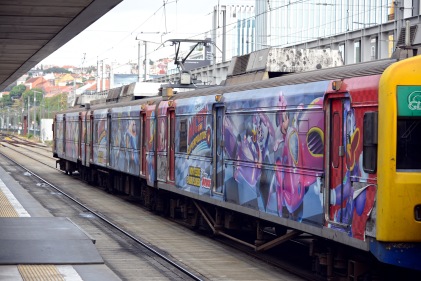