In the context of the present day musical scene, José González is an unfathomable anomaly. A soft-spoken man with a wild mane of hair, he arrives on stage almost apologetically, holding his guitar as a shield against whatever the world might expect of him.

You’ll now imagine that this scene takes place in a small club known only to a select few, where a clique of adoring fans has assembled to listen to our Sweden based troubadour with dreamy eyes and expectant hearts. You’ll also be dramatically wrong. We are in Akvárium, one of Budapest’s largest indoor venues, and the floor is packed, with people jostling for beers and spritzers through a constantly swelling crowd.

Since I’ve lately grown rather shoddy at predicting which concert will be sold out and which won’t, I had purchased my ticket well on time, but even seeing the regular updates of different price categories becoming unavailable, I was still a bit surprised to see just how many people turned out to see this gentle man with a guitar. On a day that has otherwise been a bit of a heartbreak, I will very honestly admit that this gave me some hope that our blue ball hurtling senselessly through space is actually, well, if not a splendid, but at least a very decent place to be.

I also arrived somewhat shaken by the fact that I’d spent a ridiculous amount of time looking for my ticket- physical tickets bought well on time have this eerie talent of squeezing into the one book, drawer or envelope you’d never assume existed in your house at all. Very fortunately I managed to locate the pesky item right on time, for it would have been a real shame to miss José- Akvárium had earlier posted a shot of the man smiling somewhat surprised in the blueish light of the front hall which makes most people resemble aliens, but he just looked happy to be there.

So it’s back to that moment when at nine o’clock sharp he comes on stage and you begin to realize that the guitar is not as much a shield as a magic wand. The strings and the voice fill the hall, and the crowd settles all the way to the back- yes, very literally settles, this is one of those concerts where you can sit down and not lose street cred. The visuals are minimal, González sits on his chair in basically the same position, crouched lovingly over the guitar, for the entire show. He’s of course not the only one to do it, there are plenty of acts trying to play the honesty and a guitar card, but it very rarely works.

González’s guitar is a magic wand, because in his case it does. And allow me to digress a little here: as I was looking over my shots, I noticed how every here and there he holds the guitar in a way very similar to how Leonard Cohen did. González is of course, as you’ve correctly guessed, of Spanish via Argentinian descent, and Cohen was famously taught how to play guitar by a Spaniard, so maybe that’s the connection there. Or there’s no connection and my mind was wandering merrily through the sound, and both options are charming in their own way.

As there was no opening act, which also worked in favour of the overall impression, the concert ended rather early by club standards- it’s obvious that González’s music is not fit to roar through the night. It’s more of a sketch, a mind space. It’s not music that overruns you, but comes and politely says: hello, look, I’m here, maybe you need me. 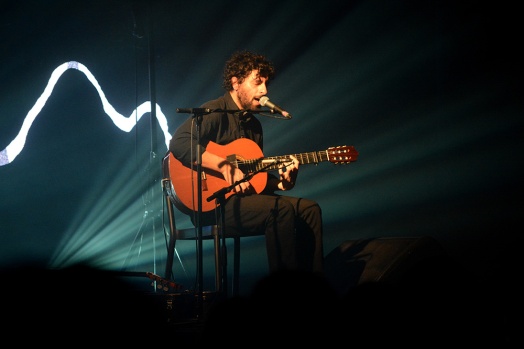 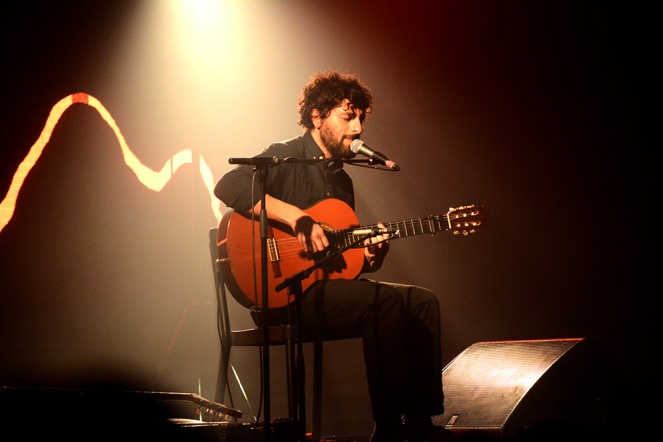 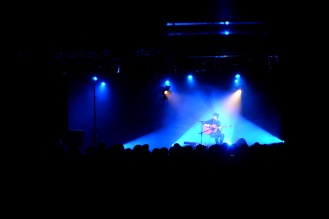 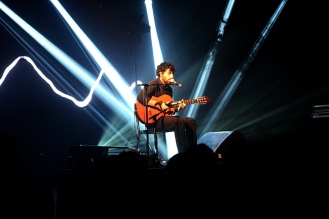