Pozsonyi street has become a sort of sugar rush highway, not only of the 13th district, but the city in general. One almost wonders how one street can accommodate so many pastry shops, but as business seems to be blooming for most, the trend is steadily growing, with new places opening at regular intervals. So many sweet temptations call for the occasional break too, so a few third wave coffee places have ensconced themselves in this landscape as well.

My Little Melbourne’s offshoot My Green Cup has put up shop on the corner of Pozsonyi and Raoul Wallenberg streets, while the subject of our present scrutiny, Double Shot, has placed itself strategically right between two pastry shops, Briós and Édesmindegy. This positioning is likely to take pressure off the cake side of things, although they do offer the relatively familiar array of sweets and sandwiches of most coffee shops.

It is however very clear that the only way forward in the given situation is to have exceptionally good coffee, to zero out the offer of the cake shops, who will probably have some sort of coffee themselves, so people will need a strong incentive to leave their comfortable chairs amidst a possible sugar coma. Furthermore, given the number of new places popping up on the third wave coffee map of Budapest as well, it would do you a world of good if there was something which set yours apart.

For Double Shot that something is in the name itself- they believe in the double in the religious way others believe in trinities. The double here is not measured in the amount of the liquid, as the lay mind is wont to believe, but in the amount of coffee used for making it, along the beliefs of the beacon of third wave coffee consumption, London, the spirit of which leaves a noticeable imprint on the look of the small shop as well.

There is an almost steampunk feel to the coffee making equipment on show on the whitewashed walls and that was an immediate clue that the end result is bound to be good- I also appreciated the fact that since I placed my order rather confidently, I was spared the lecture which is inevitable in other such establishments. Obviously, for someone who is not familiar with the phenomenon, it helps a lot to be guided along, and the rather clueless tourists popping in right before us were dutifully navigated to the safety of a choice which would make them happy. But after a while it will become more important that the barista practices what they preach instead of putting ten educative yet somewhat excruciating minutes between you and your caffeination.

While I was sipping the intensive and full bodied result which made the extra grams seem worth the effort, I also investigated the flocks of regulars dropping by- there is a special pleasure in entering a shop and having the barista correctly anticipate your choice, and Double Shot looks like having plenty of recurrent patrons. To my chagrin I will probably not become one of them for the simple reason that Sugar Rush Boulevard is off the map of my daily haunts, but I would warmly recommend it to anyone living in the area, or just occasionally dropping by, which is something I will definitely do myself perhaps more often than before. 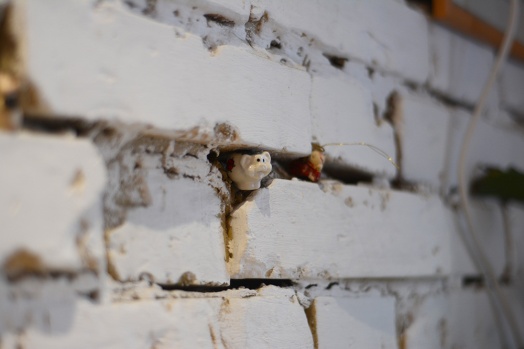 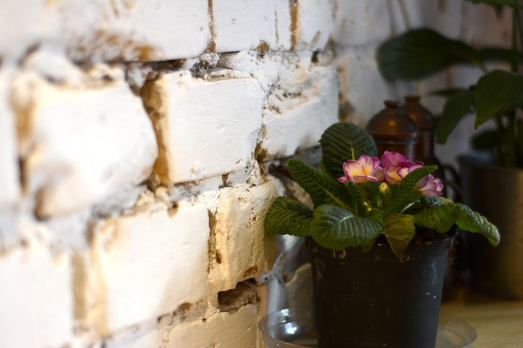 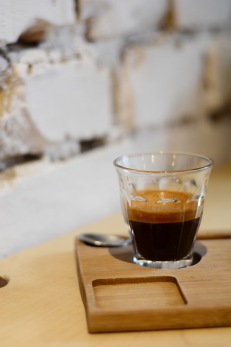