Since I’ve finally vanquished my innate laziness and switched our blog to a shiny new platform (one of those things I’ve meant to do for ages and can’t believe I’ve actually made it) I had to run through our old posts and came to the rather saddening conclusion that this autumn’s concert offering is a bit disappointing compared to other years. Sure enough, we’ve had big names, RHCP in early September, The Cure in October and Placebo are up next week, but I can’t help but feel that we keep getting the same established acts over and over again. Depeche Mode in May, does that ring a bell? And don’t get me wrong, I actually love Depeche Mode and have been to most of their previous Budapest shows, but I still wish we had some more exciting club concerts.

Though I admit the preference might be entirely personal and idiosyncratic, but for me club concerts are just more fun- the atmosphere is more relaxed, the experience is more intensive and you don’t need to fight your way with a machete to get to the toilet line or the bar. I was thus quite excited about this year’s Electronic Beats festival, since they tend to hold their concerts in cool locations, like Millenáris, A38 or Akvárium. They’re also fond of exotic picks- I’m not entirely sure I would have associated Bat for Lashes with such an event the first time it was organized, but I have grown to expect pretty much anything since, so I I did not bat an eye(lash) (yes I had to) when she was announced as arguably the biggest act to grace this year’s edition.

This was Natasha Khan’s second visit to Budapest- she had been to Sziget in 2013- this year’s tour coming in the wake of her fourth album, The Bride, released in early July. My first association when I heard the title was, naturally, I would say, Uma Thurman’s Kill Bill character and true to from Natasha’s bride also has some rather unfortunate things happen to her on her wedding day, namely the loss of the groom himself in a car crash. The album is thus best listened to as a whole and most individual songs do not pack a punch quite like the lead tracks of previous albums. 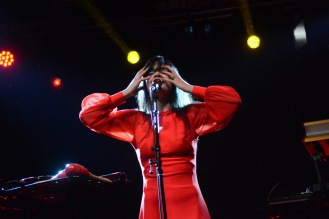 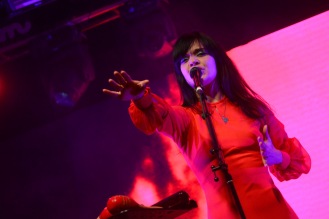 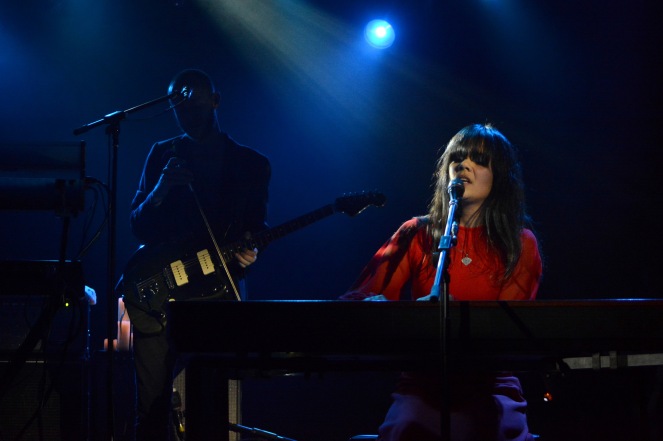 Since we touched on the back catalogue, it was with certain satisfaction that I heard a local punter correct the invading UK groupies over the name of Natasha’s first album: over elated yelps of ’Two Suns’ came a cool remark of ’actually, that’s the second’. The error of their ways quieted the screamers a bit- but just a little bit. Without delving into delicate political matters such as Brexit, it must be said that the only downside of usually exquisite British acts is that they bring a certain crowd along, the kind of crowd who tortures the bartender with the most otherworldly pronounciations of Disaronno (seems deee-zaah-raauh-noow with cranberry is the latest hype) and then proceeds to get stiff drunk on said exotic beverage and collapse somewhere along the way home. (Getting sick on some unsuspecting Budapester’s car is optional.)

The screamers were particularly unsettling since, after having been cranked up to the max during Fran Palermo, the sound became somewhat diluted during Bat for Lashes, especially closer to the stage-testimony to those strange ways in which sound travels (or not) at venues. The above litanies might however give an entirely wrong impression of the show, for in spite of all minor inconveniences, for which Khan herself was not responsible at any level, the goods were delivered. This might sound a bit dry and technical- but then again, before every concert you have a bundle of expectations and hope that they will be met and then they are you become just that bit happier. 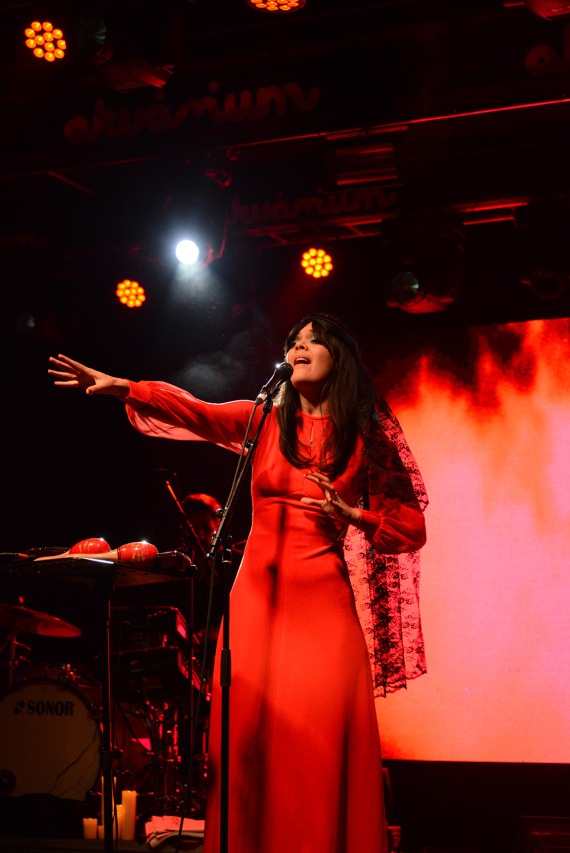 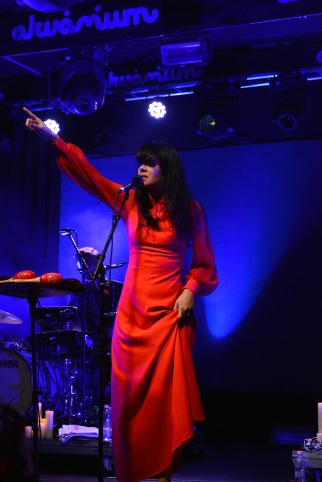 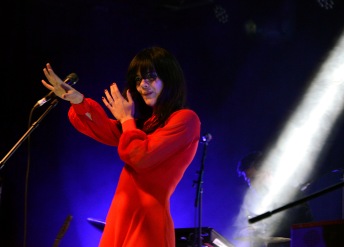 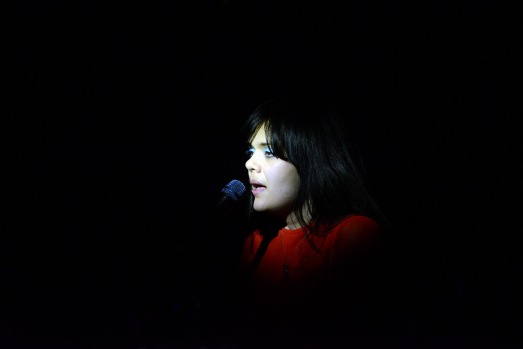 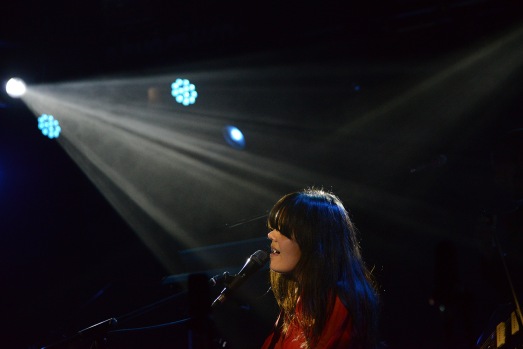 There was a bridal outfit (red with black, we’re not doing traditional here), there was a bouquet, it got thrown (maybe we are doing traditional after all), most of the material came from the last album but the major hits, such as Daniel or What’s A Girl to Do (from the much mentioned first album, namely Fur and Gold) also made it to the mix. The voice is still sublime and the songs still sound like funeral laments laced with glitter, sometimes you can even dance to them and sometimes you feel like going out in the rain to cry.

Only there was no rain, so we had to make do with the chilly November night and on our way there we bumped into a scene from Fake Tales of San Francisco, or perhaps into the song itself, as enacted by the many many members of Fran Palermo (a whole high school class, really) and their many many girlfriends and hangers on, being extremely cool but also disillusioned with life on the stairs outside Akvárium. They’d opened for Bat for Lashes and after much concentrated analysis I concluded that the lead singer moves like Ian Brown, hold his mic like Liam Gallagher and plays his guitar like Alex Turner. Which is somehow endearing and promising too- if you draw inspiration from the right sources one day you might just make it big. 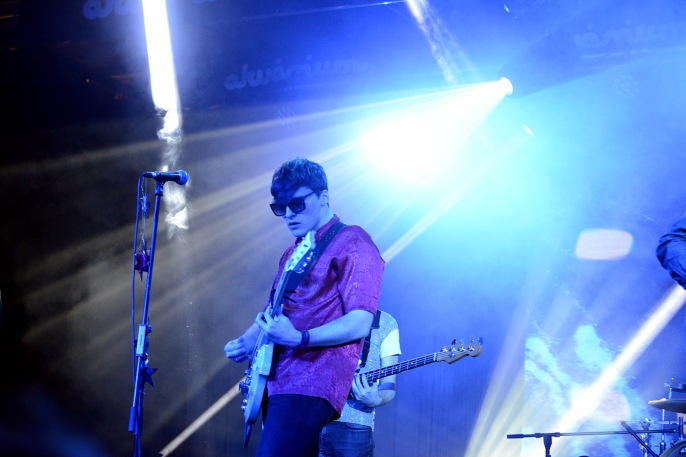 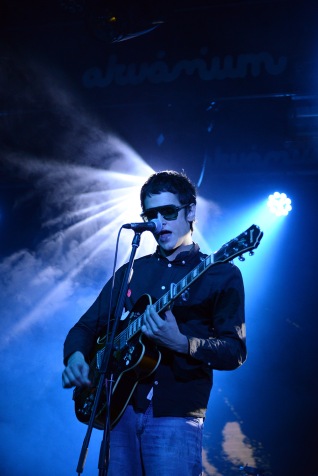 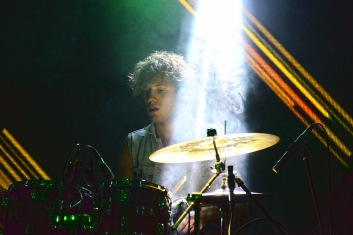 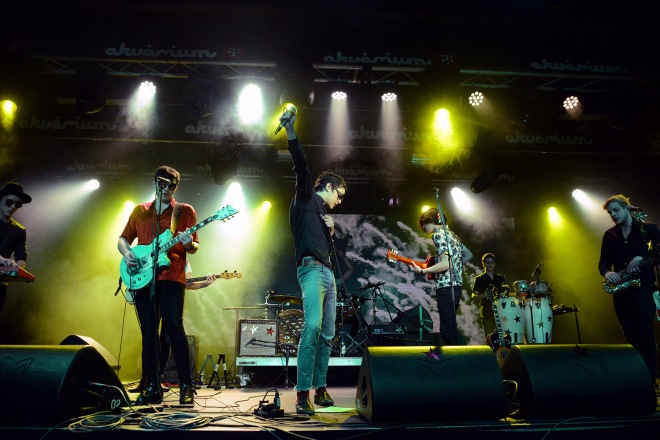 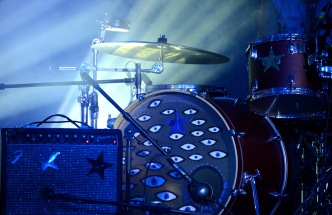 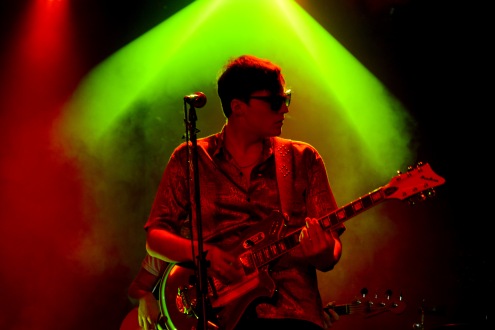