Skip to content
Some years ago I reached the breaking point where I had read about all the Scandinavian crime literature a sane human being can handle and decided to venture onto pastures new. Since Scandinavian poetry seemed to be somewhat taxing, I stayed with the crimes, but went for more sub-tropical ones, namely the books of Sicilian author Andrea Camilleri. His Montalbano series has a cult following in Italy and is also quite popular with English readers- I don’t envy translator Stephen Sartarelli for having to find a good way out of Camilleri’s charming but often uneven mix of Italian and Sicilian, but I must admit he’s being superb at it.
The thing that most spectacularly sets Montalbano apart from his Northern peers is the food. Whereas Scandinavian crime writers seem to take dubious pleasure in describing the measly sandwiches, unappetizing leftovers, sordid re-heated pasta concoctions and possibly, in the case of Icelanders, half rotten fish dishes the detectives munch on between apprehending two cold hearted serial killers, Camilleri takes a much more understandable pleasure in lavishing sumptuous meals on his hero.
This therefore leads us up to the pivotal matter of what to eat and drink in Sicily. The answer is to be found in Camilleri’s books again, when the detective, asked by his faithful restaurant owning friend what he would like to eat modestly replies: everything. Sicilian food is basically the awe inducing distillation of all the best elements of both Italian and Mediterranean cuisine.
Due to its mild climate, the island is a natural home to mouthwatering produce such as tomatoes, olives, capers, oranges and lemons, aubergines, almonds or pistachios, which then get mixed into usually rather basic but absolutely appetizing recipes. It’s also intriguing to see how, although Arab occupation is today a thing of the distant past, the elements of oriental cooking are still very evident in Sicily, setting its dishes apart from those of continental Italy.
One dish which islanders claim to be theirs (to the dismay of Neapolitans) and seems to have received a bit of Arab help in its introduction is pasta. The legend of Marco Polo bringing pasta from China is more widespread yet historically extremely dodgy, therefore I tend to side with the Sicilians on this delicate subject.  The factually sounder version is that dry pasta was brought to Sicily by the Arabs and thence, speckled with various sauces, it spread first onto continental Italy, then the rest of Europe and finally, modestly, it conquered the world. All the classical Italian pasta dishes are available in Sicily as well, but you may consider trying local ones, such as pasta alla norma (which hails from Catania and sports aubergines), pasta alla trapanese (which hails from, well, Trapani and sports almonds) or pasta con le sarde (its coordinates are Palermo and sardines).
Another tell-tale sign of Arabic traditions is couscous, which is more typical of the western shore of the island, especially around Trapani, but can be found pretty much anywhere- the classical Sicilian version is couscous al pesce. Fish and other creatures of the sea are of course staple dishes, with swordfish being the most frequently used alongside tuna, cuttlefish and seabass. This here is basically Chinese to me, as the names of fish in any language have always been esoteric mysteries. I am kind of happy I can tell a shark and a dolphin apart, and know that the latter is a mammal. Actually, it’s more than Chinese, basically a translation from Mandarin to Cantonese- I just jutted down the Italian names from the menus, and then googled them English.  I can however vouch for the swordfish, which I have already tasted in Greece previously and found to be un-fish-like enough for me, and also recommend pasta dishes with swordfish.

A crowning achievement of Sicilian cuisine is caponata- eggplant salad with capers in a sweet and sour sauce, which, according to the region, can be un-vegetarianized with octopus, lobster, shrimp or the by now oft mentioned swordfish. The island also has its singular and pretty ancient street food item as well: arancini are thought to date back to the 10th century and Arab rule. They are small orange shaped (hence the name) rice balls deep fried in bread crumbs and usually filled with ragù, mozzarella and peas. In the Catania region they are generally more conical, which I found to be not very congruent with the name, but they taste absolutely delicious nevertheless. 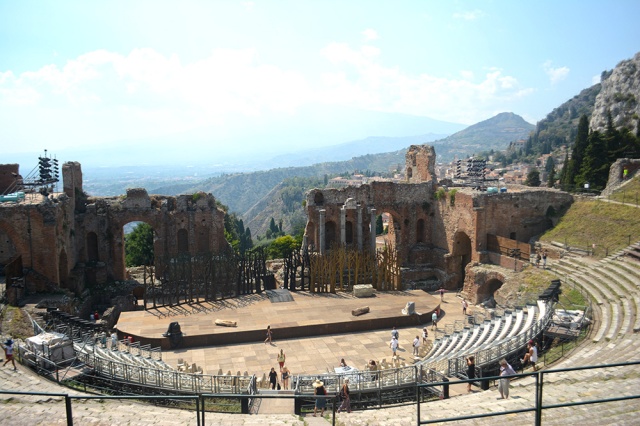 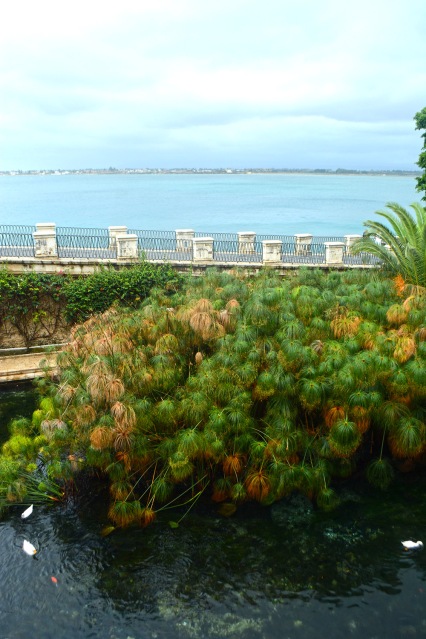 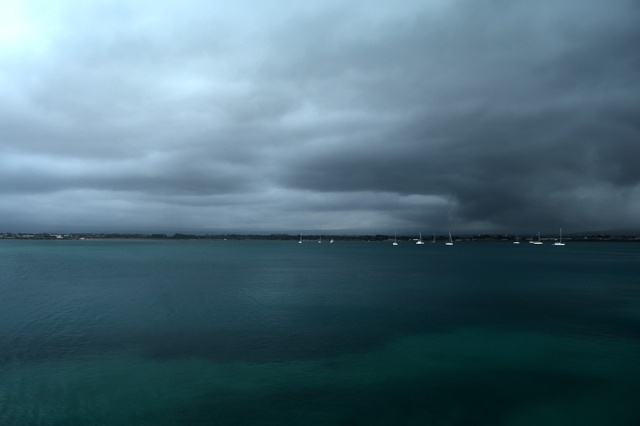 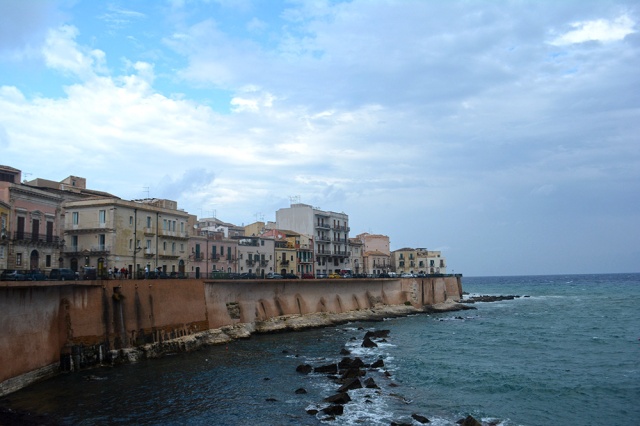 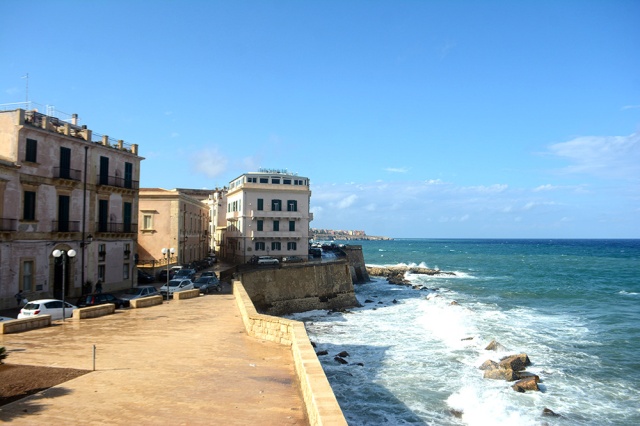 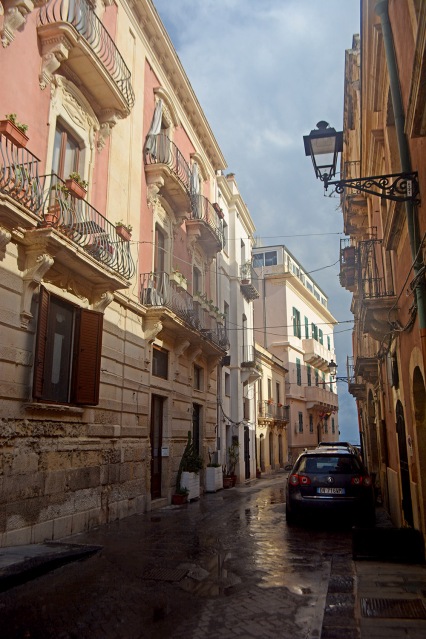 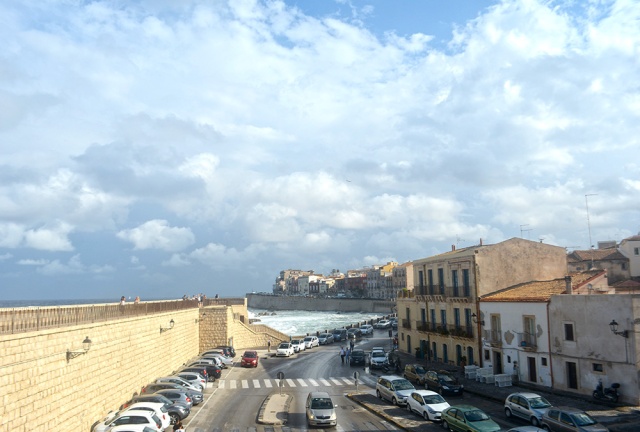 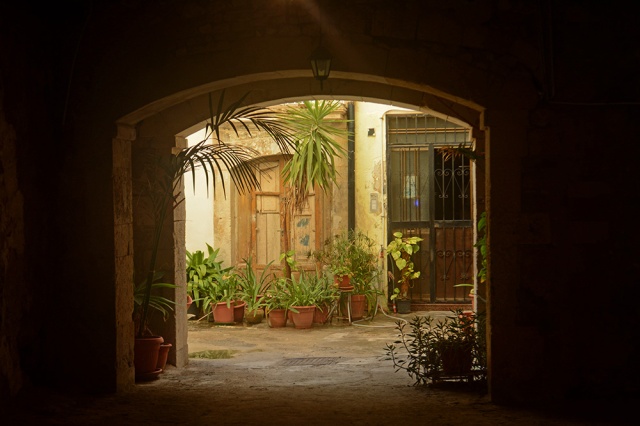 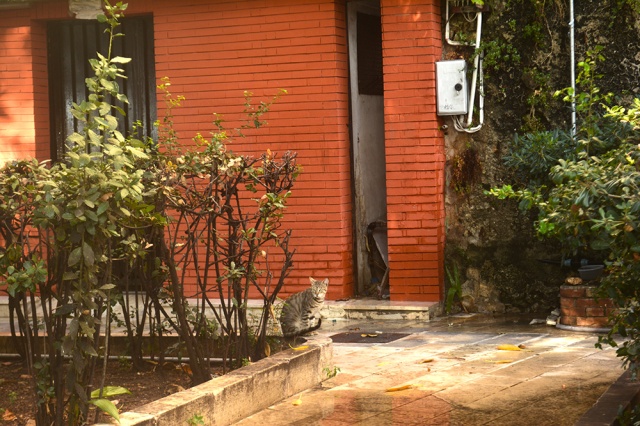 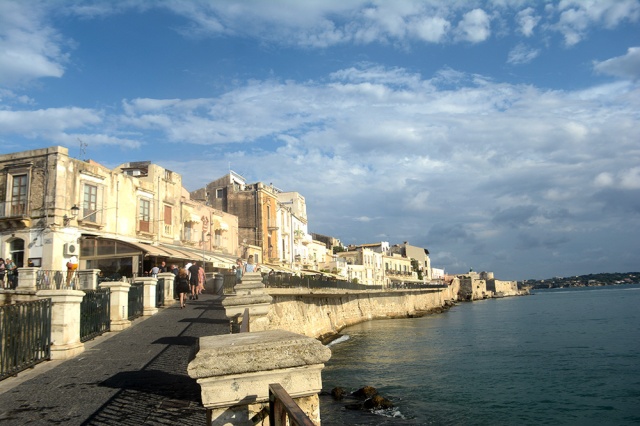 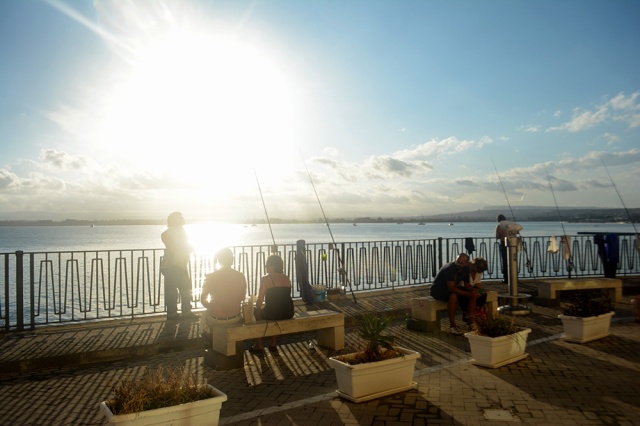 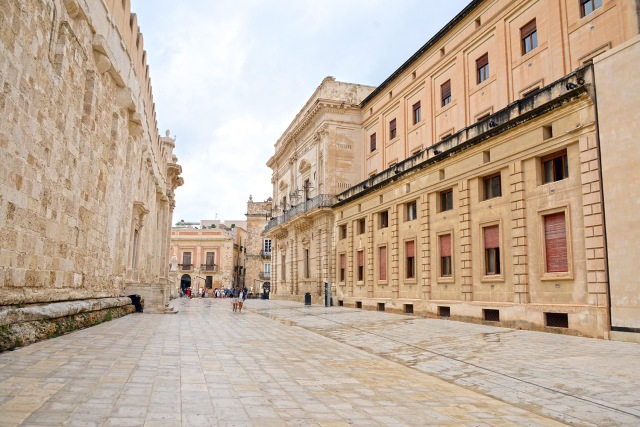 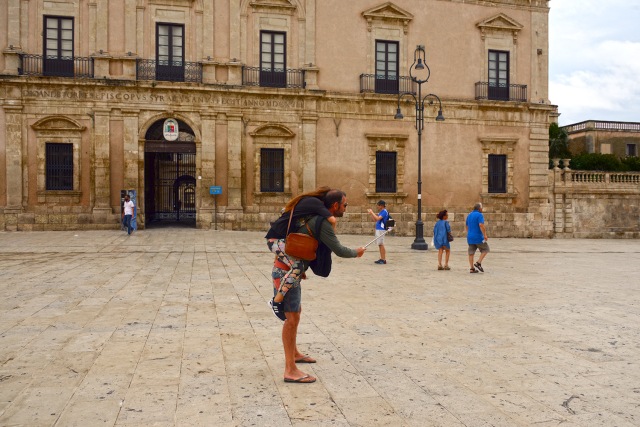 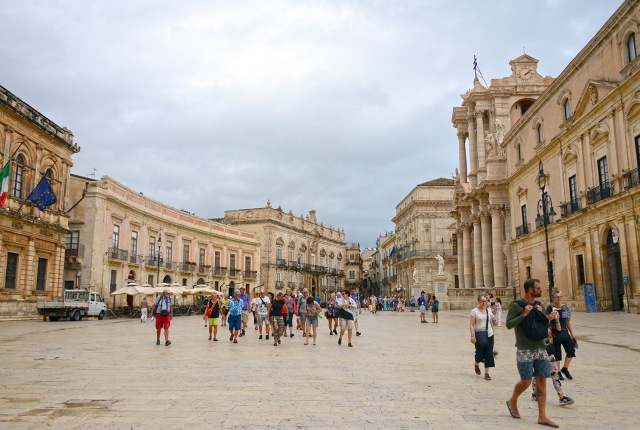 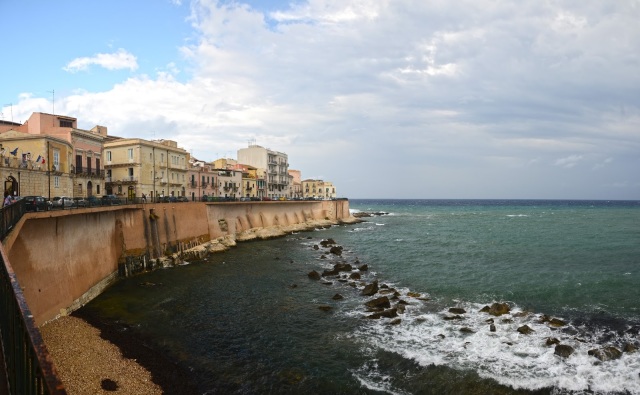 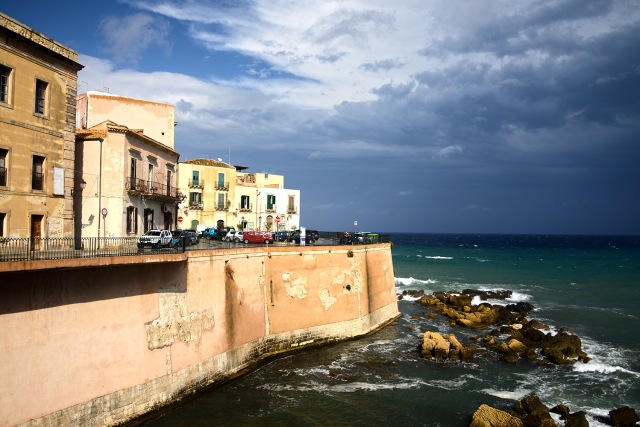 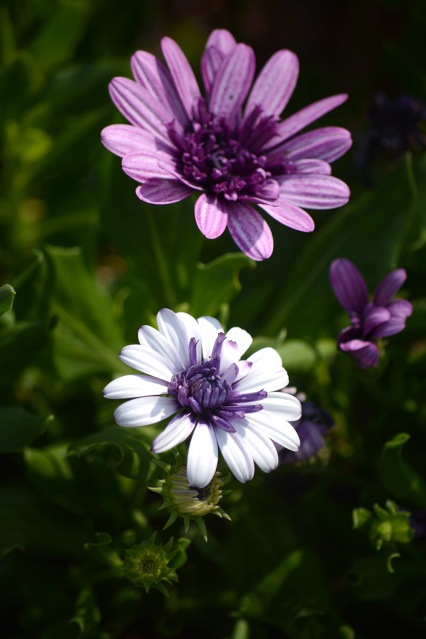 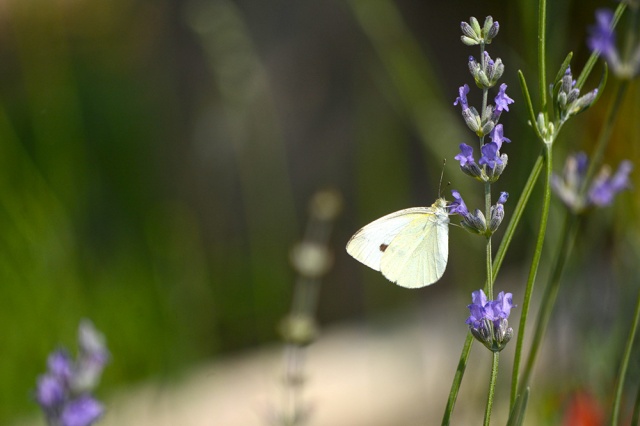 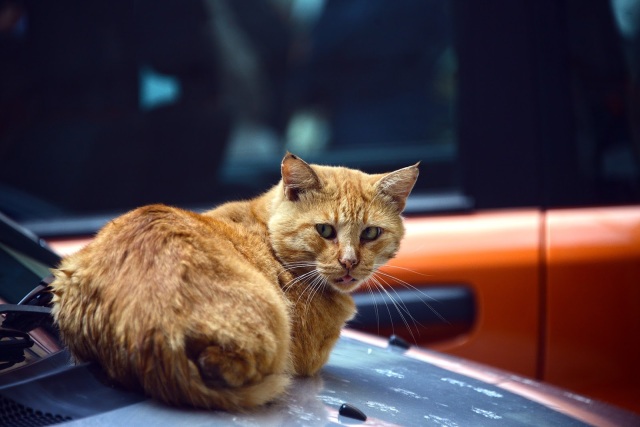 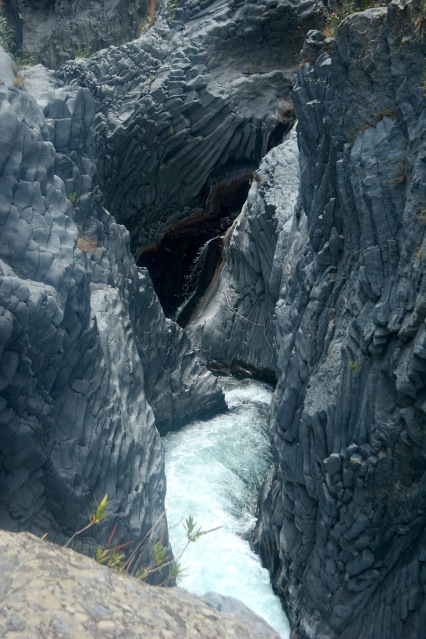