Skip to content
All I can remember about the previous time I saw UNKLE on the island is that I was very tired and I liked it. Well, not being tired, but the concert itself. Speaking of being tired- it is pretty much self-understood that as you age, you are supposed to become worse at festivaling and will slowly but certainly turn if not into a Kafkian beetle who doesn’t quite understand why it ended up in this hell of fire and dust, but at least a morose individual complaining about back pain and the quality of rosé.
In my experience, however, as Sziget edition followed Sziget edition, I started to recall ever fewer concerts where I was devastatingly tired and I put this down to have becoming, well, wiser:  cans of beer are now regularly followed by water, I do rest during the day as well, and I’d rather eat a decent meal at a decent hour rather than wait for that absolute festival hunger to kick in and then stifle it with the first greasy sandwich that comes my way- those sandwiches were somehow invariably the worst meal anywhere on the island and I always regretted them dearly.
This process can of course also be called becoming boring, though for me it would have been great to be boring at twenty, because I always preferred enjoying a concert to passing out in the party tent- as a matter of fact, I only discovered the very existence of such party tents after several years of szigeting, and visited them more out of anthropological curiosity than anything else.
Given that UNKLE hail back to that golden age of trip hop of the nineties, it was then quite understandable that those in attendance in A38 were often of that wiser sort, happy to submerge themselves in the soundtrack of so many past festival summers. As a matter of fact, UNKLE could be called the soundtrack band by definition- although their album output might seem scarce for such a long career, the songs they did make ended up being used in films, TV programmes and even commercials at an astounding rate. People completely unaware of UNKLE’s existence will nevertheless instantly recognize a good many of their songs, perhaps from an episode of CSI, or Top Gear or a BMW advert.
Some might say that this discredits their endeavours, but I actually quite like the idea of UNKLE being catchy in a subversive way- just as I liked their pretty smug delivery during the concert, for they are the type of band who sounds good even when, or especially if, not trying too hard. This was the main complaint I heard voiced against them by those who had finished blasting the rosé: that the show seemed to be played too clinically. The sound was great, the visuals were great, there was banter too, but it seemed a bit too clockwork. So it might have been, but then again much of UNKLE’s music sounds like cruising through life being superlative (hence the tantalizing efficiency as soundtrack material), and you can’t be superlative if it looks like you’re trying too hard. 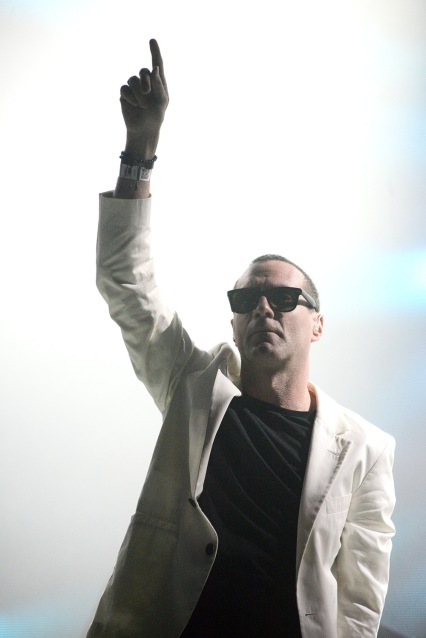 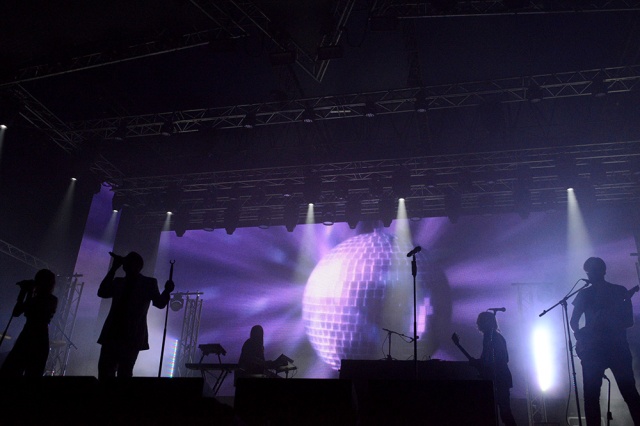 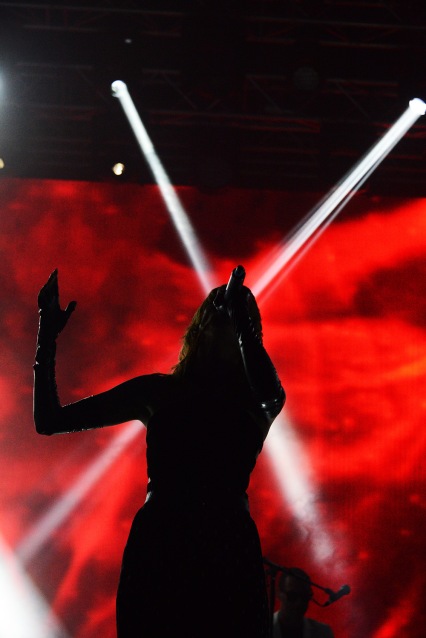 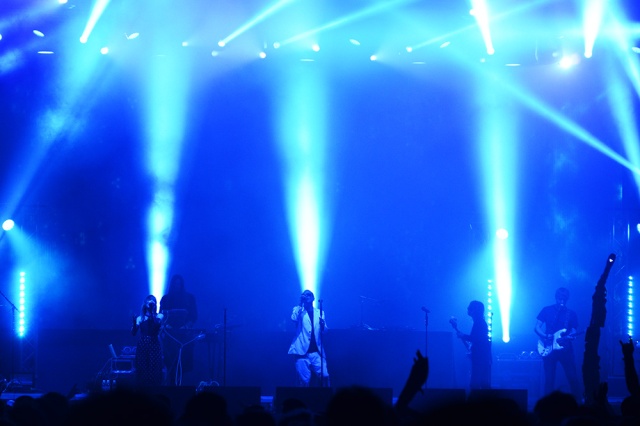