Skip to content
As I had already confessed in one of my pre-Sziget line up round ups, Passenger for me kept being the guy with that intensively radio friendly song. And before we blow things out of proportion: intensively radio friendly is not a derogatory term at all, it simply denominates a very catch tune I very much like. Apparently there is another very catchy song with a very similar title- namely Let It Be from the sound track of Frozen and it ruined poor Passenger’s life as people kept confusing them. If it offers any solace to Mike, Let It Be is intensively hateful as far as I am concerned and cannot be mentioned on the same day as the lovely Let Her Go.
Putting such technicalities aside I now again come to the point where I am running for my life from the claws of Martin Garrix’s vile onslaught of boring and annoying machine music. And get to Passenger’s tent and have faith in humanity restored. If there’s any gimmick to his show it’s that there aren’t any. He comes with a guitar, he plays great tunes, he even does good covers. (This being one important take away of this year’s Sziget- not everyone can cover songs graciously, and we should cherish those who do.) He links his songs with little introductory bits that are genuinely engaging and funny, something not all musicians can and/or want to do- won’t elaborate on the Death Star pun here, as it was already mentioned in the daily review, but that was one of those things that will etch the memory of this concert in my mind as a Sziget classic.

I now have to confess I often read bad reviews of concerts I liked just to pump up my adrenaline levels by getting worked up over pretty much nothing. So here it goes, to the guy who said Passenger was boring, you my friend have no soul left, because Avicii and the Garrix person burned it out of you with lasers and musical mediocrity, and are therefore utterly and irreversibly hopeless.

Now, I liked Florence and the Machine, I liked them a lot, I even sacrificed the superb insanity of a Future Islands concert so I could watch the entire show, because it was riveting and never lost my attention. I also thoroughly support the idea of many more female fronted, or why not all female, headliners. There was however something that kept on nagging at the back of my mind throughout, not quite taking a coherent shape. There was something slightly off with the performance, I just couldn’t put in into words.

As we have learned from any detective novel that’s at least half decent, such case solving illuminations always come when you least expect them, so the idea struck me in the dead of night, while pondering going out to the kitchen for a little something: her show is simply too structured for the outpour of emotion she would like to convey with it. You should not really plan emotion, but she does- it’s not that it isn’t really there, it’s just that it has, well, a machine built around it, that functions like clockwork ginger. It’s a bit like the flower wreaths she keeps popping on and off her head: pretty but ultimately plastic.

It is of course completely clear to me that the quirky Florence of Lungs could hardly have fronted the main stage, either on Sziget or at Glastonbury, so here comes the revolutionary observation of how one needs to make some compromises on the road to superstardom.  So the thing is, I somehow did not want her to become a superstar- yet I am somehow glad she did. 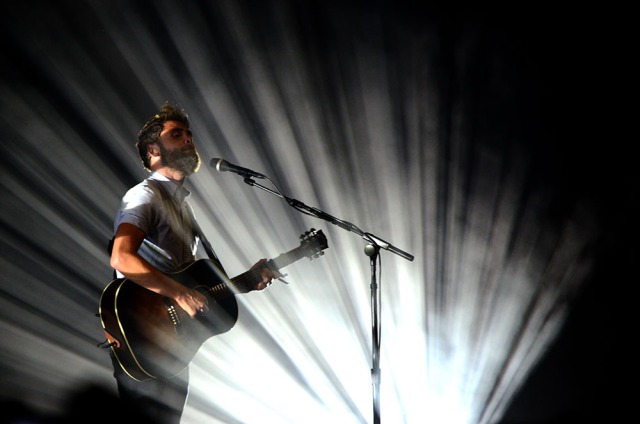 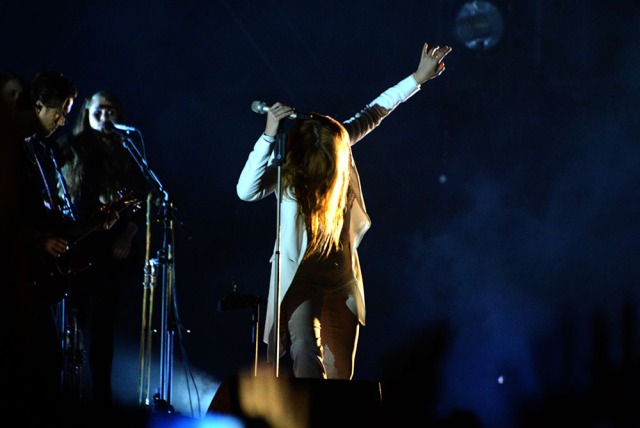 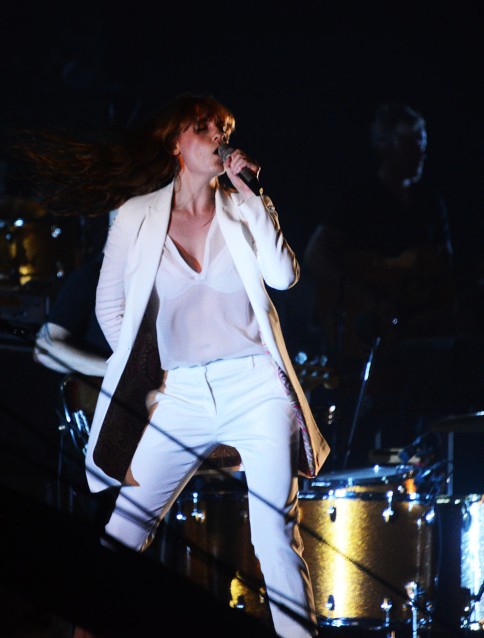