Skip to content
As we were walking across the K-bridge it became evident that the crowds queuing to get in were considerably larger than during the previous days, but also crossing the security check point faster. In true Sherlockian form we immediately deduced these are day ticket holders, who are less of a hassle for the guards as they don’t bring in tons of food and water.This must be a sign of the times, oh wait, with a jolt of pain it suddenly dawned on us: Lord Almighty, Avicii. And indeed, by late evening, combining the apparently unstoppable pull of Avicii and the always evidently unstoppable pull of Friday, the island was at full capacity.

But don’t expect any grumbling about that- sold out days mean our beloved festival can soldier on year after year. And having a silly headliner pack the main stage area in the evening means two blessed things: we can still thoroughly enjoy the previous band (who should have been, and technically were the main musical act of the night, but more about that later) and then we can walk around relatively unbothered on the island while some lights are beamed off from the main stage to the sonic background of, erm, nothing- but more about that later as well.

For we must now, hard as it is, make some space for the day’s first main stage act. It could have been slightly unfortunate that Awolnation rhymes with abomination, but it’s actually sublimely fortuitous: they are just that. The only positive (?!) side to them is that the lead singer sounds scarily like Chad Kroeger of Nickelback fame, and since the latter had just cancelled their Budapest gig, this could have been some sort of consolation for any rabid Nickelback fans out there. (We took a break here to laugh hysterically at the thought for ten minutes or so.)

The overall impact of Awolnation was that everyone suddenly became uninterested in everything, even the very important people enclosure felt strangely apathetic, the important people musing on the fact that maybe they are less important than they thought, and definitely less interesting, life in general is uninteresting and the contagion spread to us as well, so we suddenly found our cameras strangely uninteresting, we just idly fidgeted with the buttons overcome by mild existential angst and took no pictures at all of Awolnation. They only have themselves to blame.

This aggression could not stand, so we decided something must be done to raise the standards of the day, and we found the answer. Vivaldi. Take our advice on that- whenever you feel like maybe Sziget is not giving you what you deserve, head out to one of the alternative areas. In less than an hour we got a dose of classical music, watched some tango and investigated the Museum Quarter tents and the Hungarikum village area, where a village gnome was playing a tiny violin in a cage of sorts. You read that right.

Thus recharged, we headed back to the main stage, where our lazy photographer was suddenly energized way beyond what we thought possible for him by the purple leotar…I mean musical accomplishments of Marina Diamandis of Marina and The Diamonds. But yes of course we must discuss the leotard, because it was a sight to behold, and suddenly made everyone realize, that in spite of all the Awolnations of the world, life is beautiful. It must also be mentioned that Marina is not just a pretty girl in a pretty leotard, there is something utterly charming in her quirky electro pop, although it crossed my mind that it still would be better suited for the atmosphere of the A38 tent, as the set seemed to lose force every now and then in the still devastating afternoon heat.

Speaking of A38, it was hosting The Subways in front of a relatively scarce but rather intense crowd. Which is extremely telling of the band’s following: their brand of bubblegum punk is an acquired taste many might not necessarily wish to acquire, especially not if they’re over twelve. It never ceases to amaze me how certain bands, once they found a recipe that works, even if only a little, stick to it with enviable force, slowly alienating older audiences and getting hold of fresher ones, still in a state of impressionable youth. To further add to these observations, we again have useful import from our fellow photographer on the reason for Subways’ existence: the girl wants to make music to shake her hair to. In that she gets a ten out of ten and we are happy to leave the tent for this day’s take on being totally immature in front of the main stage: throwing coloured dust at each other. This one goes down a blast as well, causing a giant rainbow cloud to raise above the island and then we’re in for the main concert of the day.

Yes, Kasabian were the band delivering the good stuff, and there should be no doubt about that. In a frenzy of useful remarks, our photographer mentioned how they were more coherent this time than previously, and he hit the nail on the head. They are at the point in their career when the back catalogue easily allows for a set jam packed of hits, and the delivery matches the songs. They’re not overdoing it either, gushing about the loveliness of the night and the people- they do compliment the crowd, Tom does intensively yell out Budapest a dozen times or so, just to make it clear they know exactly where they are, but they also engage in some good humoured banter and well, celebrate their rock starness, which is the least you expect from a bunch starting out as lad rock.

Above all, they seem to be having an awful good time, and they pull you along- I mentioned how thinking of LSF being played live always makes me giddy with excitement, and this night was no exception. It just adds to the tally of how many times Kasabian proved to me they are a concert band by excellence, so next time, pretty please with sugar on top, let them have that 9:30 slot, few bands deserve it more these days. And because we’re doing such a great job at relevant observations, here comes another gem: while Tom, good Irishman that he is, piled on some baby fat as the years passed, Sergio seems to come from the same Valhalla of musical demi-godness as Paul Banks: no sweat, legs apparently getting longer and slimmer each time. One day the man’s going to turn into an ice giant of rock coolness and I want to be there to celebrate it.

I am happy and fulfilled now I managed to mention Sergio’s legs in yet another context, and therefore have plenty of energy for a rant. The story of Avicii, sorry ◢ ◤,  begins somewhere in Sweden (I wanted to poetically add something like a frozen over Swedish back water but the man is disappointingly straight out of Stockholm). So the young man we are talking about is therefore Swedish and likes nice neat similar things, like evenly sized meatballs and IKEA racks. So he sets out to do something, but he can’t cook or assemble stuff.

He therefore has an idea that will revolutionize modern world: let’s make many, many, I mean MANY songs that are all completely the same. Let’s make light shows to these songs, that are also completely the same as any other DJ’s light show. Even a bit worse, cause Swedes like lo-tech do it yourselves solutions. Let’s choose a name that can be represented as a symbol, cause that seems to be widely accepted as cool and creative. And let’s market these things as the best thing that happened to humanity since ABBA won Eurovision. And then, in some miraculous way, this super humanly daring feat worked, and Sziget sold out it’s Friday with a record attendance over a man sitting behind a giant table blasting uniform nothing into the great wide open. The magnificence of life is that it will forever stay unexplained and unexplainable.

Caught up in the sheer mental and emotional emptiness created by Avicii’s DJ set (not a concert, never will be), I seem to vaguely remember being to a Gaslight Anthem show, which gave me the distinct impression that these people went to bed one night thinking they are an indie band, and woke up thinking they are Bruce Springsteen. Well crafted and harmless music, but definitely not something to jolt me back into life.

For that I needed the Dropkick Murphys. They were in A38, the tent was full and shut down as a consequence, the sound was as bad as it gets, the crowd sweaty and erratic but their show felt like something. It felt alive, it felt like it’s good to be alive, to be together, to have these days and nights of surreal pure joy. Yes, it’s punked up Irish music, but it has a soul. It made me think of Tom Meighan’s shouts over the crowd. Budapest, Budapest, Budapest. I FEEL you. 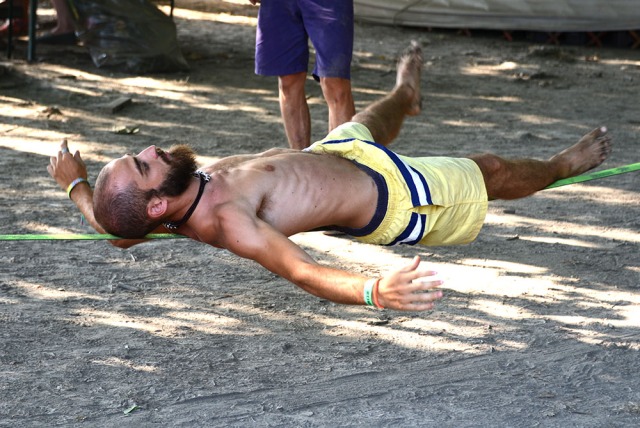 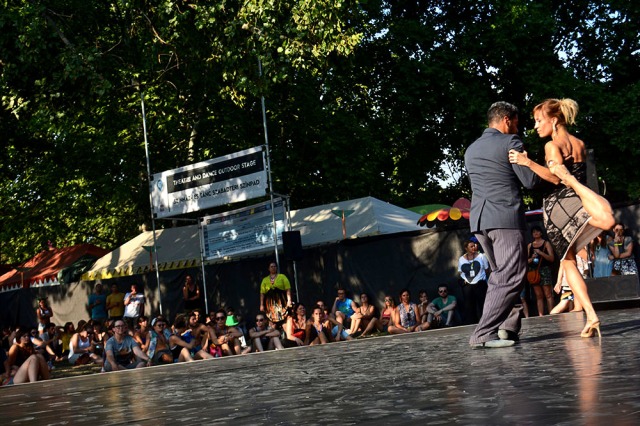 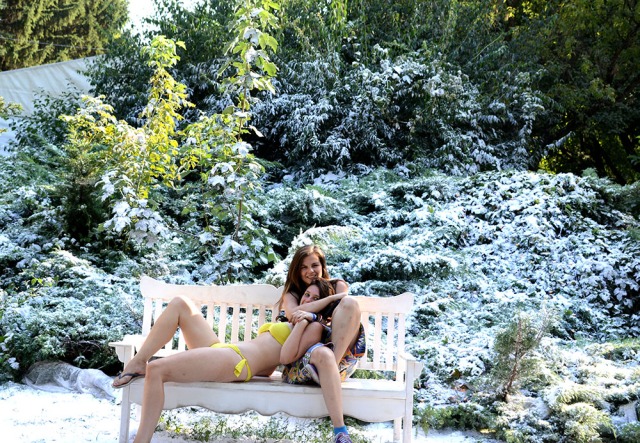 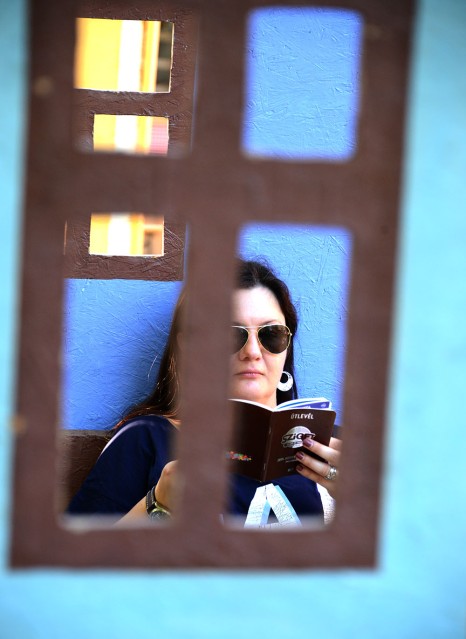 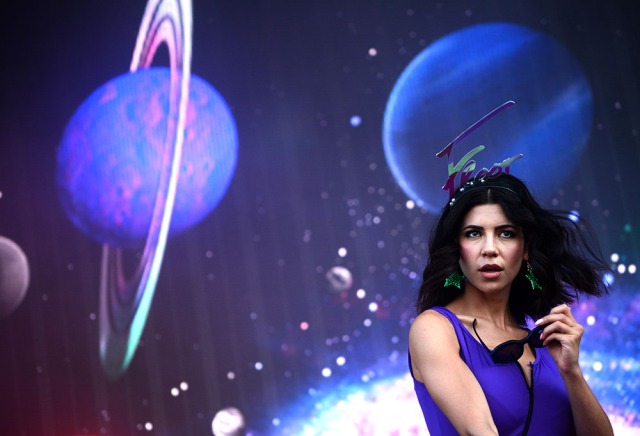 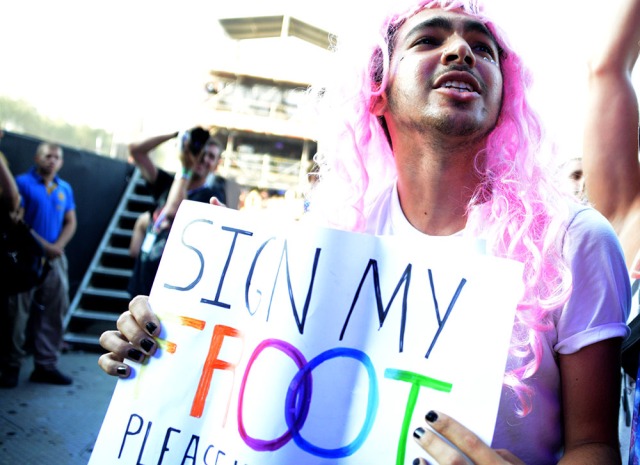 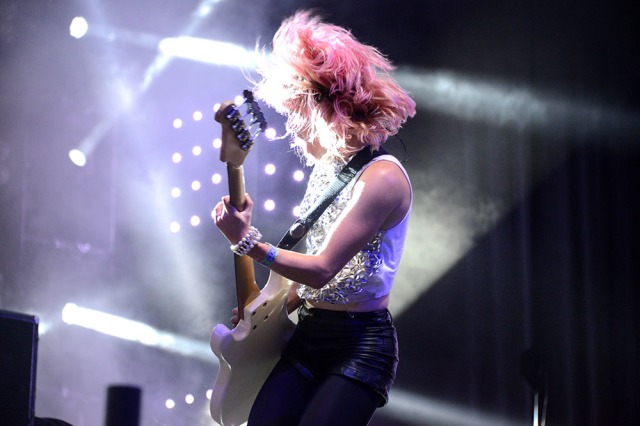 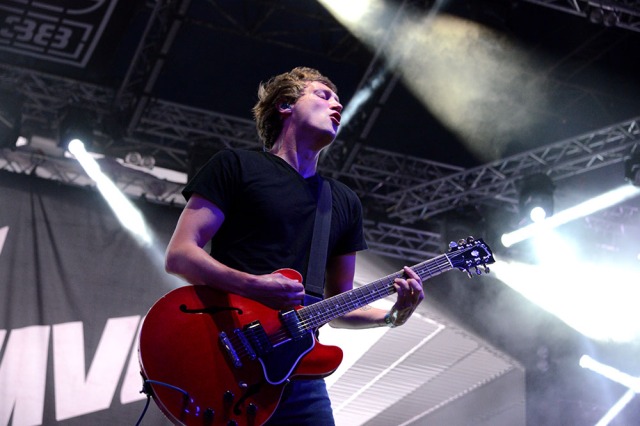 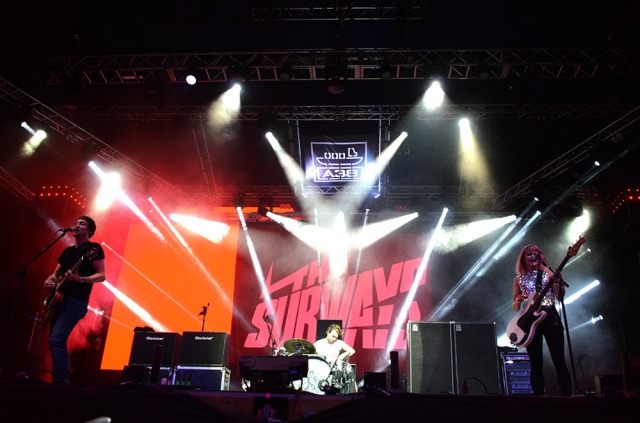 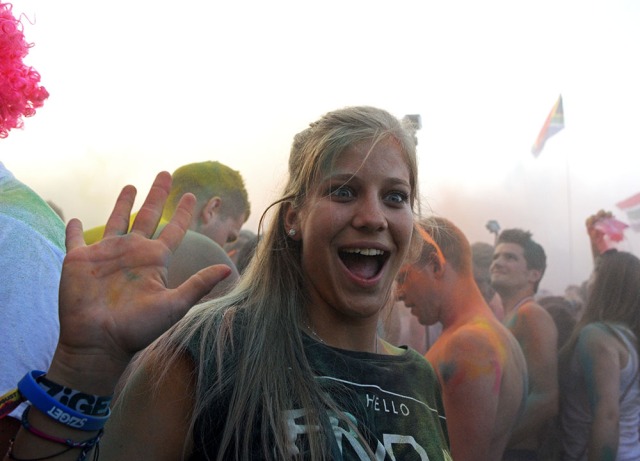 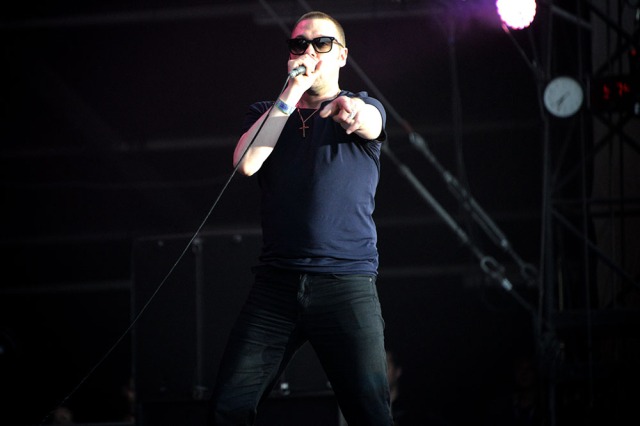 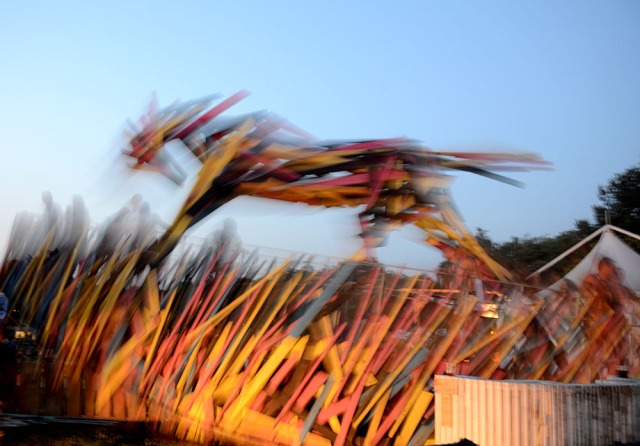 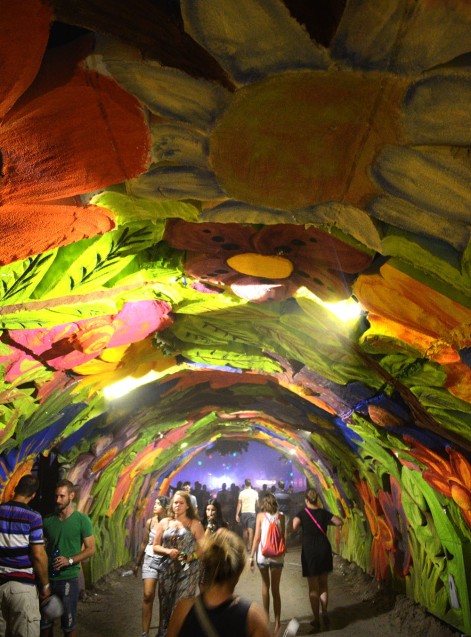 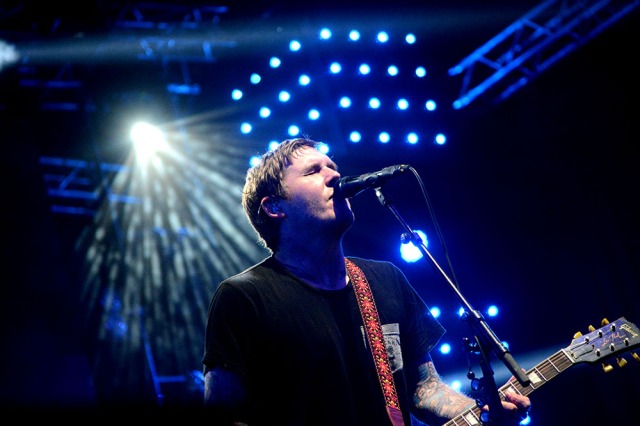 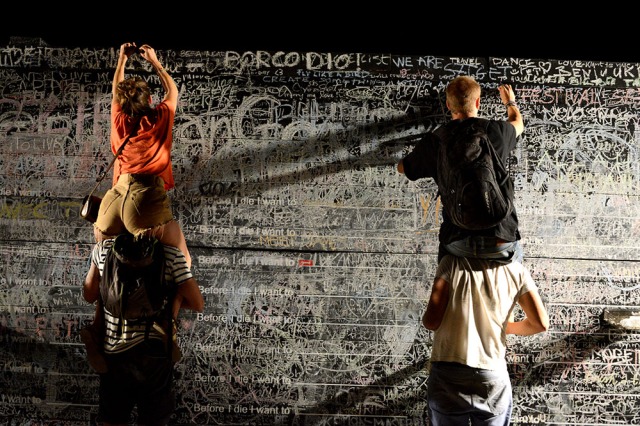 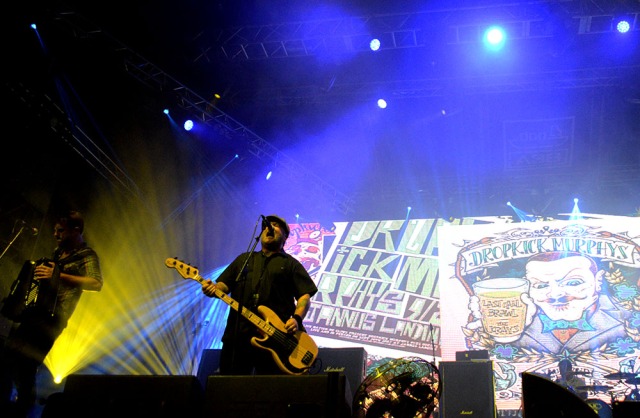